Those eleven years of government certainly had an impact, but not the one the Liberal PM is usually credited with 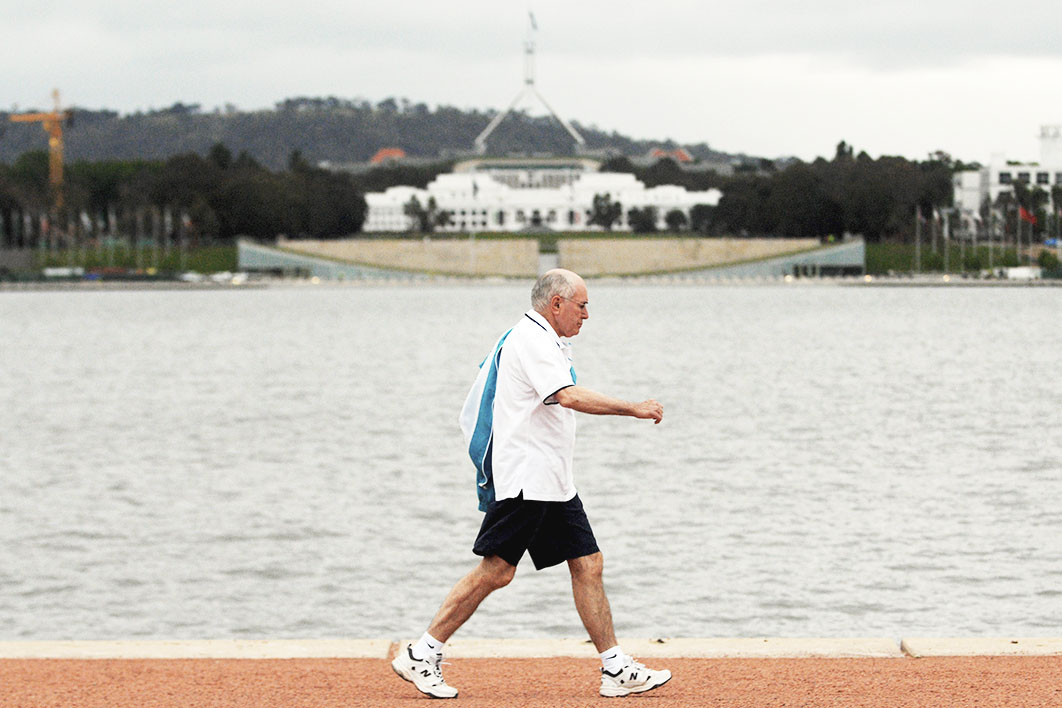 John Howard, who took office in a landslide win twenty-five years ago this week, was our second-longest-serving prime minister. But he was number one, by a long way, when it came to political luck.

Not in the sense that luck kept falling his way, but that he enjoyed one massive chunk of it: becoming opposition leader the year before an election that was almost impossible to lose. And this meant he happened to form government just as the international economy was hitting its stride for the longest period of economic growth since the postwar boom.

Yes, you also make your own luck. Howard was disciplined, intelligent and hard-working. But ask overseas contemporaries like Jean Chrétien (Canada 1993–2003), Tony Blair (Britain 1997–2007) and Helen Clark (New Zealand 1999–2008) what they reckon about governing during that astonishing time: facing oppositions burdened by having presided over the early 1990s recession; able to brag about low inflation, low unemployment and low interest rates (at least by 1970s–90s standards); blessed with house prices blowing the roof off and budgets returning to surplus. A swathe of Australian Labor premiers and chief ministers also jumped on board. The mining boom was but icing on an already sumptuous cake.

And yet, while most of the leaders above chalked up record-sized election victories, the Howard government’s margins were underwhelming.

Howard led what was and remains the biggest-taxing government in Australian history. That’s not a criticism; it was a function of all the dough sloshing around. Federal tax receipts peaked at 24.3 per cent of GDP in 2004–05 and 2005–06, and averaged 23.4 per cent across his eleven and a half years. His successors could only dream of such largesse. (The 2010–11 trough of 19.9 per cent was the lowest since the 1970s.) If 24.3 per cent of GDP had flowed into the Rudd and Gillard governments’ coffers, all their budgets would have been in surplus. Even 23.4 per cent would have produced surpluses for most of them, and that’s without taking into account the increased spending that economic slowdowns inevitably produce.

Actually, Howard enjoyed one other bit of excellent luck. How good was losing office in November 2007, eight months before the bottom fell out of the world economy? His splendid record remained in place; he dines out on it to this day.

Howard’s reign can be neatly sliced in two. The first half, 1996 to 2001, was mostly characterised by a curious torpor, electoral disappointment and low-to-mediocre approval ratings. Just eighteen months in, with the Labor opposition in front in opinion polls, finance writer Max Walsh punted in the Sydney Morning Herald that “the odds are against John Howard leading the government to the next election.” Press gallery doyens like the Australian’s Paul Kelly lamented the lack of leadership. Howard clung on against a backdrop of chatter about a switch to Peter Costello.

But the 2001 election win — post-Tampa, post–September 11 — transformed all that. Having appeared to be heading for defeat (though the polls were already tracking upwards before the Norwegian ship entered our waters), Howard’s approval ratings shot up and remained healthy right to the end. After the 2001 victory, commentators, friends and foes alike, fell at his feet, apologising for ever doubting him. Have a squiz at the late Alan Ramsey’s gushing correspondence.

Having come back from the dead, he now stood for something all right: political success. And that which was seen as his Achilles heel, an obvious discomfort with modern, multicultural Australia, was now seen as the very secret of that success. After asylum seekers were falsely accused of throwing their children off a boat in October 2001, he was finally in his element, declaring, “I don’t want people of that type coming into this country.” (Yes, the whole boat was judged on the alleged actions of a few.) Out and proud, then vindicated by the election result, he never looked back. In those pre-Trump days, he was an outlier among Western leaders in his willingness to indulge in such inflammatory language. (Italy’s Silvio Berlusconi was another.)

Our national storytellers, in academia and the fourth estate, competed to construct the most glorious portrait of this man with the astonishing common touch, who held the electorate in the palm of his hand. Forests were sacrificed for the “Howard’s battlers” fiction. Best of all, perhaps, he was now a “conviction politician!”

The previous Liberal prime minister, the toffy Malcolm Fraser (1975–1983), enjoyed bigger election wins than Howard, including in Sydney’s fabled western suburbs, but you know what they say about facts and good stories. Howard’s success was deemed unprecedented, and its proffered causes became more and more fantastic. (Some examples of superlative overload can be found in the first paragraph here.)

But the assumption implicit in so much commentary — that his longevity rested not on a booming world economy but on what is euphemistically called “values” — is a slander on Australian voters.

Was his a good government? Answering that is hopelessly subjective. He had a calm temperament and ran a good cabinet. Did it do good things? Sure, why not? I just can’t think of any big ones right now, other than the GST, and neither can you. That tax policy, notable more for its status as an emblem of his “conviction” than its earth-shattering importance, came into operation in 2000. What did he do for the next seven years? Budget surpluses! Winning culture wars, flaying Labor, bestriding the political landscape!

So what is Howard’s legacy, apart from his own ludicrously overblown political reputation?

During his prime ministership he would frequently opine, particularly during election campaigns, that one of his proudest achievements was that Australians now felt freer to discuss uncomfortable topics — by which, of course, he meant matters of race. (Since leaving office, this point has generally been absent from his retrospective boasting.)

If a politician’s legacy consists of something that would probably not have occurred under another prime minister of either party, then this is where Howard’s lies. He did make a long-term difference: to the behaviour of the political class, to the conduct of the Coalition and Labor, and to the way the media covers politics and wider current affairs.

Was this not why he won elections? Did he not speak for ordinary Australians? Weren’t those who objected simply expressing sour grapes?

Sol Trujillo, of Mexican heritage but born in America, was Telstra boss from 2005 to 2009. His tenure was marked in the media by references to “amigos,” “tortillas” and “enchiladas,” and he later told the BBC that racism in Australia “was evident in a lot of ways with me personally but more importantly with others.”

Howard didn’t make Australians racist, but he did make casual racism respectable again, and retarded our country’s journey on that learning curve that many are always on, re-evaluating the past, interrogating our assumptions, examining our behaviour. We now have a reputation. Visitors notice it. BBC correspondent Nick Bryant, who was stationed here for several years, noted the casual racism in “polite company”; the British-American comedian John Oliver found Australia “sensational” yet also “one of the most comfortably racist places I’ve ever been in. They’ve really settled into their intolerance like an old resentful slipper.”

It remains enmeshed in our political sphere, precisely because it is believed to be good politics. It pollutes our asylum seeker policy. And, yes, behaviour at the elite level does trickle down.

That is John Howard’s chief legacy, and it’s not one to be proud of. •