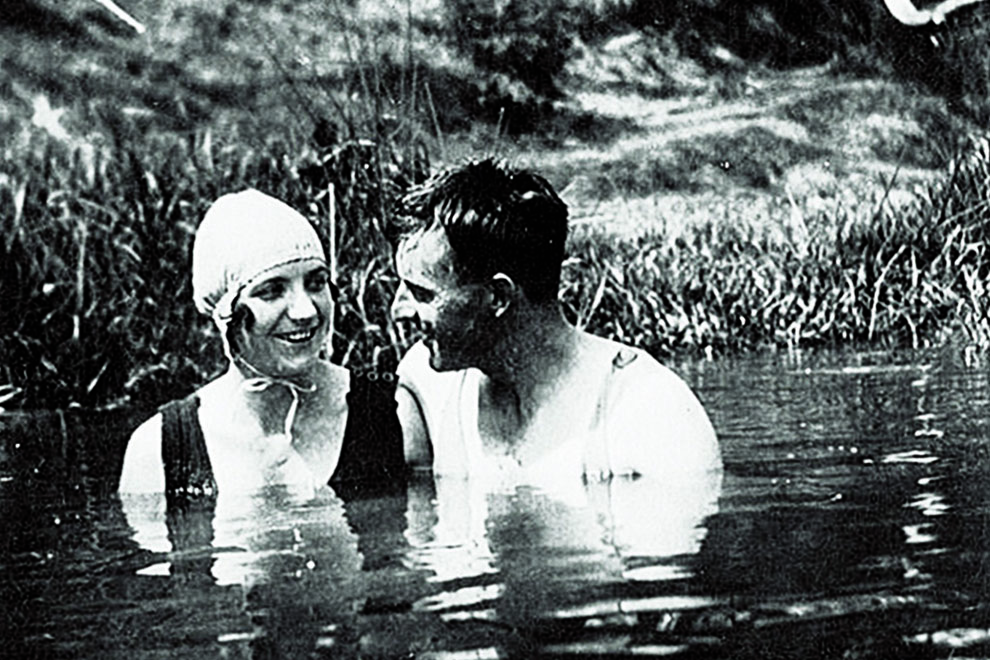 In the age of reality TV, Twitter and Facebook, the task of understanding the values that animated a lost world of private family intimacy is a daunting one. This kind of past has become an even more foreign country than it was a generation ago. Divorce was not just the failure of a marriage, but also a scandal. It required proof of a matrimonial offence – usually adultery – which, if the details proved sufficiently alluring to reporters, might end up all over the pages of a scandal-sheet like the inaptly titled Truth, marking everyone concerned with a share of the disgrace. Lifelong marriage was more than just an ideal; it was an institution backed by powerful religious and social sanctions.

The old Australia is so often recalled as a place of rough egalitarianism and easy informality, in which old-world rules, conventions and customs dissolved in drinks and mateyness. But it was also a place with a fairly rigid moral code, one heavily indebted to Victorian and Edwardian ideas of respectability. The sexual double standard and the ascendancy of the male breadwinner meant that the burden was greater for women, but the demands on men were also heavy in a society that rewarded respectability, discretion and restraint – and punished their absence. Historians have expended much energy trying to recover some of the complexity of the social codes and rules that prevailed – and none with more distinction or success than John Rickard.

The Melbourne-born Rickard came to academic life rather late, at Monash University, after a career as an actor and singer, the early years of which figure in this fine memoir. His first book – published in 1976 and based on his doctoral thesis – was a groundbreaking study of class in Australian politics in the formative period around Federation. His interest in both class and era remained, and he followed up in 1984 with an outstanding biography of the politician, social reformer and arbitration court judge H.B. Higgins. Later, he would publish a fascinating experimental study of the Deakin family (1996). In between, in the year of Australia’s bicentenary, came a lively and widely admired cultural history of Australia.

In all of this work, Rickard reveals an interest in the intimacies of personal life and their entanglement with public careers, images and ideologies. He also engages with the possibilities of applying psychoanalytic insights to past lives, an approach made explicit when he borrowed from Freud the title of his book about the Deakins, A Family Romance. But it is easy to overlook – or at least, as a reader, to put aside – the psychoanalytic inspiration in Rickard’s work because he eschews jargon, avoids theoretical scaffolding, and has always treated the writing of history and biography as a fundamentally literary endeavour.

These virtues are apparent again in An Imperial Affair, in which Rickard turns to the story of his own family – or, more precisely, that of his parents Philip and Pearl (who would later prefer the name Mildred). Both were from downwardly mobile middle-class families; and their story, to some extent, is about the effort to recover economic prosperity and social status. Philip had a career in the Royal Australian Air Force: he was a qualified pilot, but it was in finance and administration that he made his mark. Both were musical: Philip as a church organist, Pearl in the choir. Early in the book there is a charming account of Philip wooing Pearl with nectarines; but it was music that brought them together and one gets the feeling it might also have made a modest contribution towards keeping them together when other forces were pulling them apart.

The possibility of writing a book such as this arrived in the form of a shoebox of letters Rickard received from his sister Barbara Fisher, a poet whose work also figures in this memoir. Among these letters Philip wrote to Pearl during the second world war, inside a piece of folded paper, Rickard found a photograph of a woman with a child. On the paper, in Pearl’s handwriting, the woman is identified as “Mrs Clare Moillet” and her London address is given.

Clare was a name Rickard had heard in his childhood, along with the word “divorce,” as he lay in his bed in Dubbo listening to his parents argue. His father, posted in London during the war, had formed a relationship with Clare, a married woman, which led his parents to be briefly estranged. Rather than divorcing, though, they remade their lives together, and not entirely unhappily: the close-knit Rickard family lived a comfortable, cultured, interesting life in Sydney from the mid 1940s through to the early 1960s.

John’s parents’ realisation at the beginning of the 1960s that their son was homosexual seems barely to have caused a ripple, although you sense, from Rickard’s moving passage on the uncomfortable encounter with his parents, that there was rather more turbulence going on beneath the surface. It eventually emerges that Philip had kept in touch with Clare during these years, and when Mildred died in 1962, he went so far as to attempt, unsuccessfully, to persuade her to marry him; she had also been widowed by this time. Philip remarried happily and died in 1977.

The bare bones of this story don’t mark the family as especially unusual. A husband strays from the marriage bed. A long wartime absence causes strains in a marriage that the couple patch up as best they can. A family settles into a comfortable middle-class life in Menzies’s Australia, marked by the satisfactions of home, family and friendship.

But there is more to the story. The Rickards had also spent a critical three years of their lives in England during the 1930s, when Philip was posted there by the RAAF. Pearl was presented at court. (And you can see from the cover of this book why people thought she resembled Wallis Simpson. The handsome Philip is there in court dress, including ceremonial sword.)

This sojourn provided the Rickards with an experience of being imperial and Australian that most Australians of their era couldn’t enjoy. They were in Britain as members of the imperial family, yet they also recognised difference and sometimes found English ways frustrating. The highest compliment Philip appears to have been able to bestow while he was among the English was to remark that someone didn’t put on any “side”; the Rickards were aware of finding themselves in a society where class mattered a great deal. As respectable middle-class Australians of their generation, they worked with its grain, yet were still able to observe the class system as outsiders.

They were in London at the time of the abdication crisis and the Munich crisis, leaving in early 1939 and “bringing their own England back with them” to Australia. Philip, of course, would not be home long; the war soon took him back to England via the United States, which he tended to measure against what he’d seen in all those Hollywood films. But just before he left Australia, there had been an affair with “the woman in the red coat”; her existence, but not her name, is known to Rickard through references in a couple of letters Philip wrote to Pearl.

Philip was handsome, flirty, highly sexed; the glimpses we gain of this man’s life add valuable texture to our very incomplete understanding of Australian middle-class masculinity. You gain a sense of a man who had to work hard at the restraint demanded by bourgeois respectability. He had a taste for some mildly disreputable forms of entertainment, and his absences from wife and family – especially during the war – unsurprisingly seem to have brought out this side of his taste and character.

When I interviewed Rickard recently about An Imperial Affair in an event at the National Library, I asked him what he imagines his parents might have thought of the book. I don’t think he found answering this question difficult. His parents’ generation valued its privacy; they would surely not have welcomed the exposure of their lives to public view.

Yet they have also been fortunate in their son, the social historian and memoirist. He brings to his task love and honesty in dealing with the complexities of family relationships; the literary, imaginative and scholarly qualities needed to combine memoir and social history; and a sensitivity and humour in weighing the respective claims of conventional historical sources, family lore and individual memory.

The result is a moving and important account of the middle-class family in twentieth-century Australia, as well as of empire itself as a way of life: that is to say, as something more than political entity, system of economic exploitation or mass of red on a map. Empire was also a web of culture, sexuality and intimacy, a world at once public and private – and one in which the private occasionally teetered on the dangerous edge of becoming public and scandalous. • 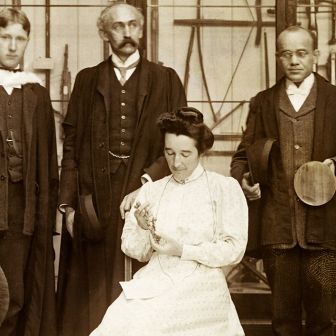 Books & Arts Not singing, but being a singer Andrew Ford 14 May 2021 Who exactly were the New Romantics?

What makes them run? 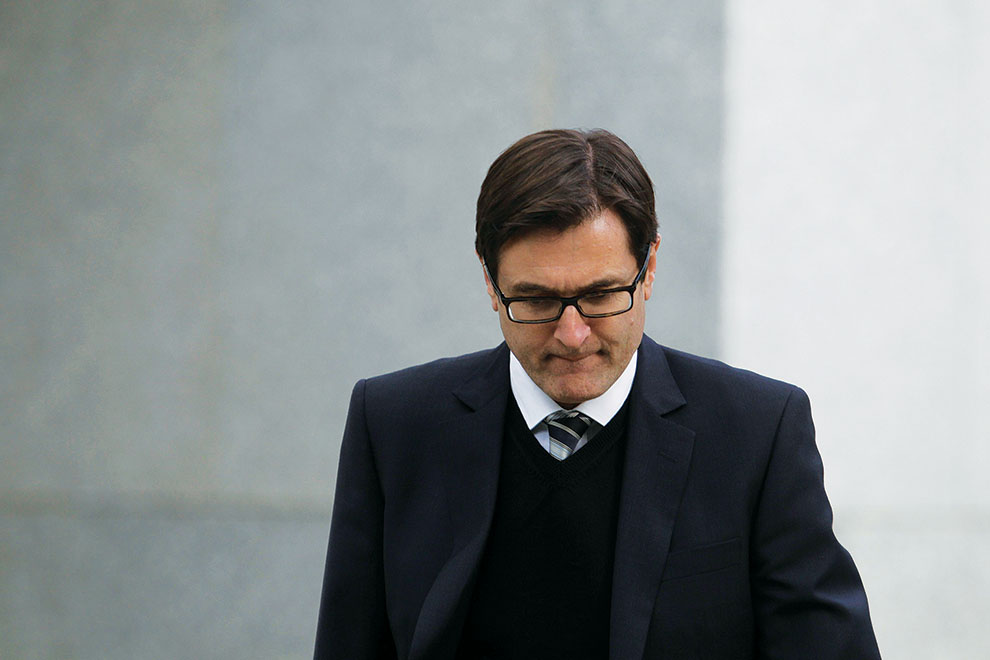