In Batman, the known unknowns provide plenty of uncertainty 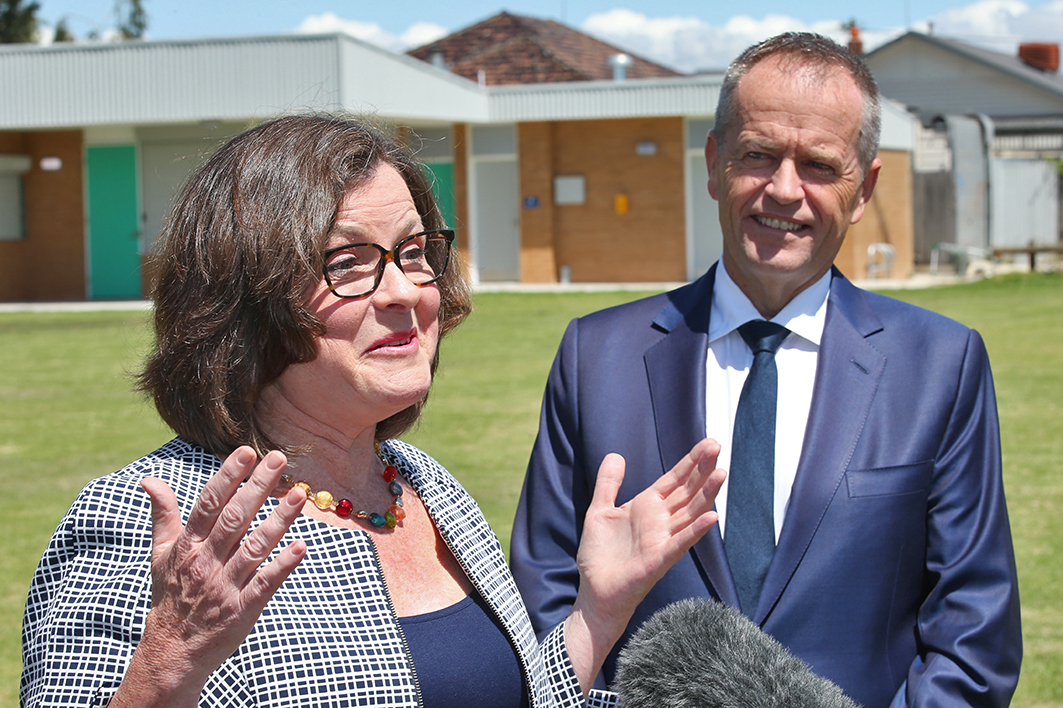 Malcolm Turnbull is correct: Bill Shorten is lurching leftwards for the 17 March Batman by-election. The Labor leader’s fiery National Press Club speech was all about economic equality and action on the environment, and since then he has gone further, backtracking on support for Queensland’s contentious Adani mine.

As a rule, by-elections attract scrutiny far out of proportion to their importance, but this is different. Under normal circumstances, a seat changing hands from one major party to the other can be expected to return to roughly its natural position on the pendulum at the next general election. (Recall Ryan in Queensland, snatched by Labor in March 2001 and returned to the Liberals in November.)

But losing to a third party is more serious, because regaining that spot in parliament can prove all but impossible. The Nationals can attest to the particular tendency of rural independents to dig in. The ebbs and flows of national two-party electoral cycles simply don’t apply.

Had it not been for a 2013 turnaround in the federal Liberal Party’s preference strategy, Greens candidate Alex Bhathal would already be in parliament. She would almost certainly have taken Batman in 2016, and would have had perhaps a fifty-fifty chance in 2013. (This year will be the fifth Batman run for Bhathal, who first contested in 2001.)

Under John Howard, the federal Liberals routinely preferenced the Greens ahead of Labor (even while thundering about their extremism, with backbencher George Brandis likening them to Nazis in 2003). In November 2010 Victorian Liberal leader Ted Baillieu chose (or was forced by his party) to flip that around: the Greens were beyond the pale, and so they must be put behind Labor. Many (rightly or wrongly) credited this move with his surprise victory at the next state election, and federal Liberals eventually followed suit, after some reluctance on the part of, among others, leader Tony Abbott. After all, preferencing of Adam Bandt in Melbourne had probably delivered him the seat and facilitated much of the Gillard government’s misery. (If memory fails you, two words will suffice: “carbon” and “tax.”)

The difference between the Liberals’ preferencing Labor and their preferencing Greens seems to add up to around 35 to 40 per cent of the Liberal primary vote. Bandt won Melbourne with 56.0 per cent of the two-candidate-preferred vote in 2010 and Liberal primary support was 20.6 per cent; 35 per cent of 20.6 is 7.2 per cent, more than enough to take Bandt below 50 if the Libs had favoured Labor. In 2013 and 2016 the Libs did just that, but with much greater primary support, Bandt easily survived.

David Feeney, the right-wing factional heavy who gained infamy with his role in the toppling of Kevin Rudd, was always a poor fit for Batman. He easily won his first election, in 2013, thanks to the changed Liberal preference strategy — it would have been touch and go had the Libs preferenced Bhathal — but only scraped in in 2016.

So close was that victory (51.0 per cent after preferences) that we can say he would have lost if the Liberals hadn’t run at all. While major parties always contest every electorate at general elections these days, they sometimes sit out by-elections. And the Liberals aren’t running in Batman next month.

Still, Batman is not as Greens-friendly as Melbourne. Nor, as others have pointed out, as the state seat of Northcote, which sits within it and was snatched by the Greens last year.

And there’s a big unknown: how much did the fumbling Feeney deplete the Labor vote in 2016? On top of that, to what extent will the new candidate, ACTU president and high-profile left-winger Ged Kearney, lift the party vote?

Then there’s Shorten, tailoring his product for this week’s audience. If only electoral politics were a simple matter of asking people what they want and mouthing their expressed desires back at them. This leader, with his apparatchik baggage and ungainly presentation, scores poorly on the sincerity scale — not least, one expects, among people tempted by the Greens. Are they really going to fall for this election-eve conversion? (As you’d expect, Greens leader Richard Di Natale has already taken credit for dragging Labor towards Greens policy on the Queensland mine.)

But perhaps the aim is less ambitious: to minimise the extent to which Adani becomes an issue in the campaign. And, more generally, to let Kearney be Kearney.

It’s easy to criticise, but how should Labor combat the Greens threat — generally and for this by-election? That’s a question without an obvious answer. It’s not just that “moving to the left” exposes the right flank to attacks from the Coalition and its often faithful sidekick News Corp. Few believe the Labor leader really means everything he’s saying at the moment, and such craven opportunism risks damaging his standing further.

Attacking the Greens candidate, or shouting at the party in general, is risky and comes across as, well, the sort of Labor behaviour that turns some voters to the Greens. On the other hand, about a quarter of the electorate is Liberal-supporting — can Kearney harness them without alienating too many others? There are no easy answers.

But here’s a wacky idea.

In the opinion polls at least, a discernible pattern over the past fifteen years has seen Labor leadership changes followed by a large slab of Greens support shifting to Labor — dramatically in 2003, 2006 and 2010 (though not especially in 2005 and 2013). This was not because of any change in policy; it’s more to do with a perception, however temporary and illusory, that Labor now “stands for something.” It’s an element of the new leadership honeymoon.

So one way to maximise chances would be for Labor to change leaders, to Tanya Plibersek or Anthony Albanese, two weeks before the election.

Maybe Labor’s best hope lies with its traditional enemy. Victorian Liberal president Michael Kroger has made noises about running a candidate and directing preferences to Labor. That would be worth a few per cent of the two-candidate-preferred vote, and might make a vital difference. •

Tackling codeine: a beginning rather than an end

Over-the-counter sales are now a thing of the past. What needs to be done next? 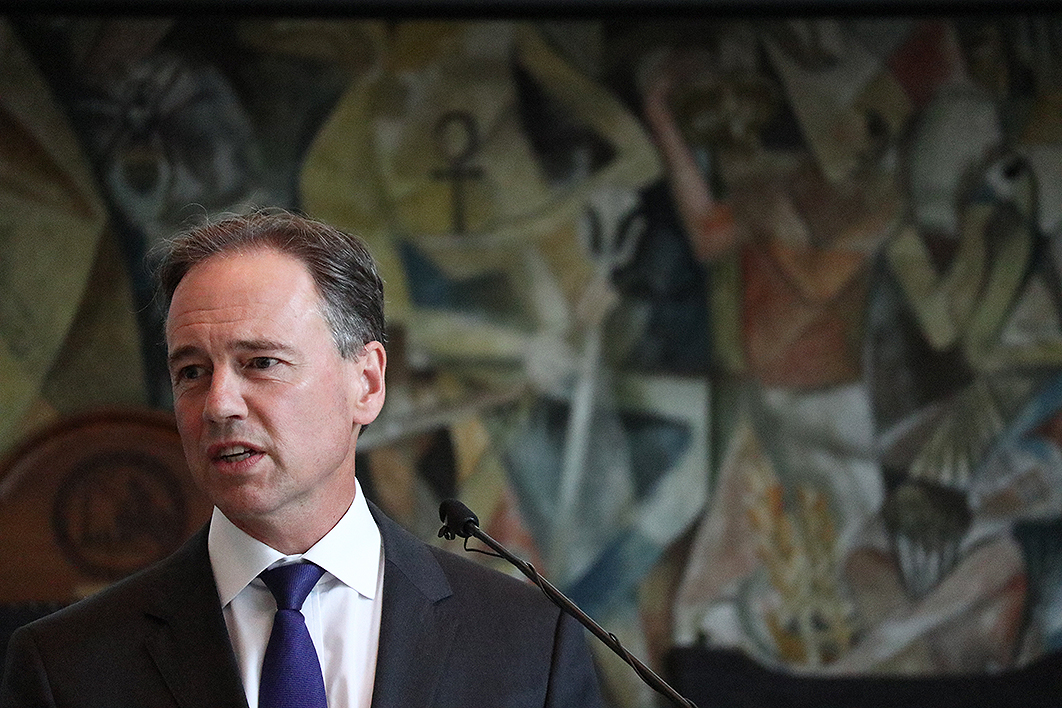