In defence of Bridget McKenzie 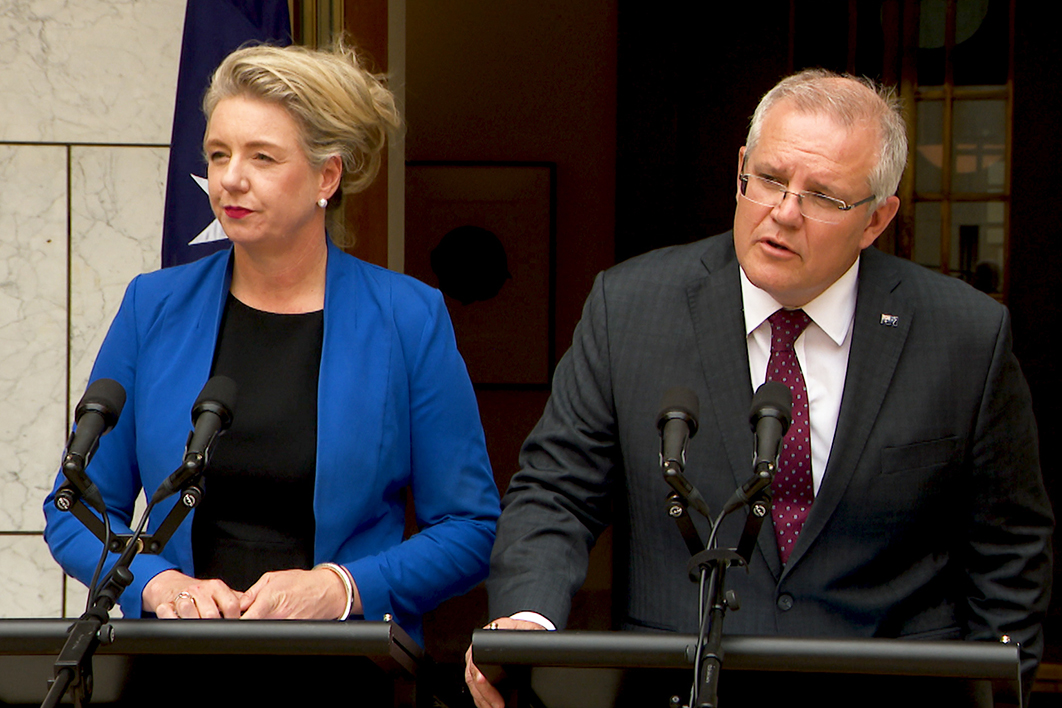 Amid all the comment on the “sports rorts” affair, the question of why the Commonwealth is engaged in such spending has largely been ignored.

This is not to question programs designed to give more Australians access to good-quality sporting facilities and encourage them to participate in physical activity. Even hard-nosed Treasury economists acknowledge that money spent supporting physical activity saves money down the line by reducing heart disease, diabetes and other lifestyle-related conditions.

Those economists also know that while the market may be able to fund elite sports, there is no way that the Wilcannia Football Club can sell tickets to spectators to see its games or that the Victor Harbor Bowls Club can sell TV rights to its tournaments. These cases of what economists call “market failure” justify public funding.

But why should the Commonwealth, rather than state or local governments, be involved in such a program? After all, section 51 of the Constitution — the part that spells out the powers of the Commonwealth — makes no mention of sport.

Of course, we are not rigidly bound by a document drafted 130 years ago. Many areas of necessary cooperation have been achieved through referral of powers by the states (as allowed by section 51) or by negotiated agreements between the Commonwealth and the states. For example, until Commonwealth and state officials got together in the 1980s to address emergency management issues, different states had incompatible standards for fire hose couplings: it’s fortunate that we sorted that one out.

When it comes to community sports, however, it is hard to find any need for harmonisation or standardisation that may dictate Commonwealth involvement. It is indeed a problem that different states have different rail gauges, but it doesn’t matter that they have different football codes. Surely funding of swimming pools, ovals and so on should be the task of state and local governments, consistent with the principle of subsidiarity.

So how did we get to this point of such Commonwealth involvement, particularly under conservative Coalition governments that have traditionally stood on a platform of “states’ rights”? Why, in 2018, did a federal Coalition government establish this Community Sport Infrastructure Grant, or CSIG, program when there were so many other calls on public revenue and when it was supposedly bound by a commitment to small government?

A pragmatist will answer that question by reference to the difficult financial conditions experienced by state and local governments. In a tough fiscal environment, state governments have to prioritise vital services — school education, hospitals, policing and transport, leaving community sport well down on their list of priorities. The Commonwealth has easier access to funds, so it makes sense for it to take on funding community sport.

The problem in that justification is that it takes the present distribution of funding between tiers of government as an immutable condition. It ignores the reality that state and local governments, whose responsibilities are largely for services employing skilled labour, should have a better financial deal. Just to sustain a given level of service, their revenue base should be a growing share of GDP — a reality the Coalition refuses to recognise.

A political analyst — a hardened cynic in the Canberra press gallery perhaps — would consider the question about Commonwealth involvement to be naive. All governments like to be seen doing something, and programs that have a regional component are all the better because they can be shaped to yield electoral benefits. A pork barrel is one of the trophies of office.

That’s the “obvious” conventional political wisdom. When checked against reality, however, it doesn’t stack up. Academic studies of the effects of regional boondoggles show that they’re usually neutral in terms of electoral outcomes. While electors like an upgraded road, a refurbished stadium or a new cycle path, their liking is not accompanied by gratitude. Rather it’s the satisfaction of an exchange — they have paid their taxes and are getting public goods in return. It’s the same transactional relationship we may have with our local supermarket or hairdresser.

Specifically in relation to the CSIG grants, William Bowe (keeper of the Poll Bludger site) has found that in spite of its politically targeted outlays, it had no net effect on the Coalition vote in the 2019 election. (By now the program would be yielding net political costs.)

Even if it doesn’t pay much attention to research, one may wonder how, in designing the CSIG program, the Coalition hadn’t learned from the Ros Kelly whiteboard affair, which contributed to the defeat of the Keating government, or from the problems the Rudd government had with its home insulation program (which involved poor administration rather than political interference). In both cases the government would have been far better off politically had it handed the money to the states as tied grants, acknowledging that the Commonwealth just isn’t equipped to administer such programs.

Perhaps, in failing to learn from these cases, the Coalition was so blinded by a belief in its own competence that it believed it could succeed where Labor had failed. That’s plausible, but there is also another possible explanation: the Coalition doesn’t really have any firm principles guiding the way public money is spent, because it sees all public expenditure as wasteful. For its part the Liberal Party, in its statement of beliefs, is explicit: “businesses and individuals — not government — are the true creators of wealth and employment.”

If you believe that nothing of value comes from the public sector, it doesn’t matter how public money is spent. A grant to a gun club, a new railway, Medicare… it’s all waste, and may as well be spent in order to maximise the government’s chances in the next election. Such a view of public expenditure underpins the political economy theory known as “public choice,” a theory that arose in the United States in the late twentieth century and that caught on in Australian universities in the 1980s.

Traditional economic theory sees public expenditure in terms of providing public goods that the market cannot provide or cannot provide so well, but public choice theory sees public expenditure quite differently. Its assumption is that public expenditure is used to appease interest groups — private health insurers who want subsidies, commuters who want a railway, or the Betoota Cricket Club, which wants a change room so the crows and galahs aren’t embarrassed by cricketers’ nakedness. The aim of elected office holders is to spend just enough money appeasing these interest groups, to get them over the line in the next election.

Lending evidence to this interpretation of public administration is Morrison’s handling of McKenzie’s misdemeanours. In requiring the head of his department to inquire whether she breached ministerial standards he is rejecting the Audit Office’s assessment, an assessment based on traditional principles of public expenditure and on laws regarding the separation of ministers from the administrators of statutory bodies. Rather, the question according to Morrison is whether she has breached “ministerial standards,” the standards set by his executive government.

McKenzie’s behaviour has been in line with the standards set by the Coalition, particularly as seen in the behaviour of the prime minister in his nonstop political campaigning. Is it fair that she becomes a scapegoat for the Coalition’s entrenched disregard for the public purpose? •

Ian McAuley is a retired lecturer in public sector finance at the University of Canberra, and is co-author, with Miriam Lyons, of Governomics: Can We Afford Small Government?, in which the traditional economics of public expenditure is explained. He spent some years in charge of a government discretionary regional grants program, an experience which may have coloured his views on the Community Sport Infrastructure Grant program.

All in the same canoe 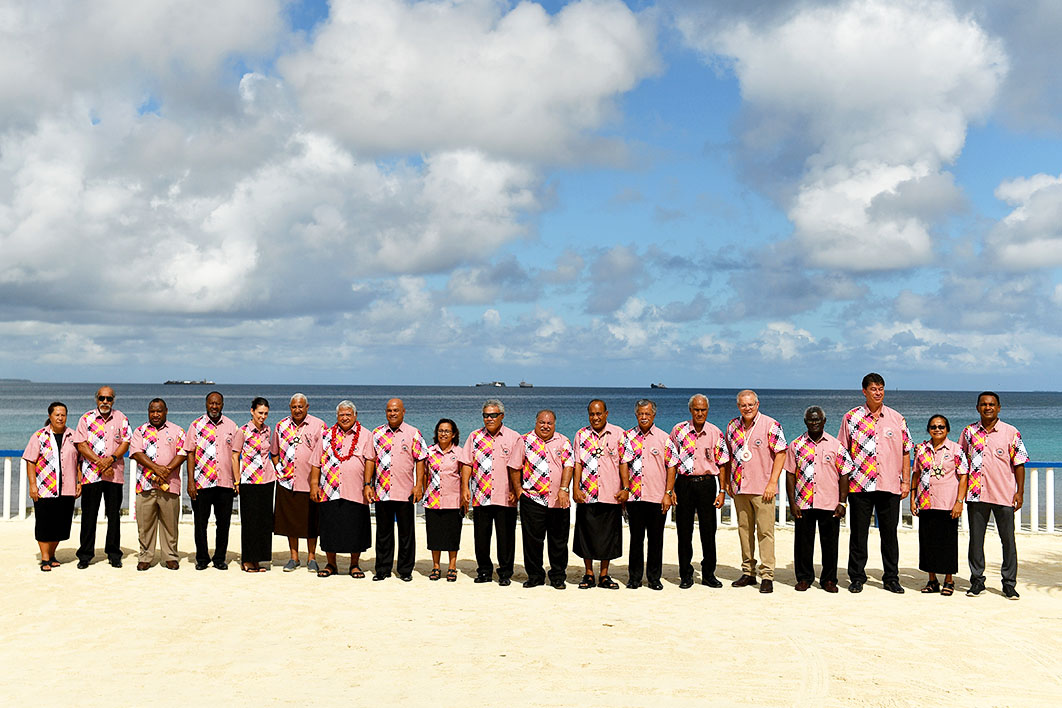