In the matter of Rodney Culleton

If the would-be senator for Western Australia is “incapable of being chosen,” he won’t necessarily be replaced by another One Nation senator, writes Tony Blackshield 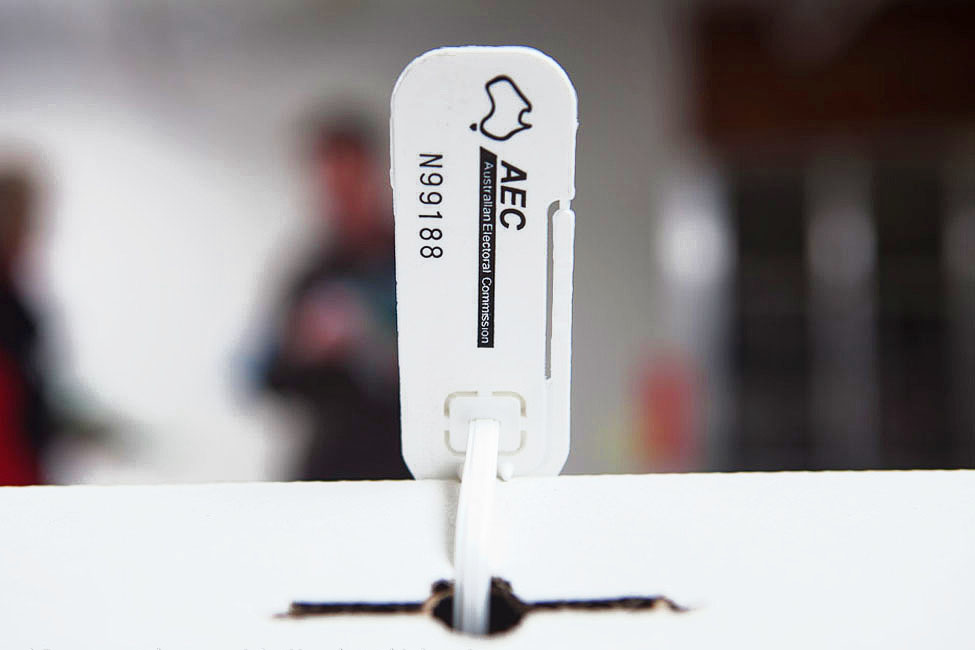 After the federal election in 2013, confusion over the Senate result in Western Australia ultimately led to a rerun of the entire Senate vote for that state. Now it seems possible that the same thing might happen this time around, though the cause is somewhat different.

On Monday the Australian Electoral Commission announced that the last two Senate spots in Western Australia had gone to Greens candidate Rachel Siewert and One Nation’s Rodney Culleton. But, as was widely reported as early as 6 July, Culleton might be unable to serve.

Section 44 of the Constitution provides that any person, “under sentence, or subject to be sentenced” for any offence punishable “by imprisonment for one year or longer” is “incapable of being chosen or of sitting” in either house of federal parliament. Media reports have focused on the possibility that Culleton might turn out to be incapable of sitting; but the more immediate point is that he is already incapable of being chosen.

In a NSW court on 2 March, Culleton was convicted of larceny, which according to section 117 of the Crimes Act would normally mean that he is “liable to imprisonment for five years.” Even if his sentence eventually turned out to be minimal, that would make no difference: what matters is that he has been convicted of a crime that might attract imprisonment “for one year or longer.”

In fact, the circumstances of his offence appear to have been relatively trivial: he was said to have stolen the key of a tow truck – a key worth $7.50 – in an effort to prevent the repossession of a vehicle he was leasing. Moreover, he was convicted in his absence because he failed to appear in court, and an appeal is now pending. Yet, at least until his appeal is heard, he is currently “subject to be sentenced” and is therefore “incapable of being chosen.”

It seems to have been assumed that, once it is recognised that Culleton is “incapable of being chosen,” section 15 of the Constitution will come into play. Under that provision, his Senate seat would be declared vacant. This would create a casual vacancy to be filled by the WA parliament, which would be required to nominate someone from the same political party – that is, another One Nation candidate. In the ballot paper on 2 July, the One Nation ticket listed Rodney Culleton first, his friend Peter Georgiou second, and his wife Ioanna Culleton third. So presumably one of these would be chosen.

But this assumption is wrong. As the authoritative explanation in Odgers’ Australian Senate Practice makes clear, the mechanism in section 15 comes into play only when a senator who was validly elected “becomes disqualified after the completion of the election process.” What happens when a senator “is found to have been disqualified at the time of election” is different. The election of that senator is totally void; the relevant seat in the Senate remains unfilled and the failure to fill it must be remedied by a recount.

Again, it seems to have been assumed that in this event, once Culleton was eliminated as “incapable of being chosen,” the votes that had been accumulated for him would simply be transferred down the line to the second candidate on the One Nation ticket, and if necessary to the third. But while this might be a realistic assessment of the probable result, it would not be so easy to achieve that result.

The distribution of preferences in Western Australia meant that the ballot papers had to be counted 539 times; and it was only on the 539th count that Culleton achieved his quota. The other two One Nation candidates had already been excluded much earlier – Ioanna Culleton by count 153, and Peter Georgiou by count 157. Thus, in order to ensure that Rodney Culleton’s votes could be transferred further down the ticket, it would be necessary to rework the entire distribution at least from count 153, and the outcome of such a redistribution could no longer be predicted with confidence.

It happens that Culleton is also awaiting trial in Western Australia on a more serious stealing charge (with a maximum penalty of seven years’ imprisonment). If he were able to take his seat, and was later convicted on that charge, then the procedure in section 15 of the Constitution would come into play. But that is irrelevant to the fact that Culleton is now “incapable of being chosen.”

As it stands, the Australian Electoral Commission has declared a candidate to be elected who is in fact “incapable of being chosen.” Strictly speaking, that announcement is unconstitutional. Presumably it might be possible to avoid such an outcome if the AEC had some mechanism for checking, before the distribution of preferences begins, whether all the nominated candidates are “capable of being chosen.” But there seems to be no such mechanism.

The process of “choosing” senators is an elaborate one, extending through the entire election period. It might have been possible to argue that the question whether a candidate is “incapable of being chosen” arises not when the candidates are initially “chosen by the people,” but only at the moment when they are officially or finally “chosen” – that is, at the declaration of the polls. But in 1992 that interpretation was emphatically rejected by a majority of the High Court. Instead, the court insisted that the disqualifying factors apply throughout the entire “process of being chosen,” beginning with the nomination of candidates.

Postscript: The whole question may now be obsolete, because on Monday 8 August the conviction imposed on Culleton back on 2 March was annulled. Assuming that the annulment operates retrospectively to wipe out the conviction and all its legal consequences as if nothing had ever happened, then the argument that Culleton was “incapable of being chosen” disappears, and he is free to take his seat.

The purpose of the annulment is only to clear the decks so that the original charge against him can be dealt with at a proper hearing in September, so it may turn out that he will be convicted again; and possibly as a result of that (or the other case pending in Western Australia) he will again become incapable of “sitting.” But if that happens after he takes his seat, all that happens is that section 15 of the Constitution comes into play, and the WA parliament nominates another One Nation person to take his place.

Yet whether the annulment does in fact operate retrospectively may still be in doubt. The answer does not depend on any general assumptions about the effects of annulment, but on statutory interpretation. The annulment was granted according to a particular procedure prescribed by the Crimes (Appeal and Review) Act 2001 (NSW), and the legal effect of this type of annulment is defined by section 10 of that Act. The crucial part of it says simply that “On being annulled, a conviction or sentence ceases to have effect.”

Now, this may be interpreted as wiping out all legal effects retrospectively. But as a matter of ordinary English usage, to say that something “ceases to have effect on Monday” means that it did have effect before Monday. It means that there can be no new effects, but it doesn’t wipe out the previous effects. So it seems that there is still a real question.

Tony Blackshield is an Emeritus Professor of Law at Macquarie University, a Visiting Professorial Fellow at the University of New South Wales and an Honorary Professor at the Indian Law Institute in New Delhi.