In Timor-Leste, an eventful year ends in tension 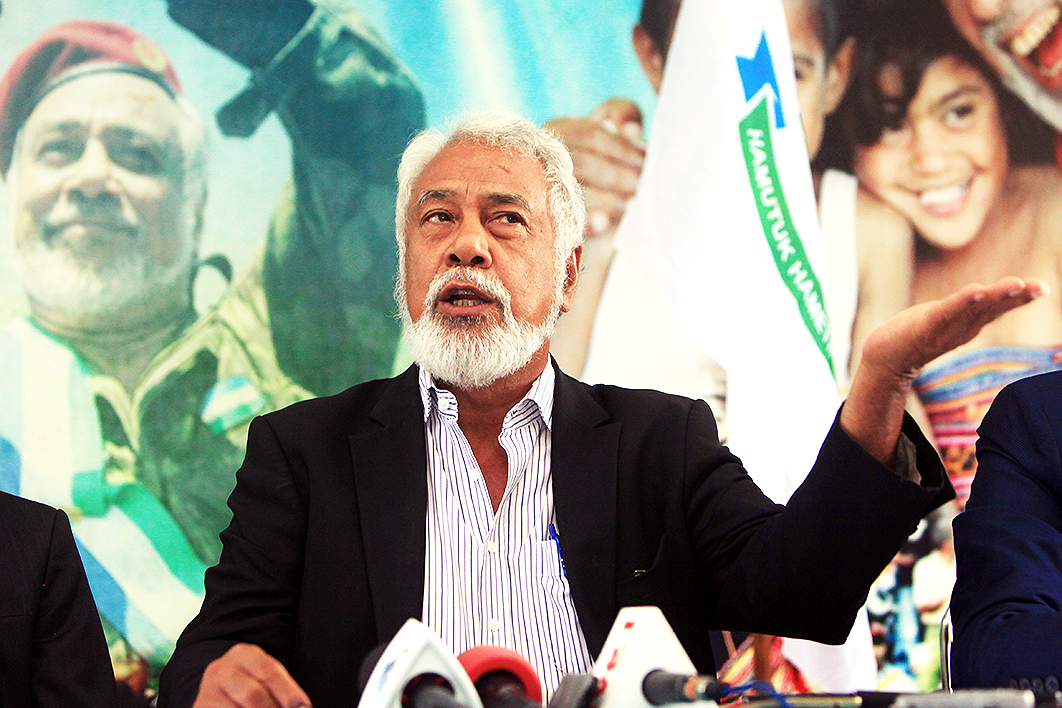 Beginning with the early election in May that brought the Xanana Gusmão–led AMP coalition back to power, this has been an eventful political year in Timor-Leste. The May election followed a nine-month Fretilin-led minority government that proved unable to steer its program through parliament. Having taken power, the new government found itself mired in a stand-off over ministerial appointments with the president, Fretilin’s Francisco Guterres, in what became the opening round of uneasy cohabitation under Timor-Leste’s semi-presidential system.

The year also saw the historic agreement between Timor-Leste and Australia that fixed maritime boundaries at the median line in the Timor Sea, ending a long-running dispute between the two nations. That deal opened the way for a major resetting of the troubled bilateral relationship, and ministerial visits have since resumed. The year was capped off by the president’s veto of preliminary aspects of an ambitious plan for the East Timorese government to take a majority share in the Greater Sunrise Joint Venture.

Since its return to power, the AMP government has primarily focused on advancing Gusmão’s aim of bringing oil and gas from the Greater Sunrise field to Timor for downstream processing. The government believes this will maximise the economic and social returns from the country’s increased share of Greater Sunrise revenues, which has risen from 50 per cent to at least 70 per cent since the deal was struck with Australia. Planned major infrastructure projects along the south coast, collectively known as Tasi Mane, are still at an early stage.

The focus on resource processing is reflected in the government’s US$1.8 billion budget for 2019, currently before parliament. More than a third of the budget is devoted to Tasi Mane infrastructure works and joint venture acquisition costs. The plan is controversial in sectors of East Timorese civil society worried that the costs will outweigh the benefits. But the government predicts greatly increased returns, and appears to be having some success in stirring nationalist support for its vision of increased resource sovereignty.

Led by prime minister Taur Matan Ruak of the Popular Liberation Party, or PLP — though in practice dominated by Gusmão as leader of the larger CNRT — the government has faced ongoing challenges. President Guterres refused to install nine of its ministerial nominees, citing judicial inquiries into misconduct or “poor moral standing,” producing a stand-off, primarily involving CNRT members, now effectively in its sixth month. Some former ministers have instead been working as senior advisers, and parliament has responded to the president’s action by repeatedly denying his travel requests.

The stand-off has given the government a curiously dual character. On the one hand, its normal business is being carried on by an incomplete ministry over-representative of the minor alliance parties, PLP and KHUNTO. On the other, a powerful group of CNRT figures without formal portfolios, led by Gusmão, has been primarily concerned with advancing the Greater Sunrise/Tasi Mane project.

The government had some important wins. Its budget for the remainder of 2018 passed through parliament, ending the recurrent “twelfths” system, which had contributed to a flattening of the economy. But it has also faced renewed student protests over MPs’ new Prado cars — such vehicles being a common focus of grassroots concern over waste and inequality. Associated protests by the University Students’ Movement have been met with heavy-handed policing from a force that was already under a cloud after an off-duty policeman killed three and wounded others at a party. The incident highlighted the lax enforcement of rules prohibiting off-duty gun possession, which must be addressed.

The 2019 budget is being debated in parliament this week. Key items include the proposed purchase of Conoco Phillips’s stake in Greater Sunrise Joint Venture for US$350 million, to be followed by the buyout of Shell Australia’s share for US$300 million in the 2020 budget. If these purchases are ultimately approved, Timor-Leste would have a 56 per cent stake in the joint venture.

As a preliminary step, the government made changes to the petroleum activities law to lift the legislated 20 per cent limit on state ownership. A presidential veto has challenged that move this week, though Guterres’s justification focused primarily on the financial sustainability of the nation’s petroleum fund. Some local NGOs believe that the 20 per cent limit was unenforceable anyway, and that the recent changes to the law were instead aimed at reducing the capacity of Timor-Leste’s Audit Court to review large contracts — an accusation the government denies. The Audit Court has certainly proved the most active and able of the East Timorese watchdogs, previously overturning a contested US$720 million contract for constructing the supply base in Suai.

It’s not clear whether overturning the latest presidential veto would require a simple majority in parliament, or a two-thirds supermajority. Fretilin, which holds just over a third of parliamentary seats, can certainly rule out the latter. Clearly, the 2019 budget, with its Conoco Phillips joint venture payment, could also fall foul of a presidential veto, and here the need for a supermajority is clear. There has been talk of using the petroleum fund as an alternative source of funds, but the mechanisms to be used are not clear. This presidential block on a major government agenda therefore leaves a central tension brewing in the political system.

More positively for the government, the politics of this issue appear to be travelling broadly in its favour at present, with all parties offering in-principle backing for a pipeline to Timor-Leste. Fretilin maintains that it supports the downstream processing vision but opposes alterations to petroleum fund governance and wants the cost–benefit analysis made public. Some NGOs strongly question the wisdom of the megaproject, and fear the sovereign wealth fund of US$17 billion could be depleted even sooner than projected. The balance, they point out, dropped a record US$680 million in October.

A presentation by Xanana Gusmão this week in Dili outlined the vision in broad strokes. He revealed government modelling that puts costs in the order of US$10.5 billion, 80 per cent of which would be sourced from joint venture partners, loans or other financing. Claimed returns from the project under the modelling are in the order of US$28 billion to US$54 billion above the return from a simple revenue split, depending on capital and operational expenditures, and oil and gas prices. East Timorese NGOs counter that the government’s investment could instead cost up to US$14 billion, and that price assumptions and external financing are uncertain. They also worry that the project will rapidly deplete the petroleum fund, the interest from which is intended to subsidise annual budgets into the future.

Where the majority funds for the massive Tasi Mane project will come from is now an even more critical question. As NGOs point out, becoming a joint venture partner exposes Timor-Leste to an equivalent share of the massive capital development costs. The government counters that the joint venture partnership will also bring new income streams beyond the revenue split negotiated between the countries, including extra tax revenue and returns on capital expenditure. These form the basis of the government’s revenue projections.

While Fretilin leader Mari Alkatiri and President Guterres were notable absences from the presentation, the vision drew some support from José Ramos-Horta (though he too has expressed concern over amending the petroleum activities law). Ramos-Horta also tactfully urged dialogue between the government, president and opposition. While the president appeared to get the best of the furore over ministerial appointments, the government is having more success in framing the oil and gas issue as one of national pride and resource sovereignty, which complicates the terrain for critics of the Tasi Mane megaproject.

While a veto of the 2019 budget remains a strong possibility, the political focus of any veto may be on education and health spending, and transparency rather than directly tackling the payments to acquire a joint venture share. Here the government has some vulnerability, as the proposed 2019 budget sees only a modest increase of $US11 million in education spending, with health and agriculture spending remaining essentially static, despite their being declared budget priorities by the government. This suggests that the PLP has had relatively little success pushing its policy agenda within the coalition.

More positively for the government, the return to the revised school curriculum, which prioritises Tetun literacy in the early school years and introduces Portuguese language later, has been broadly welcomed. This approach accords more strongly with the educational evidence, which strongly suggests this staging is more likely to produce improved fluency in both official languages.

The wider politics of the government’s resource sovereignty vision are significant. It rejects the presumption that downstream processing is the natural preserve of more developed countries — a powerful argument capable of recruiting strong nationalist support. Gusmão already has a strong track record in promoting international organisations like the G7-Plus, which call for developing countries to lead their own development strategies and recruit donor support on that basis.

Beyond its bold forecast of greatly increased returns, the government’s vision of resource sovereignty is also a potent nationalist motif to mobilise political support, including for future election campaigns. Likewise, it may see longer-term political benefits in providing jobs and training, even if projected returns from resources projects are lower than anticipated. In contrast to the civil society focus on bottom line costs to the economy and petroleum fund, the calculus may not be a simple economic one for the government.

For Timor-Leste’s neighbours, the larger question concerns the likely partners to fund the majority of the project. The prospect of China’s involvement obviously raises great concerns in Canberra, and while there is no hard evidence of Chinese interest, the question of how the government would finance the remaining 80 per cent remains unclear. Notably, the contract for a new digital television network went to a Chinese company earlier this week.

As 2018 comes to an end, political tensions are rising again in Dili. The clash between a determined government agenda and presidential veto powers suggests a new election in 2019 cannot be ruled out. For the government, the prospect of winning one more seat and removing Fretilin’s block on a parliamentary supermajority, weakening President Guterres’s veto power, may prove appealing. Though elections are formally in the president’s hands, any protracted institutional stand-off over the budget may leave few other solutions. •

It’s being called the new “Year of the Woman,” and it augurs badly for the Republicans 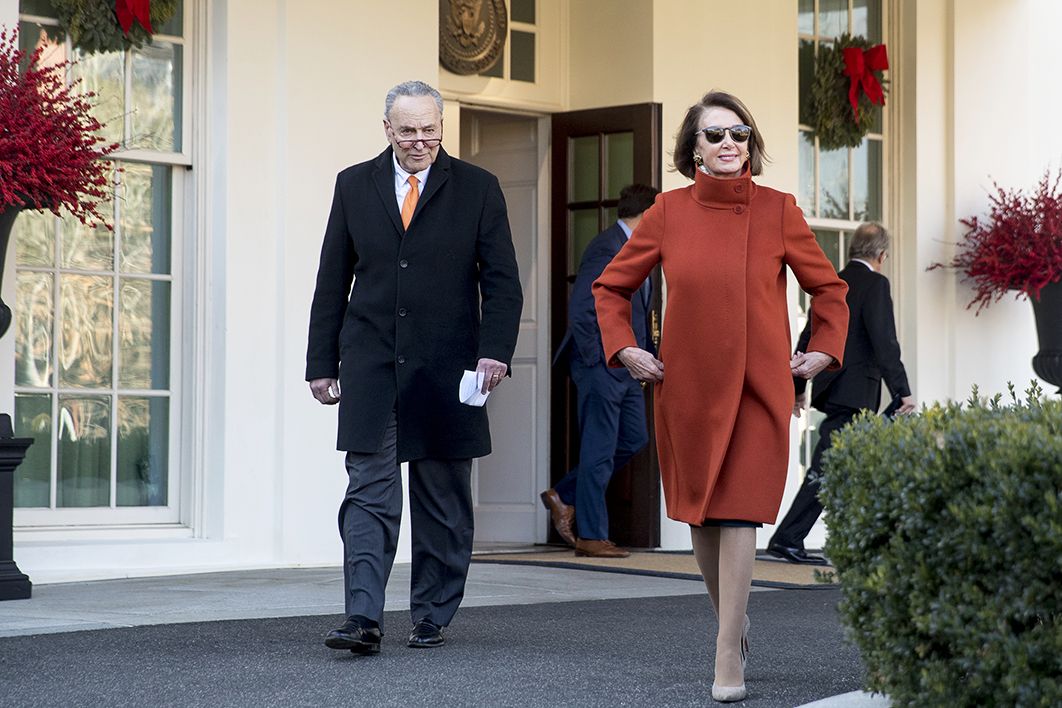