Timor-Leste: architect of its own Sunrise

Another chapter to come? Chief negotiator Xanana Gusmão is reportedly unhappy at the failure to secure a pipeline to the Timorese coast. Tracey Nearmy/AAP Image 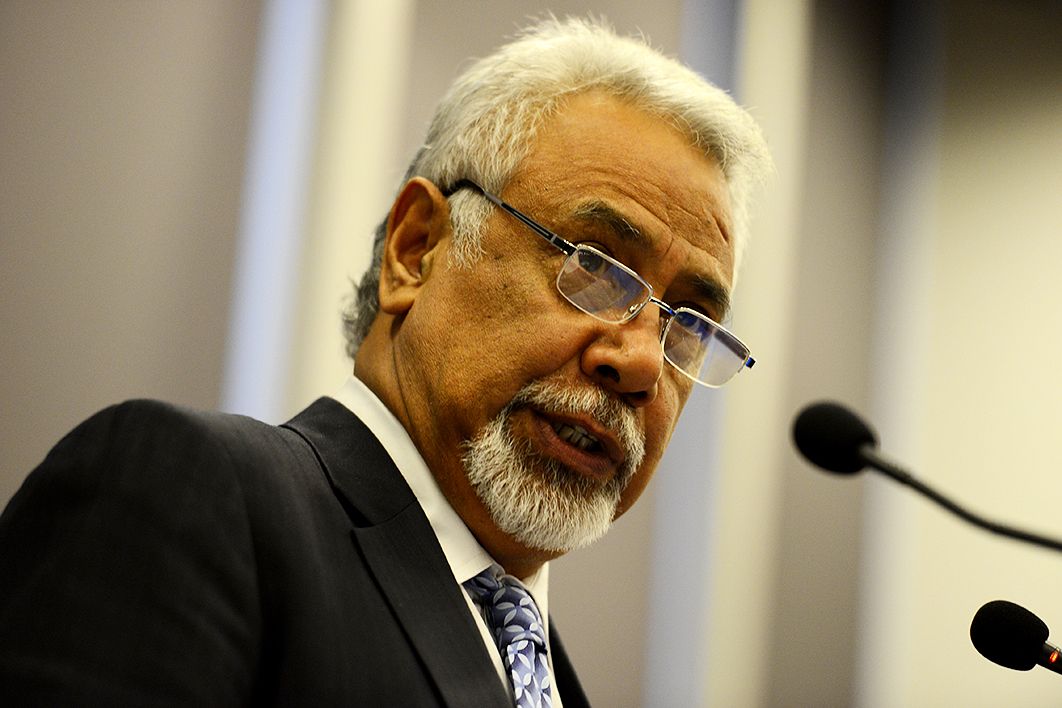 Another chapter to come? Chief negotiator Xanana Gusmão is reportedly unhappy at the failure to secure a pipeline to the Timorese coast. Tracey Nearmy/AAP Image

When Timor-Leste terminated the CMATS treaty with Australia early last year, it overturned its fifty-year moratorium on boundary negotiations. Ending the decade-old agreement was essential to securing its objective of a permanent maritime boundary.

But the move wasn’t without its risks. It placed other parts of the treaty in jeopardy, including a guaranteed 50 per cent share of royalties from the untapped Greater Sunrise field. Timor-Leste claimed that Greater Sunrise was substantially (if not completely) in its sovereign waters, and therefore it aimed to get a higher revenue share through new negotiations. Nonetheless, some Australian academics told a Senate committee last year that Timor-Leste had potentially become “the architect of its own demise” by renouncing CMATS and pursuing a permanent maritime boundary.

Their assessment was no doubt made in good faith: the risks of this bold legal strategy were real enough for Timor-Leste. What was more disturbing was how the Senate committee chair embraced the phrase, describing it as “tremendous… most enlightening. ‘The architect of their own demise’ is my favourite statement of the day.” It was an extraordinary remark, given that the Australian government was in fact the architect of the quandary Timor-Leste found itself in. It was unable to pursue a binding maritime boundary decision though the international courts, because Australia had abandoned those jurisdictions weeks before East Timorese independence in 2002. The young nation was instead forced to trigger a non-binding but compulsory conciliation process under the UN Convention on the Law of the Sea, or UNCLOS. This was the first time this mechanism had been used.

It is clear now that the gamble paid off. Timor-Leste has secured a median-line boundary in the Timor Gap, creating a permanent maritime boundary for the first time. This places 100 per cent of the present Joint Petroleum Development Area in Timor-Leste’s sovereign waters, where the prior treaty divides the revenue from existing fields, such as Bayu-Undan, 90–10 in its favour. But with these fields nearing the end of their lives, the as-yet-untapped Greater Sunrise field, worth in excess of $40 billion, has far more significance. Timor-Leste has also achieved a major increase in royalties from this field, up from 50 per cent under CMATS to 70 or 80 per cent, depending on whether the pipeline goes to Timor or Darwin, respectively. While government revenues are only one component of the value, this potentially represents $8 billion to $10 billion in future revenue to Timor-Leste.

Until recently, most Australian foreign policy commentators assumed Australia would forever limit its negotiations to revenue-sharing arrangements, ruling out negotiations over permanent maritime boundaries. Yet this ground shifted rapidly. What caused the turnaround?

There were several factors. One was Labor’s change of policy in early 2016, which committed a future government to renewed boundary negotiations and, if they failed, binding third-party dispute resolution. Though the Coalition government stuck to its determination not to revisit the boundary question, the opposition’s position had an impact behind the scenes, shifting a previously bipartisan consensus.

The next factor was a product of Timor-Leste’s bold legal strategy. When Timor triggered the compulsory conciliation, Australia was forced into an opening gambit to defend the CMATS treaty and its purported fifty-year moratorium on negotiations. This effort failed spectacularly; the five-judge panel (including judges appointed by Australia) found that Australia’s obligation under international law to negotiate a maritime boundary in good faith had survived the treaties with East Timor.

Once the boundary moratorium was found to be ineffective, Australia had no further use for CMATS and acceded to its termination. This dealt a fatal blow to the decades of Australian foreign policy that had sought to delay maritime boundaries until the oil and gas reserves were depleted, because Australia knew its favoured “continental shelf” position, reflected in the 1972 border with Indonesia, was now out of favour under international law.

Australia therefore faced the prospect of an UNCLOS conciliation report that was not binding, but was likely to be highly critical of its position under international law. Australia could have attempted to tough this out, as it had in the past, but other international realities were changing the calculus. In particular, the Australian government’s calls for China to abide by the umpire’s decision in the South China Sea dispute were becoming increasingly difficult to reconcile with its own refusal to negotiate maritime boundaries with Timor-Leste.

This turned the Timor Sea dispute into a major diplomatic liability, not least as Australia attempted to defend allegations of espionage. Pressure then came from the United States in the form of the US House Armed Services Committee’s National Defense Authorization Act, which was specifically amended to encourage resolution of the boundary dispute. The compulsory conciliation process also saw confidence-building measures adopted by both sides, with Australia relieved to see the separate espionage case dropped. Negotiations then proceeded in good faith and in a timely fashion.

Though the final location of downstream processing of oil and gas is yet to be resolved, the outcome represents a major victory for Timor-Leste’s strategy of using the UNCLOS compulsory conciliation mechanism, and a vindication of the role of international law in resolving disputes. The treaty text revealed yesterday brought relatively few surprises, with the  new maritime boundary placing much of Greater Sunrise (roughly equivalent to the country’s 70 or 80 per cent revenue share) in East Timorese sovereign waters. Some lateral or side boundary segments are provisional, pending the location of future laterals established between Indonesia and Timor-Leste in their sovereign waters north of the renegotiated area; but these can only be altered after oil and gas deposits are depleted.

At the moment of victory, however, there is a strong sense that the dispute will continue in another form, with chief negotiator Xanana Gusmão unhappy at the failure to secure a pipeline to the Timorese coast, a development vision he has championed for years. While this vision of a south-coast oil and gas processing hub doesn’t unite East Timorese in the same way as the campaign for permanent maritime boundaries has, Gusmão remains a hugely powerful figure and his words will influence many. Despite this, the treaty represents a major victory for international law in our region and marks the end of a key stumbling block in the Australia–Timor-Leste relationship. •

Essays & Reportage Up, up and away? Nicole Hasham 27 March 2021 It’s been a long road for hydrogen, but its time might finally have arrived 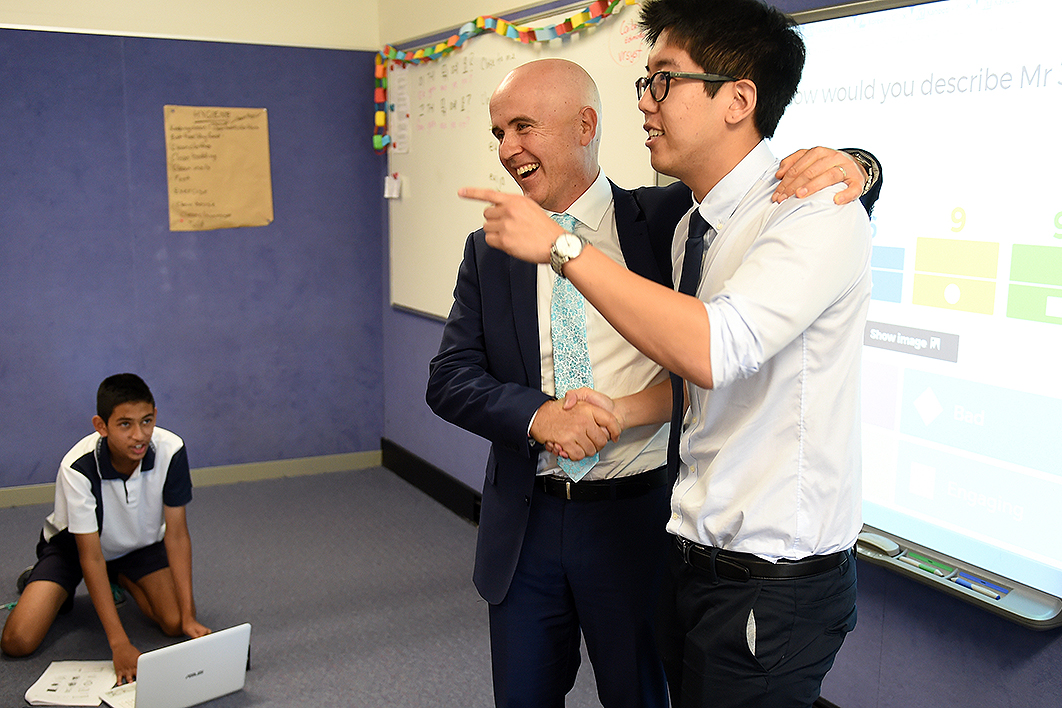