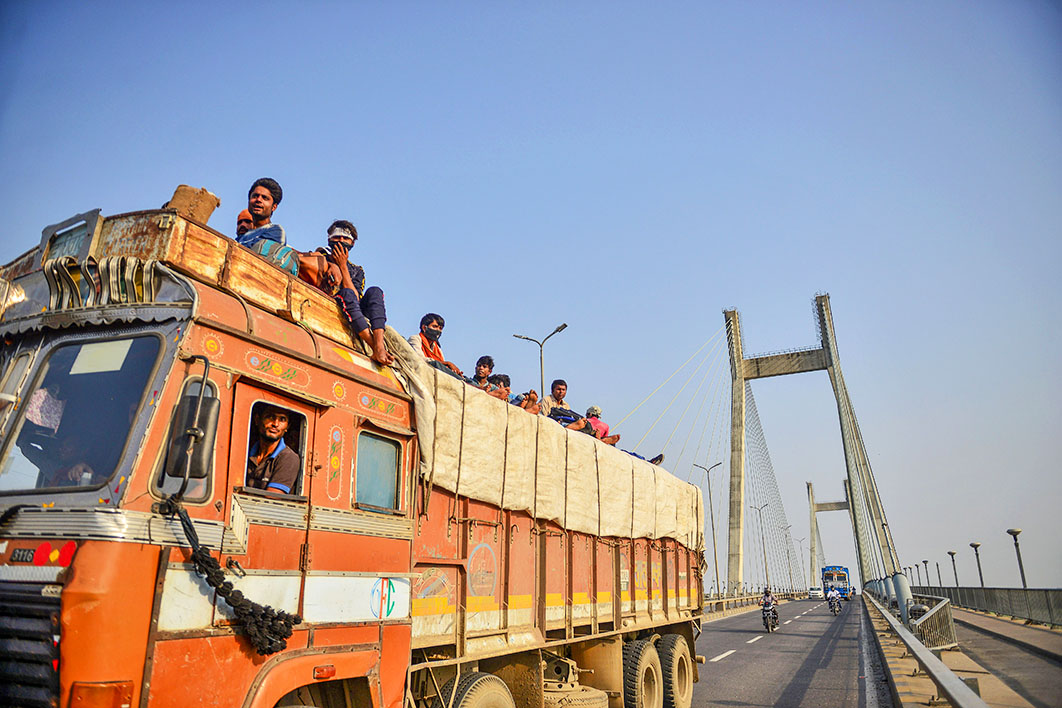 While many countries are fighting the coronavirus pandemic on health and economic fronts, the unfolding crisis in India has the complicating factors of extreme inequality and Islamophobia. Not surprisingly, the results of its efforts to control the disease are mixed.

With nearly 40,000 cases of Covid-19, the vast country currently ranks sixteenth on the global ladder, behind the United States with more than a million reported cases, several European countries with more than 150,000 cases, China with more than 85,000 and Brazil with more than 79,000. Given its enormous population, the figures might suggest that India’s comprehensive national lockdown, imposed in early April, is working. Or, as some critics allege, it might simply be that Indian authorities haven’t tested enough people.

For now, India has completed its second lockdown phase, making it a total of forty days, and has extended the lockdown by another two weeks. In this third phase, it has broken the country into colour-coded zones according to the number of infections, with relaxed rules for the less-affected areas.

Meanwhile, India’s healthcare system has been struggling. Rural health infrastructure in particular has been overwhelmed by workers’ migration back to their home villages. The challenge is aggravated by rapid privatisation of the sector after years of neglect of the public health system. Nearly two-thirds of the 1.3 billion population still live in villages, where primary healthcare is meagre at best. Under-resourced community clinics are often staffed by poorly trained practitioners, making containment, tracing and testing for the virus extremely difficult. In the towns and cities, a large part of India’s population lives in poorly ventilated, crowded conditions, with little access to running water and basic sanitation.

The two groups that appear to be suffering most are India’s Muslim minority and its migrant labourers. Muslims, India’s biggest religious minority, number nearly 200 million in this Hindu-majority country. Tensions between Hindus and Muslims were already strained by the controversial Citizenship Amendment Act, which favoured citizenship applications from certain ethno-religious groups (Hindu, Christian, Parsi, Jain and Sikh) over Muslims. Critics argue that the legislation serves the ruling Bharatiya Janata Party’s wider program of exclusionary politics. With Muslim communities already feeling increasingly targeted, the pandemic further fuelled resentment towards a group that has been dubbed as India’s “corona superspreaders.”

Anti-Muslim sentiment intensified in mid March after a Muslim missionary organisation, Tablighi Jamaat, held a large convention in Delhi. Many delegates were later found to have been infected with the virus, aiding its spread across the subcontinent. It’s clear that the convention should never have been held, but reports about the convention and its effects soon ignited indiscriminate Islamophobia. On social media, hashtags including #CoronaJihad and #BioJihad fuelled criticism of Muslim communities accused of purposely spreading the virus. Time magazine reported that the hashtag #CoronaJihad appeared nearly 300,000 times in late March, potentially reaching more than 165 million people on Twitter. Social media corporations struggle to regulate hate speech at such scale.

Meanwhile, other political groups and media outlets continue to foment anti-Muslim prejudice. These sentiments have translated brutally into real-time discrimination, with reports of Muslims being refused medical treatment and routine procedures in hospitals for fear of contamination. In the city of Varanasi, a Muslim woman was forced to give birth outside the hospital in the middle of the night. When she finally received medical care the following day, the nurse admonished, “You have no work anyway, but to give birth to children and have come here to spread corona… Now take her from here.” In other parts of India, similar treatment led to the tragic deaths of newborn babies.

Many Hindus view the pandemic as part of a Muslim conspiracy sparked by Tablighi Jamaat, which is a transnational organisation. Yet Muslims living in densely populated neighbourhoods in North India are among those most likely to contract the virus. In Varanasi, several of these neighbourhoods have been declared hotspots and sealed by the police for weeks.

Muslim–Hindu relations in the city, a friend there told me recently, are at an all-time low. Some Hindus are still angry that the Tablighi Jamaat convention went ahead. Others are incensed because some imams have suggested that prayers will shield the community from the virus. But the biggest problem is fear among Muslims. They already have a deep distrust of the government, and many are therefore reluctant to report new cases, or get tested, for fear of official retribution and vigilante attacks.

There is a catch-22 in this for the Muslim community. Those fears will lead to an increased spread of the virus, further fuelling rumours that Muslims are sheltering infected individuals and acting irresponsibly or maliciously. Ramadan may bring additional challenges, with containment and social distancing difficult to maintain.

But Muslims are not the only ones suffering. The pandemic has exacerbated the precarious conditions faced by millions of impoverished migrant labourers working in India’s megacities. The majority of these socioeconomically vulnerable workers had practically no time to prepare for the lockdown and few savings to get them through such an extended period. Most have been left unable to feed themselves, pay their rent or remit their earnings to their families in the villages.

Such abject circumstances led many migrant workers to leave cities and towns in a hurry. Millions have been stranded part-way home in densely packed makeshift shelters, where food, clothing and basic amenities are scant and potential for contamination is high. Ignorance and fear mean they have been faced with closed borders, bizarre quarantine methods and backlashes from locals, many of whom are agitated by the prospect of these human vectors travelling through their towns and villages.

The pandemic has also exposed a fatal flaw in the decades-old Public Distribution System, which provides subsidised food for the poor. Because it is locally based, the scheme is effectively closed to millions of migrant workers. They are not in their home villages, where registration is relatively straightforward, and qualifying where they are working means completing paperwork, dealing with red tape, and lots of time. The many who work in the informal sector or in unauthorised slums find it impossible to prove eligibility. The incentive to try to get back to their villages is great.

State and national leaders face a formidable challenge in guiding India through the pandemic. It is largely up to the states to implement lockdown measures and control the spread, but they entered the pandemic at different starting points in terms of healthcare systems, education levels and other resources. The southern state of Kerala is leading the way in its coordinated response, tapping its unionised healthcare workers and civil society organisations to great effect. Other states are struggling to control a growing list of hotspots in major cities, with frontline workers — police, medical professionals and sanitation workers — facing mounting verbal and physical attacks sparked by fearful rumours.

India’s ethno-religious tensions and socioeconomic divides are all having a significant impact on how the pandemic unfolds, leading many to question whether the country can manage its spread. What is becoming painfully clear is that a coronavirus safety net must contain much more than economic relief if it’s to tackle prejudice and misinformation and promote solidarity. •

Assa Doron is Professor of Anthropology and South Asian Studies at the Australian National University. He is co-author with Robin Jeffrey of Waste of a Nation: Garbage and Growth in India (Harvard University Press, 2018).

The high price of sovereignty 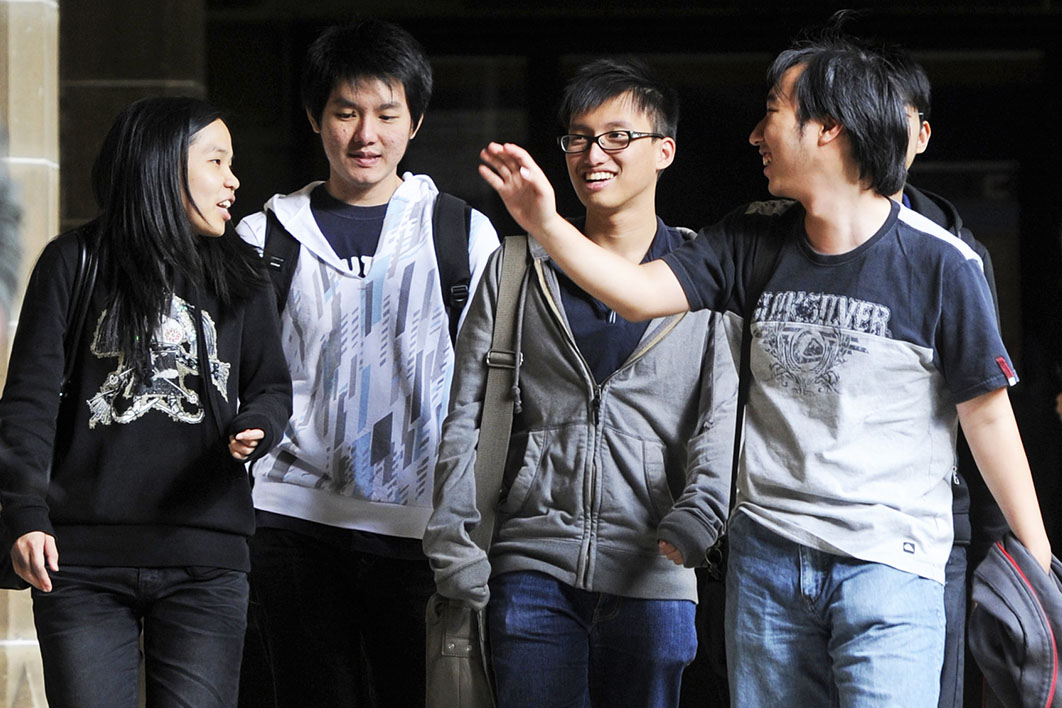