Books | Can a personalised leadership style achieve results in this diverse and complex country? 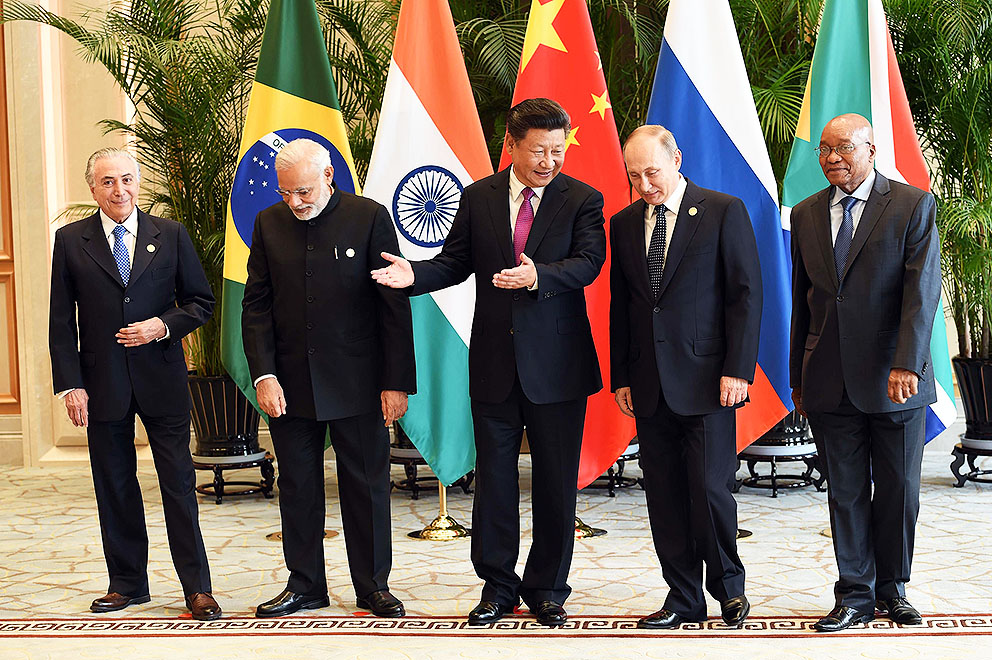 The Indian PM’s foreign ambitions can mean domestic decisions are put on hold: Narendra Modi and other world leaders in Beijing in September this year. GCIS

Modi and His Challenges
By Rajiv Kumar | Bloomsbury | $34.99

The government of Narendra Modi has passed its two-year mark, and the hopes and excitement of the election campaign have well and truly given way to a pragmatic attempt to deliver economic transformation in small steps. In this timely book, Rajiv Kumar, a leading economist with private as well as public sector experience, from Delhi’s Centre for Policy Research, sets out to understand the government on its own terms.

At the centre of the book is the prime minister. Kumar summarises Modi’s early life, examines how he operated as chief minister of the high-growth state of Gujarat, shows how he carried his centralised model of governance to Delhi, and concludes with an exposition and critique of key policy initiatives. Especially helpful for non-Indian readers is the book’s examination of the prime minister’s work style and the policy and management challenges he faces.

Don’t be put off by an extensive table of Gujarat programs, or by the long appendix to a chapter about current national programs partway through the book. While some readers will object to this unconventional organisation, others will find the extra material useful (as I did) for chasing down details.

Kumar proposes that Modi’s approach to government combines elements of Hindutva (Hindu-ness), vigorous nationalism and a drive for development. In this “development state,” all important initiatives are driven by a prime minister who wants to see a more efficient (rather than necessarily smaller) public sector, who supports a project-by-project approach rather than an overall vision, and who expects that successive increments will add up to transformations.

Although Kumar is broadly sympathetic, he urges less reliance on centralised leadership and considerable restraint in pursuit of Hindutva. He is sceptical that the project-by-project approach will bring the promised economic benefits and insists on the need for sector-based, labour-intensive strategies to provide jobs and to facilitate growth of the kind that is beneficial across the population. But he also acknowledges that a more complete assessment of the government’s prospects is difficult without more information about impacts to date.

The book begins by relating Modi’s neo-middle-class, lower-caste background (his father was a tea stall operator at the local railway station) and his emergence as the high-achieving member of an otherwise ordinary family. After leaving an early arranged marriage, and following a period of wandering in search of spiritual learning, he made his early career as an organiser in the Rashtriya Swayamsevak Sangh (the RSS, or National Volunteer Organisation), which then assigned him to the Bharatiya Janata Party where, despite being a relative outsider, he came to prominence.

Kumar admits to being puzzled by Modi’s personality. Each of his encounters with Modi has left him with a different impression, though several characteristics have become clear: Modi is open to new ideas; he has an eye for detail; and, as his adept use of social media and accomplished photography shows, he is at home with technology. He also follows his own path in a disciplined way. Despite his years in the RSS, he kept the organisation at arm’s length when he was chief minister of Gujarat. In government, he tends to act not through institutions but through trusted civil servants.

In Gujarat, as Kumar sees it, Modi operated a paternalistic, centralised administration that focused on development by “getting on with it.” He took problems as they came and worked to solve them. Energised bureaucrats, continuous publicity and close relations between government and business provided a sense of achievement. He was helped by the state’s relatively strong economic base and by a “globally benign environment.” Manufacturing development was relatively labour-intensive and farming as a business was encouraged. Improvements were made to urban and rural infrastructure. The use of IT in government was championed.

But while Kumar is impressed with these achievements and recommends their emulation in other states, he acknowledges that Modi’s record in Gujarat remains contested. Health and education received insufficient attention. Not all sections of the community benefited. No overall vision for development emerged. Further, the murderous communal conflicts of 2002, shortly after Modi took office, shouldn’t be forgotten. While Kumar believes that an objective analysis of these events is impossible, he hints that they continue to cast a noticeable shadow on national affairs.

The relevance of the prime minister’s time in Gujarat is that he seems to be using the same methods in Delhi. Kumar poses questions that are still to be answered. Modi’s approach in Gujarat depended on constant learning; will he continue to learn in Delhi? Will he adapt his personalised, centralised, partisan leadership to become an effective rajrishi (a combination of monarch and saint)? For Kumar, the risks Modi faces are a lack of supportive networks like those in Gujarat, an over-dependence on a burgeoning Prime Minister’s Office, limited consultation with outsiders, and the expectations of hard-line Hindutva supporters.

As in Gujarat, Modi has demanded improved performance from the national civil service, while continuing to rely heavily on individual officers. His only structural change has been to replace the Planning Commission with the NITI Aayog (National Institution for Transforming India). Kumar favours augmenting the civil service with external skills, including from business. He is sceptical about the NITI Aayog’s contribution – especially in managing relations with the states, which now control many of the most important decisions that affect business growth. On top of all this, the prime minister’s ambitious initiatives in foreign relations take him out of the country when important decisions have to be made at home. Centralisation in Delhi may entail far greater costs than in Gujarat.

In a section that repays careful reading, Kumar surveys the extensive range of projects initiated by the government, including the “Make in India” scheme to promote manufacturing and exports; Swachh Bharat (Clean India), aimed at cleaning up cities and towns, and building lavatories to discourage still-prevalent open defecation; the Aadhar identity-card system, which also facilitates digital transfer of money and benefits; “Smart Cities” and “Digital India,” to extend the use of IT in government and society; and many more.

Kumar highlights not only the problems in implementation, but also the magnitude of the economic development task. To catch up with China and Korea, with which India once compared in its per capita income, India needs to grow for years at double-digit rates and create one million new jobs each month. Unfortunately, Kumar argues, recent annual growth rates of approximately 7.5 per cent are not translating into employment growth and, in any case, growth won’t fix all problems that India faces.

To conclude, Kumar surveys four sectors – agriculture, manufacturing and exports, infrastructure, and education – in which much more needs to be done. In particular, he argues that a project-driven strategy needs to be replaced by strategic approaches that cover each sector. He maintains that transformation by small steps will not take place without an expanded vision and a management philosophy that looks beyond inputs to outcomes. He places his prescriptions for economic policy in social and political context. He also sees no place for extreme social and religious organisations and urges firm steps in public and private to put them out of business.

Kumar’s conclusion is that “India cannot afford Modi to make many mistakes.” Whether the prime minister is of a mind – or has the freedom – to take advice of this kind remains to be seen. But for readers wanting to look beyond immediate politics and the controversies surrounding the Modi government, and to understand some of the forces behind events since publication (including the currently controversial “big bang” demonetisation of large banknotes, which the author supports, in an attempt to curb “black money”), Kumar is an accessible and considered guide. In particular, he raises questions about the effectiveness, in a country as diverse and complex as India, of a model of governing that depends more on personal leadership than on the building and deployment of institutional capability. •

Bob Smith is an Adjunct Professor in the School of Management at RMIT University and a former public servant.

Essays & Reportage The Great Divide Bill Gammage 20 July 2021 The debate about Dark Emu is trapped in a centuries-old European worldview, says the author of The Biggest Estate on Earth
Close

In a world-leading public health measure, highly effective anti-virals have been made available to treat Hepatitis C under the Pharmaceutical Benefits Scheme 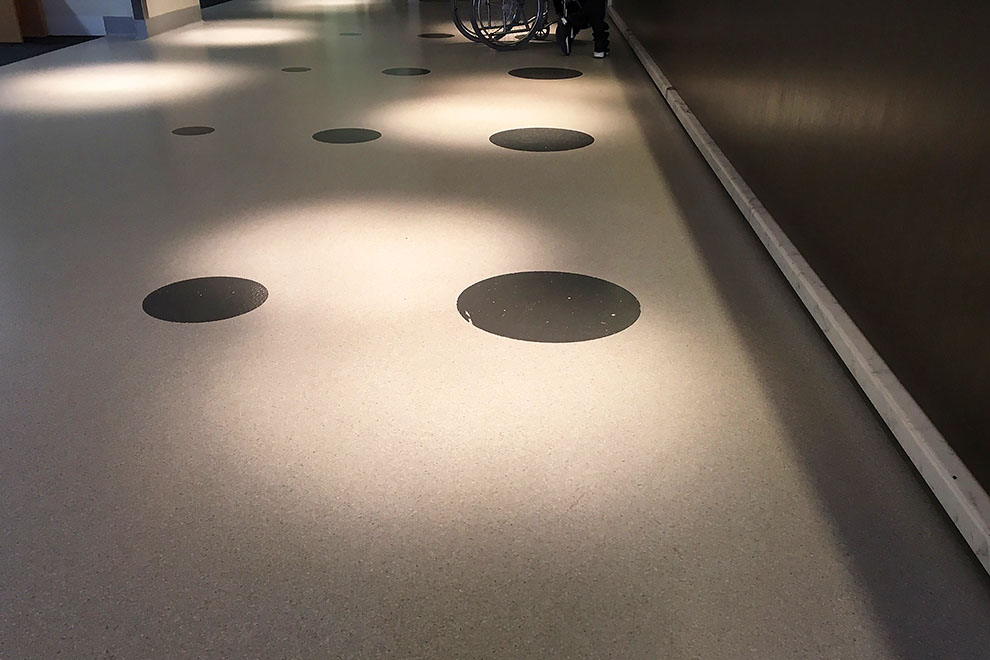