Indigenous affairs: how we’re choosing by not choosing

We should all be aware of the great cost of inaction

Persistence and vision: Indigenous leaders Megan Davis, Pat Anderson and Noel Pearson with the Uluru Statement from the Heart during the closing ceremony of the First Nations National Convention on 26 May 2017. Alex Ellinghausen/Fairfax Syndication 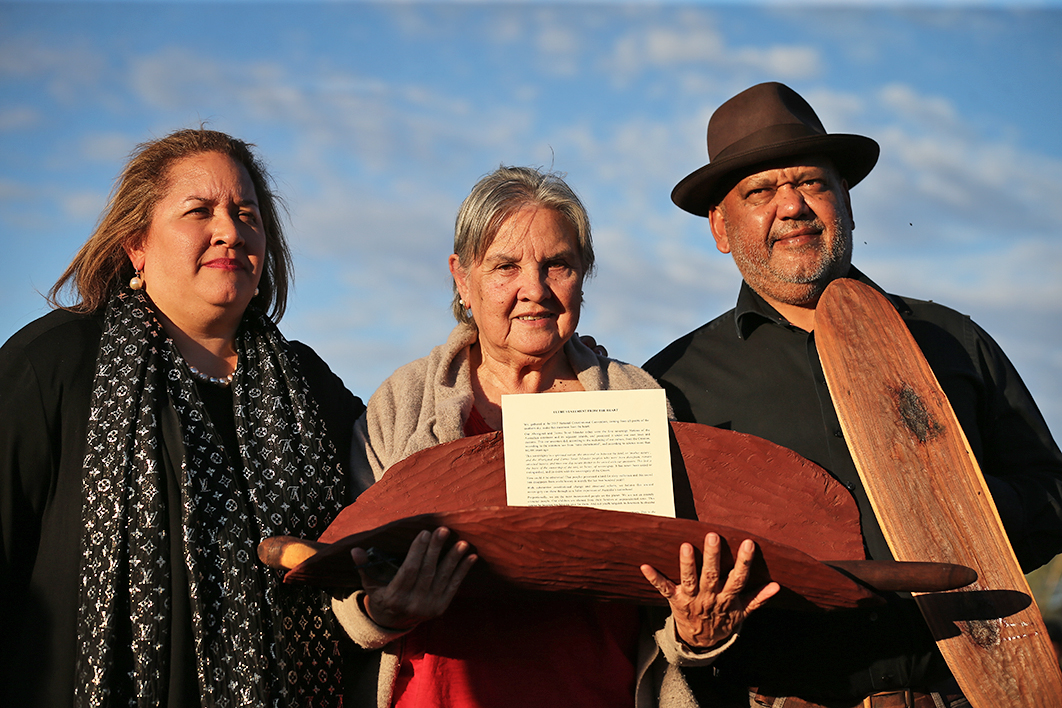 Persistence and vision: Indigenous leaders Megan Davis, Pat Anderson and Noel Pearson with the Uluru Statement from the Heart during the closing ceremony of the First Nations National Convention on 26 May 2017. Alex Ellinghausen/Fairfax Syndication

After twelve years of public debate and consideration, last month’s election result inevitably means a delay in substantive constitutional reform for Australia’s First Nations. The implications affect not just Indigenous Australians but also the nation as a whole.

Labor was committed to a referendum on constitutional change in its first term. It would have included a yet-to-be-legislated Indigenous Voice to Parliament, embedded in the Constitution, with the detail left to a post-election design process. Key Indigenous proponents such as Noel Pearson and Megan Davis believed they could overcome the widely recognised impediments to a referendum lacking bipartisan support, but the risk of failure would have been high.

The Coalition went to the election having spelt out its deep opposition to the Indigenous Voice in a series of statements by prime ministers Malcolm Turnbull and Scott Morrison, former deputy prime minister Barnaby Joyce and former Indigenous affairs minister Nigel Scullion. All four men alleged that the Voice would amount to a third chamber of parliament, and thus threaten the integrity of our system of government.

In a shift in tactics, though, the Morrison government highlighted its support for the recommendations of the parliamentary committee on Indigenous constitutional recognition, jointly chaired by Liberal MP Julian Leeser and Labor senator Patrick Dodson. The committee wanted a further process of consultation leading to a final report before the end of the new parliament. In its pre-election budget, the government allocated $7.3 million for those consultations and pointed to having earlier allocated $160 million to its contingency fund to run a referendum at an unspecified point in the future.

These decisions appear, and were designed, to signify a commitment to the recognition process. But despite the welcome appointment of Ken Wyatt as minister, the government has given absolutely no commitment to dealing with any other substantive Indigenous reform proposals, including the Indigenous Voice. What is on offer is yet another of the seemingly interminable consultation processes on constitutional recognition commissioned by Labor and Coalition governments over the past decade, and the prime minister’s latest comments merely reinforce this point.

While Labor offered the best chance so far of successful constitutional reform, neither party has committed to a detailed and specific proposal, let alone a referendum question to be put to a vote. In a Policy Insights report published this week by ANU’s Centre for Aboriginal Economic Policy Research, we take a step back and focus on the structural issues that perpetuate Indigenous exclusion in Australia. We argue that continuing disadvantage and the inability of the nation to come to terms with Indigenous recognition are a function of that exclusion.

While we see considerable value in the Indigenous Voice proposal, we also argue that it alone cannot deal with deep-seated Indigenous exclusion. Even if an Indigenous Voice were established and effective, it would take decades to make the nation’s many social and political institutions more inclusive. Substantive Indigenous reforms have a history of being resisted by those with an interest in preserving the status quo. Even when reform is successful (as was largely the case with the Aboriginal and Torres Strait Islander Commission, notwithstanding its patchy record), it is wound back when those who feel adversely affected by the reform gain influence and power.

We take a detailed look at the history and experience of ATSIC, a previous mechanism designed to give Indigenous interests a voice (though within government rather than to parliament). ATSIC’s leadership and internal governance had a mixed record, but its strengths and contribution — and particularly its regional representation structure — far outweighed its shortcomings. Its failings were arguably the fault of ministers reluctant to use their powers to support ATSIC’s and Indigenous peoples’ repeated calls for necessary reforms. Its successes were overshadowed when the Howard government decided it would take the blame for the Coalition’s Indigenous policy failures.

What then of the Indigenous Voice? We discuss both implementation tactics and the design options available to policymakers. Whether the proposal is put to a referendum first and then legislated (assuming it is successful) or legislated first and then entrenched in the Constitution via referendum, legislation will be needed. The options, as to both its makeup and its scope, are myriad. Legislation also means that parliament, with all the usual trade-offs, will have a say over structure, design and remit. Again, the experience of ATSIC is relevant.

We also assess and analyse the issues likely to arise when an Indigenous Voice is being designed. Two of the more salient are the fact that in our system parliament is effectively dominated by the executive, and the fact that mainstream policy issues and programs increasingly have greater impact on Indigenous citizens than Indigenous programs do. The major risk we identify is that the Indigenous Voice legislation will create an entity that is structurally incapable of influencing parliament effectively on matters relevant to Indigenous interests. The tasks of devising a path to successful implementation and designing an effective Voice are extraordinarily complex, and we propose a number of strategies to deal with this complexity. But it should be recognised that an Indigenous Voice is not a panacea for what most analysts agree has been an area of longstanding and comprehensive policy failure.

Other structural changes will be required, potentially including agreements, treaties and other mechanisms, and these will play into a greater role for Indigenous interests in the design and implementation of government programs and policies. In all cases, First Nations peoples face power differentials and inevitable pressure from other interest groups pursuing their own concerns. These are significant challenges, and they pose a serious threat to the likelihood of effective reform. Part of the solution, we argue, is for Indigenous interests to invest in better advocacy; another is for them to seek out allies among other interest groups. A third, perhaps quixotic observation is that it is in the long-term national interest to create a more inclusive and equitable society.

We also spend considerable time in our report explaining why it is that political parties, the media and the community at large tend to grasp for simplistic Indigenous policies. A consistent theme through our analysis is that reform must be substantive. The political process has failed over at least the twelve years since John Howard promised during the 2007 election campaign to deliver constitutional recognition within the first eighteen months of his next term. At virtually every decision point, across the breadth of the mainstream political spectrum, the path of least resistance has been chosen — a path based on rhetoric and aspiration rather than substance.

While the moral imperative for making the nation’s institutions less exclusionary is unarguable, the political imperative for reform is weak or non-existent. First Nations are left seeking to take advantage of ephemeral political and policy opportunities, the insecure generosity of dominant interest groups, and the possibility that extraordinary individual action, whether by a minister within a government or by the Indigenous community, can navigate the maze of structural obstacles. The progress to date of the proposal for an Indigenous Voice, driven by the sheer persistence and vision of First Nations leaders such as Davis and Pearson, is an example of the latter.

Central to our analysis is our view that the nation is making unacknowledged but enormously significant choices by failing to pursue substantive Indigenous policy reform. The costs of prevarication, short-sightedness and endemic self-interest fall not only on First Nations citizens but ultimately on the nation as a whole. While First Nations and their leaders will clearly need to take stock and reassess their options and strategy, it is beyond time that the Australian nation took stock as well. •

Neil Westbury has worked in Indigenous affairs since the early 1970s in the Northern Territory, Western Australia, Victoria and the ACT. He is a former General Manager of Reconciliation Australia and a former Director of the Indigenous Land Corporation, and is currently Chair of the Machado Joseph Disease Foundation. He was formerly a Visiting Fellow at the Centre for Aboriginal Economic Policy Research.

Michael Dillon has worked for Indigenous communities in the Kimberley region of Western Australia, and in senior bureaucratic roles related to Indigenous affairs in the Northern Territory and the Commonwealth. He has been an adviser to a number of federal ministers for Indigenous affairs, was former CEO of the Indigenous Land Corporation, and is currently a Visiting Fellow at the Centre for Aboriginal Economic Policy Research at the ANU. 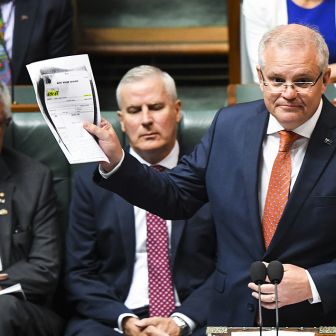 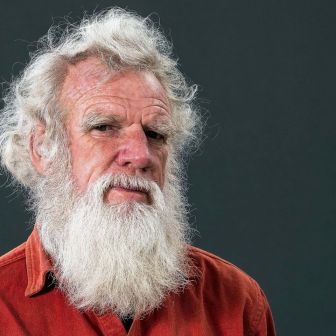 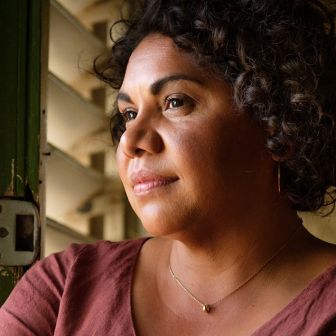 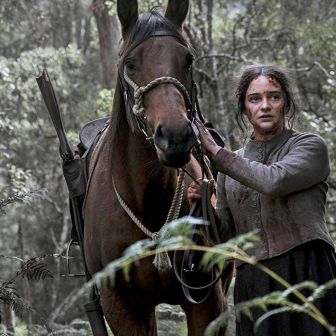 Hyperbole meets hypocrisy when governments take on (some) leakers 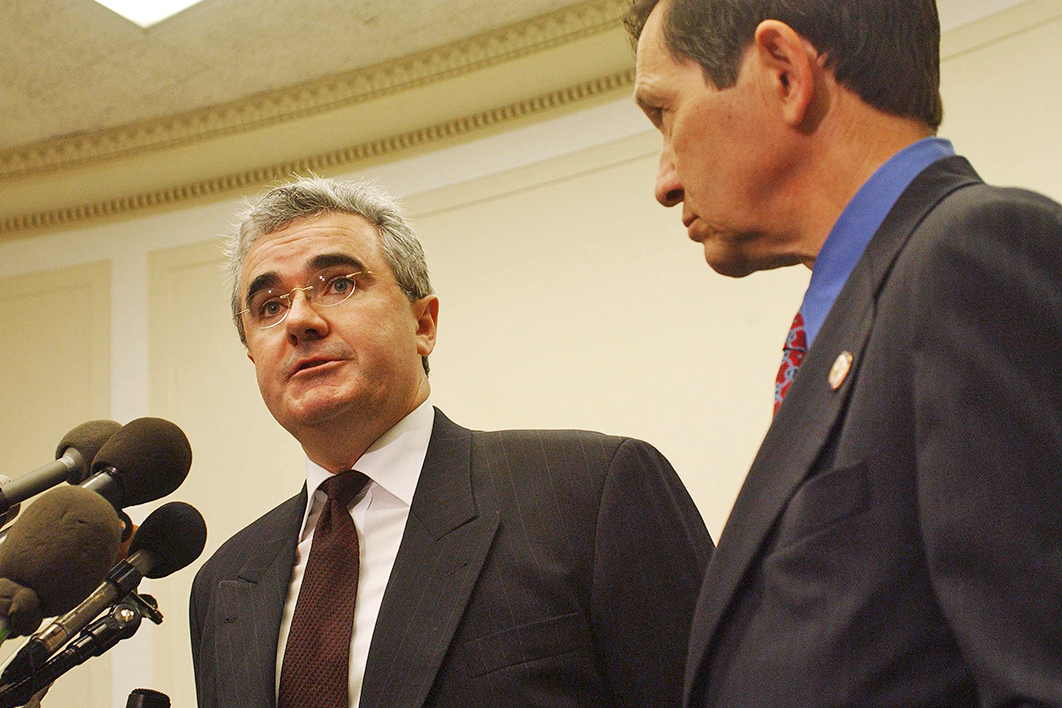