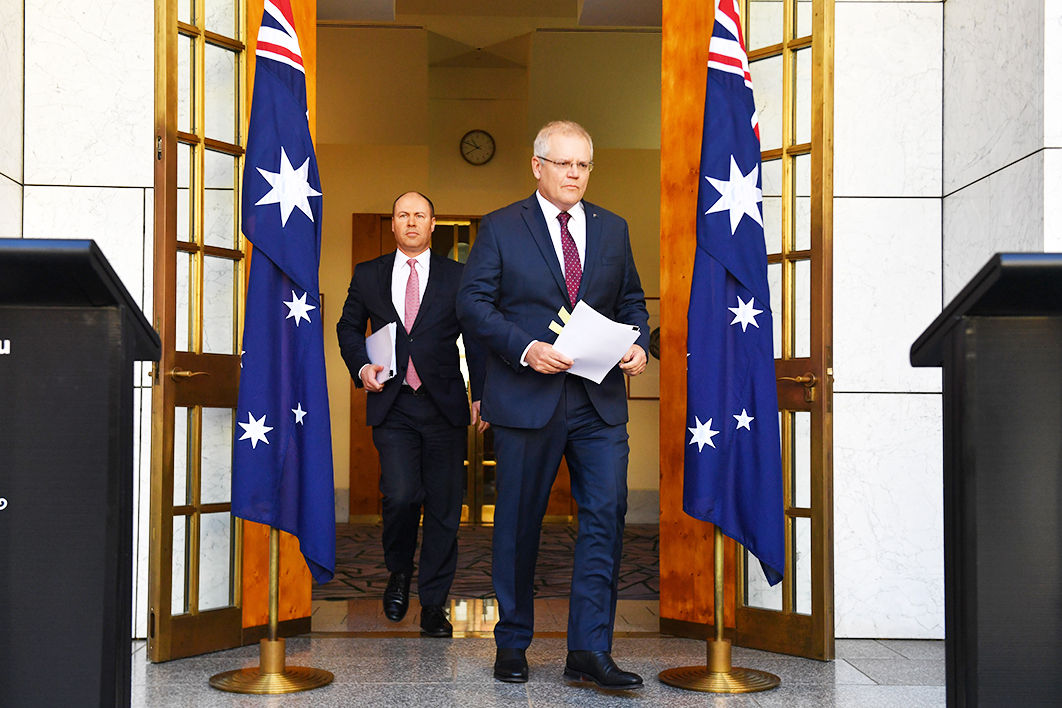 It’s no wonder that people like the idea of a job guarantee, with the government as the employer of last resort, promising a job to anyone who wants one. It would avoid the catastrophic and well-documented social, economic, political and cultural costs of long-term unemployment on families, health, life expectancy and communities. And economists love that it’s an “automatic fiscal stabiliser”: it increases government spending when the economy is weak by funding the guaranteed jobs, and reduces it as the economy recovers.

So, if the benefits of a job guarantee are so big, what’s the problem?

The most commonly cited problem is probably the least compelling: that a job guarantee would cost a lot of money. Estimates are often around $20 billion to $30 billion a year. These numbers are big, but misleading. After all, this money doesn’t vanish. It goes into goods, services and household savings. One person’s spending is another’s income.

More importantly, the cost of a job guarantee must be weighed against the social costs of inaction. And with the government’s real borrowing costs at or below zero, and no convincing reason to repay debt so long as GDP growth exceeds government bond yields, the cost argument is weaker than ever.

But a job guarantee has bigger problems — macroeconomic, operational, political and the existence of a more effective alternative — that make it a poor choice.

The macroeconomic problem is that a job guarantee can’t guarantee a job for everyone. Unemployment has a “natural rate,” estimated at between 4 and 5 per cent in pre-Covid Australia. If unemployment falls below this rate, inflation increases and interest rates rise, hurting investment and consumption and bringing unemployment back up to this natural rate.

Arguments that we can defy that kind of economic gravity are unconvincing, with big trade-offs. They usually rely, among other things, on having the government set or heavily influence wages, which would kill more jobs than it creates. The better approach is to get the natural rate of unemployment lower (which can only be done through productivity-enhancing reform) while stimulating demand. Governments could do both, but don’t.

Many of these things are caused by long-term unemployment as much as they are causes of it, but they are nevertheless hurdles to be cleared before the first interview. Advocates of a job guarantee recommend programs to boost education, training, health and job-readiness — programs that, again, should be implemented today outside of any job guarantee, but aren’t.

Then there’s the question of where the guaranteed jobs would come from. Most proposals advocate wage subsidies (encouraging private sector employment), direct government employment (such as community projects) or a combination of the two. Reviews of Paul Keating’s Job Compact show that the private sector rarely comes to the party; most people are employed directly by government.

Government is economically justified in employing people to supply public goods and services (infrastructure, defence, healthcare, education), but most of these jobs require long-term (not short-term) employees with specific skills. This means there is a limited pool of productive jobs the government can offer without either crowding out the private sector or creating big inefficient programs. That’s why economists preferred Julia Gillard’s price on carbon over Tony Abbott’s “green army.”

These operational questions just scratch the surface. Will unemployed people be forced to take a guaranteed job? Is the rest of the social safety net abolished? Are people and their families required to move interstate for work? What happens if people don’t leave the guaranteed job to take a private sector job even if the wage is higher? Can someone be fired from a guaranteed job? Do these jobs provide superannuation, leave and other entitlements? Is there a risk that the guarantee stops people searching for other jobs?

To be fair, none of these questions is new. Advocates of a job guarantee have answers for all of them. But their answers all involve (and rely on) the same thing: a huge, highly competent and highly coordinated bureaucracy that gives significant attention to detail, working in a flexible and patient system that can be tailored to the unique circumstances of Australia’s unemployed people.

This strikes me as a tall order. Governments are pretty good at one-size-fits-all. But when we want something more tailored and individualised, we usually leave it to markets, where the role of government is to shape incentives and top up incomes. It’s hard to think of examples where the government has successfully delivered tailored, individualised solutions to the public on a large scale. The government’s response to Covid-19 is a case in point.

This brings us to the political challenge. Advocates of a job guarantee are the first to acknowledge that it occupies a difficult space in politics. Many on the political left see it as work-for-the-dole on steroids: a right-wing, neoliberal conspiracy to undermine and destroy the safety net by stealth. Many on the political right see it as nothing more than rank socialism: a massive expansion of government and the abandonment of free markets.

Perhaps these attitudes will change. But the fact that neither side of politics is currently willing to champion an idea that has been around for generations suggests a job guarantee’s political feasibility is far from guaranteed.

But the biggest problem with a job guarantee is encapsulated in my favourite quote from The Simpsons: “We’ve tried nothing and we’re all out of ideas.” The same is true when it comes to Australia’s unemployment challenge.

Unemployment is rising rapidly and is likely to stay high for many years. What are we doing in response? The government has reduced the size of JobKeeper, reduced the size of JobSeeker and reduced other stimulatory spending. Structural reforms like tax reform, product market reform and labour market reform are nowhere to be seen. The Reserve Bank has stopped quantitative easing, ruled out doing more, and shrugged off the unconventional policies being deployed in other countries. The welfare safety net has been inadequate and poorly targeted for decades, with no serious attempts to fix it or tackle the complex challenges facing the long-term unemployed.

The notion that Australian governments have “tried everything” and must now turn to radical approaches like a job guarantee is unconvincing when our existing tools remain largely unused. Nobody doubts that these conventional policies — fiscal policy, monetary policy and structural reform of the tax and welfare system — if thoughtfully implemented, would reduce unemployment.

The unwillingness of governments to use these existing tools highlights the real problem: a lack of political will to fix a system that works for the majority. Perhaps Covid-19 is the political circuit-breaker we need. But the fact that an idea as old as a job guarantee still struggles to garner support suggests it is not up to the job. •