Is minority government the path to power for Tasmanian Labor?

The Liberals are ahead in the polls, but the state’s electoral system could create a chance for the opposition 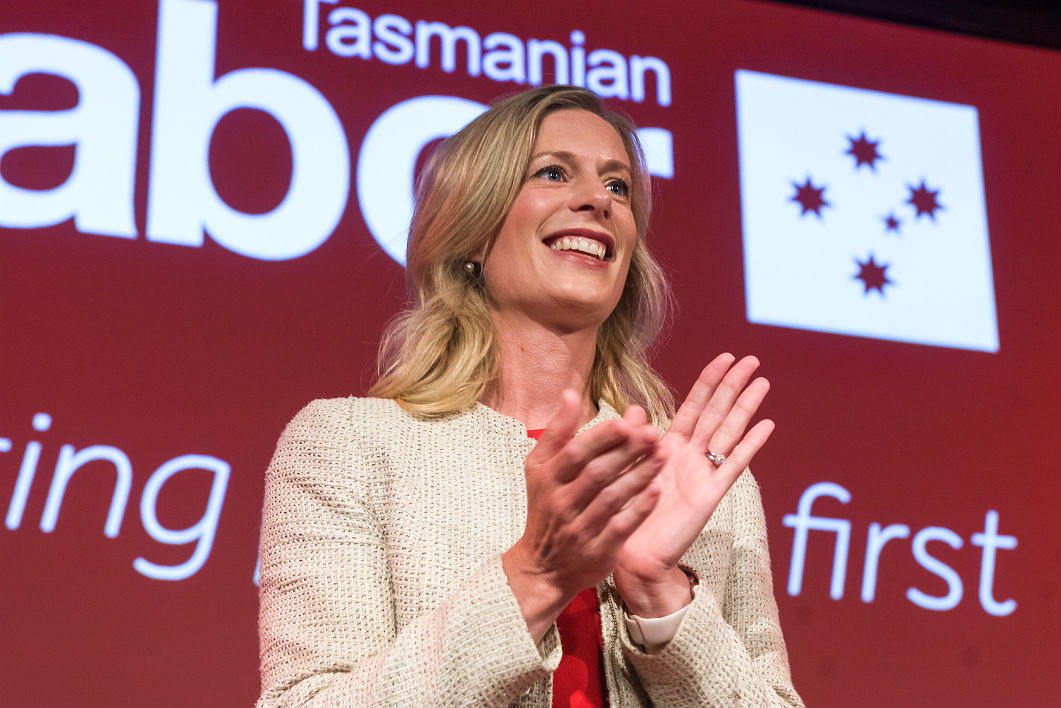 Saturday’s election is likely to see Will Hodgman’s Liberal government returned in Tasmania after a disciplined and well-funded — if contentious and sometimes negative — campaign, and with the immeasurable advantage of having governed in good economic times.

Or will it? The new Labor opposition leader, thirty-five-year-old Rebecca White, has shaken things up thoroughly with a radical plan to rid the state’s pubs and clubs of poker machines. Not surprisingly, she has drawn the wrath of the Liberals and the giant Federal Group (formerly Federal Hotels), the state’s biggest poker machine operator.

Country-raised White, who gave birth to her first child less than a year ago, is a politics and commerce graduate. She entered parliament in 2010 after working as a political staffer, and was still its youngest member when she became Labor leader last year. Smart and articulate, she is running a courageous campaign against one of Tasmania’s largest industries.

Indeed, the extent to which the Liberals’ campaign spending is outpacing that of other parties is worrying many observers, as is the question of who is funding a parallel “grassroots” campaign against Labor’s plan. Independent Legislative Council member Rosemary Armitage is among those calling for greater transparency than what is currently required under Tasmania’s political donation laws. And the Greens will move a no-confidence motion when parliament resumes if the Liberals don’t declare the sources of their funds.

But polls are showing that the issue is a low priority for most Tasmanians, so it’s unlikely that White’s plan will be sufficient to win majority government. It would be a herculean effort for Labor to more than reverse the fall in its primary vote to just 27.3 per cent, a thirty-year low, at the 2014 election. In fact, ReachTEL polling suggests that the Liberals are comfortably placed for Saturday’s election, though Tasmania’s Hare-Clark voting system and divisional boundaries mean that even the poll’s 46.4 per cent support for the Liberals won’t necessarily translate into a majority.

The Liberals won’t be expecting a repeat of their landslide 51.2 per cent primary vote in 2014, which delivered them fifteen seats in a twenty-five-seat parliament (with seven Labor MPs and three Greens). In fact, they are worried enough to have out-promised Labor in key areas of social spending (health, education and affordable housing) as well as making their usual promises of more jobs, higher economic growth and a continuing budget surplus.

Labor had held office for three terms when it faced the voters at that election. Its support base had been in decline since a 2002 high, and the Greens had managed a remarkable 21.6 per cent of the vote in 2010 (after 16.6 per cent in 2006 and 18.1 per cent in 2002). Indeed, the Greens had been cannibalising the Labor vote ever since Labor failed to back the campaign to save the Franklin River in the 1980s. But the Greens’ result in 2010 had probably also been bolstered by voters who were tired of the Labor government.

The Greens face their own challenges in 2018. Already down to three members and probably needing preferences to hang on in Bass, they could struggle to recapture an extra seat in the sprawling rural electorate of Lyons. They have always relied on their ability to rouse public concern over environmental issues and to attract sufficient funds to effectively communicate their policies. After the election, and after the distraction of any minority-government manoeuvring, they will need to analyse the continuing slide in their support.

With Labor’s vote likely to be higher this time but still well short of a win, talk has inevitably turned to the possibility of a hung parliament. If that happened, and if the Greens chose not to support a Hodgman minority government, then it would fall to Labor to negotiate a deal of its own. But a repeat of the 2010 agreement, under which the Greens shared government, eventually with two ministers, is unlikely given the electoral backlash it drew from both parties’ supporters.

The experience of that period is no doubt in the minds of both parties’ strategists. In 2010, like today, voters weren’t entirely convinced that a change of government was needed. When the Liberals gained 39 per cent to Labor’s 36.9 per cent, and the Greens managed an unusually high 21.6 per cent, some kind of minority government was guaranteed. In the end, after a period of confusion during which Labor offered to step aside, it was governor Peter Underwood who invited caretaker Labor premier David Bartlett to test his support on the floor of the house.

The support was there, and the new government formed by Bartlett and Greens leader Nick McKim — whose parties together represented a solid 58.5 per cent of the voting public — went on to govern effectively and serve a full term. Both parties’ ministers sounded surprisingly similar when they promulgated government policy, and the Greens gained some environmental concessions despite tight budget constraints following the global financial crisis. It was undoubtedly a shock for Labor and Green supporters to see Greens in a Labor cabinet, and it cost both parties electorally. But it wouldn’t have been viable for Labor to govern alone in minority.

Having been in office for sixteen years, and having been forced to share power for the last four of them, Labor faced an uphill battle against the energised, popular, centrist Liberal leader Will Hodgman in 2014. No one was especially surprised when the Liberals returned to government.

Another four years later, Tasmania may well be facing minority government again. This would be a blow to the leaders of the major parties, who have both said they want to govern in majority or not at all (unlike South Australia’s premier Jay Weatherill, for instance, who has said he will work with whatever the voters decide). But it may yet be the major parties’ views on pokies in pubs and clubs, and on political donations, that determine the next government.

Given their intended motion of no confidence, the Greens are unlikely to support the Liberals, so Rebecca White’s anti-pokies stance may prove crucial. Greens leader Cassy O’Connor, an MP from the same Denison electorate that Andrew Wilkie holds federally, also wants to rid Tasmania of pokies in pubs and clubs, and the Greens’ long-term policy is right behind her. If the Greens did support a Labor minority government, though, it would be from outside cabinet.

Across the Tasman, a precedent exists for a stable minority government supported by the Greens. Jacinda Ardern, a new Labour leader herself, has created an innovative “inside-out” cabinet, with conservative New Zealand First ministers inside cabinet and Greens ministers on the outside. This keeps the Greens at arm’s length in order to satisfy New Zealand First, who would have supported a conservative government rather than tolerate working in cabinet with the Greens. Ardern relies on a confidence-and-supply deal with the Green Party’s eight MPs. The Greens have three ministerial roles and an under-secretarial position outside cabinet, and join cabinet discussions only as needed.

If the Tasmanian Liberals do fall short of a majority and refuse to, or can’t, govern in minority, the governor would turn to Rebecca White. She could strike a similar “inside-out” deal with the Greens, keeping them outside cabinet but still sharing the ministerial load. This would give the Greens some policy control, but keep them at sufficient distance to satisfy supporters of both parties. Otherwise Labor may strike a lesser confidence-and-supply agreement in return for policy concessions, and beyond this seek vote-by-vote support in parliament.

If the Liberals are returned with a majority, Labor will be looking at a two-term return to government while trying to keep its anti-pokies policy alive. But a Liberal minority government would be inherently unstable and probably shortlived.

For Rebecca White, forming minority government would be a trial by fire, but one that Jacinda Ardern has handled well in more complex circumstances. With a Greens alliance to negotiate and maintain, her pokies policy to implement, and anti–minority government sentiment to repel, White would be dancing on hot coals for years. ●

Kate Crowley is Associate Professor of Public and Environmental Policy at the University of Tasmania.

The end of the era of mass politics?

Can the big political parties regain a sense of legitimacy, or have the conditions that sustained them come to an end? 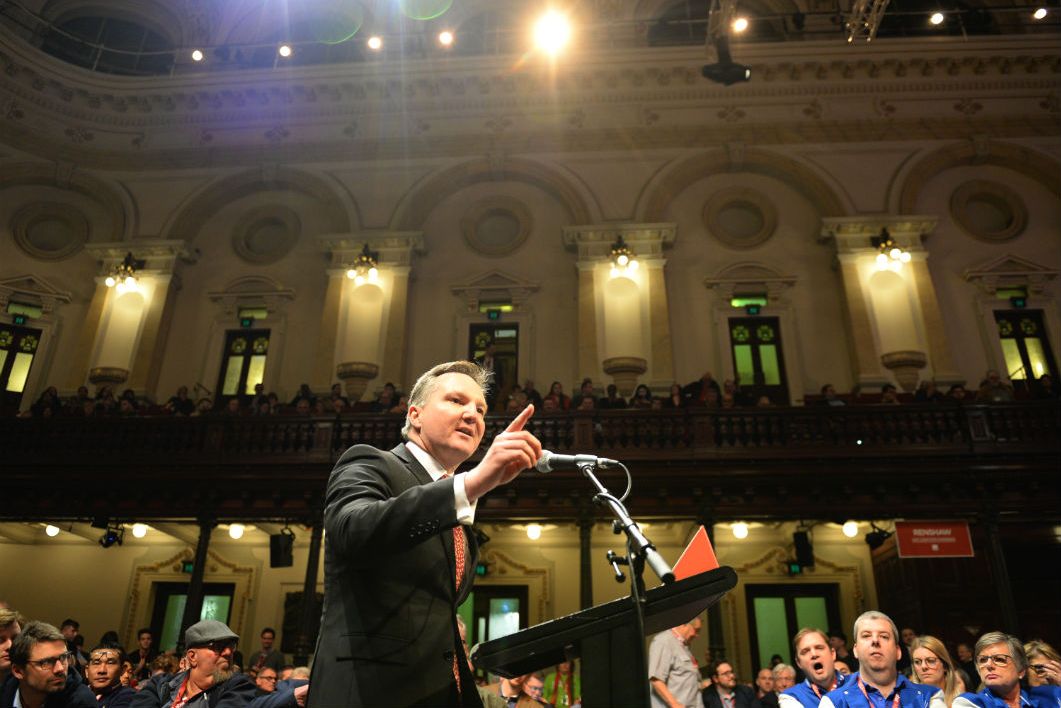