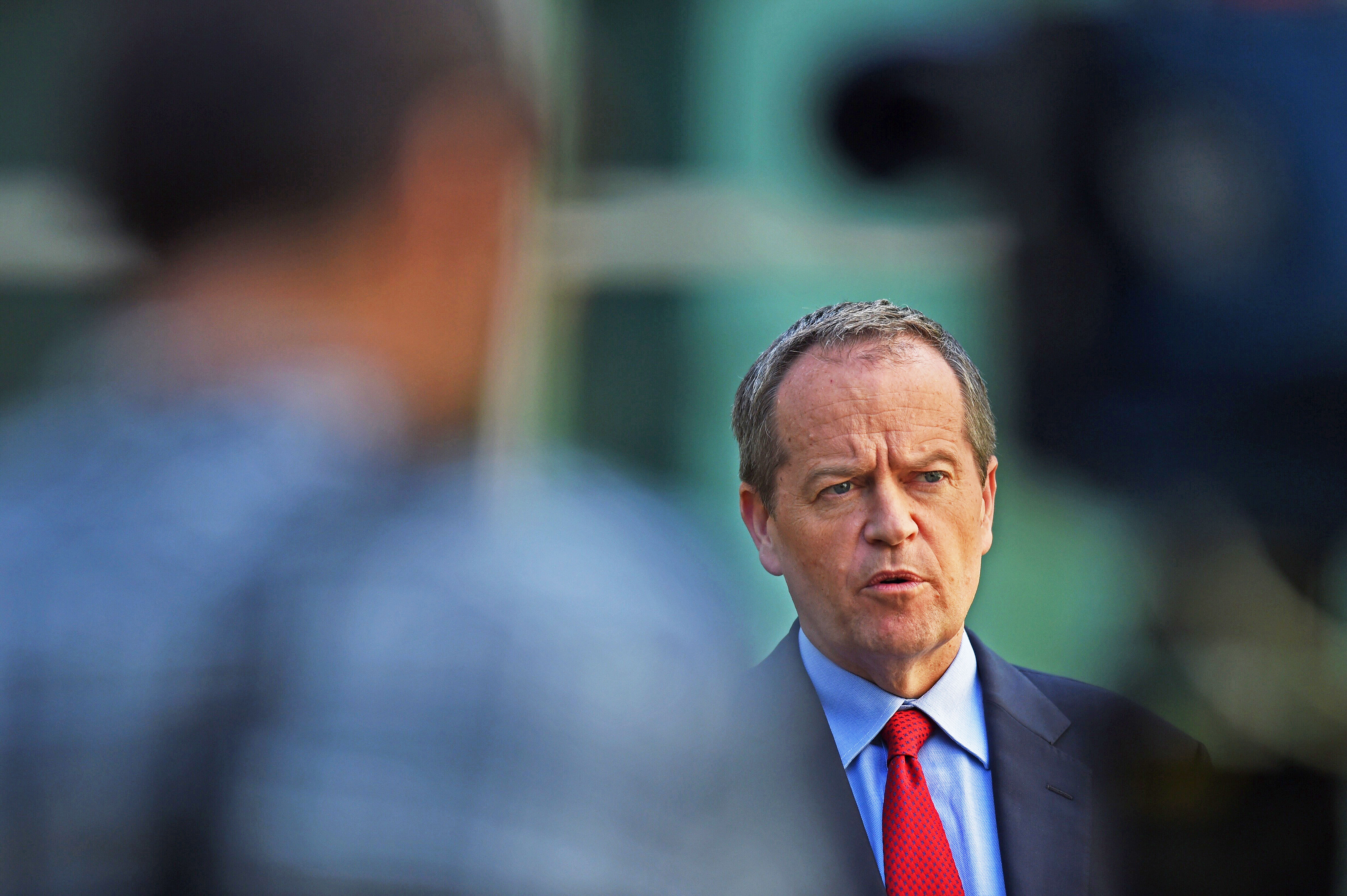 Being first-up opposition leader after a change of government, with only the remotest chance of becoming prime minister, is traditionally the worst job in Australian federal politics. In what might be called the “modern” period, Bill Snedden, Gough Whitlam, Andrew Peacock, Kim Beazley and Brendan Nelson all failed to break that mould. Indeed, Nelson didn’t even survive to contest an election as leader, and nor did his Liberal Party conqueror Malcolm Turnbull.

And yet the record is not all bad news. All four of the post-loss leaders who went on to contest an election, even Whitlam, secured a positive two-party-preferred swing, ranging from modest (Snedden, with 1 per cent in 1974) to substantial (Beazley, with 4.6 per cent in 1998 and a majority of the two-part-preferred vote). In fact, every newly elected federal government since forever has sustained a negative swing at its first attempt at re-election, although none has fallen since 1931.

On the surface, this should be good news for opposition leader Bill Shorten, who would make history (of the worst kind) if he didn’t secure a positive two-party-preferred swing. Getting a swing their way was enough for Snedden, Peacock and Beazley to retain the leadership, although only Beazley survived to contest the following election.

And yet it is possible that a decent swing and a narrow loss may not be enough for Shorten to keep his job. The most obvious difference from the past is federal Labor’s new system for electing its leader, involving votes of both the parliamentary party and branch members. The fact that Shorten was preferred by the former but not the latter can hardly have enhanced his legitimacy and authority, but such an outcome is an intrinsic risk in the dual voting model imposed on the party by Kevin Rudd.

If the views of Labor partisans, as measured by comments in traditional and social media, are any guide, Shorten has failed to convert many to his side since taking the position. Some of this probably reflects his eventual withdrawal of support for the leadership of Julia Gillard, who is now (a little like Whitlam after 1975) enjoying sainthood among the party faithful. In a post–election loss party ballot, Shorten would start from a clear minority position among the true believers.

Shorten is also vulnerable to unrealistic expectations about the outcome of the next federal election. A combination of persistent poor government polling and the fall of two first-term conservative state governments has led to a virtual consensus that the defeat of the Abbott government is not only possible, but likely. This is a serious misreading. Of the two defeated state governments, Victoria’s was an “accidental” one, struggling to hold its ground in a now naturally progressive state; and Queensland’s was led by a man of no parliamentary experience seemingly intent on alienating the voters, incapable of even faking remorse, and with no upper house to save him from himself. On top of that, state elections are usually about health, education and other services, a perceived Labor strength.

Such a situation doesn’t apply federally. While the initial poll responses to the government’s “non-austerity” budget have not been uniform (assorted Labor leads or a 50–50 tie – take your pick), more telling has been the recently reported focus group research with voters who switched from Labor to the Coalition in the last election and have “marked favouably” this month’s federal budget.

These are the voters whose support Labor must recapture if it is to win. Their overall support for the budget is obviously good news for the government, and a reminder that bad polling early in the life of a new government need not be fatal. A first-term government is more likely to be forgiven its excesses than a long-term one: despite results in Victoria and Queensland, the inclination to give a government a second term has not disappeared. And federal elections are usually about economic management, a perceived Labor weakness.

The same research indicates that Shorten has serious problems connecting with swinging voters and that he is as unpopular as Abbott. In such an unpopularity contest, the traditional incumbency advantage will operate. While some of the problem lies in the opposition leader’s robotic delivery and lack of spontaneity (what a contrast with Mark Latham), more worrying for Labor is voters’ linking of Shorten with the Rudd–Gillard leadership circus. Given Shorten’s versatility in helping depose both leaders, this isn’t surprising. But whereas matters of style can sometimes be worked on, a reputation for treachery is not easily dispensed with.

Whether Anthony Albanese, the branch members’ preferred candidate in the 2013 party ballot, would be faring any better must be assessed as doubtful. He is certainly more aggressive and forceful than Shorten, but while fiercely partisan leaders go down a treat with the party base, they rarely make an effective connection with swinging voters (see Abbott). Holding the base might be critical in a system of voluntary voting, but it is of minimal consequence under compulsory voting, where the emphasis must be on attracting those without a firm partisan identification. Albanese seems no more likely than Shorten to recognise economic management – an issue constantly neglected by Labor as a whole – as the key election issue. And it may be that Albanese is just too rough around the edges. The idea that voters prefer an ordinary person as leader is largely a myth.

By definition, the role of an opposition is largely to oppose, but this necessarily makes it difficult for the leader to establish a positive image. Incumbency is still worth something, and most new governments manage to secure a second term; opposition leadership is rarely the decisive factor in such an outcome. And, in Labor’s case, it’s not as if a Whitlam or Hawke is marking time somewhere, waiting for the call: the talent bank is modest. This is of small solace to Bill Shorten who, unlike other first-up federal opposition leaders, probably needs an election win to retain his position. •

Paul Rodan is an adjunct professor in the Swinburne Institute for Social Research, Swinburne University of Technology.

The NZ government sees economic as well as social benefits in breaking cycles of poverty and imprisonment. Although the policy has its critics, it’s worth watching, writes Tim Colebatch 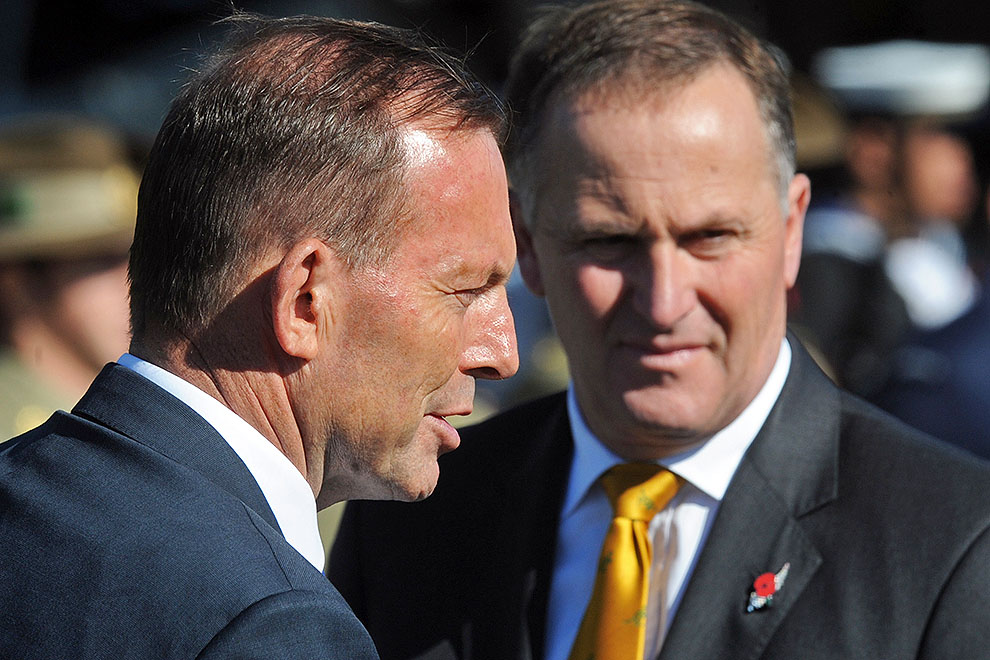