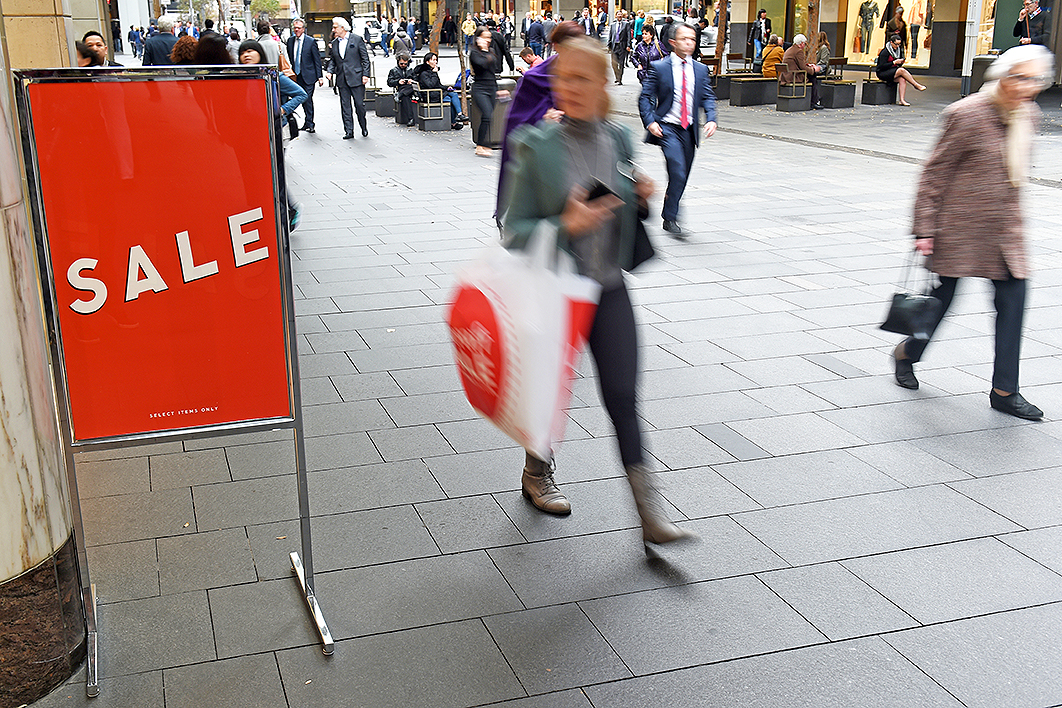 Reserve Bank governor Philip Lowe thinks the sluggish Australian economy may be reaching a gentle turning point. The problem is that it might be so gentle that it feels almost indistinguishable from stagnation. With the long-run drivers of economic growth absent for some time, optimism about a quick turnaround is misplaced. Worse still, with neither side of politics having correctly diagnosed the problem, the proposed solutions will have little to no effect. A radical rethink is required.

Comparing the economy’s performance in the second half of this decade with the first half reveals just how badly things are going. Quarterly wage growth is down 40 per cent. Retail spending growth is down 30 per cent. Consumption growth is down 15 per cent. Investment now contracts each quarter by an average of 0.4 per cent. The rate at which the economy creates new businesses has fallen from 14 to 11 per cent and GDP growth is now at global financial crisis levels.

The treasurer is quick to blame a weak global environment, but this doesn’t stand up to scrutiny. He’s correct that the global environment is weak and riddled with downside risks, but thus far it has been supporting the Australian economy rather than weakening it. Average quarterly growth in net exports has been six times higher in the second half of this decade than in the first. The Australian dollar has supported our exporters by falling 16 per cent from its 2018 peak, and low global interest rates have made it cheaper for our governments, banks, firms and households to borrow abroad.

The problems in our economy are home grown. The weakness in the global economy and the damage caused by the trade war will indeed hurt the Australian economy, but that pain is yet to come. Global trade growth has fallen by half and foreign investment by a fifth since 2017 and the eventual deal between the United States and China will almost certainly hurt, not help, Australia: diverting Chinese demand for agricultural produce away from Australian farmers and towards those in America.

So, what’s the plan? There doesn’t appear to be one. Or, if there is one, the government is keeping it very close to its chest.

We were told after the federal election that tax cuts and interest rate cuts would come to the rescue, encouraging households to increase spending. Even back then, this argument was unconvincing. The data shows that Australian households are deleveraging — paying down record levels of household debt — and are thus more likely to save any windfall gain than spend it. Reserve Bank officials have made this point repeatedly. As for interest rate cuts, the Reserve’s own analysis shows that the full effects of its cuts probably won’t be felt until 2020. No surprise, then, that despite lower tax and interest rates, retail spending hasn’t changed in the slightest and household consumption continues to stagnate.

The bright spot is housing. House prices and clearance rates are increasing once again. Many hope this will support the economy through wealth effects and a boost to construction. But even if homeowners spend their windfall rather than bank it (the latter of which seems more likely in the current environment), inflated asset prices are hardly the growth strategy we were hoping for.

The critical problem is that the sources of long-run sustainable growth — investment and, more importantly, productivity — are nowhere to be seen.

Investment in Australia has been so weak for so long that we are now experiencing “capital shallowing,” with the ratio of capital to labour starting to fall. This is a big problem. A shrinking capital stock means weaker long-run growth. Productivity growth is similarly anaemic. The Productivity Commission showed in June that labour productivity growth for 2017–18 was less than a fifth of its long-run average.

The absence of these long-run drivers of growth paints a bleak outlook. Other than a lack of action, it’s alarming that both sides of politics appear to have mischaracterised the problem, proposing solutions that will achieve little.

The immediate problem facing the Australian economy is clear when you look at the data. Consider the following. While investment is contracting, corporate profits are at record highs, the ASX200 has broken new ground, bond yields and interest rates are at record lows and share buybacks and dividend payouts are both at unprecedented levels — up 140 per cent compared to the four-year average. Qantas has recently bought back almost a third of all its shares and is by no means alone.

What does this tell you about the economy? It tells you that businesses are awash with cash and can easily get more if they want it. It tells you that trying to boost investment in this environment through investment allowances, instant asset write-offs, corporate tax cuts or any of the other measures being proposed by both sides of politics to pump more money into businesses is like giving a glass of water to a drowning person. It also tells you that trying to make already cheap money even cheaper with further cuts to already low interest rates (either by cutting the cash rate to reduce short-term interest rates or using quantitative easing to reduce long-term interest rates) won’t have the effect it previously did.

Put simply: the problem isn’t supply, it’s demand. Businesses will only invest, expand production and make more stuff and produce more services if they think they can sell them. If they can’t see demand, they won’t increase supply. The only things businesses see when they look out their windows is collapsing department stores, declining consumption, indebted households, a risky global environment and a federal government actively weakening demand by taking more out of the economy than it is putting back in (in other words, by running a budget surplus). Australian businesses would be crazy to invest in this environment, and they’re not.

To boost investment, we need to boost demand, and there are plenty of levers available to the government to achieve exactly that.

Increasing Newstart is not only the moral thing to do, it will put money into the pockets of people who will definitely spend it. Increasing the minimum wage will help the most vulnerable and will push up wages across the economy for the millions of Australians who either receive the minimum wage or receive an award wage that is linked to it. The government should abandon its plan for budget surpluses given weakness in the economy, and it should expand trade liberalisation to boost external demand.

Further tax cuts are an option, but tax cuts are a long-term structural response to a short-term problem. Increased spending makes more sense, particularly given the government can borrow and spend at the cheapest interest rates in history.

For long-run productivity, the best time to implement structural reform is anytime. The lowest-hanging fruit is competition reform. Multiple industries in Australia are completely sheltered from competition. Airlines, pharmacies, the legal profession, the medical profession, coastal shipping and numerous other industries are run by firms that are sheltered by law from having to compete. Cracking these industries open will unleash productivity. Competition is the fundamental ingredient of a well-functioning capitalist economy. Without it, inequality rises, wages fall, investment collapses, growth falters and mark-ups rise. Sound familiar?

The Australian economy needs demand, not even cheaper cheap money. Until we properly understand the problem, we will keep producing ineffective solutions. •

Adam Triggs is the Director of Research at the Asian Bureau of Economic Research at the Australian National University. He was an adviser on the G20 in the Prime Minister’s Department during Australia’s G20 host year. 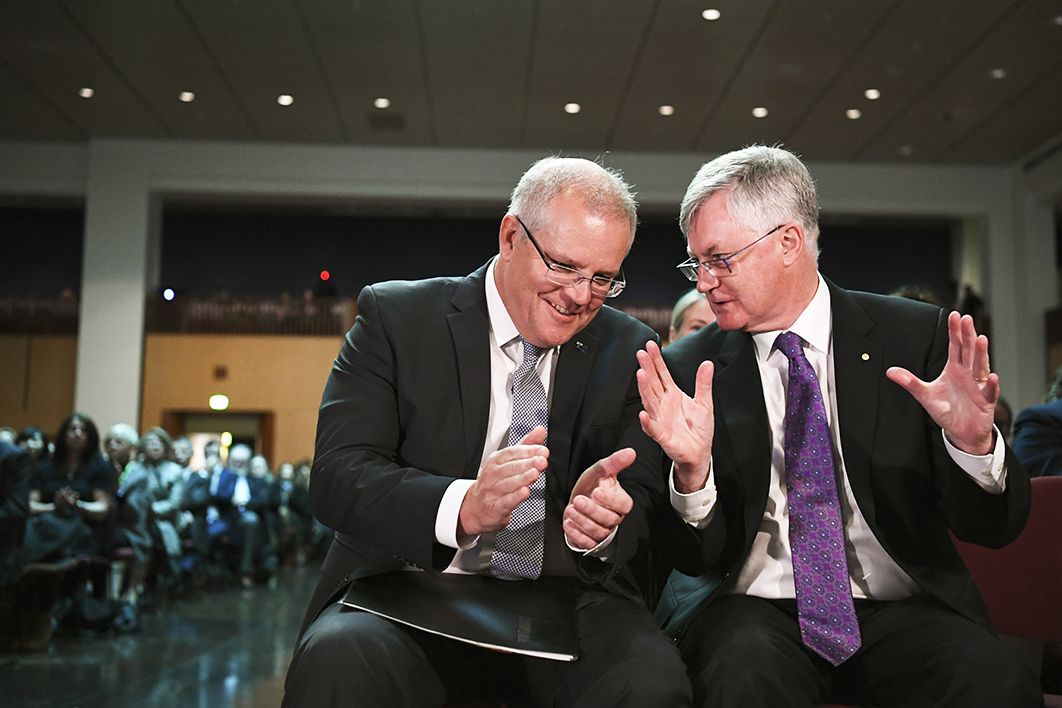