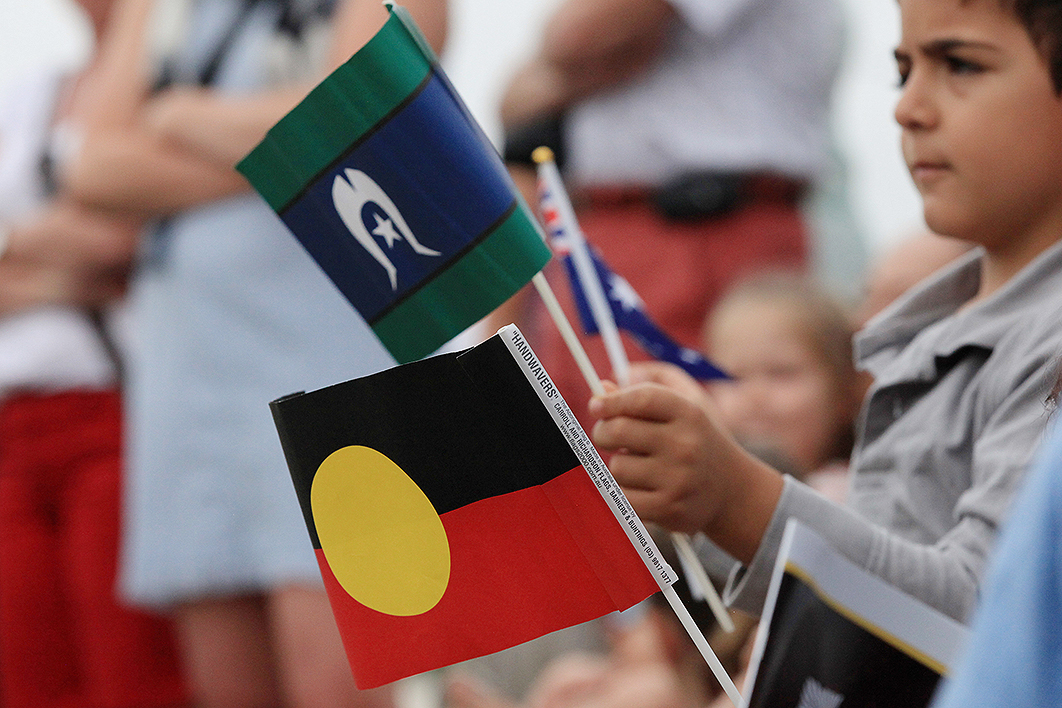 In La Foa, about 100 kilometres north of Noumea, a monument erected in 2003 is inscribed with the declaration made by a French naval commander on taking possession of New Caledonia for Napoleon III a century and a half earlier. It makes no mention of the indigenous population.

Immediately below it is a second inscription. This one quotes from the 1998 Noumea Accords between the French government and leaders of the indigenous Kanaks, which formalised a staged devolution of power from France to New Caledonia. “The moment has come to understand the shadows of the colonial period,” it reads in part, “even if this era was not devoid of light.”

Even if obliquely and grudgingly, the words are an acknowledgement of the devastation inflicted on the Kanaks by the French colonisers. Indigenous revolts were violently suppressed, land taken and culture trampled. It is a familiar story to Indigenous people in Australia.

As historian Ken Inglis pointed out many years ago, 26 January was celebrated sporadically and in various forms in the early decades of last century, and it was not until 1931 that Victoria adopted the name Australia Day.

The La Foa monument is testament to the evolving relationship between the original inhabitants and the European colonists. It’s also an example we could follow to help resolve the debate about the outdated inscriptions on our own statues and monuments. It might also help us navigate the renewed debate over Australia Day, which has become another depressing example of how our main political parties feel compelled to follow rather than lead.

Most of the ubiquitous opinion polls in recent months suggest that a majority of Australians oppose changing the date of Australia Day from the anniversary of Arthur Phillip’s landing at Sydney Cove. But could the poll results reflect the fact that most people haven’t given the subject a great deal of thought? A survey commissioned by the Australia Institute found that only half of Australians know that Australia Day marks the arrival of the First Fleet, and fewer feel that the date is offensive to Indigenous Australians. It also suggested that Australians are attached to the idea of a national day but don’t necessarily believe it needs to be held on 26 January.

To argue, as did citizenship and multicultural affairs minister Alan Tudge last week, that the day is “a great unifying moment for this country,” let alone to imply that it is somehow a sacred part of our tradition, is absurd. As historian Ken Inglis pointed out many years ago, 26 January was celebrated sporadically and in various forms in the early decades of last century, and it was not until 1931 that Victoria adopted the name Australia Day. Other states followed later.

As early as 1938, on the 150th anniversary of Phillip’s arrival in Sydney, Aboriginal leaders called for a day of mourning and protest. And as recently as 1960, members of the Pioneers’ Association of (proudly convict-free) South Australia declared themselves to be “deeply disturbed” by attempts to persuade their state to accept 26 January as Australia Day. It was not until 1994 that it was decided that Australia Day should be celebrated on the actual date — as opposed to the nearest Monday, where it had ensured that Australians could enjoy that most sacred of all Australian institutions, the long weekend.

An increasing awareness and acknowledgement of Australian history before 1788 will eventually lead to a more suitable date for our national day. The Mabo judgement of 1992 overturned the fiction of terra nullius and recognised that Aborigines and Torres Strait Islanders had a legal right to land, which went on to be enshrined in legislation. Kevin Rudd’s apology to the stolen generations in 2008 was another step towards healing past wrongs. And there has been a growing appreciation of the richness of Indigenous art, ancient and modern, and to a lesser extent of Indigenous languages, which are the oldest, or among the oldest, in the world.

Australians are also gradually awakening to the evidence that British settlers did much more than occupy land populated by nomadic hunter-gatherers. When Indigenous author and historian Bruce Pascoe used the journals of the early explorers to tell the story of life in Australia before European settlement, he found repeated references to permanent settlements.

As he describes in his book Dark Emu, they included extensive yam pastures in Victoria and grain fields in Queensland that flourished without the use of fertiliser or herbicides. Large buildings held tonnes of surplus grain. Some villages were home to 1000 or more people, and some houses had thick coatings of clay over the roofs and were large enough to accommodate up to forty people. There were cemeteries, wells and means of irrigation. Dams and channels were built to facilitate the harvesting of fish. On an island off the Western Australian coast, hundreds of stone buildings were part of a high-density settlement.

Pascoe argues that there is a reason why we know so little of this history. The Europeans arrived in Australia, as they did in other colonies, with fixed ideas about the superiority of their civilisation. “To understand how the Europeans’ assumptions selectively filtered the information brought to them by the early explorers is to see how we came to have the history of the country we accept today,” he writes. “It is clear from the journals that few were here to marvel at a new civilisation; they were here to replace it… Few bothered with the evidence of the existing economy because they knew it was about to be subsumed.”

After 1860, he adds, most people saw no evidence of any prior complex civilisation. Villages had been burnt, their foundations stolen for other buildings, and the occupants killed in warfare, or by murder or disease.

Some large stone structures, possibly used for ceremonial purposes, did survive. They were so impressive, Pascoe writes, that the settlers who came across them could not accept that they were Indigenous and concluded that they must have been built by Europeans or, according to one theory, aliens.

Yes, European settlement needs to be seen in the context of prevailing beliefs at the time. We can’t undo history, but it is one thing to acknowledge it and another to celebrate it without reflecting on its consequences.

Changing the date of Australia Day is not the most important step towards coming to terms with our history. Twenty-seven years after government and opposition agreed to establish a Council for Aboriginal Reconciliation and seventeen years after the date set for the process to conclude, reconciliation remains an ongoing project. Our Constitution still makes no reference to Australia’s first peoples, and a broader agreement on Indigenous input into decision-making seems remote.

But while the date of our national day is only one small element in dealing with the past, it is hard to see how reconciliation can be advanced if we continue to assert that 26 January is a great unifying moment or fail to acknowledge that the benefits bestowed by Western civilisation came at a very high cost for the original inhabitants. •

How the public interest went missing in action

Books | Is the US economy suffering from an overriding malady — and could Australia become infected? 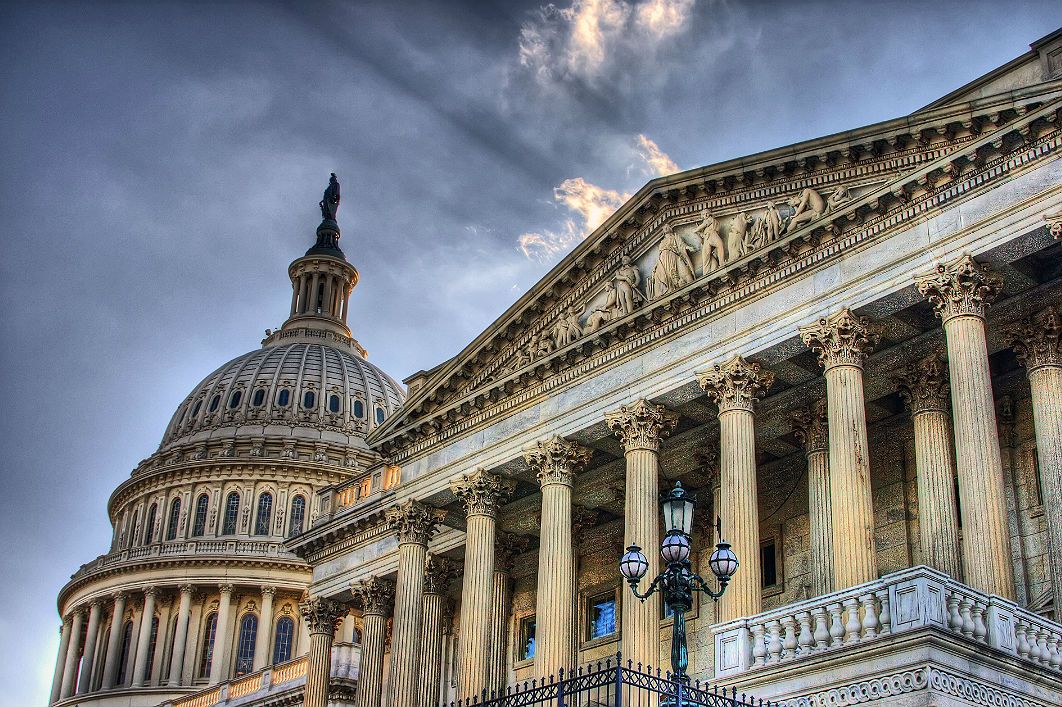