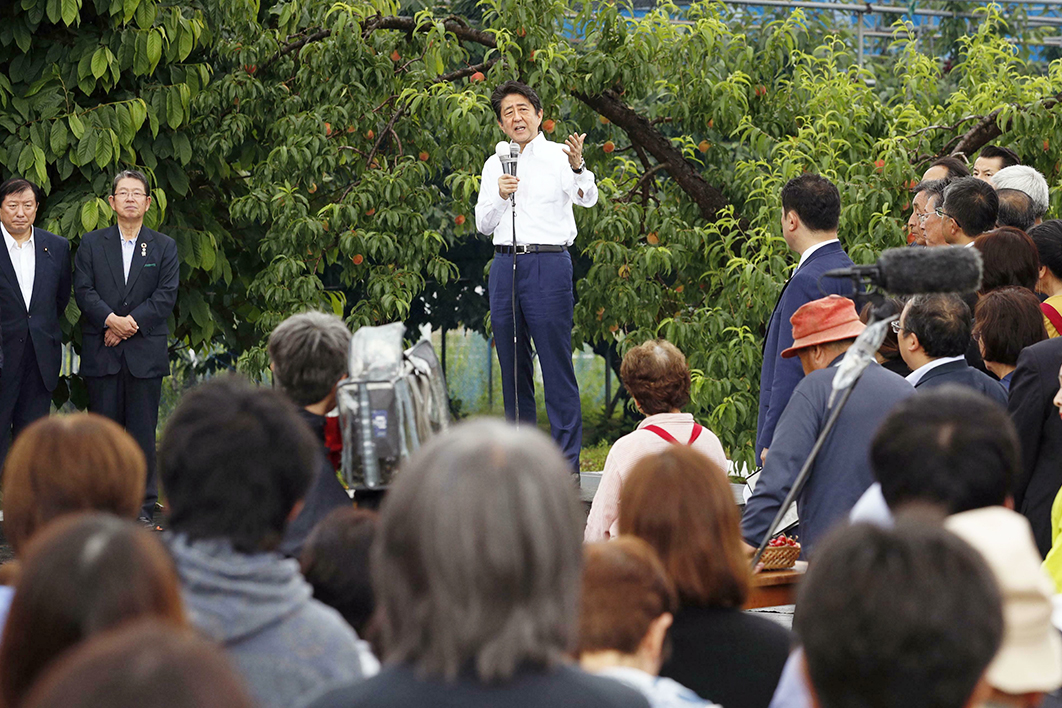 If pre-election polls are accurate, voter turnout in Japan’s upper house election this Sunday could be well below historical highs. Voter interest in the campaign is subdued, and the share of voters who say they definitely intend to vote on 21 July is lower than at the same point in 2016, when turnout was at 54.7 per cent — one of the lowest since 1995’s record low of 44.5 per cent. The three lower house elections since prime minister Shinzo Abe became the leader of the Liberal Democratic Party, or LDP, in September 2012 have also seen the lowest turnout rates in Japan’s postwar history.

If voters do once again stay away from the polls, it may confirm that the dominant features of Japanese democracy during Abe’s tenure are voter apathy and the moribund state of inter-party competition.

Many commentators wonder how Japan has remained immune from the populism that is running rampant among its peers in Europe and North America. But the question assumes that the country has in fact been free of populism — and even a cursory look at Japanese democracy since the early 1990s suggests otherwise. In fact, the lower house elections of 2005 and 2009 that preceded Abe’s return to the prime ministership in 2012 turned on populist appeals and saw the highest levels of voter turnout since Japan adopted its new electoral system in 1994.

The collapse in voter turnout since 2012 may not have a single explanation, but it is at least partly a reflection of the public’s exhaustion with populist-tinged political competition.

Voters initially fell for former prime minister Junichiro Koizumi’s neoliberal populism, under which he castigated the LDP’s old guard as the “forces of resistance” and advocated for reforms that would open up Japan’s economy and break the old guard’s political power. They were then disillusioned when the LDP reverted to its old ways after Koizumi left office in 2006, and also wary of what they perceived as the harmful effects of Koizumi’s reforms — particularly growing inequality.

This combination created a unique opportunity for the Democratic Party of Japan. It promised new social programs to address post-Koizumi social anxieties while also foreshadowing a veritable political revolution that would not only toss the LDP from power but also cut the bureaucrats down to size and introduce proper political control of the government. But like many inexperienced populist parties, the Democratic Party’s time in power between 2009 and 2012 was characterised by mistakes both large and small, and the public abandoned it, clearing the way for Abe’s comeback.

The upshot is that Japanese politics since 2012 has essentially been a long hangover from the populist-fuelled frenzies of the 2000s. Voters, particularly independents, have not necessarily been enamoured of Abe or his policies for much of his second premiership. Still, his cabinet’s approval ratings are consistently robust, and when they have dipped in the wake of contentious legislative battles or other controversies, they have always drifted back to around 50 per cent or higher.

At the same time, support for the Democratic Party and its various successor parties since 2017 has been abysmal. Polling averages show that only the centre-left Constitutional Democratic Party has approached double-digit support. It is still well behind the LDP’s support, which consistently hovers around 40 per cent.

Disillusioned by the populist waves of the 2000s, independents resist Abe’s muscular conservatism but are also extremely reluctant to embrace the anti-Abe politics of the Democratic Party and its successors or the Japanese Communist Party. The occasional outbreaks of mass demonstrations have been the exception that proves the rule. Independents largely abstain, the grassroots supporters of the LDP and its coalition partner Komeito turn out in strength, and Abe romps to victory — this has been the story of every election since 2012.

A kind of managerial democracy has emerged as a result. Abe cannot push too hard with his ideological preoccupations, having tested the limits in 2014 and 2015 when he successfully reinterpreted the constitution to permit limited exercise of Japan’s right of collective self-defence. But so long as he makes a good-faith effort to grapple with some of Japan’s more pressing economic and social issues, the public is willing to tolerate his staying in office with the support of strong majorities in both houses of the Diet.

In fact, political volatility and the rise of populism in other democracies are likely to be strengthening the appeal of Japan’s Abe-dominated post-populist democracy. A stable, durable government bolsters Japan’s ability to cope with global instability — some of Abe’s highest marks from the public are for his foreign policies — and the status quo, whatever its faults, looks preferable to the alternative.

Japan’s post-populist democracy may not be particularly exciting. After all, the biggest question on 21 July is not whether the ruling coalition will win but rather just how big its victory will be. And it may not be good for Japan over time. Robust multi-party competition fosters the kind of creative thinking needed to tackle some of the country’s most pressing challenges — as Abe’s return and the birth of Abenomics showed.

But for the time being, Japan’s electorate seems content to be an island of stability in a volatile world, clearing the way for what looks like Abe’s sixth consecutive national electoral victory as prime minister. •

Tobias Harris is Senior Vice President at Teneo Intelligence, and Economy, Trade, and Business Fellow at the Sasakawa Peace Foundation USA, based in Washington DC.

The remarkable deeds of Captain Rackete

Has Italy’s far-right interior minister met his match in this young woman with an astonishing impact?

Demonstrators during a vigil on 2 July in Cologne, western Germany, after Sea-Watch 3 skipper Carola Rackete was arrested in Italy. Federico Gambarini/AFP/Getty Images 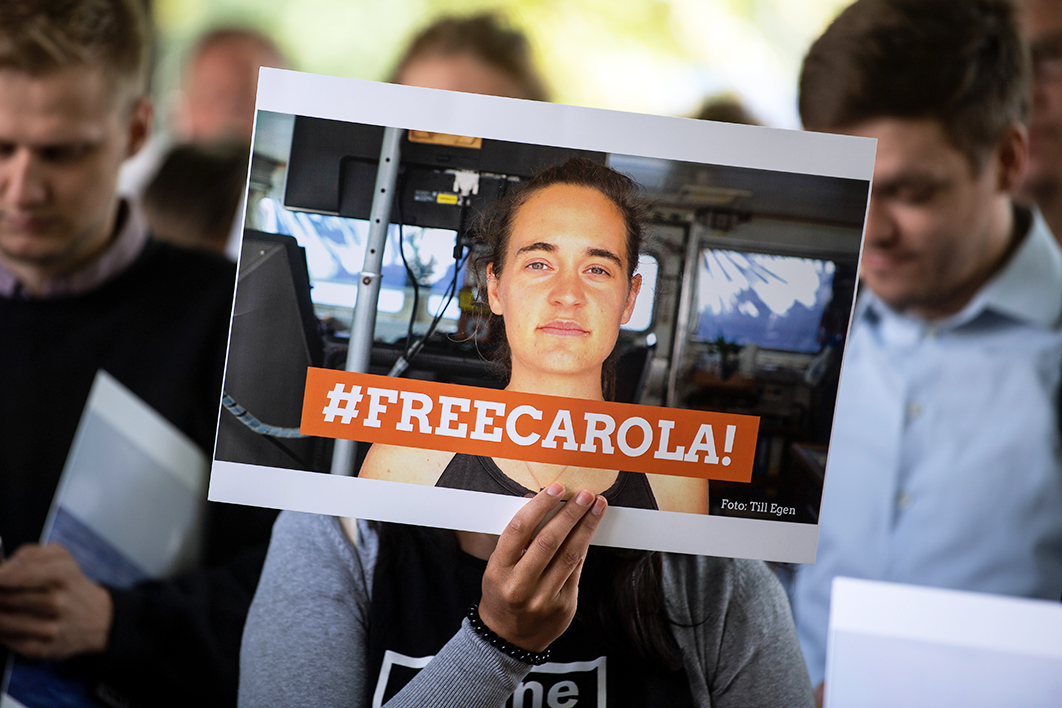 Demonstrators during a vigil on 2 July in Cologne, western Germany, after Sea-Watch 3 skipper Carola Rackete was arrested in Italy. Federico Gambarini/AFP/Getty Images