Although Labor hasn’t faced the problems of its British counterpart, the party’s leader-selection changes have already had unintended consequences, writes Paul Rodan 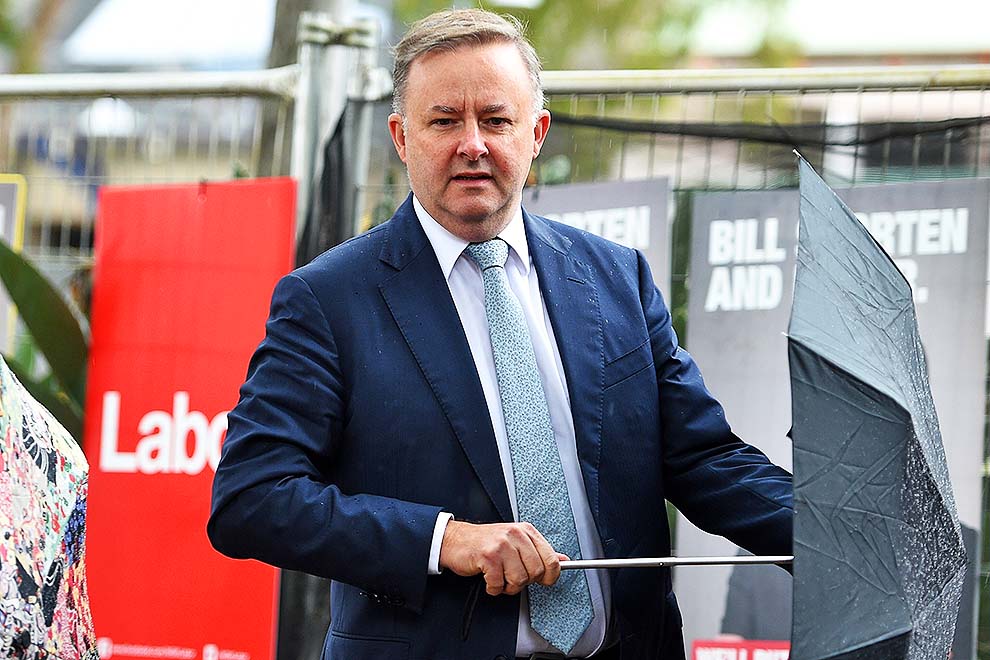 When the magnitude of the government losses in the recent federal election became apparent, wise heads observed that there were two big losers: Malcolm Turnbull (obviously) and Anthony Albanese. The expectation that Labor would make only minimal gains had sustained Albanese and his supporters in their belief that leader Bill Shorten would be despatched post-poll for not having met a benchmark figure of around ten extra seats. With Shorten exceeding that measure (a net gain of twelve), and being seen to have performed well during the extended campaign, Albanese’s ambitions have had to be held in check.

From the start, there were risks in Labor’s new process for selecting the federal parliamentary leader. Establishing dual electorates (the parliamentary caucus and the branch membership) left open the possibility that the successful candidate would be supported by one constituency and not the other, resulting in a potentially damaging perception of division. And this is exactly what occurred in the first vote under the new system, with Albanese winning the grassroots vote but losing the caucus contest by a margin that gave Shorten the leadership.

That this was the lesser of two evils can be seen in the experience of the Labour Party in Britain, where the reverse occurred. The result was a leader embraced by the grassroots (assisted by a ludicrously permissive franchise – a mistake not made by the ALP) but overwhelmingly opposed by his parliamentary colleagues. While it may have been uncomfortable for Shorten to lack a branch membership majority, the Jeremy Corbyn experience highlights the perils of attempting to lead while demonstrably (and in some cases, vociferously) opposed by most of one’s parliamentary colleagues.

A predictable consequence of the new Labor process in Australia has been that the defeated candidate is effectively installed as the leader in waiting, provided he or she has secured majority support in one of the two constituencies. Albanese’s defeat created a level of frustration at the branch membership level, and that seems to have nurtured the idea that it would be “his turn” to take the leadership when it next fell vacant – a dubious basis on which to approach such a critical issue. Shorten’s better-than-expected campaign performance has seemingly denied Albanese and his faction their turn – for now at least.

With only one case study available for analysis, much of this speculation is premature, of course. It’s certainly unclear how many of these issues were thought through when Kevin Rudd effected the changes in the dying days of his leadership. Gough Whitlam, who fought successfully to empower the parliamentary party at the expense of the (electorally damaging) “faceless men” of the party machine, might have been puzzled by this “reform.” Indeed, he may well have reflected that had such a system been in operation for the party leadership ballot in 1968, he would have been defeated by Jim Cairns.

Rudd’s other rule change, which renders it more difficult to change leaders between elections, is more clearly a positive. It effectively took leadership speculation off the table for almost three years (much to the annoyance of the media) and allowed Shorten the security to focus on policy development. If it is true that he might have been rolled by Albanese late in 2015 if the previous rules had still been in place, then Labor should be grateful that they had been changed. Such a move would have confirmed the party’s reputation for poll-driven, revolving-doors leadership and revived memories of the Rudd/Gillard/Rudd farce – hardly a desirable basis on which to contest the 2016 election. And, in the light of Shorten’s solid performance, Albanese supporters should concede that it is far from self-evident that their man could have done better, or would do better if elevated to the top post.

Labor would be unwise to assume that the close election and the obvious disharmony within the Coalition means that government will fall into its lap next time. It will still need a solid work effort and an enduring appearance (at least) of unity. Labor simply can’t afford another descent into endless leadership speculation, especially when there seems to be no policy content at stake, but merely a battle of personalities. If the election demonstrated anything, it was that the leaders’ personal approval metric is overrated as an indicator of ultimate voting intention.

History had a pretty good election, and it delivered a sobering message for Bill Shorten. No federal leader has achieved what he is trying to do: advance from first-up opposition leader to the position of prime minister. Every leader in his position has secured a positive swing at their first election, but none has taken the next step, as Bill Snedden (1974), Andrew Peacock (1984) and Kim Beazley (1998) can attest. Indeed, of that trio, only Beazley survived even to contest (unsuccessfully) the next election. It’s a fair bet that both Shorten and Albanese are familiar with that particular curse. •