With most results in, the electoral landscape is looking challenging for the federal opposition 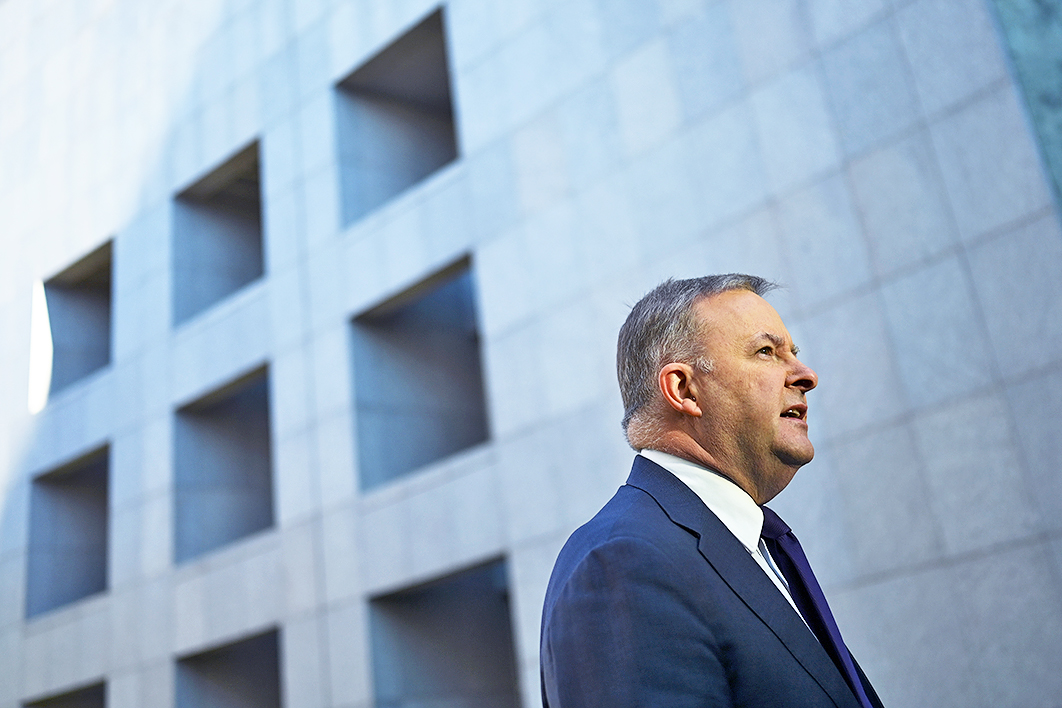 If Queensland and Western Australia didn’t exist, Labor would have won the election with fifty-six seats out of 105. Commentators would be concluding that the electorate supported mild redistributive measures and action on climate change.

Back in the world we live in, the electoral arithmetic is brutally different. Of Queensland and Western Australia’s forty-six seats, Labor holds eleven, or just a quarter. Unless that’s remedied next time, this is a near-insurmountable impediment to a majority in the House of Representatives. Elsewhere in the country, NSW Labor has been delivering around half the seats (the precise number this time depends on the result in Macquarie) while Victoria (55 per cent) has long been doing much of the heavy lifting. The other states’ and territories’ numbers (which favour Labor overall) are too insignificant to figure in any grand strategy for victory.

The debate about Labor’s poor showing in Queensland has focused mostly on electorates connected with the mining industry. Comparatively little has been said about the party’s costly failures in metropolitan Brisbane and, on the other side of the country, in Perth. This is not a new phenomenon, and highlights the reality of Labor’s failure across the board in those two states.

The federal mining seats in Western Australia were lost some time ago, and Labor’s flag-flying candidates there essentially run to cover the Senate vote. Federal Labor’s poor record in corresponding seats in Queensland may also signal a near-permanent realignment that is only likely to be unsettled by (rare) Labor landslides.

Commentators often overlook the fact that mining is a skilled and well-paid occupation with an average annual salary of around $125,000, and many earning a lot more. Even if the coal worker questioning Bill Shorten about the tax rates on incomes of more than $200,000 was a Coalition stooge, an important point was being made. Those pushing alternative jobs in tourism (you won’t earn $125,000 handing out brochures for tours of the Daintree) or making the more useful suggestions about opportunities in renewables need to take this into account.

Of the Labor frontbench, Kim Carr has seemed virtually a lone voice in arguing for investment in high-wage, high-skill, secure jobs. With his departure from the shadow ministry, it’s hard to see who will promote this cause, despite the party’s professed desire to reconnect with its roots.

In any event, a decision by workers on that level of income to vote for the conservatives (even if via preferences) could well be consistent with a rational assessment of their economic self-interest. Labor’s sketchily detailed promise of higher wages seems to have failed to trump voters’ concern with immediate job security, as symbolised by the Adani project. And, given that the labour movement itself was conflicted over Adani, the mining union was less equipped to perform its usual role of maximising solidarity at election time. Having voted non-Labor for the first time, a proportion of blue-collar voters may now be comfortable with that choice, and may not easily be lured back to Labor.

Regaining the lost ground in central and north Queensland is a massive challenge. Perhaps the less difficult task lies in the Brisbane metropolitan area, where the seat margins are somewhat smaller and federal Labor may be able to lift its appeal to the sort of voters who support the party in Sydney and Melbourne. Perth needs similar attention.

Of the issues that decided the election, Labor’s franking credits policy has been assigned a key role, although this is not universally accepted. What can be said is that the policy was poorly designed (as evidenced by changes within days of its release) and was easily linked to the Coalition’s favourite theme of economic management, an issue on which its members were solidly united. While it’s disputed in some quarters, there seems broad support for the principle that income-stream plans made for retirement should not be rendered inoperative by subsequent changes to the rules for those already in retirement. The grandfathering of negative gearing but not franking credits lacked consistency and invited the conclusion that Labor was engaged in an ideologically based assault on those with self-managed superannuation.

The hearings of the House of Representatives economics committee, which provided extensive opportunities for criticism of Labor’s proposal, served to remind us that superannuation is no longer seen as merely a means to a comfortable retirement: it is part of estate planning for the more affluent and a tool for intergenerational wealth transfer. In other words, franking credits shouldn’t be seen to only benefit superannuants, as a Coalition member of the committee made explicit. If Labor challenged this view, it seems to have gone unreported.

Raiding existing superannuants for revenue purposes now seems an electoral no-go zone akin to death duties. As with progress on climate change, superannuation may be an area where bipartisanship will be a necessary condition for any substantial policy change. Nor did it help Labor’s cause that the focus on sourcing revenue from superannuation accounts coincided with a period in which predictions of a recession are offered every second day. It’s hardly surprising that superannuants will be adjusting upwards their calculation of “how much is enough.”

(As an aside, if Labor’s franking credits policy did indeed cost it more votes in the marginal seats that swung right, such as La Trobe, than in the previously safe Liberal seats that swung left, such as Higgins, then it could be an age-old problem for progressives: undone less by the aristocracy than by the petite bourgeoisie.)

While the Coalition’s victory was a rare loss for the disunity-is-death axiom, two other historical norms prevailed. Bill Shorten joins the ranks of first-up post-loss opposition leaders who have proved unable to win the prime ministership. And, following a consistent pattern since 1922, a conservative federal government secured a third term.

Anthony Albanese now goes from the easiest job in politics (opposition leader in waiting) to the most difficult, and we can be certain that his Coalition opponents have been planning lines of attack for some time. His accession is a plus for Labor branch members, though, many of whom were alienated last time when the caucus preference for Shorten prevailed over their support for Albanese. But it would be a mistake to regard the views of the Labor branch membership — who are fewer than the number of paid members claimed by the worst team in the AFL — as representative of the wider electorate (and especially swinging voters). Given their meagre membership numbers, the political parties have never been less representative.

An early look at the likely pendulum for the next election makes uncomfortable viewing for Labor and its new leader. Labor holds considerably more marginal seats than the Coalition, and many erstwhile marginals have become much safer for the government, especially in Queensland. Labor is likely to need well in excess of 50 per cent of the two-party-preferred vote, with substantial swings in the four most populous states.

If Anthony Albanese is to play the ordinary-bloke card, he might include in one of his trips to Queensland a visit to Barcaldine, just over 1000 kilometres from Brisbane in the central west of the state, regarded as the birthplace of the Labor Party. Shouting the bar in one (or maybe all) of that town’s pubs might be a useful symbolic gesture early in his leadership. •