Announcables are at the heart of Labor’s strategy, says Peter Brent. That doesn’t bode well 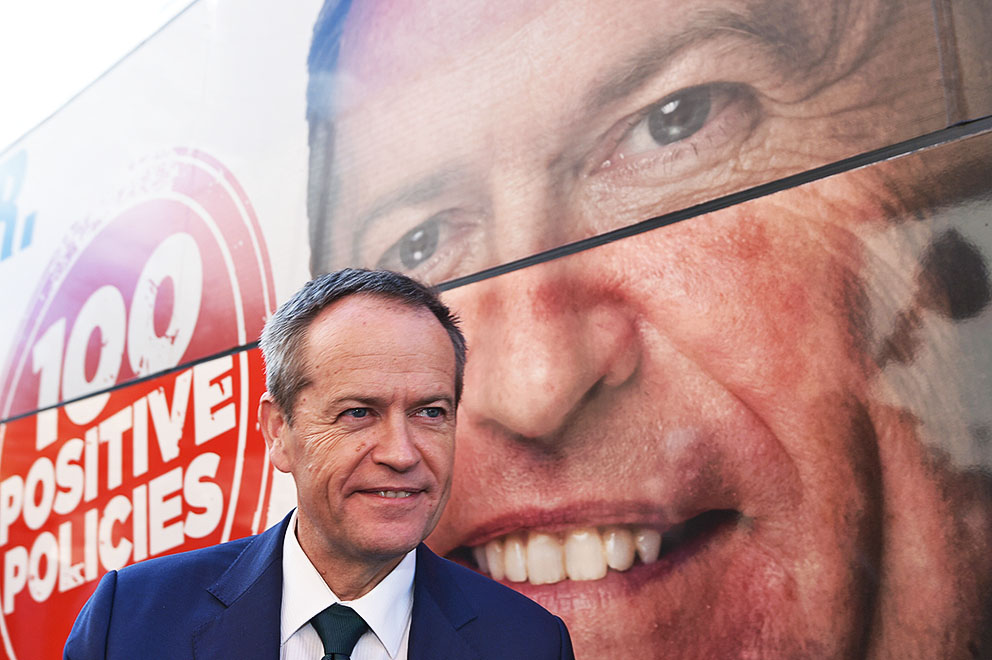 Republican presidential candidate Donald Trump campaigns for the moment. One fortnight he’s intimating he’d be open to abandoning his proposed ban on Muslims; the next, in response to the Orlando massacre, he’s doubling down on that signature policy.

If the presidential election were happening this week, the tactic might make sense, but by the time Americans vote, in almost five months, the visceral, collective reaction to this horrific slaughter will be a distant memory.

Here in Australia, the Labor opposition, ahead or dead even in the national polls but widely expected to fall short of a majority on 2 July, indulges in something similar. The Coalition rams home, long past the point of tedium, its message of jobs and growth and economic security, with an unwavering eye on what will motivate electors when they apply their pencil to the ballot paper. Labor seems to prioritise the here and now – most of all the opinion polls.

Nourish them, grow them, keep them elevated until election day and the rest will take care of itself.

Kevin Rudd played a similar game, off worse poll numbers, during the last campaign, discharging a thought bubble every few days in the quest for that elusive bounce, particularly in his home state. The Abbott opposition, meanwhile, simply stayed on message.

It would be tempting to conclude that this is a peculiarly Labor habit, but really it’s what the side heading for defeat tends to do. In 2007 the Howard government tried again and again to generate an uplift, including not one but two announcements, in February and August, of a cut to the African refugee intake, and July’s Northern Territory intervention.

All with a view, one suspects, to replicating the dynamics of six years earlier, when Tampa and “children overboard” were perceived to rule the waves. But no such luck; the polls remained locked on huge Labor leads.

This time it happens to be Labor that’s in the business of throwing anything it can get its hands on at the campaign. It’s what underdogs do, but it’s difficult to think of a time when it worked. (Some would point to 2001, but not me.)

This week Bill Shorten jumped on the Parakeelia bandwagon. As Labor, until 2014 at least, sent taxpayer dollars to its head office for constituent databases, but directly, without a middleman, this seems a counterintuitive move. Again, if we were two days out from an election it might make sense.

What is more peculiar about Labor’s campaigning content this year is that it’s, well… quite left-wing. The exercise seems aimed at drawing out the hitherto repressed progressive voter inside every Australian.

On Monday night on the ABC’s Q&A, Bill Shorten revealed he was open to a treaty with Indigenous Australians. On Thursday came the announcement that Labor would give the National Library more funds to rescue its online resource, Trove.

I love Trove, and I think that’s a great policy, but there’s obviously a limited electoral market for stuff like this. It’s not about appealing to swinging voters, though; it’s more about defining Bill.

The one method to Labor’s madness lies in fending off the challenge from the Greens. That makes sense, but holds obvious risks in the political centre.

A chief reason that Labor’s slight lead in national polls doesn’t mean it’s expected to win is that, as every pet-shop galah can tell you, the national vote doesn’t matter, the seat-by-seat contest does. But there’s the added complication with those published, Australia-wide, two-party-preferred figures. They are off very low major-party primary support levels, which makes them even more rubbery than usual.

Throw in the presence of the Nick Xenophon Team and the numbers become wobblier still. The NXT is registering around 4 per cent countrywide, but is only running in seven of the 139 lower house electorates outside South Australia. How will people who can’t find NXT on the ballot paper vote?

And inside the leader’s home state, where NXT is contesting every electorate, the eventual preference flow from those high levels of support is a known unknown, not least because it’s not yet clear what NXT how-to-vote cards will say.

On the ABC’s 7.30 on Wednesday night, Chris Uhlmann gave a rundown of the state of play according to party tracking polls. He came up with around eighty seats, out of 150, for the Coalition. That’s about what the betting markets say, but in the next two weeks lots of Australians will decide or change their voting intentions.

And, to this observer, eighty seats for the Coalition sounds conservative.

Still, Labor does have some things going for it. Economic conditions remain a pathetic shadow of the glory days before the global financial crisis, a fact reflected in (among other things) continuing budget deficit blowouts. The rhetorical limitations of Scott Morrison, stripped of immigration and the jutted chins of senior members of the armed forces, are obvious to all.

And there’s the leader, Malcolm “um ah” Turnbull. Is this really the guy who, as a brash young barrister, vanquished the British establishment thirty years ago in the Spycatcher case? Malcolm quite evidently does not enjoy campaigns, or this one at least.

And the government’s economic argument seems undisciplined, with senior figures getting drawn into squabbles about which side’s ten-year sums add up, when the wiser course would be to state that Labor’s blueprint doesn’t matter because once in office they’ll rip it up and go on a spendathon.

The opposition, by contrast, having made their bed over the last three years – by stubbornly ignoring their Achilles heel, the widely held perception of their fiscal record in government – is within those constraints making a reasonable fist of it.

Shorten does seem to be enjoying himself. And strange things happen from time to time.

On the evening of 2 July, Labor will not have died wondering. •

Revised: An earlier version of this article implied that Labor still sends taxpayer dollars to its head office for constituent databases. It is unclear whether that practice continued after 2014.