Labor’s Queensland problem, and other reasons to be cautious

The national election pendulum might swing Labor’s way, but it’s in the states that the seats will be won, writes Peter Brent 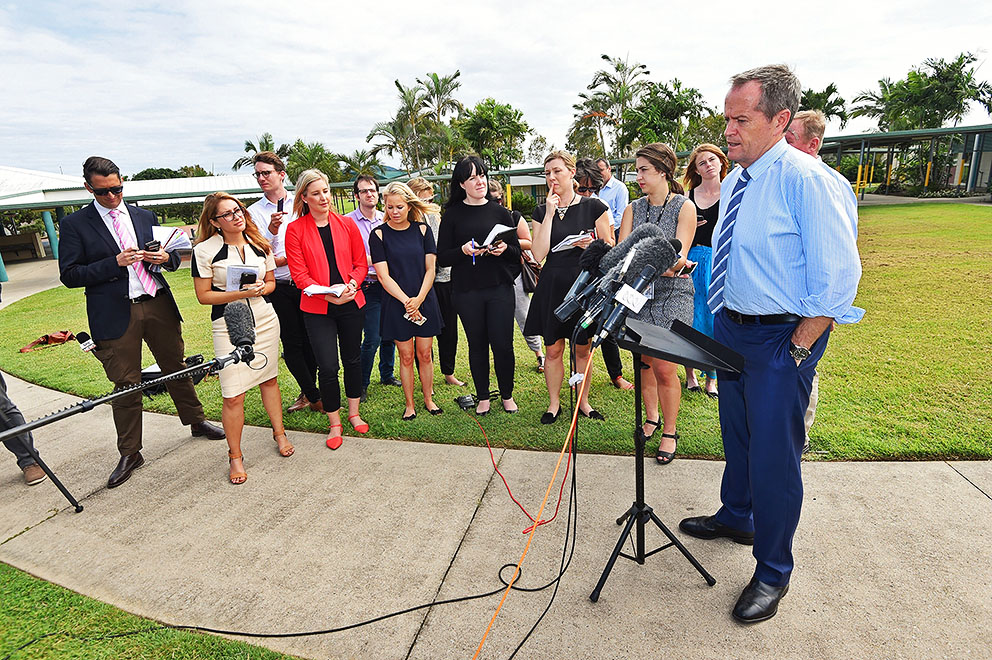 At the last federal election, three years ago, the national two-party-preferred swing to the Coalition was 3.6 per cent. The two states that shifted the most were the only ones still run by Labor state governments, Tasmania (by a huge 9.4 per cent) and South Australia (by 5.5 per cent). In both cases, the state governments were ageing and unpopular; the first had been in power since 1998, the second since 2002.

In the three years since then, governments have been voted out in Tasmania, Victoria and Queensland. Tasmania shifted from Labor to Liberal; the others the opposite direction. And, sure enough, the latest Newspoll consolidated analysis, published today, shows the biggest swing to Labor in Western Australia, home to the oldest Coalition government, and the smallest in South Australia, where Labor is still in power. Overall, Labor’s lead over April–May was 51 per cent after preferences.

So what can we expect on the evening of 2 July?

A popular meme at the moment, perceived through the polls, is that it’ll be close, perhaps even a hung parliament. If this were the final week, with surveys showing what they currently do, that might be a reasonable assessment. But a swag of undecided voters, and another bunch of respondents who have told pollsters they’ll be voting for party X but will change their minds before the election, make today’s figures unreliable indicators.

We’re just too far out from election day. And even if the national vote is close, hung parliaments are always unlikely (although the bigger the crossbench, the less unlikely).

The electoral pendulum might be a useful tool for identifying the marginal electorates, but no one – least of all its proud progenitor, Malcolm Mackerras – expects seats to fall in the order they appear. Malcolm merely pronounces that the deviations cancel out and the horseshoe predicts the overall swing required.

At elections like this, though, following on from a contest that saw many seats change hands in one direction, another factor usually alters the equation. This is the “sophomore surge,” a reflection of the fact that new MPs attract personal votes when they first face voters.

Sophomore surge was the chief reason why, in both 1998 and 2010, first-term governments survived swings that according to the pendulum would have expected to put them in opposition. (Party marginal-seat campaigners took credit of course; that’s one of the perks of the job.)

Retiring MPs trigger the inverse effect, a collapse in party support; the more popular the MP, the bigger the effect. For this reason the marginal Victorian Labor seats of Bruce (where Alan Griffin is retiring) and Chisholm (with Anna Burke bidding adieu) will be worth watching.

Personal votes also come into the equation when we’re interpreting notional margins after seats are redistributed. These are calculated using voting figures at the last election, which might have been inflated by the popularity of a sitting MP in a different electorate. The clearest example of this is the new seat of Burt in Western Australia, 100 per cent of which comes from territory that had a sitting Liberal MP in 2013, and more than a third of which was in Canning, where the late Don Randall enjoyed a huge personal vote.

On paper, Burt’s 6.1 per cent buffer makes it the Liberals’ third most marginal seat. But it is freakishly inflated by personal votes from three years ago and will probably be the first electorate to fall out west.

For all the reasons given above, and many more, some seats will swing more than others; some will move to the government and some to the opposition. As a result, it’s almost certain that seats will change hands in both directions. That’s what usually happens at federal elections. The last elections that didn’t see this were in 2013, 1998, 1996 and 1983.

A couple of states need further comment. South Australia’s estimated two-party-preferred numbers in the quarterly Newspoll come from a huge 34 per cent “others,” which was larger than the Labor number. Most of this is the Nick Xenophon Team. (Newspoll doesn’t say, but other pollsters put its support at around 20 per cent.)

The presence of NXT makes two-party-preferred numbers particularly rubbery in South Australia, even if, as Xenophon has said, the party runs open tickets (preferencing neither side). If NXT’s how-to-vote cards do end up favouring one side or other in any seats, expect the unexpected.

The other state is the much more important Queensland, with thirty electorates to South Australia’s eleven. If Bill Shorten is to clinch government he will need to achieve a big swing there, and this Newspoll obliges with a hefty 6 per cent contribution.

But a comparison with the corresponding Newspoll pre-election state-by-state results since 1998 shows a clear pattern: on every occasion Queensland has seriously underperformed for Labor at the ballot box, compared with earlier surveys, and relative to other states.

Queenslanders will need to break this habit if we are to see a change of government in five weeks. •