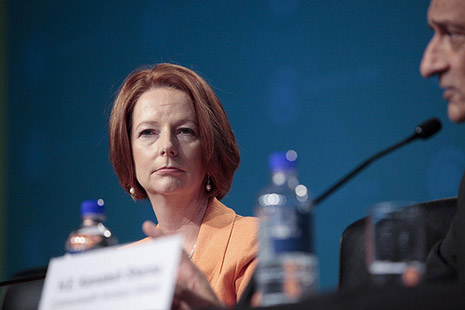 THE federal government’s prolonged dismal performance in the polls has generated the notion that Labor is in “crisis,” with former party numbers man Graham Richardson and Labor insider Troy Bramston among the most prominent subscribers to this view. Their comments, and those of many other Labor supporters in online forums and the media, can leave the impression that if only someone would do something, ticking all the boxes on a party-reform checklist, then all will be well and Labor could resume its rightful place as the sole political party on the left/progressive side of politics. Get rid of Gillard, careerist opportunists, branch-stacking and factions, empower the grass roots membership… and normal transmission can be resumed.

Certainly, the list of Labor sins – of commission and omission – is long, and might give some support to such an approach. But to focus on Labor’s internal dynamics is to ignore the changed environment of Australian politics.

There is no necessary correlation between a lively and vibrant ALP branch membership and success in government. Indeed, had Labor branches been as powerful during the Hawke–Keating era as is now seen to be desirable, then (for better or worse) several of that government’s “reforms” could not have been implemented, being largely opposed by rank-and-file members. It might be argued that the time for a principled discussion about the role of the branch member was then, but it is amazing how electoral success had the effect of postponing such navel-gazing. It is far from self-evident that the Gillard government is any more or less at odds with Labor values (whatever they are) than were the Hawke and Keating governments. Indeed, in terms of taking on the big end of town, it is probably fair to rank Gillard above Hawke.

In assessing Labor’s electoral standing, too little attention is given to the demise of its unionised blue-collar base, that section of the workforce that could be relied upon to vote Labor no matter what. In the bad years of 1966 and 1975, federal Labor could secure respectively 40 per cent and 43 per cent of the primary vote – figures that Gillard Labor would kill for. By the time Keating lost in 1996, the primary vote was under 39 per cent. It has been mostly downhill since.

This loss of an ideologically committed, “rusted-on” element does not stop Labor winning elections, but it does mean that a larger proportion of its vote is conditional, liable to be withdrawn once people start to have doubts about the competence of Labor in government, or when it fails to present as a credible opposition. Hence, when the losses come they are larger, more devastating, as NSW Labor can attest. Put simply, the core has shrunk – not just because of a conscious reaction by individuals aggrieved at the party’s perceived loss of principle, but also because of the disappearance of those sections of manufacturing industry that delivered Labor-voting unionists in large numbers. Optimistic speculation that Labor would develop a replacement support base in the newer industries has proved fanciful. Boilermakers were always a better bet than IT nerds.

With this shrunken core, Labor’s reaction to the emergence of the Greens is an important issue. Not unlike those ancients who supported the divine right of kings, some Labor figures convey the impression that Labor is entitled to a monopoly of the left/progressive vote, as if the Greens represent some form of aberration. If only Labor gets its act together, the Greens will conveniently disappear. In support of this thesis, Labor’s survival over 120 years is wheeled out: interesting and not completely irrelevant, but far from compelling. Perhaps, as Paul Kelly has suggested, the miracle is that the show has lasted as long as it has.

My suspicion is that the Greens are not going away, no matter what Labor does, since there is now a core Green support element, bolstered by those progressives guaranteed to be disillusioned by Labor at any given time (especially when the party is dealing with the pragmatic necessities of governing). The Greens articulate an environmentally informed social and economic critique, which, while unlikely to garner majority support, will continue to appeal to a solid minority, especially (but not exclusively) among the young. Given the propensity of many voters (still) to vote the same way all their lives, the importance of a first vote being a Green vote should not be overlooked.

In olden times, Labor could accommodate youthful idealism through the presence of a prominent and (often) articulate left faction that provided forums for ideas and outlets for energy, plus the occasional hero (Jim Cairns). Prior to the triumph of neo-liberalism, those on the Labor left could cling to some faint hope for meaningful progressive economic and social change. Clearly, such days are gone: it would be a curious sort of young progressive idealist who instinctively saw Labor as her natural home.

There is another important aspect to the Greens’ emergence. We are told ad infinitum that choice is a defining concept for today’s young. In such a setting, it is difficult for Labor to contend that it should have a monopoly on the progressive side of politics. For young voters consuming political products, having a choice is natural, and Labor may just have to get used to it. After all, the conservative cause is not represented by just one party, and conservative voters have two ways of supporting the Liberal–National Coalition (leaving to one side how impotent the latter has become in any policy sense).

Based on current polls, even if all Green supporters switched to Labor tomorrow, the Labor government would still be soundly defeated in a federal election. In a preferential voting system, Labor can win with Green preferences, but its current problem is not people voting Green instead of Labor; it is people voting for the Coalition. Unless Labor can make up ground on that front, it will be able to work out its relationship with the Greens from the luxury of opposition. •

Why does Labor exist?

Labor’s search for meaning needs to go beyond the failures of the post-1996 party, writes Frank Bongiorno 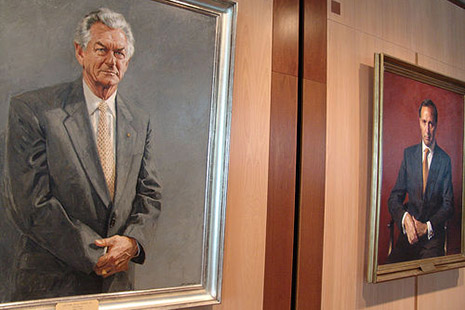