Mark Latham’s private school funding policy is usually seen as an electoral minus for Labor, but the polls suggest otherwise, writes Peter Browne 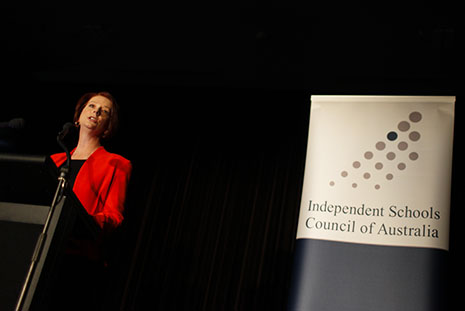 It’s always tempting to attribute an election result to the issue that creates the most heat during the campaign. The 2001 election is a good example: despite the fact that the Coalition’s real boost in support came after the 11 September attacks in the United States, it will forever be known as the Tampa election.

Why did Labor lose in 2004? Listening to the discussion of private school funding over the past week you’d think that much of the blame lies with Mark Latham’s notorious “hit list” – his plan to increase funding for poorer schools by reducing support for the wealthiest private schools. Age columnist Shaun Carney described the debate it set off as a “searing” experience for Labor; a Daily Telegraph editorial called it a “disaster” for the party. Julia Gillard seems to agree – she has announced that all private schools will receive an increase in funding as a result of the government’s response to the Gonski report.

But how did voters in 2004 see the issue? Just before Christmas 2003, Newspoll asked 1200 adults to say what they would “like” or “not like” to happen during 2004. As the chart below shows, 55 per cent of respondents said they would like to see “a reduction in government subsidies for private schools.” Thirty-five per cent opposed such a move and 10 per cent were uncommitted. In other words, only a little over a third of respondents felt strongly enough to oppose what would later become Labor’s education policy for the election.

Of course, views can change once a political debate heats up. Latham announced the school funding policy on 15 September, less than four weeks before election day. The plan provoked a furore, particularly on talkback radio. The prime minister, John Howard, characterised it as “old-fashioned class warfare,” a phrase that appeared repeatedly – along with “hit list” – in media coverage over subsequent days and weeks. The churches “savaged” Latham (said a headline in the Australian) and the private schools warned of fee hikes and an exodus to government schools. Robert Manne described the announcement as “dubious politics.” Andrew Bolt described it as “abhorrent.”

Ten days later, an ACNielsen survey of just over 1400 voters found that support for taking funding from the wealthiest schools had risen since the Newspoll survey ten months earlier (see media release below). Fully 66 per cent of respondents approved of Labor’s policy, with 27 per cent disapproving and the remainder uncommitted. Even among Coalition voters, the policy attracted 47 per cent support, with 44 per cent opposed. Given that some schools and parents had an interest in resisting the plan, it isn’t surprising that opinion among talkback radio callers (and in calls and letters to MPs) was almost exactly the reverse.

Those are the only two polls from that period specifically asking about education funding. Most pollsters, especially as the election drew closer, were preoccupied with voting intentions. Labor dropped the policy after the election, and since then none of the major polls have posed the question in the way that Newspoll and ACNielsen did in 2003–04.

So what really went wrong for Labor in 2004? In an article published in the Australian Journal of Political Science in 2012 (and abridged in Inside Story), Murray Goot and Ian Watson analysed the results of the Australian Election Study, which reported the findings of a post-election survey of 1769 voters. They concluded that while Labor had a clear advantage during the campaign in relation to education (despite the “hit list”), health and the environment, it was overwhelmed by the Coalition’s strength on interest rates in particular.

Labor’s biggest mistake during the campaign was to wait far too long to respond to the Liberal Party’s relentless, visually sophisticated comparison of interest rates under previous Labor and Coalition governments, which it promoted through an intense campaign of direct mail, and print and broadcast ads. After the election, calculations by economics writers at the Age and the Australian showed a strong correlation between the proportion of mortgagee households in any given electorate and the swing to the Coalition.

If Labor felt seared by its schools policy in 2004, the experience was based on a misunderstanding of why the Coalition won the election. Regardless of the merits of the school funding policy, the evidence strongly suggests that it was an electoral plus for the party. We’ll find out in a few weeks whether the same misunderstanding of public attitudes influences the government’s response to the Gonski report. • 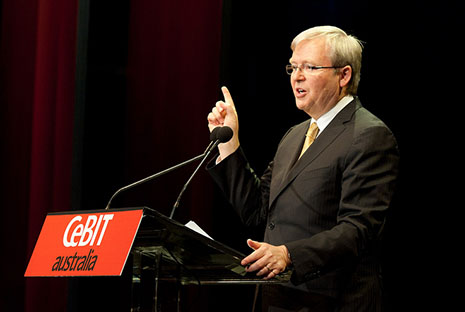