Books | What is valuable? What is important? What is right? What is natural? Anne-Marie Slaughter takes on the big issues confronting working women and men, writes Sophie Black 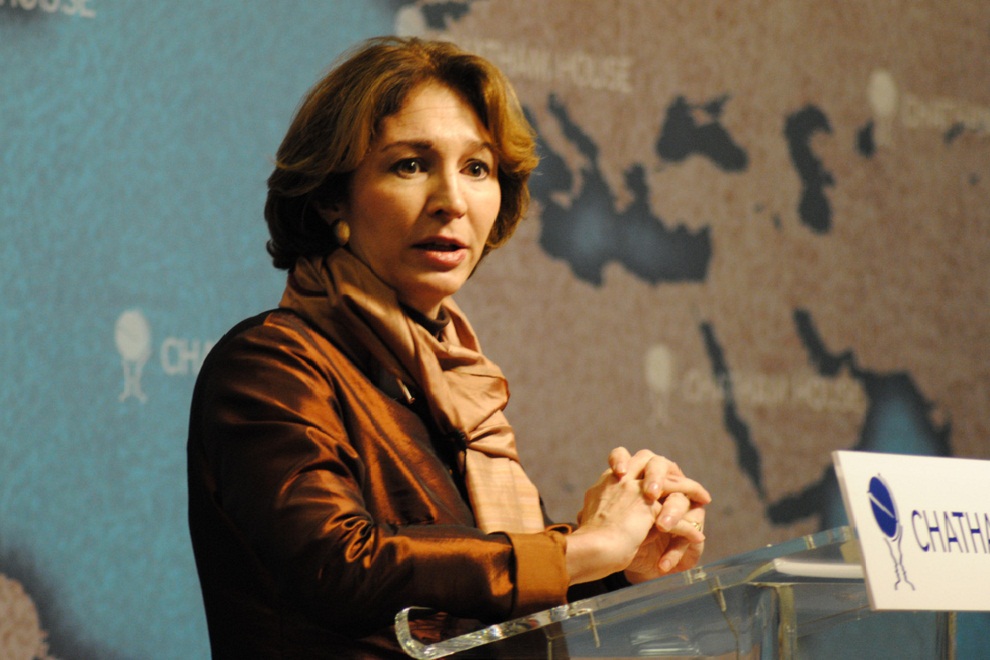 At first glance, Anne-Marie Slaughter’s Unfinished Business looks like yet another easy read targeted at corporate women ticking off the work–life balance box on their to do list. It has a Post-it note on the front cover for godsakes (Viking, fire that designer), with four checkboxes – Women/Men/Work/Family. Doesn’t exactly shout revolution. But as she herself points out in her opening chapters, Anne-Marie Slaughter is not Sheryl Sandberg, and this is not a corporate How to Have It All.

It was Slaughter’s 2012 article for the Atlantic, “Why Women Still Can’t Have It All,” that inspired a book she loathed the idea of writing. She is, after all, a foreign policy expert, and in 2009 she landed her dream job as the first female director of policy planning under secretary of state Hillary Clinton. In fact, Slaughter boasts an eye-watering CV: foreign policy analyst, legal and international relations scholar, former dean of Princeton’s Woodrow Wilson School of Public and International Affairs. She’s now president and CEO of New America, a think tank “dedicated to the renewal of American politics, prosperity, and purpose in the digital age.”

But about that dream job. She left it. The once-in-a-lifetime-chance-to-do-something-for-your-country job; the are-you-sure-you-want-to-pass-this-up kind of gig. Partly, she left because she had completed her agreed two years and if she stayed any longer she’d lose her tenure at Princeton. But more importantly, she left because she just couldn’t commit to continued commuting from Washington to Princeton to see her sons, then twelve and fourteen, merely on weekends. Her eldest had begun to act up, skipping school and getting acquainted with the local police station. And although her partner Andy (also a dean at Princeton) was committed to their care full-time, he needed help.

The resulting Atlantic article about her decision is one of the most-read stories in the 150-year history of the publication. And there’s one line (and, it turns out, the one that Slaughter found most difficult to write) that stands out: “I wanted to go home.” It’s an almost-dirty admission that prompted a flood of mail, feedback and support, but also an air of disappointment from her peers.

It was that disappointed reaction – the passive-aggressive “It’s such a pity you had to leave Washington” – that prompted this book and allowed Slaughter to “break free from an entire set of deeply internalised assumptions about what is valuable, what is important, what is right, and what is natural.” As one of Slaughter’s “Twitter correspondents” wrote to her in the wake of the article, “There has to be something better than Lean In or Get Out.”

Lean In is, of course, a reference to Facebook COO Sheryl Sandberg’s arresting 2010 TED talk, “Why We Have Too Few Women Leaders,” and her subsequent book. Corporate women embraced it, but it was speaking to a small slice of them: after all, it boasted the tag line “3 powerful pieces of advice to women aiming for the C-suite.”

Sure, that might be how to muscle in on what is still predominantly a man’s world, but many women (and men, for that matter) asked: but what if we don’t want that world? When she writes that Sandberg’s advice, while not without merit, “incorporates a traditional male world of corporate hierarchies,” Slaughter echoes the misgivings of many feminists concerned about the neoliberal narrative that has woven its way into modern feminism.

That system, Slaughter says, is antiquated and broken: “[M]uch broader social, political, and cultural change is also necessary… This kind of change goes far beyond feminism. If we can adopt policies and practices that support and advance women at every level of our society, we will make things better for everybody.”

Slaughter writes about a country in which, apart from a privileged few, it is very easy to fall through the cracks. The United States is the only developed country that doesn’t guarantee paid maternity leave. It is the only advanced economy that doesn’t require employers to provide paid vacation time. “More than 70 per cent of low-wage workers in the United States do not get paid sick days, which means they risk losing their jobs when a childcare or health issue arises… [N]early one quarter of adults in the United States have been fired or threatened with job loss for taking time off to recover from illness or care for a loved one.” Tips for cracking the C-suite aren’t going to cut it.

The “care” factor that Slaughter focuses on is an attempt to shift to a much more inclusive conversation – one that involves women, men, the fair whack of American workers who live in poverty, and those wealthy enough to have the luxury of contemplating how to achieve a work–life balance.

“It means rethinking everything from workplace design to life stages to leadership styles,” writes Slaughter. “Not valuing caregiving is the taproot, the deeper problem that gives rise to distortion and discrimination in multiple areas of American society.” Our emphasis on “competition” over “care” vastly underserves our true needs:

If we succeed in freeing ourselves from the competitive mystique, understanding that competition is a valuable human drive but no more valuable than care, we will no longer see the liberation of women as freedom only to compete. On the flip side, if we truly believe that care is just as valuable as competition, then we will realise that men who are only breadwinners are missing out on something deeply satisfying and self-improving.

A background in public policy and academia helps to lend perspective to Slaughter’s viewpoint, but it’s her contention about the value of care that really refutes one accusation levelled at her original article – that she was “perpetuating ‘plutocrat’ feminism – that I’m only concerned with the high-class problems of powerful women like myself.”

Much of the conversation about feminism these days is framed around the construct of intersectionality, but this has the potential to paralyse debate (just ask Germaine Greer…). Slaughter’s care contention goes some way towards diffusing the criticism that many women – including the likes of Annabel Crabb, author of The Wife Drought – cop for lending their white, privileged voice to the debate around equality.

Yes, there is a yawning gap between a 1 per center struggling to keep her career trajectory on track while having babies and a woman living on the poverty line and attempting to keep her family afloat. But, as Slaughter points out, “without minimising the differences in these women’s lives, they all pay a price for having loved ones who need care.”

Slaughter argues that valuing caregiving – not just in our own roles as carers for children, aged parents or sick friends, but also in the work of teachers, childcare workers, health workers and aged carers – should transform the economy and the way we work. We will have to value caregiving, in fact, if we are to cope with an ageing population and increasingly dual-income households. “As a society,” she writes, “the ways in which we value breadwinning over caregiving have made us blind to these costs: we miss the ways in which more money cannot actually substitute for care.”

There’s a practical edge to this, explains Slaughter. In communities around the United States, manufacturing jobs for men have disappeared and “the decent jobs that have remained are overwhelmingly in ‘eds and meds’: education and healthcare.” These are care jobs. Women’s jobs. Low-paid jobs.

Hanna Rosin’s The End of Men and Liza Mundy’s The Richer Sex document the economic shift from manufacturing towards service and information. Valuing care – and paying for it – could make care jobs more attractive to men and help bolster the middle class, argues Slaughter, and so the next phase of the women’s movement must be a men’s movement. (Cue groans.) But Slaughter again bypasses predictable arguments against this line by examining the concept through the prism of care:

The biggest unconquered world open to men is the world of caring for others. If we tell boys that they can break down centuries-old barriers and be pioneers of social change, suddenly they have a mission, an inspiration, and a new kind of role model to emulate – a new definition of a good man.

Slaughter is adept at straddling the micro and the macro. She’s a policy wonk at heart, as is clear from her vision of what she dubs an “infrastructure of care” – sinking funds into childcare and eldercare, paid family and medical leave for women and men, a right to request part-time or flexible work, investment in early education, higher wages and better training for paid caregivers, and community support structures to allow elders to live at home longer.

She also offers handy Sandberg-like hints. (Think of your career as an interval training exercise, not a sprint; build a “portfolio career”; plan to “lean back.”) But the book could do with a little more of the personal – after all, sharing her own vulnerability is what drew people to that article. She writes of the satisfaction of watching her kids wolf down the breakfast she made each weekday after her return home, but her own experience of care, and what she’s learnt from it, remains enigmatic.

Despite that gap, Slaughter’s work resonates because she’s refreshingly good at acknowledging that even the best of plans get waylaid by messy, nonlinear, frustrating, unpredictable life. By that unplanned-for yearning to just go home.

“Suppose the twists and turns of your life include late marriage, no marriage, divorce, or infertility,” she writes. “A miserable economy, a boss who just doesn’t recognise your merits no matter how confidently you assert them, a job and a spouse that are not in the same place, a child who needs you more than you expected or whom you want to be with more than you expected, parents who need care. Illness, unemployment, debt, disasters both natural and man-made.” What then? Perhaps that question is something Sheryl Sandberg can relate to after the tragic and sudden death of her beloved husband last year.

Slaughter’s contention: “A resilient system is one that can handle the unexpected and bounce back, that anticipates the possibility of many paths to the same destination.” The system may not change overnight but changing our expectations of ourselves would be a start. •

Sophie Black is a writer, journalist and former editor-in-chief of Crikey.

The rise of the New Right helped keep Labor in office for over a decade, writes Frank Bongiorno in this extract from his new book 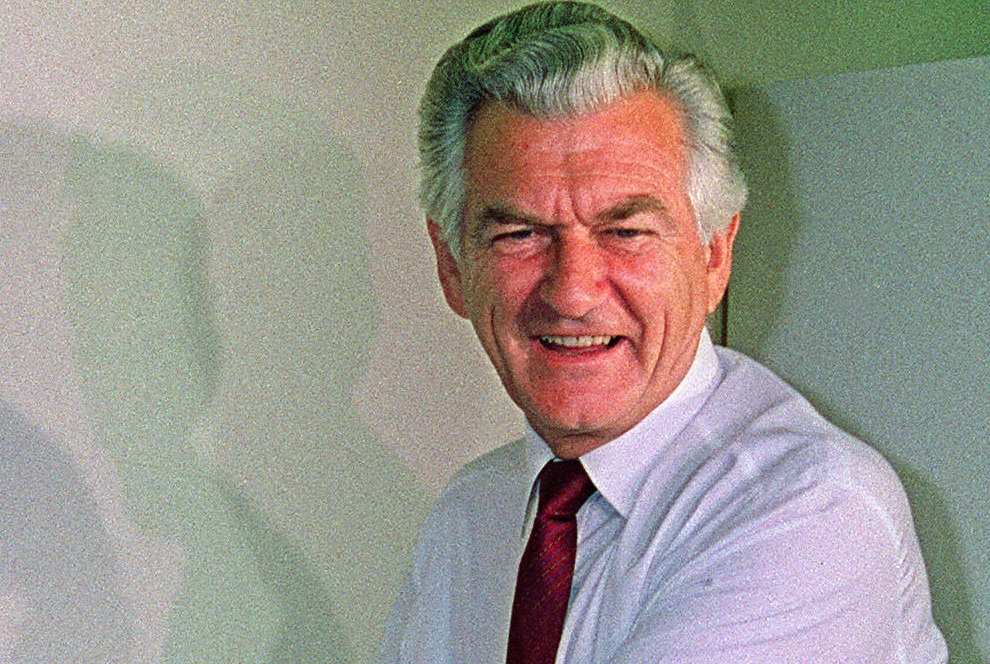