Making it through the waves 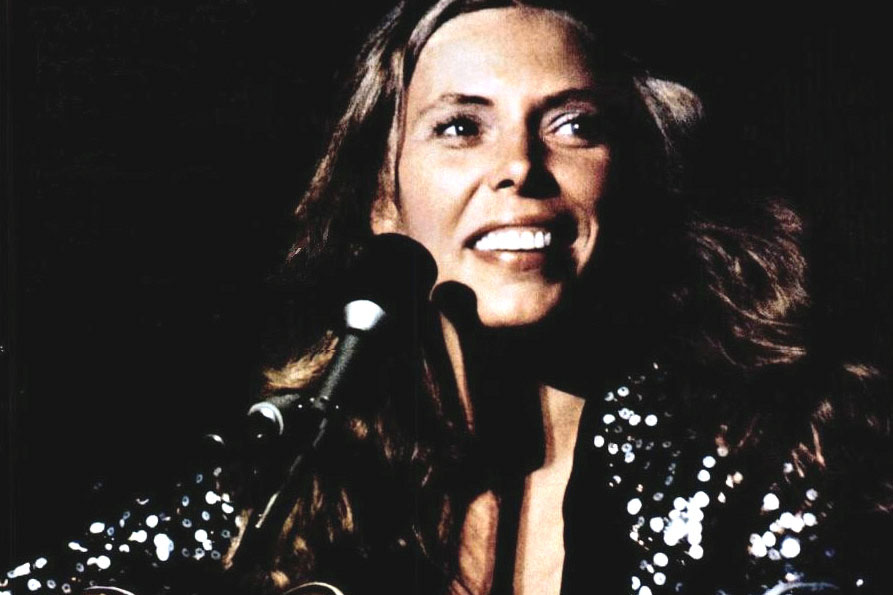 The three most durable giants among 1960s folk singer-songwriters had such different years in 2016. Bob Dylan received the Nobel Prize for literature. Leonard Cohen released an album and died. Joni Mitchell got this anthology of music journalism.

Nicholas Jennings, in an extract from Before the Gold Rush: Flashbacks to the Dawn of the Canadian Sound, says Mitchell saw Dylan and Cohen as “her only real ‘pace-runners’ when it came to song-writing.” “Leonard’s economical, he never wastes a word,” she said in 1970. “I can go through Leonard’s work and it’s just like silk. Dylan is coarse and beautiful in a rougher way. I love that in him. I think I’m a belated fan.”

Until Dylan’s 1965 song “Positively 4th Street,” Mitchell thought he was “a Woody Guthrie clone… You know, I was always in debate in the coffee houses, ‘Oh, what’s the fuss over?’ you know; ‘he’s just second-generation Woody and it’s kind of silly, he’s a middle class kid, you know, he’s not riding the box cars.’ But then his stuff started to really come from his own blood, you know?”

Hearing “Positively 4th Street,” Mitchell thought, “Oh my God, we can write about anything now. It was just, ‘You gotta lotta nerve / To say you are my friend…’ Just that one line, ‘Whoa, what an opener!‘ So that changed my direction, and after that my songs got real ‘He said/she said,’ kind of like playlets and soliloquies.” About thirty years later, before heading to Tokyo to play with Mitchell, Dylan called. “I forgot how to sing,” he told her, “but I remember now, I remember now. The trouble is they want me to do all those Bob Dylan songs – and they’re so heavy.”

Mitchell met Cohen at the Newport Folk Festival in 1967, not long before they both released their first albums. A love affair “lasted for part of the summer as their paths crisscrossed on the festival circuit,” according to Jennings. On her second album, Clouds, Mitchell sang of a man she met “on a midway at a fair last year”: “And you stood out like a ruby in a black man’s ear… You looked so grand wearing wings / Do you tape them to your shoulders just to sing?”

Occasionally Mitchell acknowledged real-world subjects – the Marcie in “Marcie” “is a real girl, she lives in London… But I’m the girl in all these songs.” Mostly, she warns off autobiographical associations. “I resent the ‘Who is it about?’ fixing it in time, ‘It’s about that over there…’ No it isn’t, it’s a mirror – and it reflects you if you take the time to look as you pass it by… If it’s overly explained, you rob the people whose lives it brushes up against of their own interpretation and their own experience.”

Born Roberta Joan Anderson in the early 1940s in Alberta, Canada, and having grown up in Saskatoon, Mitchell spent a year at art school in Calgary, had a child whom she placed with foster parents – “My child’s a stranger. I bore her but I could not raise her.” (“Chinese Café/Unchained Melody”) – began writing songs, married a folk singer from Detroit called Chuck Mitchell after a courtship of thirty-six hours, and started touring with him.

The marriage didn’t last – “I can’t go back there anymore. You know my keys won’t fit the door” (“I Had a King”) – but the young Canadian, now Joni Mitchell, got noticed on the folk circuit, especially once better-known artists like Judy Collins and Buffy Sainte-Marie started recording covers of her songs.

As she moved first to New York’s Chelsea and then to Los Angeles’s Laurel Canyon, the songs and the albums flowed. “Joni Mitchell has arrived in America,” a Rolling Stone writer declared in May 1969. She didn’t get to the Woodstock festival outside New York later that year but wrote its anthem – “We are stardust, we are golden… And we got to get ourselves back to the garden.”

The series of albums that followed in the early-to-mid 1970s – Blue, For the Roses, Court and Spark, The Hissing of Summer Lawns and Hejira – are the “consensus masterworks” of Mitchell’s career. Blue, created from “total pain” (Susan Whitall in the Houston Press), was “the best album ever to help you rationalise utter romantic defeat” (Michael Gross in Swank). “Well there’s so many sinking now you gotta keep thinking you can make it through these waves.”

Her rhythms and melodies got more complex, crafted to the agility, range and purity of her own voice. Amateur fans of simpler-sounding 60s hits like “Both Sides Now” and “The Circle Game” wore out the vinyl of these new classics but struggled even to tune their six-strings like Mitchell’s, much less play her chords. Fewer artists covered Mitchell’s material. The only person who could sing a Joni Mitchell song now was Joni Mitchell. “She has forged a form of personal expression that is beyond imitation,” wrote Michael Watts, reviewing The Hissing of Summer Lawns in Melody Maker.

Unlike Melody Maker, Rolling Stone declared The Hissing of Summer Lawns “the worst album of 1975.” Twenty years on, Susan Whitall remembered it as a puzzlingly brutal assessment “in a year that saw the release of two by Kansas.” But criticism of the 1978 jazz album made with Charles Mingus was more widespread. Sandy Robertson’s review in this collection is a benchmark of savagery: “I find no illuminations on this record – it’s merely pleasant,” its co-creator “the little white girl in awe of the big black man.”

In 1982, Mitchell married bassist Larry Klein, who played on the album she released that year, Wild Things Run Fast. “Caught in the middle, Carol, we’re middle class. We’re middle aged” (“Chinese Café/Unchained Melody”). It was, at times, almost comfortable, optimistic: “All around the town, good hearts are goin’ under / Love bandits con and plunder / Let nobody put asunder this solid love” (“Solid Love”).

Twelve years later, they separated, moving to different houses the day before they went into the studio to start recording the album that became Turbulent Indigo. “It was tense for a few weeks,” said Mitchell. “For the most part it was a wonderful growth experience, I think, for both of us. Klein would say the friction created a pearl.” The Recording Academy agreed. From a shortlist including albums by Madonna, Annie Lennox, Mariah Carey and The Eagles, Mitchell and Klein won the Grammy for Best Pop Album of the year.

Joni Mitchell had been threatening to “quit this crazy scene” for almost as long as she had been in it: “I wish I had a river I could skate away on” (“River”). For Susan Whitall, the Grammy for Turbulent Indigo was “as if… the music business was saying ‘Sorry Joni, for revering Sting for using polyphonic harmonies when you were rejected for the same thing just a few years earlier. Sorry, sorry, sorry.’”

Barney Hoskyns wants this anthology to give the reader “most of what you could ever want to know about Joni Mitchell,” including his own interview with her in 1994. It’s a fine selection and a perfect format for a book about a long career in a bruising business. Mitchell complains that critics “hold you in your decade – you are supposed to stay neatly in your decade and then die.”

Reading what they actually wrote, decade by decade, in different kinds of publications, gets the reader into the times better than many late-career retrospectives. There are contemporary reviews of most of the albums and of large and small shows, as well as “snapshots of her complex, often spiky personality” and “some of the most open and thoughtful interviews Mitchell has ever given.”

Over the last few years, I have heard a stellar line-up of young Canadian, Scots and Australian singer-songwriters each play a Joni Mitchell song in a Ladies of the Canyon show at a big festival; Diana Krall coax “A Case of You” from a cold night in the Yarra Valley; a support act light up a little venue in Northcote’s High Street with an all-Joni set. Mitchell’s music was in their blood “like holy wine”; her decades are not done yet. •

Jock Given researches, writes and teaches about media and communications policy, business, law and history at Swinburne University of Technology.

Will sectarian divisions decide Jakarta’s election for governor this week? 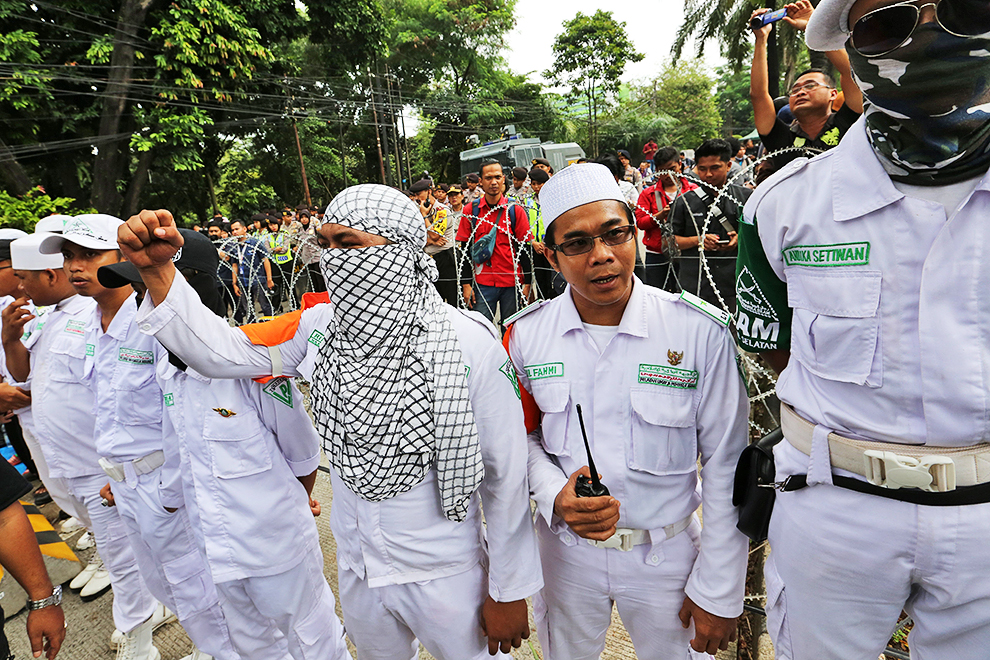