Having won the most seats, the opposition parties endured twenty-four hours of suspense. Was the old government working on plan B? 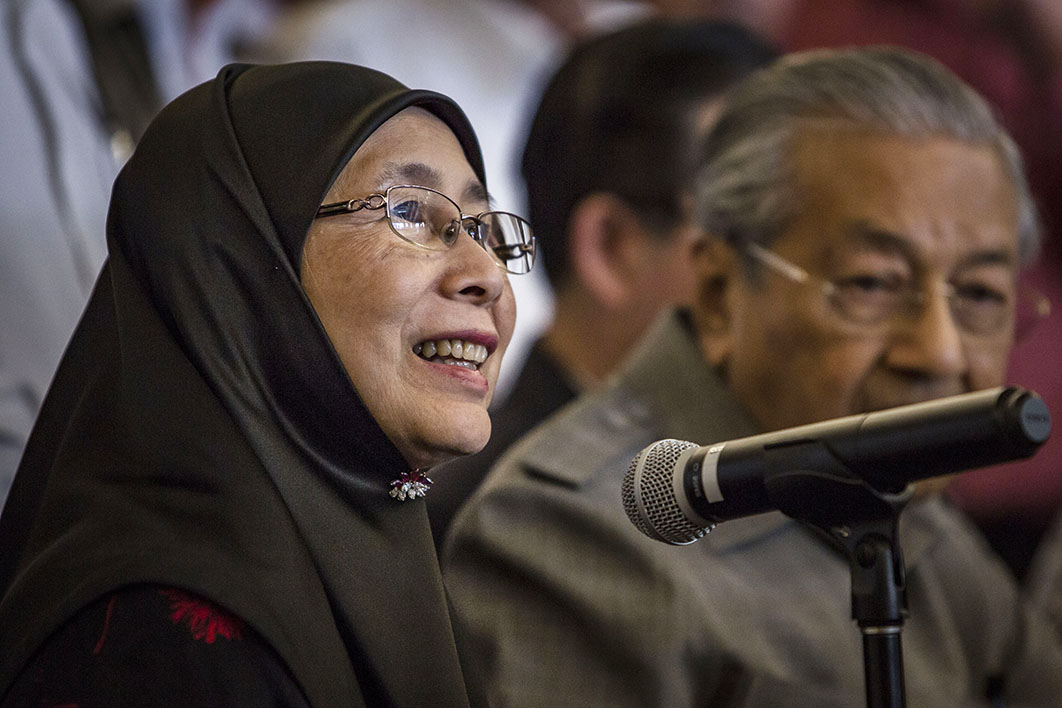 “We’ve asked the sultans not to be on the wrong side of history,” a Pakatan Harapan candidate told me in a posh cafe in Kuala Lumpur in February. “They should not emulate the Indonesian royalty during the Indonesian revolution,” he continued, referring to East Indies rulers who sided with the Dutch on the eve of Indonesian independence. “We are very confident. Very confident.”

I sensed his confidence was genuine, and it was vindicated on Wednesday this week when a surge of public support for Harapan, the opposition coalition, overwhelmed all the obstacles built into Malaysia’s electoral system — a system that has tipped the scales in the government’s favour in contests with successive opposition coalitions over the past six decades. The result will also deliver another important first for Malaysian society, a woman deputy prime minister, Wan Azizah. (Azizah’s husband, Anwar Ibrahim, is still in prison and was unable to run.)

Despite stating repeatedly that he will not be seeking revenge against vanquished prime minister Najib Razak and his allies, Malaysia’s new leader, Mahathir Mohamad, had to wait for most of Thursday to get an audience with the King. Only then was he sworn in and able to form a new government. The ceremony finally took place at 9.30 last night in Kuala Lumpur. Najib tweeted his congratulations and an assurance that he would assist in a smooth transfer of power.

Last night’s developments came after a remarkable press conference earlier in the day at which Najib told the Malaysian public, in Malay and English, that he would accept the people’s verdict. The election had left his Barisan Nasional coalition with only seventy-nine seats. This wasn’t a concession speech: rather than wishing the new government well, Najib was seeking to buy time. He pointedly referred to his willingness to accept whomever the King chose to appoint as prime minister. And he stressed that no single party — Harapan candidates contested as part of an alliance of parties — had won a simple majority of Malaysia’s 222 federal parliamentary seats.

Shortly before Mahathir’s swearing-in took place, the palace issued a press release denying that it was the cause of the delay. Mahathir had dressed himself up and gone to the palace after issuing a 5pm deadline, and photos of him and his wife waiting for an audience, after a long day and night spent on polling and counting, elicited an outpouring of sympathy on social media. Mahathir is elderly, and the delay was beginning to look like cruelty.

The Wall Street Journal quoted an insider’s report that Najib, bewildered by his defeat, had spent much of the day trying to formulate a plan B to avoid a transfer of power. But the numbers were against him. Together, the Harapan parties had won 113 seats, leaving only thirty new MPs not formally allied with either major grouping. Of the thirty, eight were said to be leaning towards Mahathir even before the election. But even if Najib could convince all thirty to join him, he would still have had only 109 seats, short of a majority. Perhaps his aim was to pull one of the parties out of the Harapan alliance and into Barisan — that was certainly the strong hint in yesterday’s speech.

The opposition was never going to take that risk. “We would be prepared to put everyone in a hotel for a few days, with their phones taken away, to prevent our elected candidates from jumping,” the Harapan candidate told me in February. All indications are that arrangements were indeed in place to prevent the direct negotiations that could lead individuals or whole parties to jump.

When the 5pm deadline Mahathir had set for the King passed, Malaysians began to consider whether they would have to go to bed without a government, despite such a strong expression of electoral will — if they could find a way to fall asleep, that is.

Many wouldn’t have slept the previous night. The official results weren’t announced until Thursday morning, despite unofficial figures having appeared much earlier on media websites. Opposition supporters accused the Barisan-aligned Election Commission of Malaysia, or SPR, of delaying the Harapan victory it had worked to prevent, pointing to an apparent unwillingness by some officials to certify counts. At one polling place, according to social media reports, voters locked both the ballot boxes and the electoral officials in a school until the relevant forms were signed.

Public mistrust in the electoral system is the norm in Malaysia, and it seemed that the palace media office had been observing the strong public condemnation of the SPR on Wednesday night. After rumours had begun circulating that the SPR was delaying announcing the results in order to rig them, its chair, Hashim Abdullah, had eventually fronted a late-night press conference to defend the commission, and the results were released soon afterwards.

Late on Wednesday night, Barisan representative Khairy Jamaluddin announced that the defeated government would “respect the result.” As Mahathir waited in the palace, though, fears grew that the result Barisan would respect might yet be a different one from what voters intended. Rumours that MPs had been offered millions of ringgit to change sides prompted Mahathir to announce that he had already done all the deals, achieving a total of 135 seats by winning pledges of loyalty from another twenty-two elected representatives.

Najib’s press conference also involved a lengthy defence of the democratic character of the election. This was the wise choice — Malaysia relies on its five-yearly elections, despite their usually predictable results, to gain entry into polite international society. Despite having the power to do so, Najib declined to declare a state of emergency, as a previous Malaysian government did after a strong opposition showing in 1969, a move that would have exploded his defence of the Malaysian electoral system.

Najib remains the target of several international investigations aimed at unravelling the 1MDB scandal. If he steps down, he might be prosecuted, either overseas or by a new set of authorities in Malaysia. Mahathir says he is not seeking revenge, but Najib’s attempt to buy time eventually ran out. •