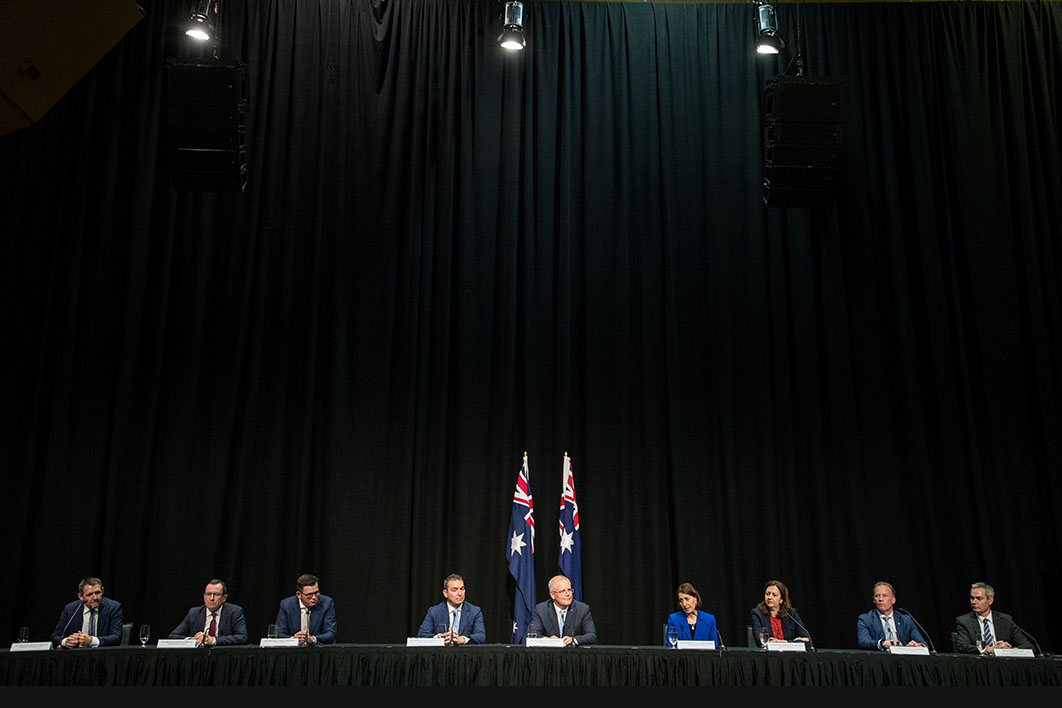 Economics is easy. It is politics that makes reform difficult. We already know what needs to be done. But Australia’s history shows that the only way to get meaningful, widespread reform is to develop a national political framework that takes a big-picture approach to reform, brings relevant jurisdictions together, and gives state and territory governments financial and political incentives to do the heavy lifting. We must learn from our own history. Without such a framework, post–Covid-19 reforms are destined to be the same piecemeal disappointments that have characterised the past twenty-five years and will be wholly inadequate for the scale of the Covid-19 economic shock.

In thinking about economic reform, the federal government needs to start with some hard truths. The first is that most of the reforms that need to be done are not within the federal jurisdiction. States and territories are responsible for our most inefficient taxes, our most anti-competitive policies and our biggest infrastructure bottlenecks. They are primarily responsible for health and education, and will need to play key roles in meeting many of our energy and climate challenges.

The second hard truth is that the states and territories often have few economic and political incentives to undertake these reforms. Many of the benefits of these reforms, from tax reform to competition reform, push more revenue into federal coffers than state coffers, but the states get left with the political burden.

The third hard truth is that, in the current environment, reform is economically and politically futile if it is not holistic and widespread. The sheer scale of the Covid-19 economic shock means that the piecemeal, business-as-usual reforms that have characterised the last twenty-five years will be like a glass of water on a bushfire.

Economically, reforming the tax system without reforming the welfare system is like giving someone only a left shoe. It is the interaction of these systems that shapes economic incentives and outcomes. Reforms create winners and losers, but piecemeal reform guarantees more losers. Holistic reform is the best way to ensure fairer, more balanced and more economically effective outcomes, because people who lose from one reform will benefit from others.

Politically, holistic reform expands the frontier. It allows for policy trade-offs where both sides of politics can give and take and achieve more than they otherwise could. It allows for the losers from reform to be fewer and better compensated, and can help ease political concerns. If the concern about raising the GST is its impact on the poor, then reform the welfare system to fix it. If the concern about franking credit cash refunds is the impact on retirees, then reform the retirement system to fix it. A holistic approach makes it easier to solve these problems.

Achieving these things requires a national political framework. Australia’s history shows how this can be done.

From 1997 to 2006, Australia implemented the largest set of reforms of this kind in our history through prime minister Paul Keating’s National Competition Policy. These reforms fundamentally reshaped numerous sectors of the economy, including electricity, gas, road transport, water, infrastructure, telecommunications and agriculture. The reforms saw major changes to the structure and governance of public monopolies, created new independent institutions, and undertook sweeping reviews of the impact of laws and policies on competition across the economy.

How did these governments do it? The political framework was everything. First, governments sought independent advice on what needed to be done, culminating in the Hilmer review. This time round, we have no shortage of excellent reports and reviews, so this step has already been done.

Second, the Productivity Commission modelled what the benefits of these reforms would be and, more importantly, how they would be distributed between the states, the territories and the federal government. They found that many of the reforms meant states would do all the hard work while the financial benefits flowed to the federal government. So they created a system of “national competition payments,” which redirected money received by the federal government to the states and territories undertaking the reform. This not only created a financial incentive for states to undertake reform, it also gave them vital political cover. Labor’s competition policy minister, Craig Emerson, recalls the states raising with him the idea of the federal government getting involved in reforming the taxi industry. “They essentially said ‘we’d like you involved because when the shit hits the fan, we can blame the Commonwealth.’”

The third thing the governments did was to get the institutional settings right. They created a new national body — the National Competition Council — to assess progress in implementing the reforms, working with new competition policy units set up by each state and territory government. The National Competition Council made recommendations to the federal treasurer as to the level of compliance and how much states and territories should receive as a result, including penalties for noncompliance.

The result of this political framework was the implementation of the largest, most widespread reform program in Australia’s history. These reforms permanently increased Australian GDP by a whopping 2.5 per cent. They reduced the price of electricity by 19 per cent, the price of telecommunication services by 20 per cent and the price of milk by 5 per cent, to name a few. The reforms were overwhelmingly revenue-positive for all governments.

Looking back at this history, it is disappointing that the current push for reform has already collapsed on the old battlegrounds of whether to cut the corporate tax rate and whether to raise the GST. Without holistic reform, the benefits of these measures will be woefully insignificant. And without a national political framework, holistic reform is a pipedream. Time will tell whether the economic fallout from Covid-19 will be large enough to generate more ambition. •