CINEMA | Sylvia Lawson reviews Here I Am and Mad Bastards 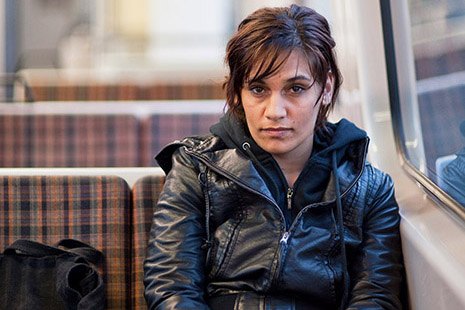 Here I Am, touring the country with the Message Sticks program and soon on general release, is Beck Cole’s first feature, but it comes after a substantial record in documentary and half-hour dramas. Cole was one of the writer-directors on SBS’s First Australians; in Wirriya – Small Boy, she watched seven-year-old Ricco, who lives in one of the Alice Springs town camps, on the day he goes to school, and then on the day he wags it. In the highly enjoyable The Lore of Love, she observed a group of feisty grandmothers joking as they instruct a teenage girl on men and sex; in Plains Empty she drew a fine brief ghost story from a remote mining area. Her images of people in their settings stick in the memory for years; if, as Cole has said in interviews, her work in documentary and drama draws life from her responses to individual people, its strength is equally in the way locations themselves tell the stories.

In Here I Am we’re in Port Adelaide, shown in Warwick Thornton’s masterly cinematography as a world of hard, cold light on grim container terminals. Karen (Shai Pittman) emerges from jail after two years inside; her offence had something to do with drugs, but the details hardly matter. What matters is that she’s an attractive young Aboriginal woman on her own in gloomy, unpeopled streets; she wanders into a cheerless pub, and into a sexual encounter she doesn’t really want. She finds refuge in Temple House, which shelters Aboriginal women in difficult stages of transition. At first, the place seems like one of Dickensian bleakness, with Big Red (Vanessa Worrall) as a punitive supervisor, but one capable of relaxing into camaraderie. Slowly Karen’s fellow inhabitants, variously raucous, sullen, kindly, become a network of friends, ready to encourage her in the quest to reconnect with her young daughter. In that, however, she has an implacable enemy, her mother Lois (Marcia Langton), who has custody of the child. Langton does implacable like no other performer I can think of (and in the Q & A after the Message Sticks screening, Beck Cole told of the importance of that particular casting).

Their struggle has much to do with the back story, a past that is registered in eloquent fragments. Part of it is that Lois has, from her own point of view, seen too much human wreckage to be merciful when it comes to her own; and there is something terrifying in her need to nurture the child alone. (Langton could play a pretty considerable Medea.) So Here I Am, most obviously one of the necessary tales of Aboriginal survival today, is no less a film about mothers and daughters. The appearance of one good bloke in Karen’s life will help, but he’s not a solution.

The film is dark, with passages in harsh electric light; there’s little visual softening. No trees or gardens, no sunlight. If there is an element of hope at the end it’s in Karen’s ability to face the authorities and — actually — smile; but hope has not come cheaply.

Here I Am got a standing ovation in Adelaide, and deserved it. There aren’t too many movies around that centre on female agents — as distinct, that is, from offsiders. Mad Bastards, written and directed by Brendan Fletcher, offers a more conventional tale of contemporary Aboriginality. Here, too, is the ordeal of alienated parenthood. The long road from Perth to the Kimberley, taken in hitchhiking stages, is a clear metaphor for the ethical and emotional journey of Thomas, or TJ (Dean Daley-Jones); he has spent thirteen years in town doing, as it seems, nothing in particular. Coming to the chaotic town of Five Rivers, he is met by an old man who sees that he doesn’t belong in this country, but, he says, “it’s my son’s country” and that means that he has to come to terms with it. The boy, Bullet (Lucas Yeeda), isn’t impressed by his father’s sudden appearance. (“What you come here for?” “I came to see you.” “Now you’ve seen me, now you can go.”); Bullet’s mother Nella (Ngaire Pigram) is less than half-prepared to be won back. But they dance together to the guitars that play, with somewhat maudlin persistence, across the town and throughout the film.

The strumming is fatalistic; it suggests that nothing’s going to change much for the people here, despite their struggles toward betterment. With the men’s discussion group, Nella’s insistent cleaning-up and the cultural expedition with teenage boys out into grasslands and billabongs, Five Rivers is trying. TJ’s inner conflicts explode in a fierce fight with the cop called Texas, who is at once friend, mentor and enemy (a complex, benign performance by Greg Tait). There’s a stumbling recovery, and some progress toward the mending of the broken family — which may be classic melodrama, but that doesn’t mean it’s false. There’s life in old plots — it depends how they’re worked; this one is entangled with real communal vitality, and framed in stunning landscapes.

Brendan Fletcher drew on true stories from the Kimberley; but the film’s postscript, in which the actors speak for themselves, wasn’t really needed.

There is much debate around Bob Connolly and Sophie Raymond’s documentary, Mrs Carey’s Concert, currently playing (as documentaries rarely do) in several outlets. I shall come soon to the issues involved there, and also to Justin Kurzel’s brilliant Snowtown: the reasons why people walk out of it, and the reasons for seeing it through. • 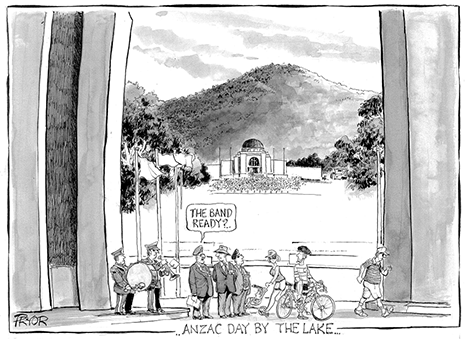