Messing about with boats and billionaires 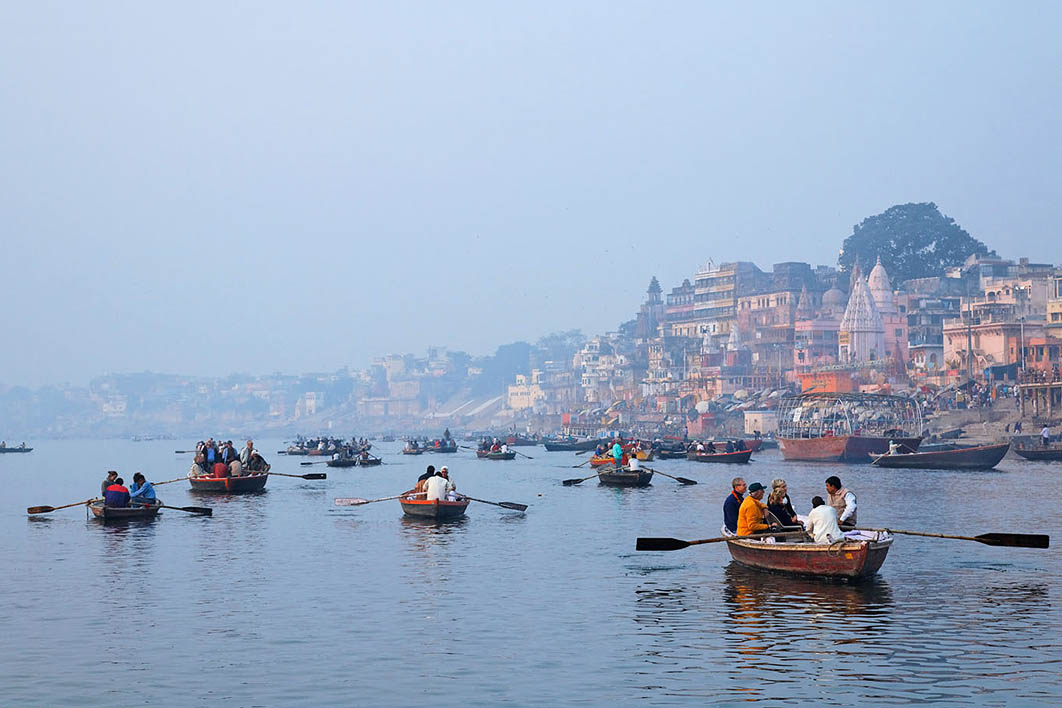 There’s a long tradition of British journalists ordering their thoughts about their time in India by writing a book. W.H. Russell, perhaps the first modern war correspondent, began it in 1860 with My Diary in India, his account of the Great Revolt of 1857 (also known as the Indian Mutiny, the First War of Independence, and so on).

Journalists who have followed Russell over the past 160 years have tended to thread their post-India experiences around themes that captivated or assailed them. The Grand Old Person of the genre is eighty-three-year-old Mark Tully, the legendary BBC correspondent, who has lived on and off in India much of his life and has half a dozen books to his name. Billionaire Raj and River of Life are worthy contributions to the genre, for both their engaging writing and their demonstration of why sturdy media organisations are crucial in an age of “fake news.”

Mallet and Crabtree both worked in India for the Financial Times, Mallet in New Delhi from 2012 to 2016 and Crabtree in Mumbai from 2011 to 2016. Their books stem from their research, travels and encounters, paid for by a great global news organisation. Such organisations hire talented, well-trained people and give them time and resources to stick their echidna-like snouts into the affairs of the day.

Mallet and Crabtree had privileged access to business and political leaders, and to events like the great Kumbh Mela on the Ganga in 2013 (next one, 2025) and the election victory of Narendra Modi and his Bharatiya Janata Party in 2014. Mallet recently added a further distinction to his journalist’s CV by being ejected from Hong Kong in October when the authorities refused to renew his visa. As vice-president of the territory’s foreign correspondents’ club, he had organised a talk by an activist associated with a party advocating independence from China.

The trigger for both Mallet’s and Crabtree’s books lay in gob-smacking early experiences in their cities of residence. For Mallet in Delhi, it was the River Jamuna, once a glorious tributary of the Ganga, now a festering drain — but a festering drain with a “boat club”! Mallet confesses, “I love boats,” and a book was born.

Mallet relishes the chance to pass on boating vignettes, such as a method of travelling downstream “by means of an empty earthenware jar (well corked) under each arm.” In 1814, this seemed to work well, “but there is great peril from the alligators.” There still is. In spite of appalling pollution, the great river sustains fish, crocodiles and dolphins, with tigers along the banks in a few places.

Most of the eighteen chapters of River of Life, River of Death focus on themes related to the river. The technique provides scope to comment on bureaucracy, politics, economics and religion. The river is hideously polluted with human and industrial waste, yet its sanctity in the eyes of tens of millions of believers renders public-health science irrelevant. Believers continue to use the river for bathing, drinking, cooking, irrigation, defecation and cremation. Such reverence makes the task of cleaning the Ganga far more difficult than that faced by the people who transformed the Thames and the Rhine.

Narendra Modi, elected to parliament from the Varanasi constituency, took on the challenge of not only cleaning the Ganga, but also cleaning India. On Mahatma Gandhi’s birthday in October 2014, he vowed to create a Swachh Bharat — a Clean India — in five years. Cleaning the river is a key measure for the success of the Clean India campaign, on which the national government has spent hundreds of millions of dollars.

Will the river be clean by October 2019? “The pollution crisis of the Ganges and its tributaries,” Mallet wrote in 2017, “is as grave as it has ever been.” He gives failing marks on three counts: abysmal systematic data about the state of the river; uncertainty about policies; and ineffectual implementation of previous clean-up plans.

Cleaning the Ganga, he concludes, “will be a measure of the success or failure of Modi’s projects to modernise India.” He gives the last word to a Hindu holy man who tells him that the river will improve and “the journey will be from filth to faith.” Mallet makes it pretty clear his money is on filth. But he does have one last dip in Ma Ganga — well up in the Himalayas, near the relatively clean headwaters.

Mallet’s trigger was a boat club. Crabtree’s was a building. “Nothing symbolises the power of India’s new elite more starkly,” his book begins, “than Antilia.” Antilia is the soaring monument to ostentation and immense wealth that looms over central Mumbai — 160 metres, close to half the height of the Empire State Building. That’s the home of Mukesh Ambani, India’s richest billionaire and senior member of the Ambani family.

As a business journalist in India’s commercial capital, Crabtree’s attention to the Ambanis, their fellow captains of “crony capitalism” and their capricious ways was a daily duty. The Billionaire Raj is built around them, and the book begins with a section called “Tycoons,” which profiles three of them — men who, in Australia, would be referred to as “colourful identities.”

Crabtree draws comparisons with the so-called Gilded Age of the United States, from the 1870s to about 1910, when swashbuckling entrepreneurs stole national resources, bought politicians and broke trade unions. It’s a shiny lure to hook the interest of North Atlantic readers and an effective device to invite readers to think comparatively.

But there’s not a great deal to be gained by comparing today’s India with a country of fifty million (the United States in 1880) spread across a landmass of 7.6 million square kilometres. For a start, India is twenty-six times more populous (at 1300 million people) than the United States of the Gilded Age, and its area (3.3 million square kilometres) is less than half.

This recognition makes India’s situation appear all the darker. When a captain of finance today gets away with public money or acquires a public resource at an op-shop price, he — for all Crabtree’s featured tycoons are men — is grabbing a very scarce commodity. It’s not the vast open spaces of nineteenth-century America, where the only obstacle was the need to ruthlessly dispossess Native Americans.

In “Political Machines,” the book traces the symbiotic relationships between the outrageously wealthy and India’s politicians. The wealthy need politicians to pressure government-controlled banks to extend and refinance huge, perhaps unrepayable loans. Political favours also enable business empires to latch onto public assets (such as mining concessions and telecom spectrum) at bargain prices.

In the third part of the book, “A New Gilded Age,” Crabtree introduces a gallery of lesser, but still colourful, tycoons. They, too, benefit from drip-feeds of public money to make bad loans look sustainable.

But India also has many millionaires who keep honest books, publish transparent annual reports and turn some of their wealth toward public good. You wouldn’t know it from The Billionaire Raj, and that means we are missing one of the pieces of the great jigsaw of India.

There are other missing pieces that make the Gilded Age an uncomfortable comparison. Fifteen per cent of India’s population — Dalits, formerly “untouchables” — are still overwhelmingly poor and marginalised (try finding a Dalit on TV, for instance). The word “Dalit” occurs only a few times in the text and does not appear in the index. Another 7 per cent of the population are tribal people, living in remote areas with few of the resources they need to protect themselves from the incursions of the modern world.

It’s understandable, of course, that a journalist covering business and finance would not meet many Dalits. Although there is a sprinkling of Dalit millionaires (in a population of 190 million), there are no billionaires. But the Dalit fact — not to mention the suspect, prove-your-loyalty status of close to 190 million Muslims — is a further reason why the Gilded Age comparisons don’t take us far in comprehending India’s current state and possible futures.

The book concludes with a comparison of the two Gilded Ages and the observation that “India’s new Gilded Age can blossom into a Progressive Era of its own, in which the perils of inequality and crony capitalism are left decisively behind.” It’s a happy thought, but hard to imagine happening in a foreseeable future.

Mallet and Crabtree are talented professionals who know how to ask questions, tell stories, write fluently and promote their work. Crabtree even has a three-minute, animated version of The Billionaire Raj on YouTube. And they benefited from having worked in India for a great news organisation. For most of their stays, the Financial Times was owned by the Pearson group, which was then a sprawling giant of British publishing. Pearson sold the FT to Nikkei, the Japanese media empire, in 2015.

What is important for journalism as a profession, and for “non-fake news” as an ideal, is that clever, well-resourced truffle-hounds have the time to follow stories that take them up and down the Ganga or track absconding businesspeople to their lairs. These two books exemplify the more enduring products of what good journalists do every day. • 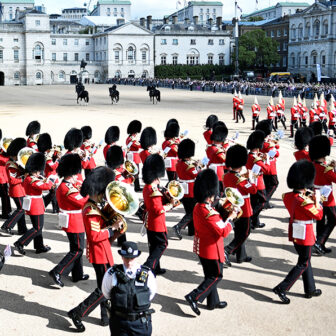 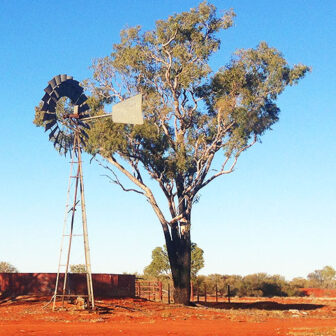