What is going on inside Australia’s immigration program? New government figures tell only part of the story 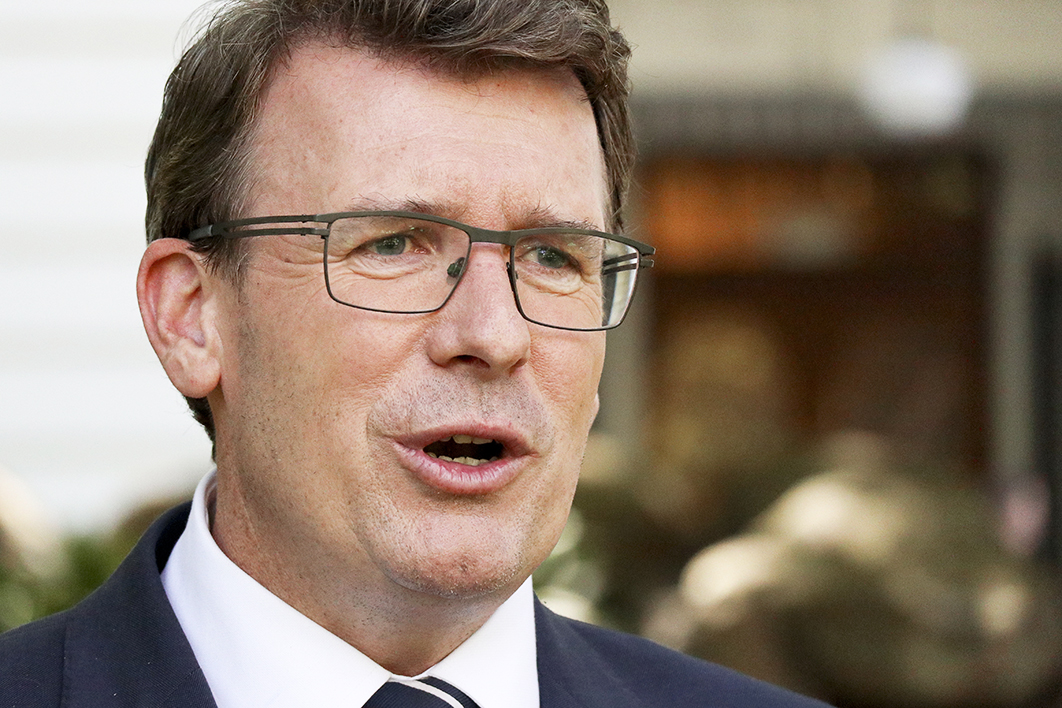 Just after the close of the financial year, Simon Benson, national affairs editor at the Australian, landed an exclusive. He confirmed that permanent immigration in 2017–18 had been reduced to “the lowest level for more than a decade.” The number of visas issued — 162,417 — had come in well below the 190,000 places planned in the budget.

The information was released to Benson amid heated public debate about Australia’s rapidly growing population. Claims were being made that immigration was the primary cause of such social ills as escalating house prices, rising crime, falling wages and increased traffic congestion.

Yet home affairs minister Peter Dutton didn’t say that he’d cut the intake because the nation needed fewer migrants. He put it down to new integrity measures. Apparently, fewer visas were issued because his department had been scrutinising applications more closely to exclude “fraudulent claims” by those who sought entry based on exaggerated qualifications, sham relationships and the like.

Without further detail, expert observers found this tough talk unconvincing. The recent release of the official report on the migration program throws more light on what has been going on, though it still leaves many questions unanswered.

According to the report, the number of migration applications finalised was “only marginally lower” than in the previous year, but “shifting risks and an increased focus on integrity” resulted in “the number of visa refusals and withdrawals increasing significantly in 2017–18.” Decoded from the bureaucratese, this means that the department processed roughly the same number of visa applications but knocked back a much larger proportion of them — in fact, a whopping 46 per cent more than last year. As a result, far fewer visas were issued overall.

While this news is consistent with Dutton’s claim that he has “tightened up the eligibility criteria,” it does not adequately explain why so many visas were denied last year in particular. Had the department been approving dodgy applications previously? This is what the report says:

There is now a higher proportion of high-risk cases across our programs, with applications lodged by individuals with complex immigration histories, including extensive travel histories, unsuccessful visa applications and/or periods of being unlawful in Australia. These require increased scrutiny, including more character and bona fides checks to ensure that the Australian community is protected.

Why were there more “high-risk cases” than in 2016–17, for instance? And was a decision made to prioritise the processing of these more questionable claims in order to weed them out of the system? This is feasible, since skilled visa applications are not processed in the order in which they are lodged — first come, first served — but are prioritised in a manner “that the minister considers appropriate.” Setting priorities in this way would not only fit with Dutton’s security-minded approach to immigration but also serve to produce a politically convenient cut in the migrant intake, without going through the contentious process of revising planning levels set in the budget.

But if the minister did direct his department to focus first on potentially problematic applications, he has not made this public.

According to Home Affairs, the top processing priority is the Regional Sponsored Migration Scheme, or RSMS. This makes sense given the stress that prime minister Scott Morrison and former immigration minister Alan Tudge (now the man in charge of cities, infrastructure and population) have put on the need to get skilled migrants out of big cities — Sydney, Melbourne and Brisbane in particular.

But another curious aspect of the data in the report is that only 6221 RSMS visas were issued in 2017–18, a sharp fall from the previous year and only about half the number issued in 2015–16. While new applications in this category dropped last year, the number waiting in the pipeline rose by 21 per cent to more than 22,000.

So, we have a government that says it’s determined to send skilled migrants to regional areas yet slashes the number of visas issued in the stream of the migration program that enables this to happen. This defies logic. The report states that the RSMS program was “particularly impacted” by integrity issues without giving further information about why this would be the case. Still, if the RSMS is the top priority, then why not approve more of the applications that do pass muster?

On the available evidence, the government seems to be allowing its most significant existing regional migration option to wither on the vine in advance of bringing in its proposed and much-hyped alternative — a provisional visa that would require migrants to live in regional areas for up to five years before gaining permanent residence.

Despite repeated suggestions that he is about to “unveil” this plan, Alan Tudge’s speeches, whether as immigration minister or population minister, remain disappointingly short on detail. Meanwhile, he continues to recycle his unsubstantiated claim that “87 per cent of all skilled migrants are going to Sydney and Melbourne.”

The minister has offered no support for this “fact.” The report on last year’s migration program shows that 32 per cent of skilled migrants intended to settle in New South Wales and 25 per cent intended to settle in Victoria. The share of these two states relative to others has been increasing over time, but even if all these migrants went only to Sydney and Melbourne — which is improbable — the combined total of 57 per cent still falls well short of the minister’s figure of 87 per cent.

Perhaps the minister has evidence that these migrants will eventually wind up in Sydney and Melbourne in the years to come. If so, it would be helpful to know the time frame involved and see the data that supports this conclusion.

Partner visas, meanwhile, make up the vast bulk of the family stream of the migration program. Last year, Home Affairs granted 8000 fewer of them than in the previous year. The fact that the report provides no explanation seems odd, given that more than 80,000 applicants are waiting in the queue. Did more rigorous checks really detect such an increase in fake relationships? Or was this program cut for some other, unstated reason?

Prolonged delays for partner visas can be distressing, and the uncertainty can affect major life decisions such as buying a house or having a child. Along with child visas, partner visas are listed as the top processing priority within the family stream. Since the interests of Australian citizens and permanent residents are at stake, as well as those of migrants, it would be troubling indeed if administrative measures were being used to slow the rate at which partner visas are granted in order to deliver a de facto cut to migration numbers.

Finally, the department’s more stringent approach to permanent migration appears to have two other consequences. With rejected applicants lodging appeals against the department’s decisions, it has probably increased the number of people in Australia who are on bridging visas. (The number of migrants in Australia on bridging visas rose 28 per cent year on year, from 137,000 in June 2017 to 176,000 in June 2018.) And the time visa applicants must wait before getting a decision from the department has blown out. In April 2017, for example, three-quarters of all applicants who applied for the RSMS visa from within Australia could expect an outcome within nine months. Now it is fifteen months. Processing times have also increased in the family stream. In April 2017, three-quarters of permanent partner visas (subclass 100) were finalised within thirteen months; now the wait is seventeen months.

If Home Affairs is required to be more rigorous in assessing visa applications, then perhaps it needs more resources to process them promptly. Or if fewer visas are being granted because the minister wants to use administrative measures to cut migration for political reasons, then perhaps he should own up to this.

The failure — or refusal — to speak plainly and honestly about immigration decision-making only adds to growing public distrust of government and the democratic process. •

Peter Mares is contributing editor of Inside Story, a senior moderator with the Cranlana Programme for ethical leadership and an adjunct fellow at the Swinburne Centre for Urban Transitions. His latest book is No Place Like Home: Repairing Australia’s Housing Crisis. 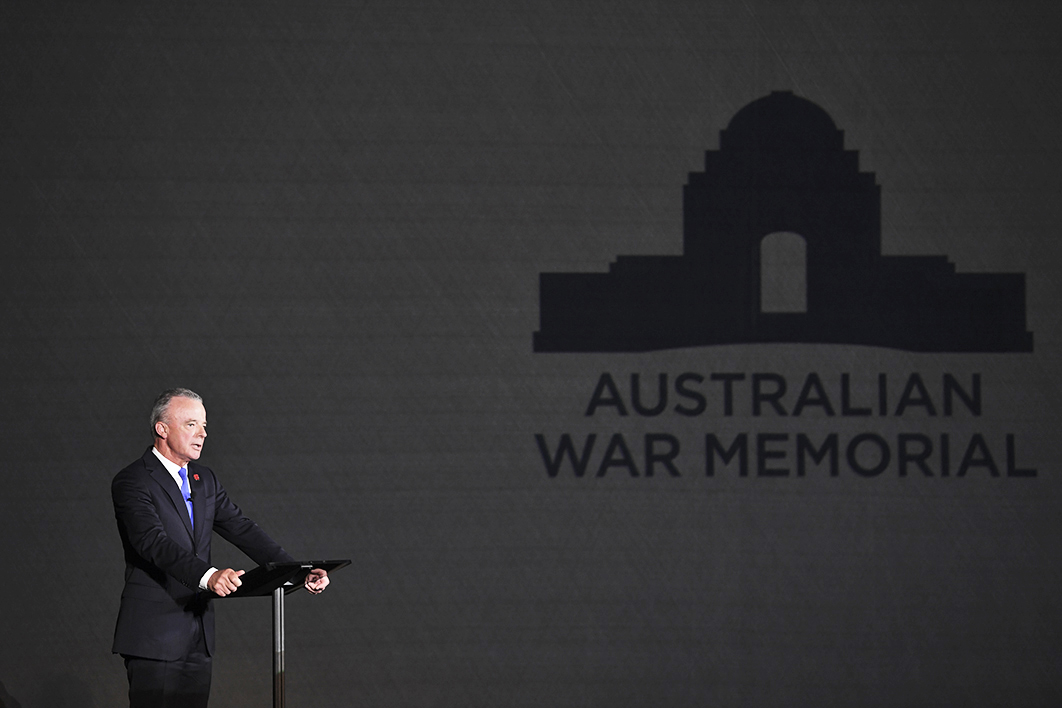