With four elections in twelve months it’s likely that allegations about electoral fraud will surge in 2010. Brian Costar looks at two court cases that exposed a striking lack of evidence behind the claims 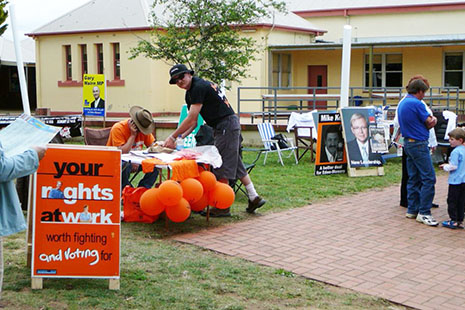 UNLIKE their counterparts in the United States, Australian courts play only an occasional and limited role in federal and state elections. Sections 30 and 31 of the Australian constitution give parliament wide powers to make its own electoral laws, and the courts have generally kept out.

In the United States the protracted battle to ensure that electorates contain roughly equal numbers of voters was eventually resolved in the courts, but on the two occasions when the High Court of Australia was invited to rule on the matter – the cases of McKinlay in 1975 and McGinty in 1996 – it demurred. It did, however, uphold prisoners’ voting rights in the Roach case of 2007, and in doing so identified an implicit right to vote in the constitution.

Since the last federal election, by chance, the Federal Court of Australia and the Supreme Court of Queensland have each ruled on cases of disputed electoral returns. Both involved public pre-trial allegations of vote rigging and both were resolved around matters that had nothing whatsoever to do with electoral fraud.

When it first seemed that the sitting member for the federal division of McEwen, Fran Bailey, had lost her seat to Labor at the November 2007 election by a mere six votes, she disputed the result by pointing to the large number of absent votes cast outside the electorate. She went further and suggested foul play by personation. “They just turn up and say that they’re on the McEwen electoral roll,” she told the Herald Sun. “That’s all they had to do.”

Things calmed down when an official recount gave her the seat by a margin of twelve votes, but heated up again when Labor challenged that result in the High Court in January 2008. The case was delegated to the Federal Court of Australia and judgment was handed down in July 2008. Ms Bailey was confirmed as being duly elected, this time by a margin of twenty-seven votes. Of greater importance was the basis on which the case was decided: no evidence of vote rigging or electoral fraud emerged and the very small number of multiple votes was found to be wholly accidental.

Instead the case turned on the very mundane matter of correctly interpreting the numbers voters marked on the ballot paper when allocating preferences. Was the number 5 really the letter S, or vice versa, the court wondered. Justice Tracey perceptively observed that people mark ballots in so many different ways that “it is not possible to frame prescriptive ‘rules’ to resolve disputes. Value judgments informed by principle are required.” But Ms Bailey remained unconvinced and called for electors to be required to present photo ID at the polling place, despite the question of voter identification having played no part in the case.

Her complaints were mild when compared to the wild allegations of widespread vote fraud which accompanied the legal challenge to the 2009 result in the Queensland state seat of Chatsworth. Instead of an anticipated Liberal National Party victory the seat was won by Labor’s Steve Kilburn by seventy-four votes.

The LNP immediately made allegations of the frauding of absentee ballots and threatened to challenge the result in the Supreme Court. After it did so, Queenslanders were treated to a torrent of lurid allegations. It was said that the dead voted, that there was widespread multiple voting, that the Electoral Commission was incompetent to conduct the ballot, that Laborites impersonated voters and that the electoral roll was so “dirty” that it could not be relied on. A private investigator claimed that a person enrolled at a vacant allotment had voted. Most of these allegations emanated from the LNP and its defeated candidate Andrea Caltabiano, but they were also promoted by some particularly ill-informed and sensationalist journalism. Among those who joined the chorus was Madonna King, a columnist with the Courier Mail who also hosts a daily program on ABC Local Radio in Brisbane.

Given the intensity of this fevered speculation, keen observers might have been forgiven for being puzzled at the opening statement of Ms Caltabiano’s barrister in the Supreme Court on 28 September 2009. Instead of relying on allegations of fraud, Peter Dunning SC simply drew attention to administrative or clerical errors in the voting process. While a few people had “inadvertently” voted twice, he observed, there was “nothing sinister” about it.

As in McEwen, the case then proceeded to examine the administration of the election free of any claims of deliberate fraud. Justice Atkinson found that of the thirty cases of apparent double voting only two were proven and they involved confused elderly residents of nursing homes.

Her honour also found that there were fourteen clerical irregularities but that none of these could have affected the outcome of the election. She added that human error would always occur in electoral processes, but that the Electoral Commission conducted the election “carefully and competently.” Dismissing Ms Caltabiano’s application she increased Mr Kilburn’s winning margin from seventy-four votes to eighty-five. So much for “rorts.”

Why do these two cases warrant attention? Because they are part of a twenty-year campaign by self-interested partisans to undermine confidence in Australia’s electoral system. Their chief allegation is that the electoral roll has been corrupted by fraudulent entries. Not only has there never been any hard evidence adduced to support the charge, but in reality the problem is the exact opposite. While there isn’t any significant number of people on the roll who shouldn’t be there, there are no fewer than 1.3 million eligible Australians who should be but aren’t. Now, that’s a real problem. •

Brian Costar is Professor of Victorian Parliamentary Democracy in the Institute for Social Research, Swinburne University of Technology, and Director of the Democratic Audit of Australia–Swinburne.

National Affairs Cut trade with China? It’s not that easy Adam Triggs 27 October 2020 Treat with care the claims that Australia can readily diversify its trade and investment
Close

The year’s elections: a form guide

Four elections, two changes of government. Peter Brent sticks his neck out in this guide to the 2010 electoral landscape 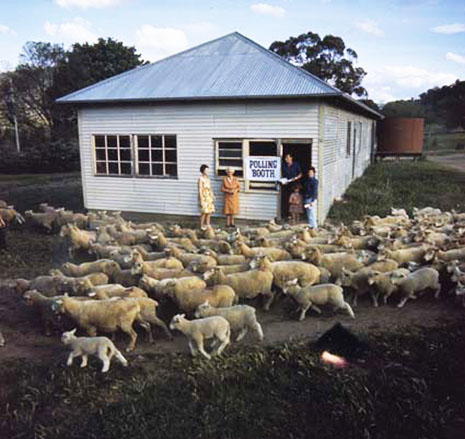