It’s time for funds and a plan to preserve and commemorate this visitor from Ancient Australia, writes Jim Bowler, the geologist who discovered Mungo Man’s remains 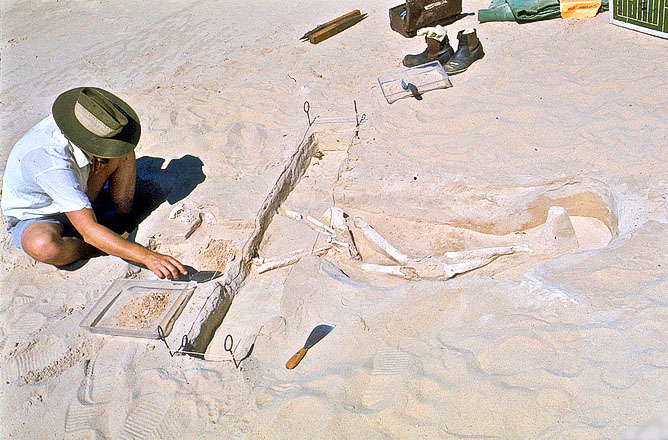 Forty-two years ago, on 26 February 1974, I first encountered the remains of Mungo Man eroding out of the desiccated shores of Lake Mungo. He had been ritually buried over 40,000 years earlier – at a time when the lake was full – by an ancient community that thrived in the fertile environment. The re-emergence of Mungo Man has changed the way we understand Australian history. Together with the earlier (1969) discovery of Mungo Lady, these burials provided the foundations on which the Willandra Lakes World Heritage area was defined and accepted by UNESCO in 1981. That region stands today as Australia’s richest legacy of early occupation. Yet forty-two years later, after decades of constant calls for the return of Mungo Man, none of the responsible state and federal ministers have committed to caring for these sacred remains.

In November last year, a repatriation group of Indigenous representatives took the first step towards Mungo Man’s return. The 40,000-year-old human remains, along with the more fragmentary remains of some ninety other individuals from the Willandra Lakes area, were transferred from the Australian National University to the interim storage of the National Museum of Australia. After years of frustration, the traditional owners of the Willandra Lakes area – the Mutthi Mutthi, Ngiyampaa and Paakantji tribal groups – reluctantly decreed that unless appropriate keeping arrangements were made by the end of 2017, they will dispose of all Willandra remains, with the possibility of complete reburial. The possibility that the remains of Mungo Man may not be laid in a formal place – an underground sacred crypt with above-ground recognition of the dead, perhaps, in memory of deceased Elders and of those thousands who fought in defence of their lands – should stir the nation’s conscience.

Mungo Man is acknowledged worldwide as the centrepiece of our evidence of ancient Australia. He has featured in documentaries, novels, histories and scientific papers, and he has given us an insight into life in ancient Australia through paleopathology, DNA analyses, and studies of isotopic bone and teeth structures. Moreover, the ritual nature of his burial has changed our understanding of the time-depth and complexity of Aboriginal culture. The body was coated (or heavily sprinkled) with rare ceremonial ochre – the blood-red symbol of life – which had been imported from distant sources. His grave was associated with a nearby hearth, from which smoke might have drifted over the assembled mourners on the lakeshore. The discovery stands without equal on the global stage. Politicians who frequently claim occupancy with members “of the world’s oldest continuing cultures” are denying a keeping place to the very person who provided the historical substance of that claim. The Australian nation awaits his return home.

In Mungo Man, the interaction of climate and people come together. The cultural implications of his burial reflect complex relationships with his environment. The central function of ochre, the association with fire, and the careful details of the grave emplacement combine to define a community with connections to the land they loved. Such evidence resonates with Aboriginal connections to country today. There is great dignity here in that people–land relationship. Exemplified today in the Dreaming, song lines and creation stories, it remains of central importance in helping define traditional people’s identity with and connection to the place they call home. White Australians have something important to learn from our Aboriginal cousins.

Stan Grant’s passionate reminder of our shameful treatment of Aboriginal Australians, and subsequent discussions of our national identity have touched new sensitivities in the fraught relationships between Aboriginal and white Australia. Two centuries of failure to acknowledge the magnitude and pain of dispossession have come back to confront us. The neglect of the human remains of Australia’s oldest identity, Mungo Man, adds yet another dark stain to our relationships with the first Australians. We now must seek new opportunities to restore fractured bonds, to help heal at least part of the pain inflicted on the original occupants of this land.

This year marks the centenary year of the Somme and we honour the memory of those who died on the Western Front during the first world war. It is where my father spent two harrowing years navigating duckboards and dodging shell holes in Amiens and Villers-Bretonneux. A century later, the deaths of the tens of thousands of Aboriginal men and women who died in defence of their land await their memorial occasion. The continued absence of facilities in memory of Mungo Man and all he represents pales against the $100 million Villers-Bretonneux Educational Centre Tony Abbott unveiled last year. While the honouring of our war dead is essential, what is sacred in France demands equality at home.

Unless immediate steps are taken to ensure adequate accommodation for sacred items that amplify and help define the meaning of human occupation of this continent, the iconic figure of Mungo Man could be lost forever. We have but eighteen months to ensure safe passage. The repatriation process needs realistic funding and a discretionary commitment to World Heritage management to ensure it takes place. Without state and federal assistance, the Indigenous repatriation group will be forced to rebury the remains of Mungo Man instead of preserving them for future generations in a sacred keeping place.

We are dealing here not just with an assemblage of ancient bones, but with the dignity and cultural richness of our Aboriginal brothers and sisters. As a nation, we need to seize this opportunity to release Mungo Man from his custody. The return and celebration of Mungo Man will set us on a course to heal those bleeding wounds Stan Grant so eloquently defined. It is an act of recognition to Indigenous Australians of the nation’s debt to their ancestral history. •

Yes, we have no bananas

Paul Keating might yearn to relive his version of political history, but we don’t need to encourage him, writes Peter Brent 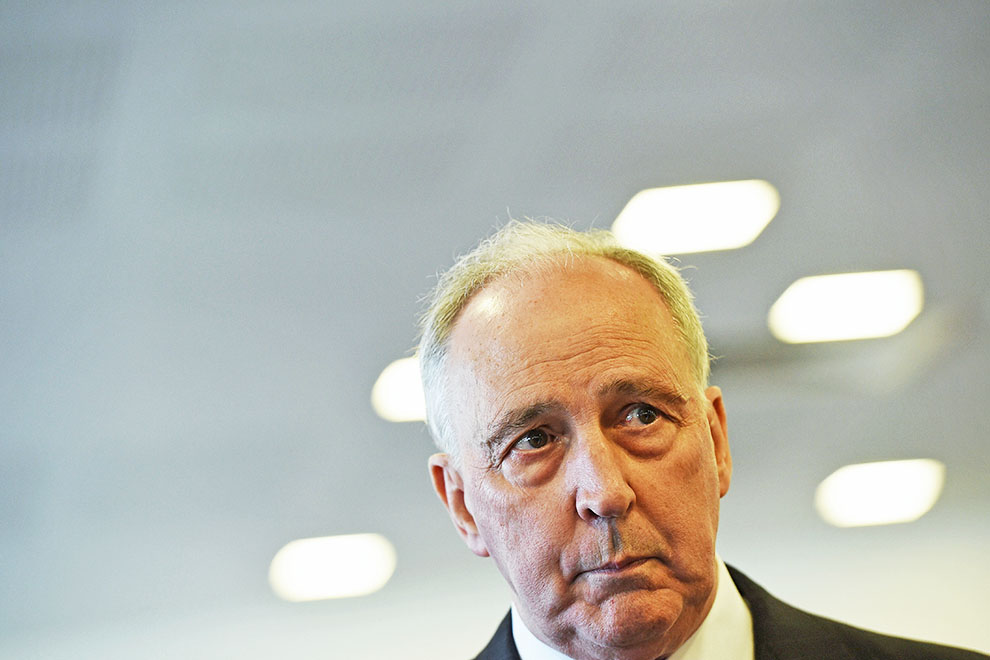