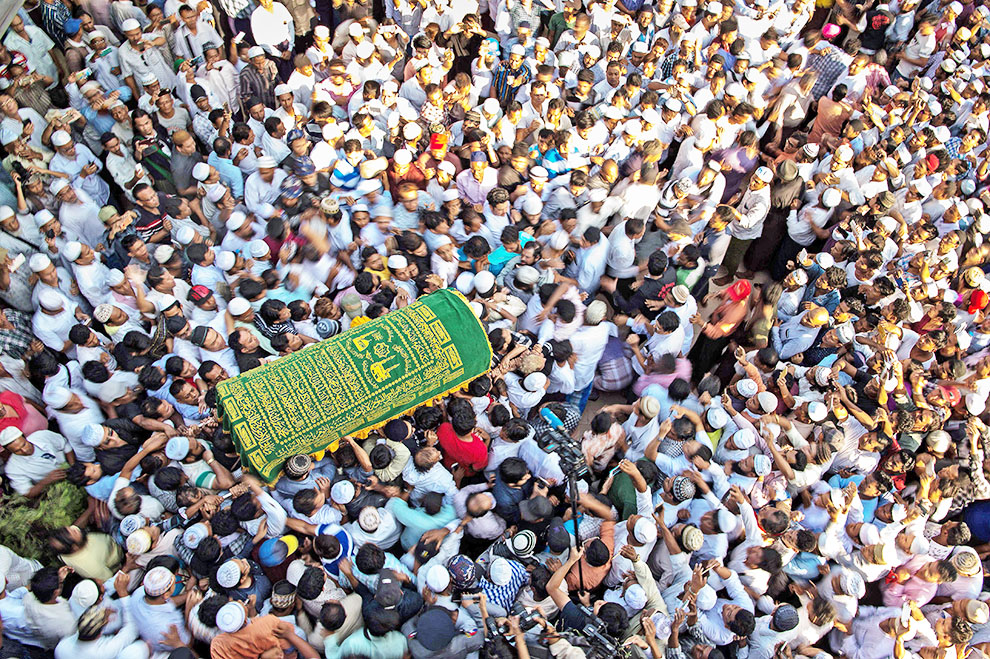 Myanmar’s state newspapers have been thick in recent weeks with special sections explaining the achievements of Aung San Suu Kyi’s National League for Democracy during its first year in government. Full of facts and figures on the bridges and roads that have been built, the national identity cards issued and the criminal cases solved, they make scant mention of the country’s key political challenges: Rakhine State, the peace process and power sharing with the military.

The reports are reminiscent of an era when the military government used the state media to burnish its nation-building credentials. Few were convinced then and few are likely to be convinced now. In fact, reading the state-run papers it’s hard not to conclude the opposite of the intended message: that little has changed over the twelve months since the NLD was sworn in on 30 March 2016.

There’s a growing consensus that the new government has failed to deliver on the promise of change that swept it to power in a landslide. Expectations were impossibly high in the aftermath of its election victory, of course, but even those who recognised the challenges faced by the fledgling government have been disappointed.

To some extent, the blame rests with forces beyond the government’s control. Its honeymoon period lasted barely six months – until the early hours of 9 October, to be precise. Shortly after midnight, hundreds of Rohingya Muslim insurgents armed with sticks and swords staged surprise attacks on border outposts in northern Rakhine State, killing nine police officers and seizing a cache of weapons.

The worst fear of many – that decades of oppression and hopelessness would foment an insurgent movement – had come to pass. In an instant, the incremental progress that the NLD was making in Rakhine State had been undone. The military was sent in on “clearance operations,” reports of horrific abuses followed, and more than 70,000 Rohingya fled over the border into Bangladesh.

But more was to come. In the following months, a coalition of armed ethnic groups launched surprise attacks on military positions in northern Shan State. The government briefly lost control of a town on the Chinese border, with more than 100 people thought to have been killed.

In late January, a key legal adviser to the NLD, Ko Ni, was shot at point-blank range at Yangon International Airport. The military-controlled police force soon arrested four suspects, including several former officers from the Tatmadaw – the Myanmar military – whom they accused of having been motivated by a personal grudge against the Muslim adviser. But many suspect that the military – or at least more senior officials – were involved, and that Ko Ni died because of his renewed push to amend the country’s constitution. We will almost certainly never know the truth.

With the killing of Ko Ni, Myanmar’s transition lost whatever remained of its innocence. Those behind the attack had sent a powerful message: politics remains a dangerous game in Myanmar, and proximity to Aung San Suu Kyi doesn’t guarantee anybody’s safety.

Internationally, Myanmar is seen increasingly through the prism of the tragic events in northern Rakhine State, where the Tatmadaw has been accused of serious human rights abuses against the Muslim population. Because the military operates autonomously under Myanmar’s constitution, the government has little ability to influence or respond to recent events in northern Rakhine State.

More concerning is the government’s performance in those areas it does have control over: managing the economy, improving service delivery, leading the peace process, reforming the civil service and fighting corruption. Clear policies or initiatives have been rare, and many of the main achievements – such as the introduction of a new investment law – were the continuation of processes started by the former government.

Some close to the government insist that concrete policies are being formulated behind the scenes and will bring results in time. Most of the relatively straightforward reforms, low-hanging fruit like releasing political prisoners or floating the currency, were picked off early by the previous government. Those that are left – the big structural reforms, like increasing tax revenue or healing ethnic tensions – will take years, if not decades.

But the criticism of the NLD is less about the lack of results than about its approach to governing, including poor communication, centralised and authoritarian decision-making, and a lack of proper prioritisation of reforms. These are common complaints among the elites in Yangon and the capital, Naypyitaw – the diplomats, civil society leaders, politicians, law-makers, journalists, advisers, consultants and analysts.

Take a recent example. In early March, the government announced plans to reduce the annual water festival holiday, held in mid April, from ten to five days, because the length of the break was damaging to the economy. Unsurprisingly, this snap decision prompted much public anger, and the government began issuing confused statements that suggested it was rethinking the plan. It is sticking by the five-day schedule – at least for now – despite some sizeable protests from workers in industrial zones.

Quite why the NLD felt that now was a good time to pursue such an unpopular and largely unnecessary change is unclear. But incoherent decisions like this – and there have been several of late – are undermining trust and confidence in the NLD administration. There is also a fear that Aung San Suu Kyi is squandering her political capital.

Aung San Suu Kyi bears a significant amount of responsibility for the government’s failings. As state counsellor ­– a position created by Ko Ni to work around her ineligibility for the presidency – all power is essentially concentrated in her office, slowing down decision-making on even the most mundane matters.

The poor communication stems largely from Aung San Suu Kyi’s personal aversion to the media and journalists. Since her election victory, she has held only a handful of press conferences inside Myanmar, typically alongside visiting dignitaries. She appears an isolated figure, cut off from much of the country and surrounded by a small cabal of trusted advisers.

Perhaps the best that can be said is that the country has not imploded. The government has a workable, if sometimes strained, relationship with the military. It has maintained fiscal stability amid some powerful economic headwinds. Its cautious budget for the 2017–18 financial year, which begins 1 April, has at least kept the likes of the International Monetary Fund and World Bank happy.

Despite all this, it’s unclear how the people of Myanmar – two-thirds rural, one-third ethnic minority, mostly Buddhist and conservative – feel about their government. Virtually no opinion polling is conducted, so we have to go on gut feeling, anecdotal reports and what we read on Facebook.

We might soon get a glimpse of the national mood, albeit an imperfect one. On 1 April, up to 1.7 million voters in nineteen constituencies will vote in by-elections, mostly for seats in Yangon, the largest city and commercial capital, and Shan State. The constituencies to watch include Hlaing Tharyar, an impoverished industrial area of western Yangon that NLD won by a huge margin in 2015; Ann, in Rakhine State, where the leader of the powerful Arakan National Party is seeking a return to parliament after his shock loss in the last election; and Chaungson, in Mon State, where thousands of residents recently protested over the naming of a bridge after Aung San Suu Kyi’s father, independence hero Aung San.

There are reasons not to take the results too seriously. As a member of the government, Aung San Suu Kyi is barred from campaigning. This has diminished interest in NLD campaign events; rallies in Yangon have attracted just a few hundred supporters. Little is at stake because the party has such a large majority already. Most of the seats in Shan State were not contested in 2015 as a result of security concerns, so we have little data with which to compare.

But if the NLD vote drops even moderately compared to 2015, it will pile more pressure on a government that is struggling for momentum. A cabinet reshuffle sometime after the vote seems inevitable; several ministers have proven incapable of fulfilling their roles.

The future of the government rests largely on the decisions made by Aung San Suu Kyi and her senior advisers. If they recognise and acknowledge that some of the current strategies are not working, there is time to get back on track. After all, we are only one year into a five-year term.

But if the first twelve months are any guide, Myanmar is in for a turbulent few years. •

Thomas Kean is editor-in-chief of the Yangon-based weekly, Frontier Myanmar.