Nearly three decades of economic growth — and yet… 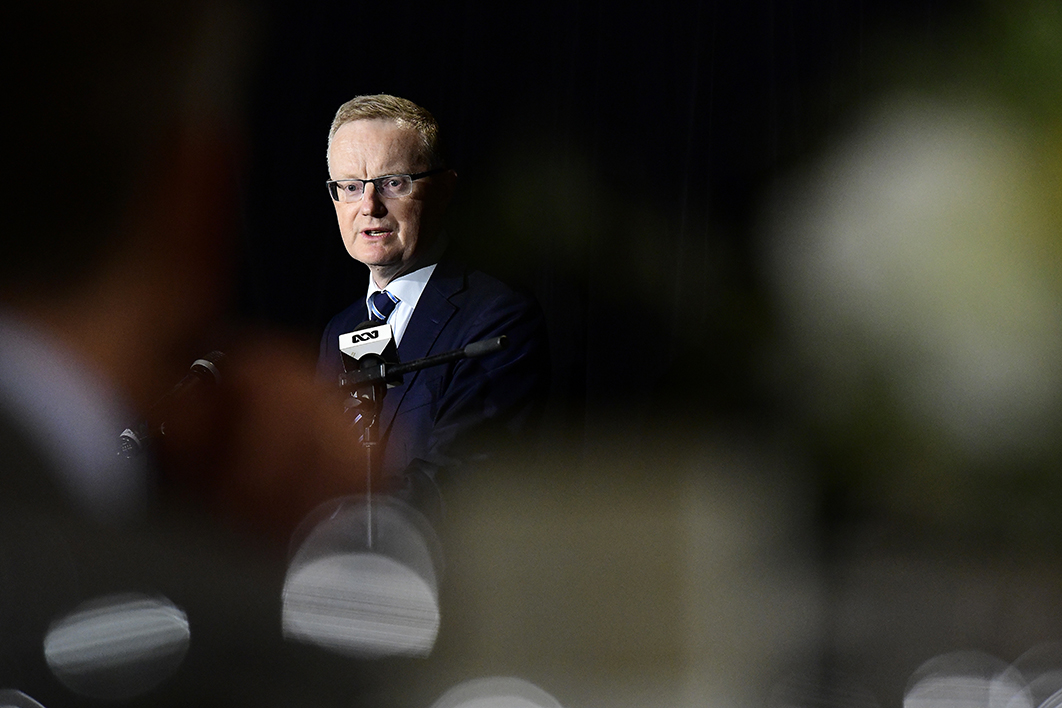 Though we are soon to begin a twenty-ninth year of uninterrupted economic expansion, Australians are more than usually doleful about their circumstances. The most recent Westpac survey of consumer sentiment reports a sharp decline in expectations about the economy over the next twelve months, and financial markets expect more rate cuts from the Reserve Bank — not usually a sign of a robust economy.

Nor is the gloom entirely unwarranted. Exports are doing well, but the growth in business investment is flat. Home building, which has supported jobs and incomes over the last five years, has topped out and will soon fall. Slow wage growth and high mortgage debt are inhibiting household spending. Government investment has helped, but even at today’s high levels it is less than one-twentieth of GDP.

These circumstances don’t suggest a recession is imminent, but they do present a picture of disappointingly low growth in living standards. The Reserve Bank is responding with lower interest rates, and the government with tax cuts. What difference will these responses make?

After a long period of no change the Reserve Bank has cut its cash rate by 0.5 per cent over the past two months. It may well do more. We now know that the bank would like to get down to 4.5 per cent unemployment, from 5.2 per cent today, so long as inflation “is not a problem.” If inflation is below the 2.5 per cent target and not markedly accelerating, and if unemployment is above 4.5 per cent — which probably won’t happen for quite a while — the bank could in principle be prepared to cut further.

Somewhere, however, there is a floor to the rate commercial banks charge on loans, and therefore a limit to their capacity to hand on rate cuts. This is largely because banks pay a zero or near-zero rate of interest on a large part of the funds they hold on behalf of households. Those deposits are always roughly equal to the stock of owner-occupied home lending, and most of them pay little or no interest. The cost of holding these deposits is not reduced by a lower Reserve Bank policy rate because the funding is nearly free anyway. If the banks cut their lending rates further they are cutting profits. The lower the policy rate, the more unwilling commercial banks will become to reduce loan rates in response.

The lowest likely cash rate is therefore said to be 0.5 per cent. Whether that is the actual floor we might discover in coming months. If it is, the total possible cash rate cut in this easing episode is 100 basis points, or 1 per cent, and we are halfway there.

The Reserve Bank also has the capacity to reduce long-term fixed interest borrowing rates by purchasing longer-term securities. It did so during the 2008 crisis. But that was more in the nature of balance sheet and liquidity support for institutions in a frozen market. The bank recognises that, other than borrowing by governments, most Australian loans are priced using short-term interest rates. Reducing long-term borrowing rates won’t have much impact, particularly given that government bond rates are already at a record low.

Would a rate cut of 1 per cent make a discernible difference to economic activity? The rate cuts will make little difference if the commercial banks don’t reflect them in lower lending rates. Even if they do, the magnitude of the feasible cuts is quite small. From 1.5 per cent to 0.5 per cent is 100 basis points. In the earlier phase of this episode the bank was able to start off from a cash rate of 4.75 per cent at the end of 2011 and bring it down to 1.5 per cent by August 2016. This 325 basis point cut not only raised household disposable income but also stimulated a boom in house prices and then in house construction that significantly contributed to offsetting some of the downturn in mining investment. It also took the Australian dollar down from US$1.10 to US$0.70, considerably helping Australian exports. Yet business investment fell, inflation fell, and wage growth fell — all issues to which the bank is now responding. If 325 basis points didn’t stimulate wage growth and inflation, 100 basis points won’t either.

The earlier rate cuts were associated with a faster rate of jobs growth from early 2014. But that faster rate has continued. The additional rate cuts might help, but as the bank itself says, jobs growth is pretty good anyway.

This new round of rate cuts cannot match the earlier round, either in size or in the type of impact. No new upswing in housing construction is likely in a market that is well supplied for the moment, and with migration slowing. In the year to May, approvals for new private house construction fell by nearly a third. It is already the case, as Reserve Bank governor Philip Lowe spelled out in his statement announcing last week’s cut, that “borrowing rates for both businesses and households are at historically low levels” and the Australian dollar is at the “low end” of its recent range. The change in the value of the currency after his announcement was very modest.

It is true that household borrowing is higher now than it was in 2011, magnifying the impact of the rate cuts on household income available for other spending. Yet even the impact on household spending of a 100 basis point cut in total (assuming we see two more 25 basis point cuts) would be fairly modest. Contrary to the widespread belief, most households are not stretched by mortgage payments. Despite the rise in household debt, interest payments as a share of household disposable income are no higher today than they were in 2003, and much lower than a decade ago. Housing interest rates have gone down more than borrowing has gone up.

The stock of variable rate owner-occupied loans is roughly equal to annual household disposable income. If the banks passed through to existing loans the whole of a one percentage point cut in the cash rate, household disposable income (that is, net of mortgage interest) would increase by something like 1 per cent. This is not an insignificant increase, though some of it would be matched by a corresponding fall in rates paid on household deposits, some of it might be saved, and any increase in consumption would anyway be spread over a year or two. The 325 basis points in cuts from 2011 to 2016 do not seem to have had any marked impact on household consumption, though it’s true they may have prevented it slowing more than it did.

As for the tax cuts, at $7.2 billion for this year they are roughly equal to a 0.6 per cent addition to household disposable income. This might make some difference to the rate of growth of household consumption this financial year. But we need to bear in mind that the federal budget papers show that personal income tax as a share of household income will increase despite the tax cuts, that personal income tax per head will increase, and that government tax revenue will increase faster than government spending. Overall the budget stance remains contractionary. The tax “cuts” are really a reduction in the rate of increase of tax revenue. Even with them factored in, the budget forecasts that tax revenue will increase $18 billion or 4 per cent this year — somewhat faster than the likely growth of household disposable income. The overall impact of tax this year will be to moderate any increase in household consumption.

As Phillip Lowe explained, a rationale for the new round of rate cuts is the bank’s discovery that unemployment could fall to 4.5 per cent without “inflation becoming a problem.” Although it may be wondered whether senior bank officials ever really thought 5 per cent unemployment was as low as it could go without accelerating wages growth, this is a perfectly good rationale. After all, if inflation is quite low, if wages growth is low, and if home prices are no longer rising, why not see if even lower interest rates make a difference? This at least conveys a sense that the bank is doing its best to help. But what really matters, as the bank once used to say, is not the change in the rate but the level. At 1.5 per cent, the policy rate was already very low indeed. The main contribution monetary policy can now make it to keep the rate low until it becomes inconsistent with rising inflation.

The basic problem for the bank is that the causes of Australia’s slow growth are beyond its influence. It can ameliorate the impacts but it can’t solve the problem. It could not stop the big decline in mining investment from 2012 to now. It can’t solve today’s underlying problem, which is low growth in output per hour worked, or labour productivity. That these indicators are low is probably due partly to declining business investment in recent years, partly to the relatively rapid growth of jobs in industries such as health and education with relatively slow productivity growth, and partly to either a slowdown in technological change or its mismeasurement.

This is a problem we share with most advanced economies, and it has so far proved beyond the wit of central banks or governments or business leaders. Spending on transport infrastructure to ease bottlenecks would help, as Dr Lowe frequently suggests. Doing more on workplace skills and on the quality of education would help, as the Productivity Commission suggests. So would sorting out the healthcare system, another Productivity Commission suggestion. But these reforms would make a difference over many years, not the next few. Meanwhile we should be wary of touted changes in the tax mix and the industrial relations framework, almost all of which are designed to advantage one group of Australians over another without adding to the common prosperity.

For all that, some good things have been happening, largely unnoticed, in the Australian economy. One is that two-thirds of Australians over fifteen, a bigger share than ever in our history, are either working or looking for jobs. Jobs growth has been strong. Another is that not only is Australia running a surplus on trade with the rest of the world, it is running the biggest-ever trade surplus and also the lowest current account deficit for quite a while.

Nor have the twenty-eight years of growth passed without consequence. On average, Australians command four times the real wealth per head they commanded in 1991, when the long expansion began. Our real income per head is two-thirds higher. Output has much more than doubled. So long as employment is increasing, a spell of low productivity growth that neither the Reserve Bank nor the government can fix is something we can manage. •

John Edwards is a Nonresident Fellow at the Lowy Institute for International Policy and an Adjunct Professor with the John Curtin Institute of Public Policy at Curtin University. He is a former member of the Board of the Reserve Bank of Australia.