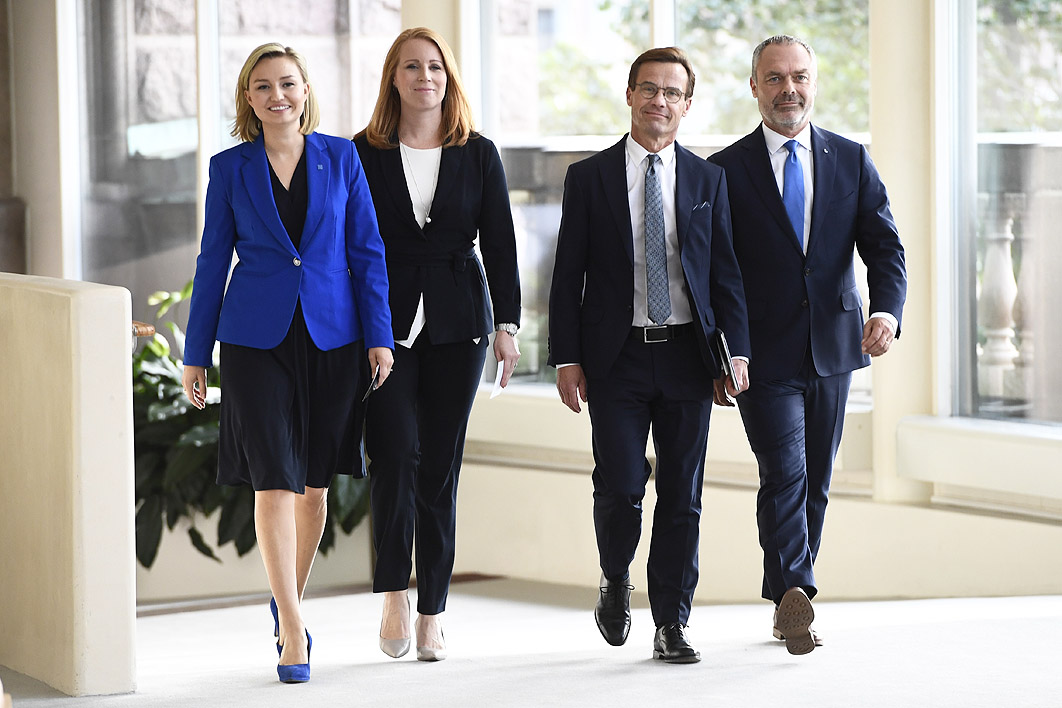 Sweden’s general election was the earthquake that didn’t happen. Expectations of a drastic shift were high in some media outlets: perhaps, they thought, a right-wing xenophobic party could win the biggest share of votes. But the Sweden Democrats didn’t finish first. Nor second. They came in at third place. Once again — as at every election since 1917 — the Social Democrats captured the biggest share of votes. Second place went to the Moderate Party.

But that isn’t the end of the story. Eight years ago, the Sweden Democrats entered parliament with 5.7 per cent of the vote. This time, they tripled that figure to 17.5 per cent. Not a major earthquake, but a significant tremor. What will happen eight years from now, in the general elections of 2026?

The answer might hinge on how the other parties handle the complicated parliamentary situation. The current prime minister, Social Democrat Stefan Löfven, will most likely resign in a few days, although his party only lost a few percentage points and still received 28.3 per cent of votes — not a bad result for a governing social democratic party in today´s Europe. Löfven’s coalition partner, the Greens, fared worse, receiving only 4.4 per cent.

What the rise is the Sweden Democrats has done is break down the old system, which saw two alliances competing for power. One of those alliances, on the centre-left, included the Social Democrats, the Greens and the Left party. The other, the centre-right, took in the Moderates, the Liberals, the Centre Party and the Christian Democrats.

Neither of the alliances now has a majority. The centre-left won 144 seats and the centre-right 143, leaving the Sweden Democrats, on 62, with the balance of power. It can choose to vote with either of the two, and thereby stop the other one from governing.

To avoid giving this xenophobic party this much influence during the previous parliament, the four centre-right parties that make up the Alliance for Sweden — the Moderate Party, the Centre Party, the Liberals and the Christian Democrats, with a combined 40.3 per cent of the vote — chose not to oppose the government’s budget or support a vote of no-confidence in the prime minister. During this year’s election campaign, the Alliance made clear that it will not be so generous during the coming term.

So, what happens next?

The speaker of parliament plays a key role by assigning to one of the main contenders the task of trying to form a government. (Sweden does not have a president, and the king has only a ceremonial role.) A key factor here is Sweden’s constitutional principle of “negative parliamentarism,” according to which a new prime minister doesn’t need majority support in parliament to be elected. It is enough that no majority exists in opposition to the speaker’s proposal.

Most likely, the first attempt to form a government will be made by Ulf Kristersson, leader of the liberal-conservative Moderate Party. The Moderates lost many seats in the election, but they are still the biggest party in Alliance for Sweden. The problem for Kristersson is that the Sweden Democrats have declared they will vote against such a government if one of its four parties, the Centre Party, refuses to give up its pro-immigration stance.

This will test promises made during the campaign. Will the Moderates choose the same path as their sister parties in Denmark and Norway, and cooperate with a right-wing, xenophobic party? In Sweden, where the Sweden Democrats have their roots in the Neo-Nazi movement, this issue is even more controversial. Kristersson has declared he will not cooperate with the party, but will he keep his promise?

The Centre and Liberal Parties will also have to show their cards. Both parties have said they won’t take part in a government dependent on the Sweden Democrats.

The Social Democrats, meanwhile, who are trying to convince the Centre Party and the Liberals to join a new governing coalition, might need to decide whether to join or support a centrist government instead, even if they don’t get the post of prime minister. In other words, they are facing the difficult choice of whether to compromise in order to stop the Sweden Democrats from gaining influence, or to go into opposition and advocate policies that increase their appeal to working-class voters.

With the speaker having four opportunities to propose a new prime minister to parliament, this political game might well go on until November. If none of these attempts is successful, there will be a new election — a prospect only the Sweden Democrats are openly welcoming.

Perhaps Liberal Party leader Jan Björklund is right in saying that hands will only be revealed when the fourth and final effort is made to form a government. Perhaps Björklund himself, or Centre Party leader Annie Lööf, could then repeat what Liberal leader Ola Ullsten did in 1978 — form a one-party government that has only a small number of seats but is able to manoeuvre bills through the Riksdag by negotiating with different parties. Or, less likely, perhaps the Alliance for Sweden will form a government sooner but then face great difficulty in getting through its budget.

Not surprisingly, speculation is intense. But the focus on the many possible permutations risks obscuring broader and more important issues.

The most fundamental question is whether the shift to the right in Swedish politics is permanent. Together, Alliance for Sweden and the Sweden Democrats received 60 per cent of votes. A clear majority exists in parliament for legislative changes that would weaken trade unions and reduce wages.

For now, though, the Swedish welfare model retains strong support. But what will happen after four or eight years of uncertainty and a series of watered-down compromises that don’t solve growing problems of economic inequality and cultural segregation?

Sweden is a wealthy nation, but it faces deepening challenges, including the need for increased welfare spending to match a rapidly growing population. Whichever parties participate, the next government is likely to be a weak one. There is also a risk that political compromises will hinder adequate investments in social cohesion. Support for the Sweden Democrats might then rise, with already vulnerable groups feeling threatened by the increasing healthcare and housing needs of immigrants. For their part, these immigrants are doing much of the low-paid work and often face discrimination.

The election might have been a backlash against the centre-left parties in government, but the Swedish model is certainly not dead. Judged internationally, the country’s trade unions are still strong, with the high level of membership among blue-collar and white-collar workers a decisive factor in maintaining the Swedish social model. The success of the Left Party — up from 5.7 per cent in 2014 to 8.0 per cent this month — is also notable: although this former Communist Party has been outside government, it has been able to influence policy through cooperation on the budget.

Will the labour movement be able to offer more attractive proposals for blue-collar workers and others on low incomes throughout Sweden? In an article for Inside Story eight years ago I argued that Social Democrats must reconnect with their core voters and not merely target middle-class voters in major cities.

Today, after one in every four organised blue-collar worker voted for the Sweden Democrats, the need to reconnect seems even more vital. But the insight has to be transformed into a policy shift by the leadership of the Social Democrats, without losing sight of why Sweden’s inclusiveness and ability to adapt to new circumstances has been so successful. In economic policy, for example, the blue-collar trade union confederation has for a long time been arguing for more public investment, but that conflicts with the current government’s priority of maintaining a budget surplus in order to reduce what is already a low official debt.

How the labour movement and other progressive forces deal with current challenges will decide the outcome of the next election. And that will play a key role in determining whether right-wing populism continues to grow. •

Mats Engström is a former editorial writer at the Swedish newspaper Aftonbladet.

Summer reading from the archive

Carolyn rented, Peter purchased, and then the market (and bad government policy) took over 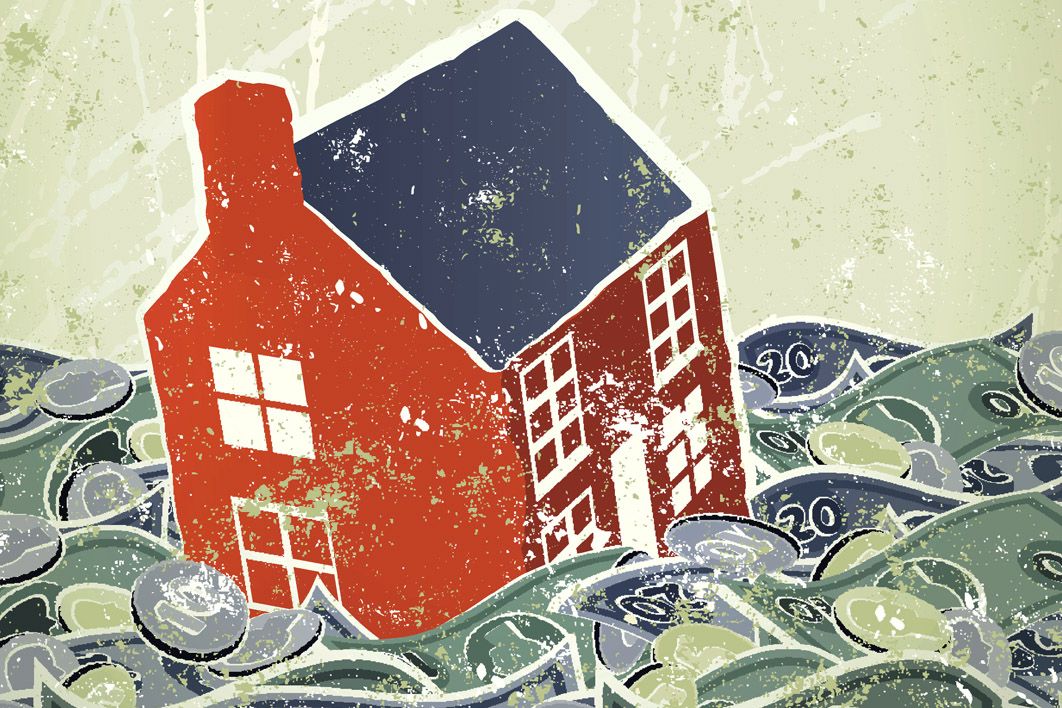