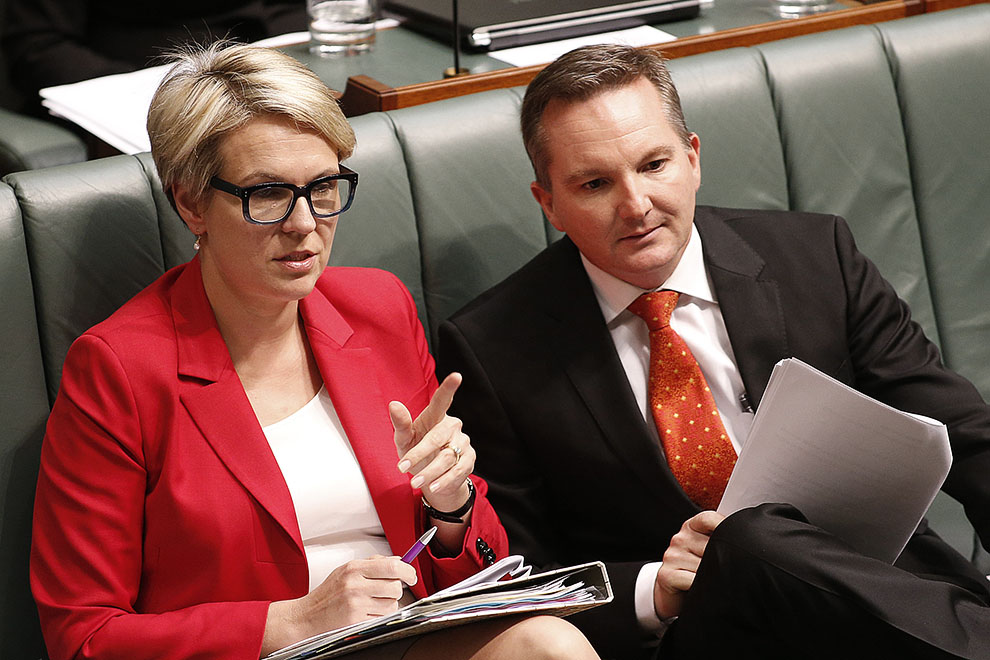 One of the predictable consequences of Malcolm Turnbull’s triumph over Tony Abbott has been a renewed focus on Labor leader Bill Shorten, with (equally predictably) some Labor partisans advocating his replacement by the man he beat in the party ballot, Anthony Albanese.

The new procedures for electing the Labor leader are in their early days, but one of their possibly unintended consequences is that the defeated candidate lingers on as a live alternative for those disenchanted with the initial decision. This is especially the case when the grassroots membership convincingly backs the defeated candidate, in this case Albanese, allowing him to retain his standing as some sort of “people’s choice.” Even though no MPs have indicated an interest in challenging Shorten, Albanese’s previous candidacy appears to bestow on him the status of a kind of leader in waiting.

Whether he would be a more effective leader is a moot point. Certainly, he is more aggressive and robust than the wooden Shorten, but while these qualities will always play well with the base, they are a less certain advantage with swinging voters, who often find partisan aggression a turn-off.

While Abbott was prime minister, an Albanese candidacy possessed a certain logic: fight fire with fire; pit a fierce tribal Labor partisan against a fierce tribal Liberal partisan. Albanese’s rough-around-the-edges persona was no real liability against someone so lacking in class and sophistication as the slogan-fuelled, eloquence-averse Abbott.

But Turnbull’s election probably renders Albanese a less attractive alternative. By his own admission, Albanese likes “fighting Tories.” Leaving to one side the cringe inherent in the use of the English nickname for conservatives (how many voters under forty would know what a Tory is?), the electorate is probably more interested in what leaders stand for than what they oppose.

As leader, Albanese might find irresistible the temptation to assail Turnbull as an out-of-touch, super-rich toff, the stereotypical class enemy. To be fair, that temptation may not be restricted to Albanese: it is possible that many Labor geniuses regard a class-based assault as Plan A, or at least Plan B. But the idea is fatally flawed. Outside the Labor base, there is simply no evidence of an appetite for such a critique. While Australians may be less in thrall to wealth than are Americans, Turnbull is a self-made man whose success constitutes no electoral liability of any sort. He is no Gina Rinehart.

As I suggested in an earlier article, it is Bill Shorten’s misfortune that the Abbott government’s chronic ineptitude raised expectations of a Labor victory at the next federal election, expectations that in normal circumstances would be seen as both unrealistic and unreasonable. Since 1931, all first-term Australian federal governments have been re-elected, and a first-up opposition leader who secured a half-decent swing (which is also the historical norm) and didn’t scare the horses too much could be assured of keeping the job. No such solace is available to Shorten: nothing short of a win will see him remain as Labor leader.

Of course, some critics would prefer that Shorten not even contest the next election as leader, that he be replaced by someone able to generate higher personal approval ratings. Shorten-led Labor might have routinely led Abbott’s government in the polls, but the personal approval polling battle was something of a nil-all draw. Early post-Abbott polls suggest that there is still a competitive two-party contest, but Shorten trails Turnbull by so much in the personal approval stakes that the leadership factor can only assist the government in the lead-up to the election and during the campaign.

Shorten would not be the first federal Labor leader to be rolled without being allowed to contest an election (Simon Crean has that dubious honour), and the Liberals have had three (Alexander Downer, Brendan Nelson and Turnbull Mark I), but for Labor to cull yet another leader in such circumstances would invite caricature and ridicule: the revolving door metaphor would scarcely be adequate. Moreover, Labor’s new leadership rules render the process of change a little more complex than a knock on the door from some latter-day version of Julia Gillard: effectively, a strong factional consensus would be needed to secure the 60 per cent no-confidence vote in caucus (or 75 per cent if the party were in government). There is possibly a point where the party has to stick by its decision and allow its leader to be tested in an election. Sometimes, people can surprise (see Liberal opposition leader Andrew Peacock in 1984).

Still, if the momentum for a change grows, are there alternatives to Albanese? Deputy leader Tanya Plibersek has her supporters and is an impressive performer, but she may be reluctant to subject herself to anything resembling the sexist onslaught directed against Julia Gillard. While conventional thinking would have seen Abbott as the leader most challenged by a female opponent, Turnbull might find such a situation a little more interesting. Already, Plibersek has sought to nail him for “mansplaining” in parliament, and there can be a thin line between Turnbull’s confident, articulate advocacy and a perception he is lecturing or patronising. Plibersek is the opponent most likely to exploit that tension.

Shadow finance minister Tony Burke is also mentioned in leadership speculation, but it appears that his role as manager of opposition business has left him with less opportunity to make a mark in the policy area.

There is a case for shadow treasurer Chris Bowen – articulate, presentable, able to master a brief, and with a touch of style and wit. His economic literacy would be a considerable plus given the reality that economic management is likely to be the dominant issue in the next election (as it is in all elections), with Turnbull far more capable than Abbott of prosecuting an economic argument. Labor may try to make “fairness” the key issue, but that will only be possible after it has achieved threshold credibility on overall economic management, and debt/deficits specifically. In whatever role, Bowen is critical to the task.

The fates have turned on Bill Shorten. This is not quite Malcolm Fraser suddenly facing Bob Hawke rather than Bill Hayden in 1983, but the game has certainly changed. He finds himself with a by-election result rendered more modest by Abbott’s departure, whereas in “normal” circumstances, Labor would probably not have even fielded a candidate in the safe Liberal seat. And the trade union royal commission has converted the narrative of Shorten the moderate trade union leader, working cooperatively with business, into the story of a wheeler and dealer who sells out his members.

Abbott’s departure means at least the partial resumption of normal transmission within federal politics, with some of the conventional advantages of incumbency back in operation. True, Turnbull must overcome a reputation for poor judgement, and his need to appease his right-wing party opponents will limit policy options (a chink of opportunity for Labor). But, regardless of who leads Labor, if this first-term government loses office it will be as a consequence of its own weaknesses, not the strength or otherwise of its opponents. •