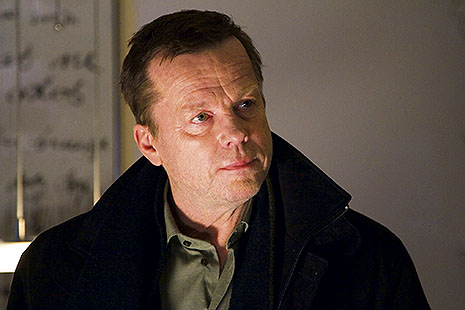 KURT WALLANDER spends a lot of time trudging along the beach near his house. The sea is cold and choppy; the sky is grey. No wonder he looks morose. And then there’s his job.

Wallander is head of the criminal investigation department of the Ystad police. Ystad is a small, picturesque coastal town in southern Sweden. The landscape is bleak. The wind is blustery. The locals are surly. Poland is just over the horizon – and Latvia and the rest of them. The ferry to Denmark is a few kilometres down the road. This is frontier territory, a Baltic Texas. You never know who’s lurking about. They get an awful lot of murders in Ystad. Real puzzlers.

Police work has consumed Wallander’s life. His personal skills are hopeless. Loneliness weighs heavily upon him. Emotionally constipated, he sits at home on his own, drinking, brooding and listening to classical music. Pondering, pondering, always pondering. Eventually, circuitously, he solves the case. Then the next one, and the next one.

Wallander is the creation of Henning Mankell, Sweden’s most successful crime writer until Stieg Larsson conjured up The Girl with the Dragon Tattoo. The first Wallander novel, Faceless Killers, appeared in 1991, a response to Mankell’s belief that an insidious strain of racism directed against immigrants was emerging in his tolerant, social democratic homeland. Politics are important to Mankell. He was aboard the Gaza-bound flotilla intercepted last year by Israeli commandos. They confiscated a manuscript from him, an in-progress biography of his father-in-law, Ingmar Bergman. He spends six months a year in Mozambique working with a theatre company he helped to establish, mounting plays about political and social issues.

The figure of Kurt Wallander — stoic and dismayed as he grapples to make sense of a country falling into ethical disrepair — resonated with Swedish readers. Eight Wallander novels followed, selling millions of copies worldwide and spinning off a succession of movies and television series with several different actors in the lead role. In Australia, Channel 7 screened the British mini-series with a baggy-faced, unshaven Kenneth Branagh as Wallander. SBS gave us the first thirteen feature-length episodes of the Swedish version featuring Krister Henriksson, a man with the face of a faithful old Labrador. It’s not certain when they’ll screen the second thirteen episodes, but they’ve arrived on DVD anyway, packaged as volumes 3 and 4.

The chilly climes of Scandinavia are the current hot spot for television crime. With shows like The Eagle, The Killing and Unit One, the Danes, Swedes and Icelanders have given us high-tech, multi-layered police procedurals with a social and judicial context that is sufficiently foreign to be intriguing. The cops are transnational and multilingual. The baddies range from Serbian gangsters to gung-ho American spooks. In comparison with these ambitious thrillers, Wallander has something of an old-fashioned feel — a sequence of stand-alone episodes centred on a soul-weary provincial copper who runs on instinct, experience and persistence. A sort of Norse Morse.

Normally, this category of television crime isn’t my cup of aquavit, and the first two of the Wallander novels were enough to satisfy my interest in the novels (Mankell’s latest post-Wallander offering, The Man from Beijing, is a dreadful hodge-podge), but Henriksson’s performance elevates the shows above the ruck.

The plots are standard fare for this sort of thing and the political undertow only faintly felt. Neighbourhood Watch kills a migrant worker. The Russian mafia targets a promising young cellist. A small-time crook is shot by a sniper. A paedophile is suspected when a child vanishes. In almost every case, the domestic and emotional entanglements of various squad members intrude on the case, complicating or compromising the investigation. The coppers themselves are local variations on the stock cast — the wry, compassionate woman coroner; the unruffled, meticulous forensics specialist; the ambitious underling; the soft-hearted, broad-shouldered, slow-witted lug in uniform.

Crime fiction is a shortcut into the mores and mechanics of society, and one of the particular pleasures of watching “exotic” police shows lies in their educative value. Beyond the scenery, we learn something of how the criminal justice system operates in a foreign jurisdiction and what methods are available and acceptable to the police. Even allowing for a fair amount of creative licence, we can assume a reasonable degree of verisimilitude if only because the fictional depiction must reflect reality at least enough to satisfy the home-country audience.

From Wallander, I learned that Swedish police officers wear chunky-knit sweaters to conferences, that you can bring your dog to the office and surreptitiously search a suspect’s home before getting a search warrant, but you must never drive if you have had even a single glass of wine. (I also noticed that the external doors of many Swedish houses open outward. Given the chance of snow, this seems somewhat perverse, although not strictly relevant to the workings of the state apparatus. Perhaps the Swedes like the prospect of being snowed in.) As depicted here, they do not come across as an ebullient people. Even the episode titles have an ominous ring. Mörkret. Skulden. Bröderna.

But the focus of our attention is always poor old Wallander. All that Strindbergian bleakness is not just a convenient Scandinavian stereotype, a topcoat of Calvinist doom and gloom. It is the deep, poignant sadness of a lonely man. Krister Henriksson captures it perfectly. With each new case, our bruised and exhausted hero trudges another step towards retirement, irrelevance and oblivion. But still he plugs away, fending off eternity by doing what needs to be done. Our hearts go out to him.

For a while, his daughter, Linda, is a member of the squad. She, too, is miserable. Long estranged from her father, she has returned to Ystad with a history of drugs and mental breakdown. A fair measure of this can be slated back to her workaholic, otherwise-absorbed father. The chasm between them narrows as they work together but, despite themselves, they cannot find a way to bridge it completely. The fact that she is unhappily involved with a workmate, a hot-tempered dipstick who expends most of his psychological energy jumping to conclusions, barking up the wrong trees and picking fights doesn’t improve the situation.

Women remain beyond Wallander’s reach. He doesn’t know how to talk to them. His need for someone who will let him love her is too palpable. A brief tryst with a married woman offers the prospect of happiness but she reconciles with her husband, leaving Wallander as wounded as a lovestruck teen. Eventually his daughter, too, leaves. Yet again, Wallander is alone. Even his dog finds him difficult.

Linda and her ex-boyfriend are replaced on the team by Isabelle and Pontus, two young recruits sent to serve their apprenticeships in Ystad. She is edgy and ambitious, her feminist hackles permanently raised. He’s a dag, cautious and rule-bound. A smorgasbord of unresolved sexual tension, their relationship runs parallel to Wallander’s tentative advances towards his boss, the public prosecutor. An ice princess, she has moved down from Stockholm after a messy divorce, dragging along her unwilling children, and rented the house next door. He mopes after her, clueless and vulnerable.

Matters come to a head when attempts are made to kill both of them in order to short-circuit the trial of a labour racketeer. Faced with escalating death threats, she sends her children back to Stockholm and reconsiders her commitment to the job. For Wallander, there can be no thought of quitting.

By now, the shootings and explosions are just background noise. Society is coming apart at the seams. All that remains is a man whose character is his destiny, a lonely policeman walking an uncommitted dog upon a bleak and dimming shore. •

Shane Maloney is the author of the Murray Whelan series of crime novels.

Cultural policy and trade policy are pulling in different directions, writes Nick Herd. Ten’s Offspring could be one casualty 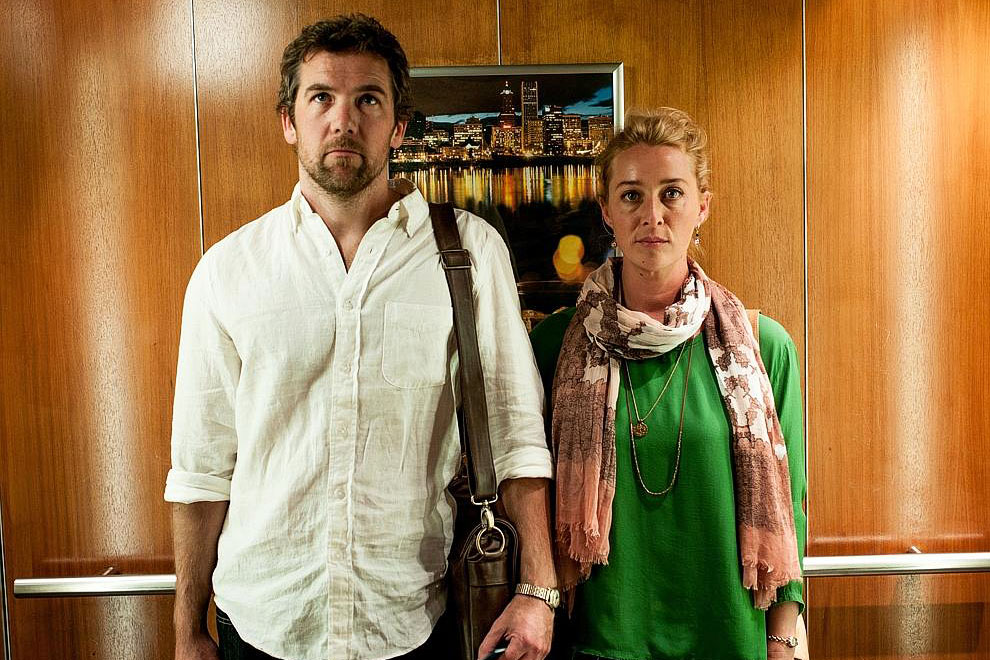