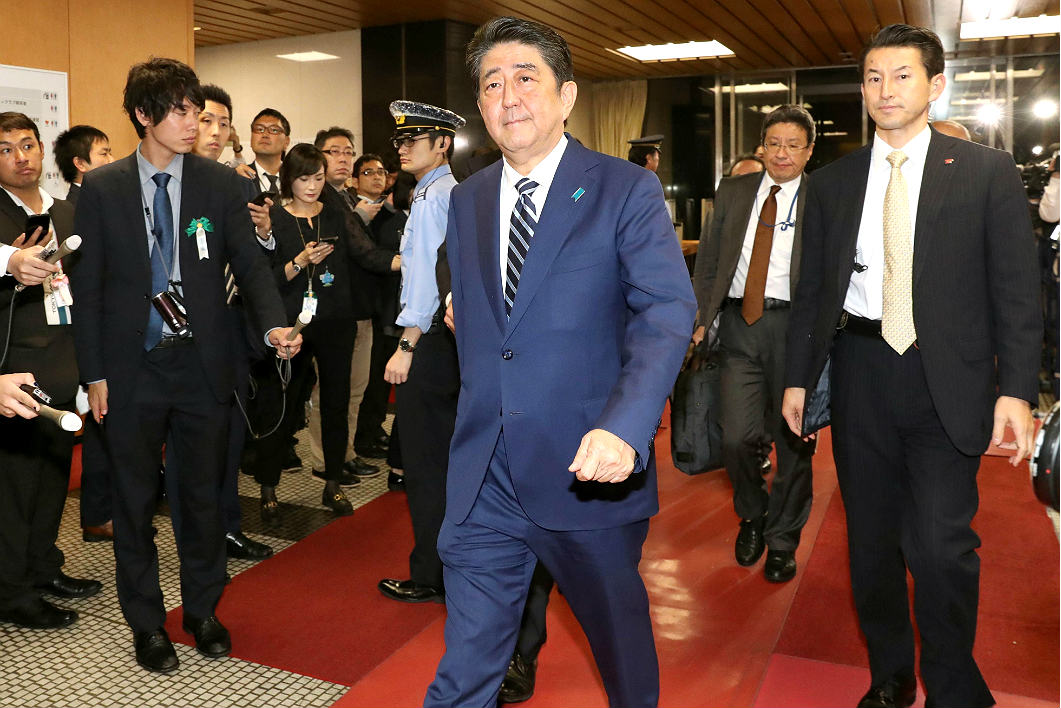 Japanese prime minister Shinzo Abe would be entitled, after Sunday’s election, to quote Mark Twain’s famous remark: “Reports of my death are greatly exaggerated.” Political death, that is. His ruling coalition not only threw back all challengers but also retained the crucial two-thirds majority in the lower house required to amend the constitution.

Prospects were already looking good for the ruling Liberal Democratic Party–Komeito coalition; they only got better after weather forecasters began tracking a typhoon headed for Japan’s main islands. Typhoon Lan disrupted voting in some remote parts of the country before making landfall at Shizuoka, southwest of Tokyo, in the early hours of Monday morning. Despite a record level of pre-polling — boosted by voters anticipating Sunday’s bad weather — the overall turnout for the election was a paltry 54 per cent, the second-lowest since the war.

With a handful of results still outstanding, the conservative coalition has won at least 312 of the 465 lower house seats. The newly formed centre-left Constitutional Democratic Party has at least fifty-four seats, making it the second-biggest party — exceeding the forty-nine won by another new group, the right-leaning Party of Hope.

The order of second and third is significant because the Constitutional Democratic Party has specifically opposed moves to amend the war-renouncing Article 9 of the constitution. The result is also a setback for the political ambitions of the Party of Hope’s leader, Tokyo governor Yuriko Koike.

Prime Minister Abe took a risk calling the snap election more than a year early. Although it paid off handsomely, he may find it hard to claim a mandate for radical change given that only half the Japanese electorate participated in the poll.

Those who did bother to vote chose the status quo — largely, it seems, because they were offered little in the way of an alternative. Both the Constitutional Democratic Party and the Party of Hope had only a few weeks in which to select candidates and organise their campaigns, putting them at a severe disadvantage against the well-oiled LDP machine.

The disintegration of the former ruling Democratic Party, and the dispersal of its members to run as candidates for the new parties or as independents, gave the opposition parties an odour of weakness and confusion that hung over their campaigns and helped the ruling coalition. Abe also successfully exploited fears about North Korea’s missile and nuclear weapons program. In these circumstances, voters (those who did vote) decided to overlook the scandals and blunders that have dogged the government through most of this year.

The election result virtually ensures that Abe — if his health holds — will be re-elected as LDP president for another three-year term next September. “I will humbly face the victory and continue to work humbly and sincerely,” he told NHK, the national broadcaster. His emphasis on humility, while culturally unexceptional, is an implicit acknowledgment of one of the factors behind the slump in Abe’s popularity earlier this year.

On the opposition side, the only figure who could claim a measure of success is Yukio Edano, leader of the Constitutional Democratic Party, which fielded seventy-eight candidates and won at least fifty-four seats. Edano attracted large crowds to his street rallies, particularly in Tokyo, and by the time the next election rolls around his party will have had the opportunity to build a supporter base and groom a full list of candidates.

Another aspect of the result worth noting is the level of support for the Constitutional Democratic Party in proportional representation voting for the Tokyo district. (Under Japan’s hybrid system, candidates stand in single-seat constituencies and/or for seats allocated by proportional representation.) According to NHK, the CDP attracted no fewer than 1.4 million votes (24 per cent) in the capital compared to the LDP’s 1.8 million (31 per cent).

Yuriko Koike, on the other hand, has had to take responsibility for the poor showing of her Party of Hope, which initially seemed poised to make a serious challenge to the LDP. Some ill-judged remarks during the campaign, which conveyed an impression of arrogance, and her decision not to run as a candidate for the Diet but instead keep her job as governor of Tokyo are the main reasons for the sharp reversal in the party’s fortunes. (The fact that Koike was in France on election day, fulfilling a prior commitment to attend a meeting of local government leaders, only served to emphasise her divided loyalties.)

For all the early expectations of something different emerging in Japanese politics, Sunday’s election has delivered more of the same. It’s as if nothing happened. A typhoon blew in and blew out again, leaving the skies clear for the LDP and Shinzo Abe. ●

From the archive | Backers of 5G promise breathtaking speed and ultra-reliability. But does Australia need its own vision for the new wireless networks? 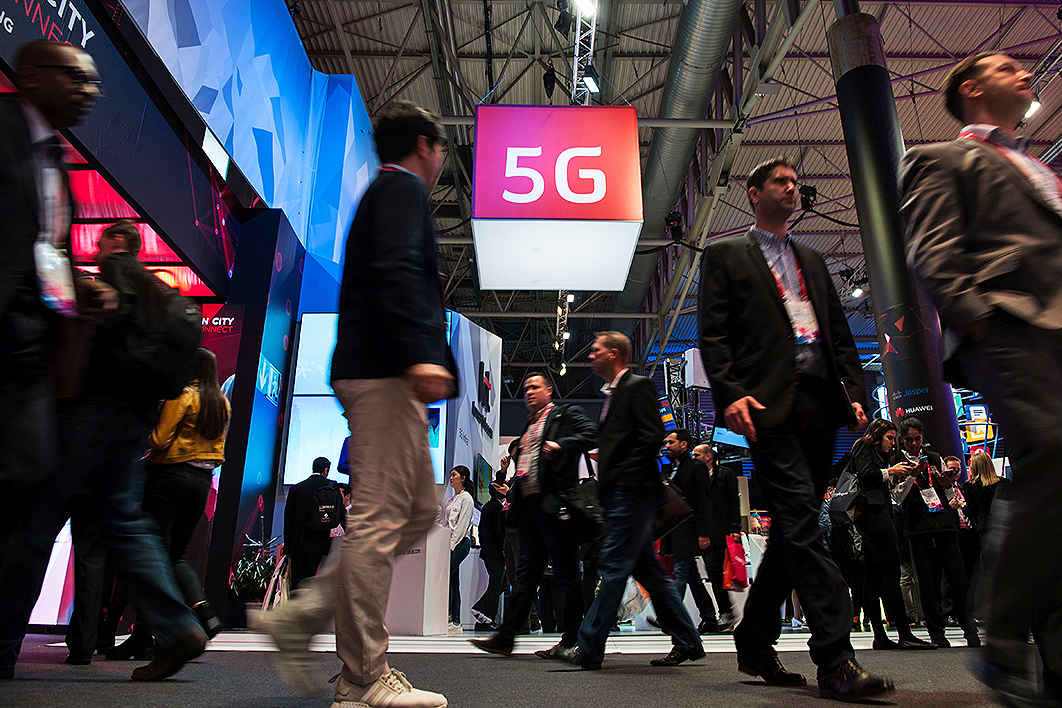