This week’s release of data on political donations and spending hides as much as it reveals – and is already many months out of date, write Graeme Orr and Brian Costar 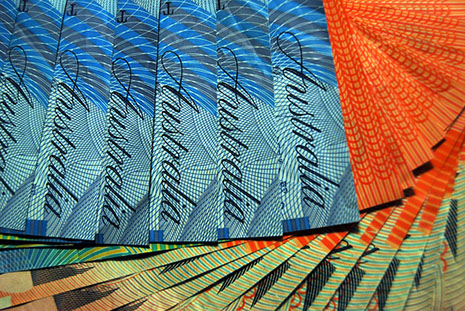 ONCE a year, on the first day of February, the Australian Electoral Commission publishes, verbatim, the political finance disclosures of the political parties and of some donors and third party or lobby groups. The timeliness of this annual data dump – the figures relate to the previous financial year, making the information up to a year and a half old – is a serious problem that has been tackled overseas successfully but is only slowly being recognised here.

The usual media focus is on the size of corporate donations and the total amount of money being burnt in the boiler rooms of political campaigns. This time round, the amounts are certainly big – around $230 million in total receipts for the four biggest parties – and the resources were relatively evenly shared between the two majors: around $115 million to the Coalition and just under $100 million to Labor (with $12 million to the Greens). The total three years earlier was $210 million, with Labor ascendant. But 2010–11 was a little different: inflation aside, the year included three major election campaigns, nationally and in Victoria and New South Wales. After a couple of decades of growth that fitted the “arms race” metaphor, things flattened out a bit in the last cycle.

Several causes are likely. Endless growth is unsustainable, of course, especially with some corporations and industries – whether because of the GFC or for public relations reasons – being less interested in donating to parties. And Labor’s fundraising capacity seems to have declined: having poured in $60 million to elect Kevin Rudd, it received considerably less for the Gillard campaign. A third, if only emerging, factor is that at last, at least in New South Wales (and in the upcoming Queensland elections) there have been caps on the size of campaigns.

The most notable thing in contemporary politics is the rise in large-scale, third party campaigns, especially by corporate interests. In the United States, the Supreme Court’s decision in the Citizens United case has created “Super PACs” – political action committees that are spending freely in the current Republican primaries. Of course, similar (if much smaller) groups have existed in Australia, notably during the campaign against bank nationalisation in the 1940s, and more recently against Medibank and WorkChoices. But their number and relentlessness appears to be on the rise.

Tobacco and mining money still found its way into the Coalition’s pockets, and the alcohol industry money to both sides of politics, in an effort to buy influence or access. But these industries also mounted direct campaigns. The Alliance of Australian Retailers appeared like a mushroom as a cover for the three tobacco giants, dispersing $9 million. Imperial Tobacco and Philip Morris spent a further $4.5 million under their own names. It all went on an essentially fruitless campaign against plain packaging laws.

More successful were the big miners and the pubs and clubs. The Minerals Council of Australia reported $4 million and the Association of Mining and Exploration Companies $2.2 million. But this was just the tail-end of the anti-mining tax campaign, the bulk of which (over $22 million more in advertising) had been spent in the previous financial year and helped bring down Rudd’s prime ministership. Curiously, only the NSW Clubs Association reported expenditure on federal politics in 2010–11, and then at under $1 million.

On the union front, the largest direct campaigner was the ACTU, spending around $6.5 million mostly to reheat the campaign against WorkChoices. Otherwise, the only major campaigns were by the Australian Education Union and the NSW Nurses, each in excess of $1.5 million. These two are public sector unions, of course, and while they are often accused of being vested interests in the public policy sphere, their primary focus is in garnering public support as leverage in industrial campaigns. In contrast, one of the wealthier – and traditionally hard-edged – private sector unions, the CFMEU, eschewed direct public campaigning. Its Forestry Division gave the advocacy group GetUp over $1 million.

At first glance, a blue collar, Labor affiliated union dating a trendy progressive outfit seems an unlikely combination. (The donation was reportedly earmarked for an ad deriding Tony Abbott as a chauvinist.) But there are practical as well as ideological attractions for a left-wing union to support such a group. GetUp’s profile and large supporter base generate value for its marketing resources in the causes it champions. Moreover, while anti-conservative to its core, GetUp also acts as a countervailing force to pull Labor to the left on a variety of issues. Finally, the CFMEU is a many-headed hydra. For good measure, the union’s Mining and Energy Division donated $1 million to Labor’s national office, and its Construction and General Division reported $30,000 gifts to both Labor and the Greens.

Party indebtedness is another important variable. Parties are not private companies for which insolvency planning is at some stage inevitable. They are public entities existing for the most public of purposes: elections and representative government. If they are to die, we would want it to be for lack of voter support rather than financial support.

The same can’t be said for the NSW divisions of the major parties. Labor declared indebtedness of $12.36 million on annual receipts of $18.2 million; the NSW Coalition had debts over $10 million on $29 million. A common mistake is to see organisational budgeting through a household’s eyes: a total mortgage smaller than annual income would be welcome to many families. But parties aren’t buying a one-off dwelling or asset: they are splurging cash, predominantly on advertising, every three or four years.

The minor parties, having little access to power, especially executive power, almost never attract corporate largesse. They rely heavily on public funding, membership efforts and the cream of the occasional ideological sugar-daddy. As was widely known for some time, WotIf.com founder Graeme Wood provided the Greens with over $1.7 million. Family First, by contrast, made it through the federal election year with a $750,000 injection from Adelaide-based B&B Day Pty Ltd, which accounted for more than half its receipts and nearly double the public funding it received. This contribution was recorded not as a donation but as part of a $1 million indebtedness to a “non-financial institution.”

Often such loans end up being waived. It is hard to know because – unlike in Britain – the law doesn’t require parties to publish audited accounts. To be accountable to members, and to the public for the public funding received, parties should be required to publish these accounts. The thornier issue for regulation is the question of what effect capping contributions, as recently introduced in New South Wales and which the O’Farrell government wants to extend, may have on minor parties. The Queensland solution is simply to cap the money that can go into campaign accounts, although that leaves the likes of mining magnate Clive Palmer or the Australian Workers’ Union free to bankroll a party’s administrative needs.

ONE of the two glaring deficiencies in Australia’s campaign finance laws is that no donation of $11,500 or less needs to be declared. Indeed, a canny donor can exploit this loophole – by divvying up the donation among the federal, state and territory branches of the party – to donate $103,500 to the party of her dreams and not declare a cent of it.

The second deficiency is the tardiness of the disclosures. Under current law, the various players only need to furnish financial disclosure returns to the Australian Electoral Commission at the close of each financial year and these are not made public until the following February. Depending on which month a federal election is held, nineteen months can go by before voters are made aware of who spent campaign money on what. A current plan to require the parties to report twice a year will only barely improve this situation.

What is needed is an internet-based graduated, real-time accounting system of disclosure similar to those that have been in operation in jurisdictions in the United States for many years. If a large lobby group takes the plunge during an election campaign, there is no reason why voters shouldn’t – and many reasons why they should – be made aware of this fact at the time, rather than months later. For this to happen requires political will on the part of government and parliament and adequate funding of the commission to implement it. Australian democracy deserves nothing less. •

Graeme Orr and Brian Costar research electoral law and systems at the University of Queensland Law School and the Swinburne Institute for Social Research respectively. With Joo-Cheong Tham of Melbourne University, they are working on an ARC project on political finance.