On a roll with the AEC 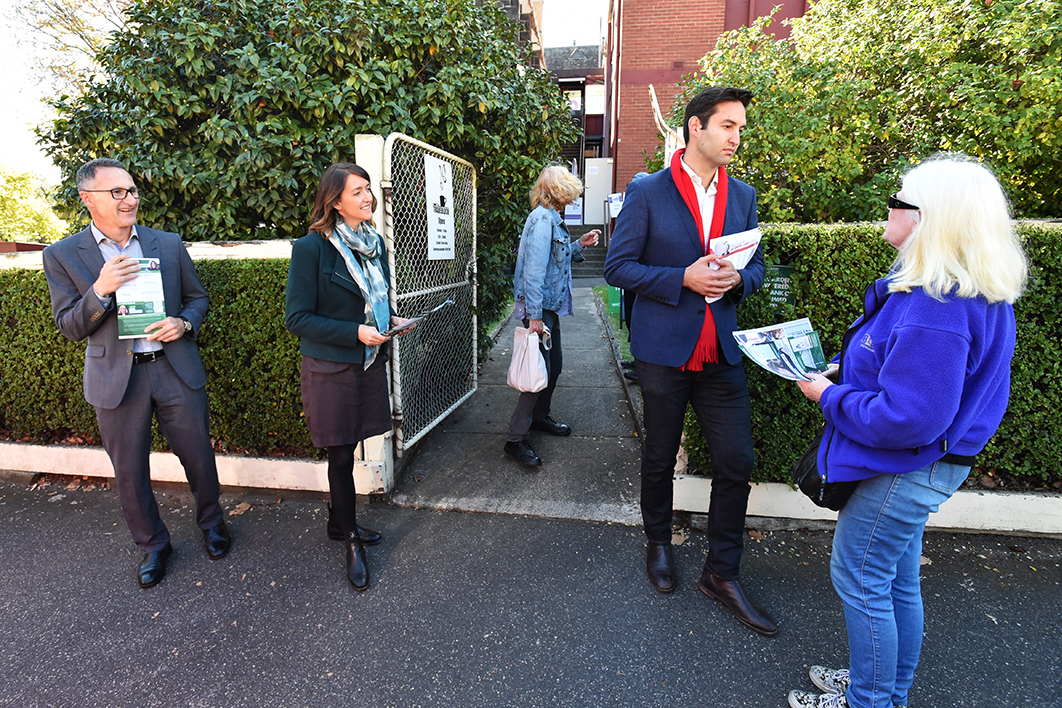 On a roll? Voting gets under way in the Melbourne seat of Macnamara earlier this week. James Ross/AAP Image

Unfurl the banners and hurl the streamers. For the second election running, the Commonwealth electoral roll is in its best shape ever.

The modern-day low point for enrolment — probably the lowest since it became compulsory in 1911 — was in 2010, when only around 91 per cent of eligible Australians were on the roll. The figure was about 92 per cent in 2013 and about 95 per cent in 2016, and this year we’re up to 96.8 per cent. (These estimates exclude around a million Australians living overseas, most of whom, for complicated reasons, aren’t on the roll and don’t vote.)

In a press release last month, electoral commissioner Tom Rogers credited this accomplishment to “Australian citizens and to the hard work and careful processes put in place by AEC staff. It is something all Australians can be proud of.”

Decorum prevented him from giving a shout out to the Gillard government, which in 2012 pushed legislation through parliament, against fierce Coalition pushback, that corrected a corrosive imbalance in the commission’s enrolment processes.

Current enrolment practices can be traced to 1999, when the AEC was given access to various government agency databases — federal, state and territory — that show who has moved house. After verifying address changes, the AEC was able to cull the roll with increasingly ruthless efficiency, but it couldn’t automatically add the new details.

It did send letters and enrolment forms to the new address, repeatedly, urging the elector to re-enrol, but these pleas were largely ignored. Who reads that junk mail these days? So the roll was shrinking.

Since those 2012 amendments, though, the commission has also been able to put people on the roll at their new address, and enrol people for the first time, without needing a filled-in form.

Hoorah, the best roll ever. The greatest practical outcome is that fewer people go along to vote only to find there’s no record of them. But there’s a downside, and it’s related to a contradiction in our compulsory voting system.

While both enrolment and voting are mandatory in this country, the AEC has not fined or prosecuted anyone for not being enrolled in over thirty years. That’s because it doesn’t want to discourage people from enrolling after a period of “breaking the law”; it’s like a rolling amnesty.

In effect, if you’re on the roll and don’t vote you get chased by the authorities, but if you manage to stay off the roll you’re fine.

The 2012 changes made it more difficult for even the most determined recalcitrants to stay beneath the radar. So they’re dragged onto the roll, but that doesn’t mean they’re going to cast a vote.

A close-to-complete roll almost guarantees a drop in official turnout — the number of votes cast (formal or informal) as a percentage of total enrolees. In 2010 and 2013 turnout was 93 per cent, in 2016 it dropped to 91 per cent and it will drop again this year.

But these numbers are misleading. Turnout as a percentage of estimated eligible voters has actually increased (a little) at each recent election.

In practical terms, this means that the AEC is faced with a surge in apparent non-voters, and is required to chase them up. In 2016 it sent out 969,586 “apparent failure to vote” letters, a huge 46 per cent increase from 2013. This year, probably in July or August, Australia Post will be delivering well over a million of these requests for explanation. And that’s just the first round of correspondence; ignoring them doesn’t make the AEC go away.

Yes, you can sign a form saying you were looking after your sick mum or you tried to vote but the staff couldn’t find you on the roll. I suspect that even claiming you did vote would do the trick.

But honest people who admit they simply didn’t feel like voting, or didn’t get around to it, will cop a $20 fine. If you ignore the letter, or don’t pay the fine, it can go up to $180 plus court costs. And as the roll gets closer to fully complete it’s catching up lots of the hardcore stay-aways.

The commission spent around $3.4 million chasing non-voters in 2016. That figure includes printing, postage, lodgement and court costs, but not staff time. Something over $2 million comes back in fines, but because life isn’t always fair the AEC doesn’t get any of that — it goes straight to general government revenue.

The fine has been $20 since 1984. In 2016 the Australia Institute recommended to a parliamentary committee that it be hiked to $70, the rough equivalent today. This didn’t happen.

Twenty dollars is a small amount for the vast majority of Australians, but for a small group it is a lot. Seventy dollars would be more onerous. (Indigenous Australians are over-represented among non-voters.) For the disorganised or tardy low-earner, $180 could be pretty serious.

So spare a thought for the AEC as it licks and stuffs all those envelopes in a few months. And for the wicked non-voters.

It seems that mandatory turnout is here to stay in Australia. But some countries with compulsory voting don’t actually enforce it. Maybe that’s something we could consider. •