When the Coalition won the November 1966 federal election, the Labor Party had no alternative but to modernise 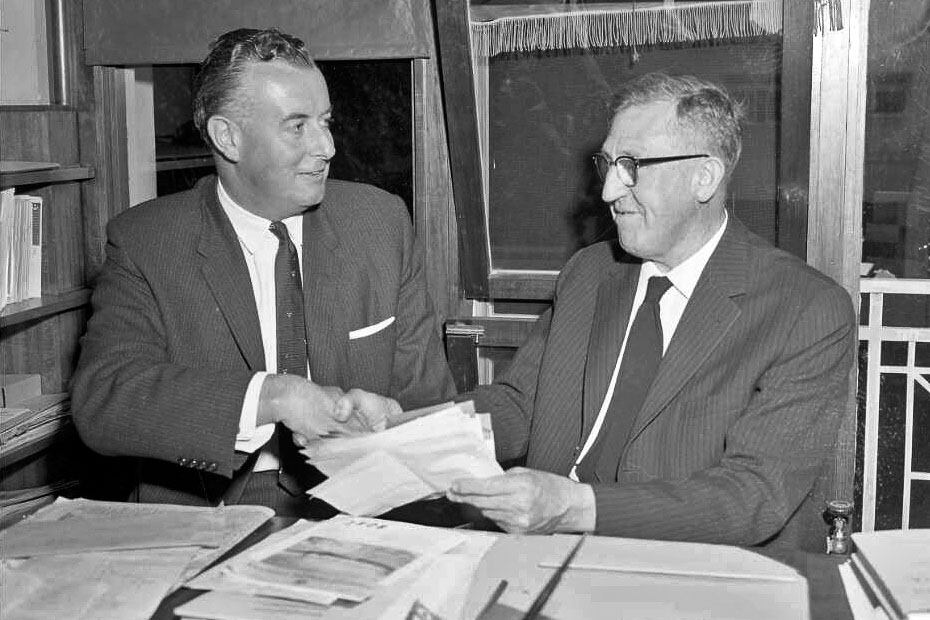 By the start of 1966, the Liberal–Country Party Coalition had governed Australia for sixteen years. Having maintained a rarely challenged political dominance, Liberal prime minister Robert Menzies retired in January, handing over to treasurer Harold Holt, a man whose comparative youth (he was fifty-seven, Menzies was seventy-one) and debonair lifestyle delivered generational change long before marketing gurus had invented the term.

The Labor Party, crippled by a split in 1955, was led by Arthur Calwell, a character as far from generational change as could be imagined, especially in the swinging sixties. Aged sixty-nine at the start of 1966 – but seeming older, in age and outlook – Calwell had secured the leadership in 1960, but his narrow, two-seat election loss after the 1961 credit squeeze was to prove a false dawn. Labor was, in fact, only halfway through its wilderness years. Normal transmission – which for Labor meant divisions over policy and leadership – was quickly resumed and Menzies secured a comfortable majority of twenty-two at an opportunistic early election in 1963.

A modern observer might wonder at Calwell’s ability to retain the party leadership after two consecutive election defeats. Simple as it sounds, part of the rationale was that since his predecessor Bert Evatt had been afforded three (losing) elections, Calwell was entitled to no fewer, and this carried weight with some of the more sentimental sections of the caucus.

But there was another element. Calwell’s obvious successor, deputy leader Gough Whitlam, was the object of suspicion among much of the party’s left, and increasingly of hostility from Calwell himself, a sentiment reciprocated by the deputy. Whitlam won no friends with his immodest, if accurate, public observation that he was destined to lead the party. Incredibly, an attempt was made to expel him from the party in early 1966 (of which more below). He narrowly survived, challenged Calwell’s leadership and lost, but still continued as deputy leader – a somewhat less than ideal sequence of events in an election year.

The polling of the time was infrequent and basic, with no questions about preferred prime minister or leadership approval – metrics that these days drive politicians and the media into a frenzy, provoking leadership speculation and indeed leadership change. Even had modern polling been in vogue, though, it would have been unlikely to have influenced pre-modern Labor.

On the policy front, Labor continued to struggle over the question of state aid to non-government schools, an issue older than federation and one on which the party had been artfully wedged by Menzies’s recent introduction of grants. It was Whitlam’s attempt to overturn Labor’s age-old opposition to state aid that had brought him to the brink of expulsion. And while party policy was amended in mid 1966 to accommodate this kind of funding, the political advantage now lay with the Coalition.

Even more damaging for Labor was its opposition to Australia’s involvement in the Vietnam war. While the party leadership had not opposed the government’s initial support for the South Vietnamese government and American goals, it was firmly against the commitment in 1965 of Australian troops to participate in the conflict. At the same time, the party proclaimed its support for the US alliance, the cornerstone of Australian defence policy.

For Menzies and then Holt, this was electoral manna from heaven. Convincing the electorate that Labor was pro-alliance yet unwilling to fight with the Americans in Vietnam would have tested the skills of the most talented politician: it was certainly a challenge beyond Calwell.

The reintroduction of conscription and the inclusion of conscripts in the Vietnam contingent affected Calwell profoundly. Having fought against conscription successfully during the first world war and unsuccessfully as a minister in the Curtin government during the second, the ageing warhorse sensed a last chance for some form of vindication. He was to be bitterly disappointed.

While Labor was apparently united in its opposition to the commitment of Australian troops, it was divided on the process by which a Labor government would withdraw them from the battlefield. Calwell and Whitlam appeared to embrace contradictory positions, with the latter suggesting that regular troops might remain while conscripts would come home. This would have been logistically challenging, to put it mildly, but Whitlam was keen to provide some nuance in a policy that he suspected was leading to electoral annihilation. Predictably, what the electorate saw was division and ineptitude.

Labor’s task was rendered even more challenging by a pre-election campaign visit by US president Lyndon Johnson. This breach of political etiquette may have irked Labor and the diplomatic purists, but it certainly did the Liberal leader no harm: LBJ was clearly “all the way” with Harold Holt.

The 1966 election represented the high point in the conservative government’s electoral supremacy in foreign affairs and defence. The cold war was alive and well in Australia, and the gravitational logic of the domino theory was irresistible: “better to fight them there than here.” The communist threat merged seamlessly with ancient Australian fears about invasion from the Asiatic north.

Coalition advertising was in no danger of erring on the side of subtlety, with thick red arrows pointing menacingly in the direction of the Kooyong Tennis Club, and Labor maligned as a collection of traitors ready to hand the country over to the communists. By comparison, Labor’s “Mediscare” campaign in 2016 seems the essence of moderation.

Even had Labor not been beset by problems over leadership and defence policy, economic conditions were favourable for the government. Unemployment stood at 1.6 per cent and inflation at 2.6 per cent – both figures very acceptable by the standards of the day.

And so, as the campaign began, all that was in doubt was the magnitude of the government’s victory. In the event, the margin probably surpassed the fears of even the greatest Labor pessimist. Labor’s primary vote dropped to 40 per cent, a loss of 5.5 per cent from 1963 and the worst primary since the federal Labor–Lang Labor warfare of the early 1930s. While federal Labor often polls below 40 per cent today, the 1966 result was much worse because the party had a monopoly on the left/progressive vote in those days, a far cry from today’s contest with the Greens.

In two-party-preferred terms, the estimated swing was 4.3 per cent. Labor’s two-party vote of 43.1 per cent was the worst since 1931: worse than in the year of the 1955 split, worse than Whitlam’s post-dismissal loss in 1975 and worse than the loss of government results in 1996 and 2013. Labor lost ten seats: nine to the government and one to an ex-Labor independent who had quit the party over Vietnam. The Holt government now had a majority of forty in a house of 124.

Post-election, commentators were quick to identify an existential crisis for Labor, with some predicting its demise, while others opined that only some rapprochement with the breakaway Democratic Labor Party could produce an electorally competitive party. Such predictions failed to reckon with the phenomenal efforts of Gough Whitlam, and six years later Labor was in government. But while they were literally wrong, the pundits were half-right: 1966 was the end of old Labor, and fifty years later we can identify the key characteristics of new Labor.

The most obvious change has been the intolerance of multiple election-losing leaders. The notion that a leader would be permitted to lose three consecutive elections is now unthinkable: modern Labor would have despatched Calwell after his 1963 loss, as it did Kim Beazley who, like Calwell in 1961–63, had a near win in 1998 and then lost ground in 2001. Indeed, one Labor leader, Simon Crean, was disposed of without being allowed to contest even one election – ruthlessness unheard of in old Labor.

A second change has been the management of internal differences, with no replication of the policy divisions so evident in the 1950s and 1960s. Controversial and difficult issues (think uranium mining or asylum seekers) have been managed and negotiated through the formalised factional system – a feature not in place in 1966. While the system has its imperfections (notably the selection of many people totally unfit to be parliamentarians), it has ensured that policy differences are sorted out mostly behind the scenes and that a relatively united front is presented to the electorate.

After 1966, Labor became more committed to winning and less interested in defending election losses as evidence of a commitment to “principle.” Certainly, Whitlam had no patience with those who seemed content with a series of “principled losses.” In terms of party membership, this probably came at a cost, with idealists now more likely to be found in the Greens than in Labor, but in terms of electoral success (the main aim of major political parties), post-Calwell Labor has governed for twenty-two of the last fifty years – a far cry from the prolonged electoral misery of the 1950s and 1960s.

Compared with the 1966 version, modern Labor is simply too pragmatic to split over ideology or policy. Its most recent internal division – the Rudd–Gillard fiasco – concerned leadership style: it had no policy dimension. These days, it is the Liberal Party that must cope with the challenges of a “broad church,” the breadth of which is testing the building’s walls.

Defence and foreign policy have never again caused Labor the sort of electoral damage sustained in 1966. A bipartisan approach has been the norm, with support for the US alliance a given: the days of critics such as Jim Cairns seem as distant as they (actually) are. Labor did oppose Australia’s troop commitment to Iraq, but this was never popular to start with: hence, the electoral impact was nil.

On the Liberal side, Menzies-era party stability was nearing its end in 1966. For the briefly triumphant Holt, 1967 would be a year of mistakes and misjudgements, culminating in a poor vote in the November half-Senate election. The following month, Holt disappeared at Portsea and the party would commence a period of division, disunity, plotting and intrigue: it would have five different leaders in just over seven years, during which time Labor had just one, Whitlam.

The title “end of an era” is often overused, but a strong case can be made that the 1966 election was, indeed, a seminal moment in Australian political history. • 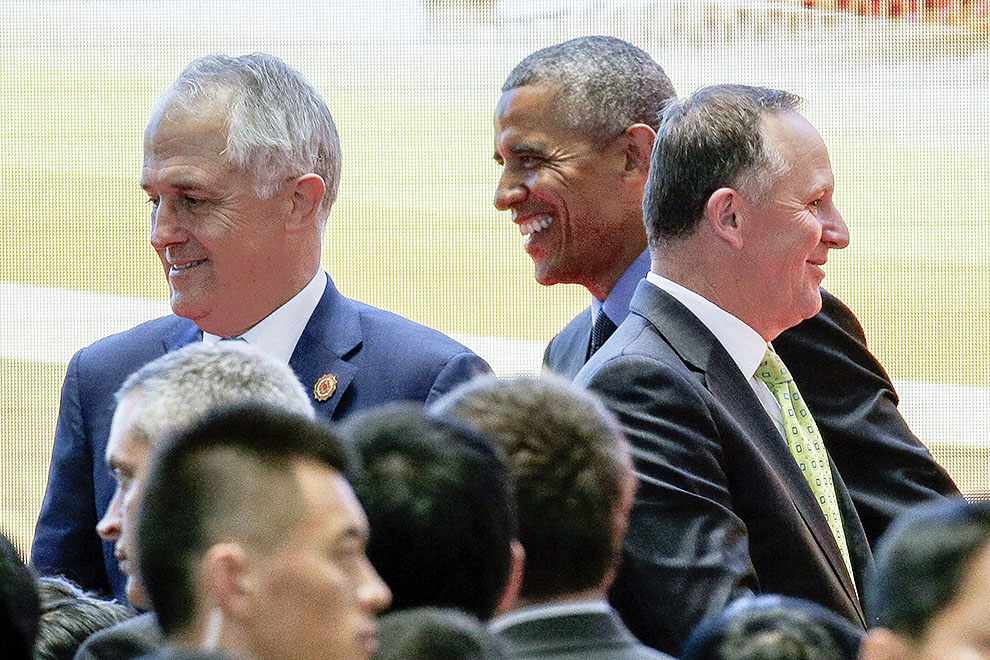