Out of turmoil, a new majority in Timor-Leste’s parliament

A realignment of parties should break the deadlock over vital legislation 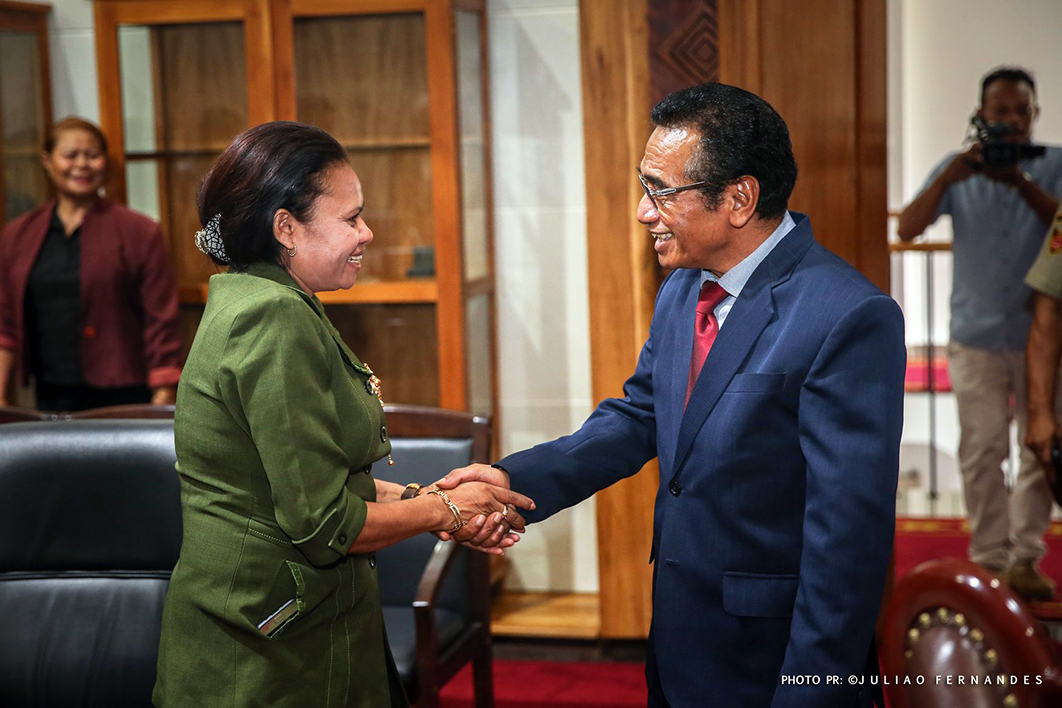 As Timor-Leste continues to perform impressively in response to the Covid-19 pandemic, especially compared with neighbouring Indonesia, the political dramas of the past few weeks have formed a striking counterpoint. But the rowdy scenes in the national parliament now appear to have resolved into a viable alignment between the executive government, the new parliamentary majority and the new parliamentary leadership, with better prospects for passing an overdue national budget for 2020.

Political developments this year have been increasingly complicated. The governing AMP coalition fell apart in January when Xanana Gusmão’s CNRT voted against its own government’s budget, apparently in an attempt to force an early election in response to the president’s continuing refusal to install several of its MPs as ministers. Tensions over development decisions between CNRT and its alliance partner, prime minister Taur Matan Ruak’s PLP, had also contributed to testy relations.

A new Gusmão-led majority alliance of six parties was announced in February, though president Francisco “Lú-Olo” Guterres, from the opposition Fretilin party, seemed in no hurry to install it. By the time the virus hit, the political impasse had left Timor-Leste with no national budget.

Early last month, Gusmão’s new alliance collapsed when the five-seat youth-oriented KHUNTO party broke ranks to support the interim government’s proposed extension of its emergency pandemic declaration. Ruak withdrew his resignation from the prime ministership as forces in the parliament realigned to form a new majority made up of Ruak’s PLP, KHUNTO, and Fretilin, the largest party in parliament. The new grouping was based on “understandings” of parliamentary support rather than a formal alliance.

As this new parliamentary majority sought to elect a new president of parliament (akin to a speaker) on 19 May, the chamber descended into chaos. The CNRT’s Arão Noé, still in the position, sought to delay the motion for his own removal. The new majority saw this as an abuse of process, and the deputy presidents sought to hold a vote, but were physically prevented from taking the president’s chair by a CNRT MP.

The following day, the president’s table was overturned by CNRT MPs, who loudly chanted and protested throughout the session. An irregular vote organised by the deputy presidents without the CNRT’s participation removed Noé in a 36–0 decision, and a second irregular vote (supported by forty MPs, including four of the five Democratic Party members) then installed Fretilin’s Aniceto Guterres as the new parliamentary president. Many Timorese were shocked at the scenes, which made international news.

These votes were then challenged in court by the CNRT, which vowed not to return to parliament before the ruling. The Court of Appeal’s decision came down last week, rejecting the CNRT’s application, declaring that the majority’s efforts to install a new parliamentary president were “political acts” that are not subject to judicial review, and noting that the president’s position depended on the political confidence of a majority of MPs. With similar office-holders in other countries relying on the confidence of the house, and parliaments across the world commonly governing their own procedures, this decision seems relatively unremarkable.

Though Fretilin was highly critical of Arão Noé’s refusal to budge, it used similar tactics in late 2017 when Aniceto Guterres was parliamentary president, delaying plenary sessions in an apparent attempt to forestall a second rejection of its program for government. This week’s Court of Appeal decision is likely to prevent a recurrence of those two episodes.

The decision followed an earlier legal challenge by nineteen CNRT MPs alleging that President Guterres had behaved unconstitutionally on several grounds, including his rejection of nominated CNRT ministers, his failure to accept Prime Minister Ruak’s initial resignation, and his failure to respond in a timely manner to the presentation of a new majority coalition. The Court of Appeal also rejected that application — in effect, an impeachment case — without considering the substantive arguments, on the basis that the action had not met the threshold requirement of support from two-thirds of MPs. The CNRT is reportedly taking the matter to court again under a different section of the constitution.

While that legal battle may still be playing out, the outcome of the appeal was broadly consistent with international practice. In systems with directly elected presidents, a supermajority in the legislature is normally required to trigger judicial review of presidential actions. Emerging Timorese constitutional jurisprudence appears to be making it clear that the court will not step easily into the realm of executive political discretions— for which the president is ultimately accountable to the people in 2022 — nor interfere in decisions based on the democratic mandates of other branches of government.

While these issues will continue to be hotly debated, what is beyond doubt is that Timor-Leste’s first period of “cohabitation” — with the president and the prime minister coming from different parties — has demonstrated the extent of presidential power in this semi-presidential system. It also underlines the fact that the president’s direct mandate is not readily comparable with ceremonial heads of state in parliamentary systems. President Guterres may have pushed the boundaries, but this doesn’t mean the potential scope of presidential action was always well understood in the first place, especially by those more familiar with parliamentary systems.

Where parliamentary systems emphasise the supremacy of parliament, the essence of a semi-presidential system is the interrelationship between four sovereign actors: parliament, government, the judiciary and a directly elected president. Timor-Leste’s early constitutional decisions have reflected and defended this essential distinction. What some see as a crisis may be better seen as a process of working through these relationships in a relatively young country. New conventions will be established over time, and their political consequences assessed.

In relation to presidential power, conventions will be established by presidents’ practices over time. It is true that there has been a divergence in conventions in the era of President Guterres — a partisan figure where previous presidents were formally independent — and that has brought the features of the semi-presidential system into sharper relief. This was a choice made by the East Timorese people in 2017. The wider conclusion is that many underestimated presidential power, and it is likely that presidential elections will be taken far more seriously by all political players in future.

Reflecting these events, the CNRT formally withdrew its ministers from government on 25 May. They included Agio Pereira, a widely respected figure in government for thirteen years. Tributes flowed from all sides of politics for this senior minister.

Rising PLP star Fidelis Magalhaes takes the position of Minister for the Presidency of the Council of Ministers. KHUNTO’s Berta dos Santos is the new deputy PM, the most senior position a woman has held since independence. She keeps her previous portfolio of social solidarity minister, in which she earned a reputation for being in touch with the concerns of rural Timorese.

Fretilin now has five new ministers in the government, and the Democratic Party one, with more likely positions yet to be filled by the new majority parties. CNRT resignations mean that portfolios including economic affairs, foreign affairs, education, and petroleum and minerals are up for grabs, though one CNRT minister, the vice-minister for finance, is continuing in a personal capacity.

Just as the whole process looked like being a political triumph for Ruak’s PLP and Fretilin, though, stories of dissent within Fretilin began hitting social media. Former prime minister Rui Araujo reportedly refused a role in government, apparently in response to recent turmoil, though he has said that his quoted comments were meant for internal party discussion only.

The Democratic Party has also elected to join the new majority on the basis that it can tackle “the need to accelerate national development and state building.” This gives the party at least one minister, in the key portfolio of veterans’ affairs, and brings the majority grouping to forty-one seats. The president has called the new majority an expression of “national unity” and the PM has declared it a restoration of government normality and political stability. With parliament and the executive again in alignment, the immediate prospects for political stability in Timor-Leste are indeed improved, though inter-party tensions remain high.

The government, meanwhile, is seeking another month’s extension of the pandemic emergency decree, though further relaxations are coming into force, including the opening of schools and places of worship, as active Covid-19 cases have happily reduced to zero. With West Timor suffering a serious outbreak, though, caution remains high. On the economic front, the pandemic-induced downturn and the lack of a government budget have prompted the World Bank to forecast a contraction of 5 per cent or more for the national economy in 2020, compared with the opening forecasts of 4.6 per cent growth. •