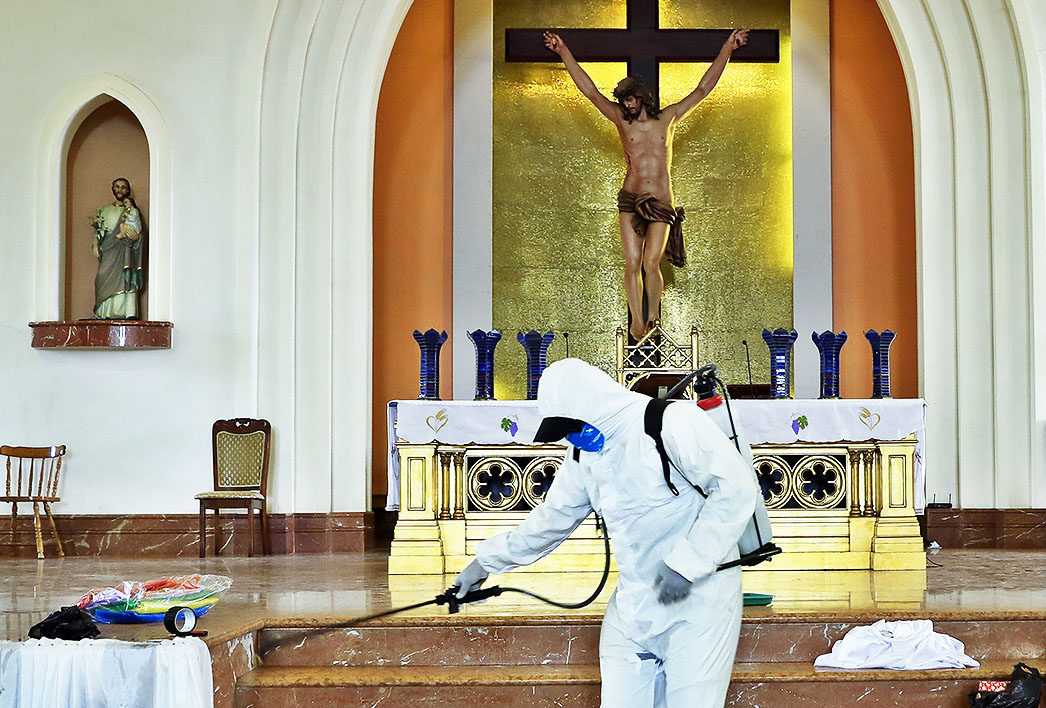 Just two months after it was announced by Xanana Gusmão, Timor-Leste’s majority parliamentary coalition has collapsed. Yet to be installed by the president, the thirty-four-member, six-party alliance came apart last Monday over a vote on the government’s plan to extend the pandemic emergency decree, with the youth-oriented KHUNTO party’s five MPs voting to support the government against the wishes of its alliance partners. So far, no East Timorese have died from Covid-19, and the country has just eight active cases, with twenty people in recovery and 300 in quarantine.

The vote on the emergency decree, a crucial test of the alliance’s solidity, was defeated 37–23 with four abstentions. According to a representative of the largest alliance member, Gusmão’s CNRT, the majority alliance “died” with the vote. Two days later, KHUNTO announced its formal exit from the new coalition, declaring it had “decided to give full support to the current constitutional government until the year 2023.” This represents a major victory for prime minister Taur Matan Ruak, who was humiliated back in January when his own alliance rejected his budget after the CNRT abstained from the crucial vote. In a major development today, the CNRT has launched a legal challenge over the constitutionality of several of the president’s decisions.

In the end, last Monday’s vote saw only the CNRT and two other MPs actively oppose the government’s motion. KHUNTO’s five members split ranks to support the extension alongside Ruak’s PLP and Fretilin. The other parties to Gusmão’s alliance abstained, though one senior member of the Democratic Party, or PD, supported the government motion, reportedly to “maintain lines of communication” with the PM.

PD representative Antonio de Conceição later confirmed that Gusmão’s opposition to extending the state of emergency had been agreed to by alliance members the previous Saturday. The alliance argued instead for a focus on ports closure, social-distancing restrictions and freeing up economic activity. But KHUNTO leader Jose Naimori later overruled that position on behalf of his five MPs. Fretilin alleged in parliament that Naimori had been pressured and even threatened, but the CNRT rejected the charges, which remain unconfirmed by Naimori. “This is democracy,” Gusmão later conceded, saying he was not angry at KHUNTO’s decision to leave the alliance, which would require a special congress of that party.

The dramatic vote was followed by an invitation from PM Ruak for Fretilin and other ministers to join the government, which was rapidly accepted. Ruak’s government has now been bolstered by five ministers from Fretilin and another from the PD, announced on Thursday, with Fretilin taking the key portfolios of health, state administration, finance, tourism, commerce and industry, and the PD taking the former-combatants portfolio.

All six positions had been left unfilled after the president rejected nominated CNRT ministers in 2018, citing judicial inquiries into misconduct or “poor moral standing,” which caused a political stand-off now approaching the end of its second year. Separately, Ruak recently sacked the CNRT’s acting health minister (formally vice-minister for health) following a controversial press conference in which she disagreed with the government’s Covid-19 spokesperson, Dr Rui Araujo, over coronavirus infection figures.

The CNRT remains highly critical of the president’s role in all this, accusing president Francisco “Lú-Olo” Guterres, a senior Fretilin member, of advantaging the PLP and Fretilin. Guterres’s delay in installing the new alliance (or alternatively dissolving parliament) was hotly debated in political circles after Gusmão’s alliance was announced, though the heat was temporarily taken out of the issue by the looming pandemic.

This issue returns to centrestage following this week’s developments, with CNRT MPs formally requesting that the Court of Appeal review the constitutionality of several of the president’s actions, including his rejection of nominated ministers and his failure to accept Prime Minister Ruak’s initial resignation and respond to the presentation of a new majority coalition. The CNRT has separately called for the president to convene a meeting of the largest parties, Fretilin and CNRT, to “seek a solution to the political impasse.” Fretilin responded today with a call for all parties to be involved in discussions.

The legal process will be watched with considerable interest. Subject to that outcome, KHUNTO’s decision to stay in the government greatly increases the chances that Ruak’s government could serve a full term to 2023. While the new ministers are touted as filling vacant positions, the broader political significance of the changes is clear, with the executive government now reflecting the shift of forces in the parliament.

For PM Ruak, who had withdrawn his earlier resignation as PM, the result is a return from political limbo and a substantial political victory. The unanswered question is whether the small number of CNRT ministers in the current government will stay or go. The PM has made it clear he won’t be sacking them. CNRT foreign minister Dionísio Babo Soares says that his party has issued no instructions on this point and that he remains available to serve, and the CNRT itself has announced it will examine the question of whether ministers will remain in the executive at a meeting of its national political commission.

Although the stand-off over ministerial appointments appears to have come to an end, the Court of Appeal could yet raise constitutional questions. President Guterres was not the first president to reject ministerial nominations in this way, but the number he rejected was certainly greater than any previous president has attempted. Reviewing the political discretions of the head of state is an area courts often avoid, but the Court of Appeal could yet have a say if it identifies more concrete constitutional obligations.

Questions may also be asked about the wisdom of the CNRT’s decision to reject the 2020 budget, a move that has clearly backfired. The CNRT still retains the position of president of parliament (effectively the parliamentary speaker), a position, as Fretilin demonstrated in late 2017, that gives it considerable control over parliamentary processes, including the capacity to delay plenary sessions. Today, a joint motion from Fretilin, PLP and KHUNTO sought to remove the current CNRT president of parliament.

Some will no doubt wonder whether the extension of the Covid-19 emergency decree was the right issue to make a parliamentary stand over. The new majority alliance had held fire over a no-confidence motion, sensitive to how the looming corona crisis had depoliticised the stand-off, and yet it took the politically risky decision to oppose the extension of the emergency, despite the government’s decision to allow public transport to resume. For its part, the government will attempt to recruit Timor-Leste’s historical leaders in support of its Covid-19 response.

Above all, the major question is whether the giant of East Timorese politics, Xanana Gusmão, can come back from this position. Gusmão’s move against his own AMP alliance in January — probably part of a strategy to have the CNRT ministers installed and trigger an early election — appears right now to have gone badly wrong. That said, few would consider it wise to draft a political eulogy for the master politician just yet.

Meanwhile, Prime Minister Ruak’s humiliation in January has turned into a significant political victory for the PLP leader. While the Fretilin–PLP understanding is built on informal cooperation rather than a formal alliance, it will be interesting to see whether it can form the basis of a coalition at the next election, especially if the government continues to perform creditably through the pandemic. •