Paid parenting leave: the debate we still need to have 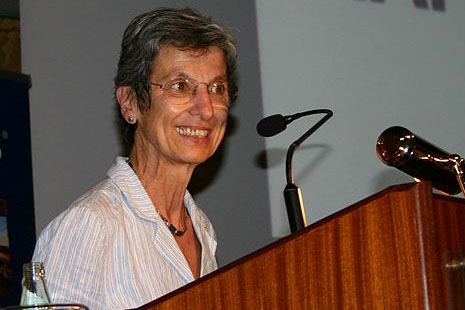 WHEN paid parental leave came into effect on 1 January this year it received relatively little press coverage, which might seem strange given its importance for those looking to juggle the demands of a family and a career. There was the odd story about a family missing out on the payment by a few hours following the birth of a child late on New Year’s Eve. But there was nothing of the fanfare that had surrounded the policy’s announcement in the 2009 federal budget, nor of the debate that it had sparked during the 2010 federal election campaign.

Part of the explanation must lie in the bipartisan backing the policy has enjoyed since Tony Abbott pronounced himself in favour of a far more generous scheme than the one now in place. In a speech on International Women’s Day last year, Abbott put forward a plan to pay a parent of a newborn child full salary compensation for six months. For most families, this would be worth significantly more than the current payment of eighteen weeks at the federal minimum wage.

Another reason for the low-key response to paid parental leave might lie in the complexity of the issues it raises – the level of compensation, the length of leave, whether superannuation should be included and how much of all of this should be reserved for a spouse, to name just a few. These invite real debate and are part of a wider conversation about what sort of society Australia should be.

The complexity of its policy objectives is reflected in how paid parental leave works. It is linked to the national minimum wage and, in even the most straightforward cases, affects a recipient’s tax liability, Medicare levy and family tax benefit entitlements. Families faced with such exotic concepts as the “quarantining of FTB-B” could be excused for wondering whether a PhD in immunology might not be a prerequisite for working out how much better off they will actually be.

Compare this to the baby bonus, a simple payment of five grand, tax-free. When introducing it in 2004, Peter Costello claimed that it would encourage families to have “one for mum, one for dad, and one for the country.” Since then the debate over the baby bonus has done little more than tap into vague fears about declining fertility rates and a looming economic crisis brought on by an ageing population.

The linking of the baby bonus to population debates goes against the traditional rationale for supporting parents of newborn children. Professor Chiara Saraceno, an expert on social policy at the Social Science Research Centre in Berlin, stresses that European parenting policies have had “very little” to do with addressing low fertility rates. Rather, maternity leave schemes have always been, and continue to be, shaped by issues such as the loss of jobs and wages, the needs of children following childbirth and the reconciliation of work–family issues for mothers. “More recently,” she says, “particularly in Scandinavian countries, the concern has been to allow adequate time for parents to care for their child.”

This year’s International Women’s Day might, just like last year’s, put paid parental leave back in the public spotlight. If it does, a national conversation about how to provide our children with the best possible care may gain momentum. Such debate cannot begin too soon. The government has signalled that the policy will be reviewed in two years, and given how considerably political support for the policy has changed in the two years since it was announced, there is every reason to expect that attitudes towards parenthood in the workplace will undergo a similarly radical transformation.

The Productivity Commission’s report that set out the design of the policy didn’t attempt to predict how it might evolve. But the commission did sketch the details of parenting policies in other countries, particularly in Europe, to which the Australian model could be compared. For example, many European countries provide maternity payments that compensate most or all lost income during a period of leave, along the lines of Abbott’s proposal.

Experience in Europe has also shown that well-designed policy can bring about changes in attitudes towards parenting. Labor’s election promise to provide fathers and partners with an extra two weeks of leave is based on the Norwegian policy, where the availability of paternity leave on a “use it or lose it” basis has resulted in most men taking time off work following the birth of a child.

It is in the area of childcare that Australia could learn a lot from Europe. According to Saraceno, “childcare is high on the agenda of all European countries” and the Scandinavian countries, as well as Italy, have always had childcare systems “with a strong educational focus.” This is not to say that the tension between quality and quantity of childcare services, a major issue here in Australia, is not also a problem in Europe. Saraceno admits that “the goals of increasing the number of places and improving the quality of services are sometimes at odds”, and the situation has not been helped by European Union monitoring that emphasises quantity over quality and does not distinguish between public and private services.

There are no simple answers to these questions. But there are lessons to be learned from other countries. Paid parental leave in its present form represents an important first step in this process. It has the potential to transform social attitudes about the relationship between parenthood and a career, and to catalyse debate about what we as a country provide for the next generations of Australians.

One final point that should not be neglected: by linking paid parental leave to the national minimum wage, the adequacy of this wage has become an issue not only for those who earn it, but also for all those workers looking to have children. It will be interesting to see whether this has any impact on the minimum wage case this year. My guess is that we are unlikely ever to see a repeat of the Fair Pay Commission’s 2009 decision to grant no increase in the minimum wage. • 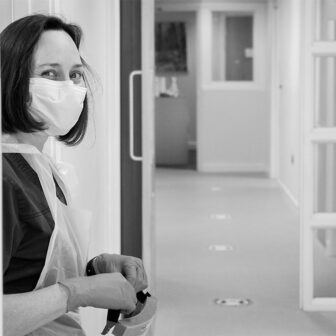