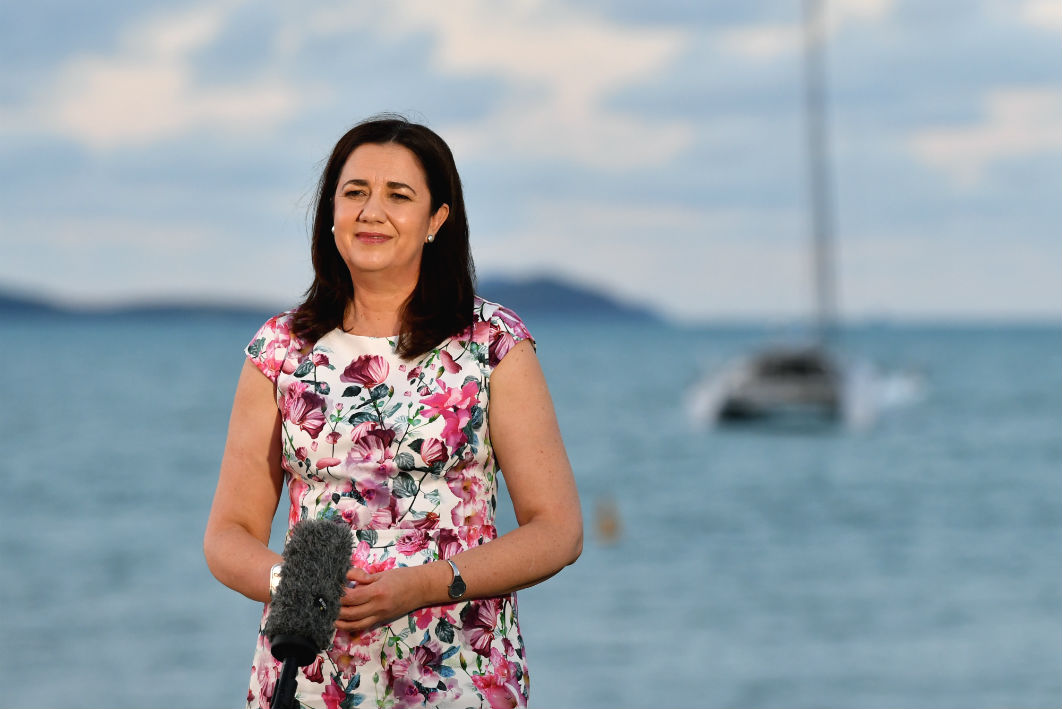 Queenslanders will vote on 25 November, and when it comes to the likely outcome, the opinion polls tell us… well, very little.

If recently polled primary-voting intentions were replicated on election day, either side could have a big win in the ninety-three-strong chamber. But One Nation, registering in the high teens in the polls, is in with a chance for several seats, and that makes a hung parliament less unlikely than hung parliaments usually are.

With such low combined major-party support (currently around 65 per cent) the pollsters’ two-party-preferred estimates are also more rubbery than usual — and at the last state election they turned out to have very high levels of elasticity.

The sky-high One Nation support makes preferences especially unpredictable. They will most likely favour the Liberal National Party overall, but by how much will depend on the party’s how-to-vote cards.

Last year the Palaszczuk government changed the voting system for the state’s single house from optional preferential voting, or OPV, back to full compulsory preferential. The last Labor premier, Anna Bligh, publicly contemplated the same move during her final term, and for the same reason: to ensure Greens votes returned to Labor via preferences.

Under OPV, around half of all voters didn’t number every square. When those ballot papers had a “1” next to a party that had no chance of being elected, they ended up “exhausting” — that is, not being part of the final two-candidate-preferred count.

The introduction of OPV in Queensland in 1992 made three-cornered contests (Labor versus Liberal versus National) even more damaging for the Coalition parties. To begin with, anyway. The growth in Greens support, and the amalgamation of the Liberal and National parties in 2008, changed that, and since then Labor has unquestionably been the casualty of the “O” in OPV.

Many tens of thousands of left-of-centre voters were putting a “1” next to Greens candidates and not allocating preferences. Labor’s decision to revert to the pre-1992 system, as cynical and undesirable as it was, made partisan sense on paper; if the 2015 election, for example, had run under the new rules, a Labor majority rather than a hung parliament would have been the likely result.

But the governor’s ink was barely dry on the legislation when One Nation staged a revival in Queensland. Whoops.

Because One Nation takes more support from the LNP than from Labor, its revival could have quite severely damaged the LNP if OPV had remained in operation. But CPV — compulsory preferential voting — came to opposition leader Tim Nicholls’s rescue!

Up to a point, at least. The result also depends on One Nation’s how-to-vote cards. If, for example, they preference the LNP across the board (and if the LNP doesn’t suffer collateral damage from an exchange of preferences), Nicholls’s Christmas will indeed have arrived a month early. One Nation will, in effect, have turned thousands of Labor votes (after preferences) into LNP ones.

Thanks to Labor’s how-to-vote cards, CPV also makes it less likely that One Nation will take seats from the LNP, or win seats from Labor that the LNP would otherwise have taken.

As a general rule, CPV is more advantageous than OPV for independents and minor parties (hence its easy passage through the hung parliament last year) because major parties routinely place them ahead of the opposing major party on their how-to-vote cards. CPV ensures no votes exhaust, thus assisting four of the five sitting crossbenchers who are running for re-election.

(Another way of looking at it is that CPV simply renders incomplete votes invalid. Watch out for a big jump in informality at this election.)

The exception to that rule is One Nation, the party of the other recontesting crossbencher. In Queensland and elsewhere, Labor puts its centre-right opponents ahead of One Nation on how-to-vote cards. In this way, CPV will damage One Nation’s chances in LNP–One Nation contests.

We don’t know what the LNP will do with One Nation on their how-to-vote cards. If the LNP does preference One Nation ahead of Labor in some electorates, and if its major opponent in those seats is Labor, then CPV will assist One Nation.

And if One Nation’s polling power endures until election day, the difference between its preferencing one side or the other in any electorate will probably make, on average, around a 2 per cent difference to two-party-preferred outcomes.

If election analysts are very lucky, One Nation will obligingly do all three — preferencing Labor in some electorates, LNP in some and neither in others, ideally in roughly equal numbers. But, as the WA Liberals found out in March, facilitating those friendly cards requires a delicate public balance.

If does all rather hurt the head. Betting markets currently favour the LNP somewhat, but that’ll chop and change with the opinion polls.

And then there is the matter of the next federal election, which Labor is odds-on to win. One of the unarguable dynamics of Australian politics is that state governments, loved or loathed, tend to drag down support for their federal party counterparts. At the last federal election, for example, Labor performed worst, swing-wise, in the two states where it had taken government after the 2013 federal contest — Victoria and Queensland.

If Annastacia Palaszczuk is still premier at the end of this year, that’ll be good news for the LNP’s chances of retaining its marginal federal seats at the next federal election. On draft redistribution boundaries, four electorates are held by the federal LNP by margins of 2 per cent or less.

One of those is Dickson, whose sitting member is one Peter Craig Dutton. An LNP win next month will bode poorly for his chances of survival beyond the next federal election.

The immigration minister tends to divide opinion, particularly among the political class. Mixed feelings might be the order of the night on 25 November. ●

The Productivity Commission’s healthcare recommendations might not go far enough, but they could still be too bold for the government 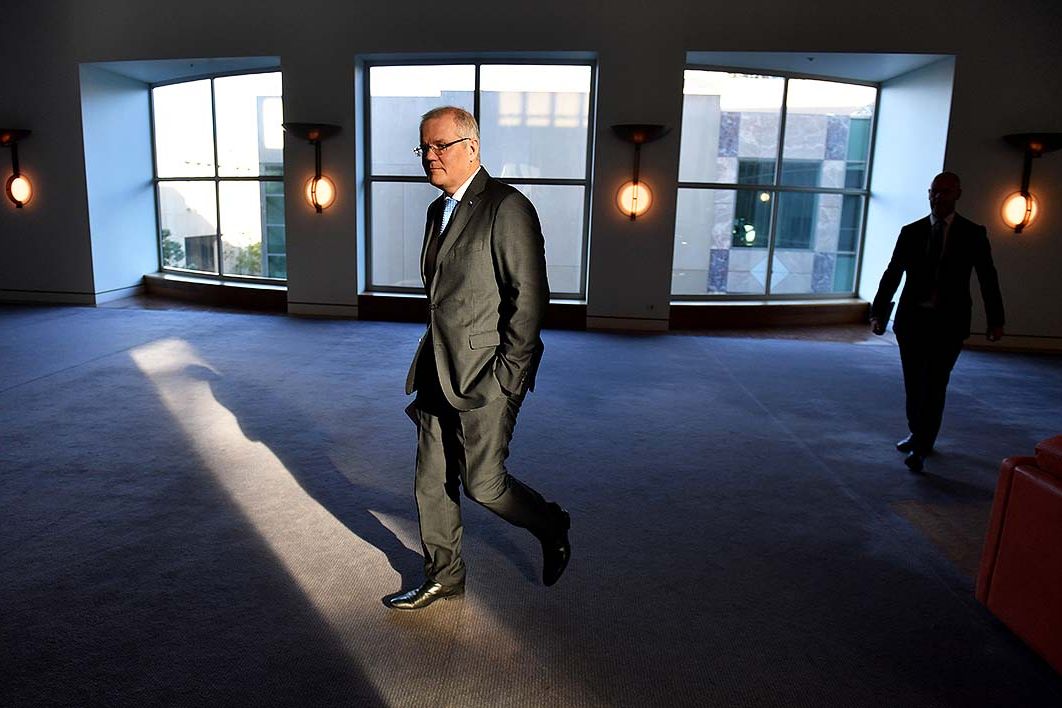