A new website allows scientists around the world to assess the quality of media coverage of climate change, writes Daniel Nethery 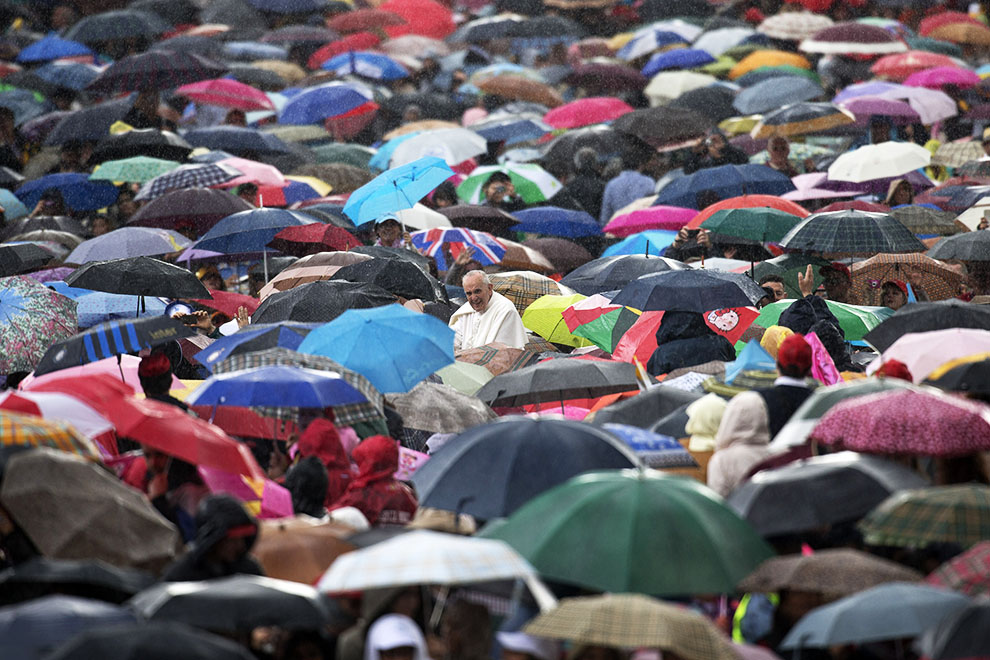 Climate Feedback found Pope Francis’s encyclical to be “strongly aligned with the scientific consensus.” Here, he is arriving for his weekly audience in St Peter’s Square in the week the encyclical was released. Andrew Medichini/AP Photo

Those who associate the Vatican with the trial of Galileo may baulk at the thought of the Catholic Church as a scientific authority. But the Pope’s decision to confront the issue of climate change raised a pressing question: how much credibility does his latest encyclical have? Climate scientists are in the best position to answer this question, but until now they have had few ways of making their voices heard.

The Climate Feedback project opens a new channel of communication. The project uses the Hypothesis online annotation platform to allow scientists to subject media reports about climate change to a process akin to peer review. Scientists can trawl through online documents sentence by sentence, chart by chart, highlighting inaccuracies and misrepresentations or adding context. Hypothesis places these annotations in the public domain, allowing readers to see exactly how the article aligns with the latest science. The scientists also provide a score for scientific credibility; the average of these scores, converted into a simple scale, is presented along with a pithy summary of the credibility of article.

So far the project, which is hosted at the Center for Climate Communication at the University of California, Merced, has focused on articles in the American media. The community already comprises scientists from across the globe, however, and the papal encyclical, which addressed itself “to every living person on the planet,” provided a particularly apt case for an response. Climate Feedback collated the assessments of nine scientists who rated the overall scientific credibility as “high.” The scientists picked up on “a few minor scientific inaccuracies,” and warned that the text “could be interpreted as understating the degree of certainty scientists have in understanding climate change impacts,” though MIT Professor Kerry Emanuel, who served as guest commentator for the evaluation, found the encyclical to be “strongly aligned with the scientific consensus about the reality and risks posed by global warming.”

Providing positive endorsement of high-profile media coverage opens up new opportunities for climate scientists to engage on their own terms with readers. The project aims to identify sources readers can trust, alleviating the doubts that can prevent people from advocating for practical measures to address climate change. As Sarah Perkins, a researcher at the University of New South Wales who took part in the evaluation of the encyclical, put it, the “encyclical discusses why the climate is changing… and highlights that climate change is no longer a background issue – it is here and now, and we need to do something about it.”

Climate Feedback has also tackled the work of Bjørn Lomborg, whose attempt to found a “Climate Consensus Centre,” backed by $4 million in Australian government funding, has stalled – for now. On 1 February Lomborg published a piece in the Wall Street Journal titled “The Alarming Thing about Climate Alarmism,” in which he argued that “much of the data are actually encouraging.” But he only reached this conclusion by cherry-picking the observations, the Climate Feedback scientists revealed. They gave the piece a credibility score between “low” and “very low.”

The Lomborg evaluation shows how Climate Feedback can provide an efficient and effective way for climate scientists to refute the unsubtle claims of climate contrarians. Until now, it’s mainly been climate scientists with high media profiles who have championed the cause. This is time-consuming, however, and does nothing to refute one of the most persistent myths spread by climate contrarians, namely the lack of consensus on the science. In response to his WSJ piece, Lomborg came under the scrutiny of seven climate scientists, who criticised specific issues in the text without having to write up a larger response. The evaluation was then covered by Forbes magazine, which presented the Climate Feedback project and gave Lomborg the opportunity to respond. Lomborg accused the scientists of being motivated by ideological considerations. This sort of argument has become commonplace and may score points in a debate between two individuals, but becomes implausible when scientists from all over the globe provide independent feedback.

Founder Emmanuel Vincent is quick to point out, however, that tackling the work of climate contrarians represents but one goal of the Climate Feedback project, and not the main one. Rather, the project focuses on providing readers with a simple guide to finding credible sources. It represents a first step away from a climate change media “debate” that too often has been dominated and even driven by contrarians. Climate Feedback provides the opportunity for established professors to contribute alongside more junior colleagues and early-career scientists, whose research may place them at the cutting edge on a particular topic, but who are unlikely to get coverage in the media. The result is a dynamic platform for climate scientists to point journalists and the public to the signal in the noise. •

Daniel Nethery is a PhD student in the Crawford School of Public Policy at the Australian National University and an associate member of Climate Feedback.

The damage (to Greece, Europe and Germany) and how to undo it

Although this week’s agreement has kept Greece in the eurozone, its impact will be dire, writes Klaus Neumann. But alternatives still remain

A protester outside the Greek parliament during the twenty-four-hour public sector and pharmacists strike on Wednesday this week. Andreas Solaro/AFP Photo 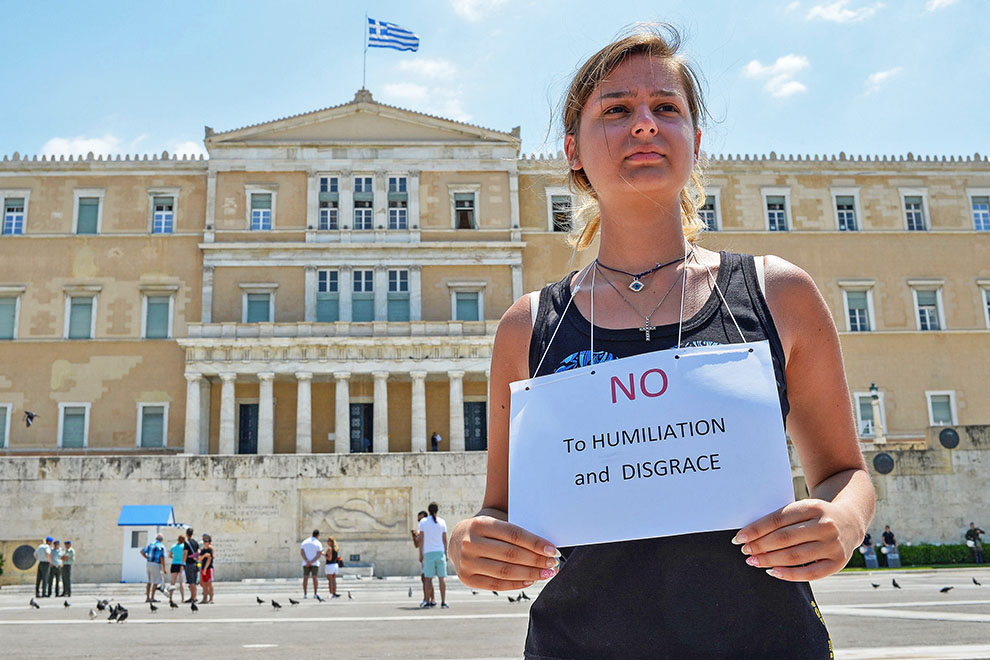 A protester outside the Greek parliament during the twenty-four-hour public sector and pharmacists strike on Wednesday this week. Andreas Solaro/AFP Photo