Populism runs up against electoral reality 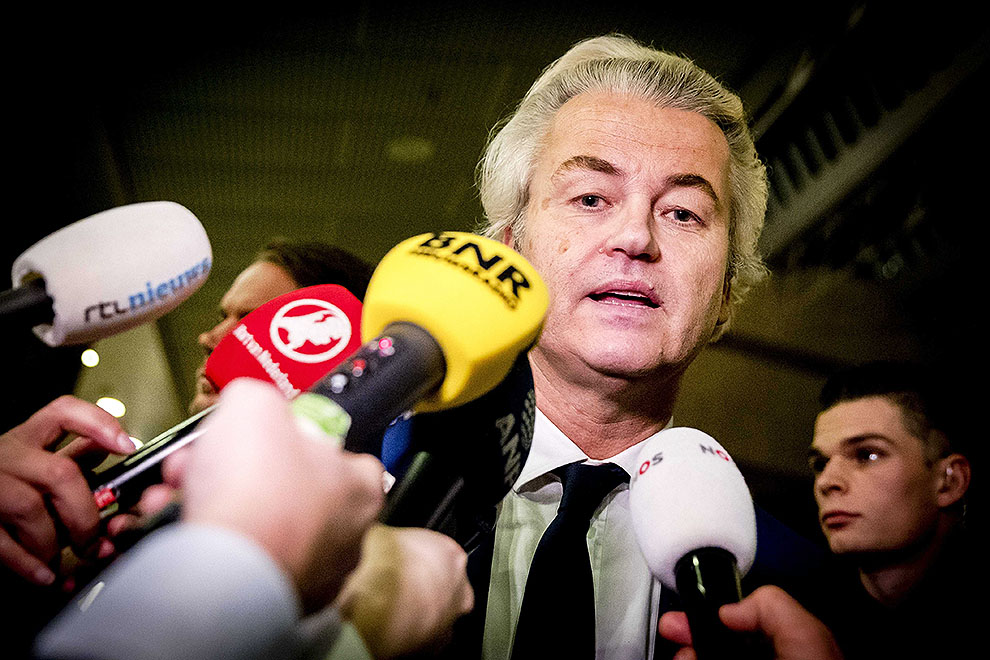 Last week was not a great one for nativist populism. Coming off the high of Brexit and Trump, fellow travellers across the globe have been angling for their own successes, but these are proving elusive. In two distinct disappointments, Geert Wilders’s Party for Freedom, or PVV, polled poorly in the Dutch general election, and the high-profile intervention of Pauline Hanson and One Nation in Western Australian politics proved something of an own goal. Taken together, these failures help illustrate the limitations of populism as an electoral platform.

In the Netherlands, the PVV enjoyed a clear lead in opinion polls through most of 2016. Wilders was sufficiently confident that he dubbed Wednesday’s vote the start of a “patriotic spring” that would sweep across Europe, returning a host of outsiders opposed to immigration, Islam and European integration. Come election day, the party attracted just 13 per cent of the vote, well down on both polling and recent results in local and regional elections, and won twenty of the 150 seats in the House of Representatives. Although a gain of five seats makes it the second-largest party behind incumbent prime minister Mark Rutte’s centre-right People’s Party for Freedom and Democracy, the tally doesn’t reflect any particular popularity. In the Netherlands’ proportional electoral system, the PVV sits outside a fractured mainstream made up of a multitude of parties nonetheless united in their support for European integration, and looks likely to be excluded from the process of coalition-building.

PVV’s underwhelming result reinforces a persuasive analysis of populism by political scientist Jan-Werner Müller. As Müller argues, populists succeed only with the complicity of the political establishment: Brexit’s Nigel Farage needed the support of high-profile Conservative MPs like Boris Johnson and Michael Gove, and Donald Trump needed the Republican Party. Yet, as Müller explains, such complicity is rare: the governments of Hungary and Poland turned to populism only after being elected, and bipartisan opposition to a populist presidential candidate in Austria ensured the victory of a moderate, pro-EU Green. In the Netherlands, on the other hand, Wilders and his party have been politically isolated, and with last week’s result Müller’s thesis appears to hold.

Back in Australia, the Western Australian election delivered not just a change of government, but also an apparent backhander to One Nation. What looked to be a run-of-the-mill defeat of a tired government with a poor economic record was spiced up when the Liberals struck a preference deal with One Nation. The deal also came at the expense of the Liberals’ traditional ally, the National Party, although the relationship between the two parties has been weaker recently in Western Australia than in other states, with an outdated rural gerrymander strengthening the Nationals and encouraging more independent behaviour.

The gambit failed. Liberal support dropped markedly in the weeks between the preference announcement and the election, and the party went on to lose two-thirds of its 2013 vote and a third of its seats, with Labor winning government in a landslide. For its part, One Nation attracted just 4.9 per cent of the Legislative Assembly vote, well down on pre-election poll figures of up to 13 per cent and forecasts of a number of likely seats. In response, Hanson dubbed the preference deal “a mistake,” arguing that her party had suffered from both the stale government and voters’ limited understanding of the preferential system. The Liberals remain insistent that it was a pragmatic necessity, despite the former premier’s unease.

It has been suggested that the deal harmed both parties: that the Liberals were tainted by their association with a controversial fringe party, while One Nation compromised its own anti-political message by consorting with the establishment. But these results should be interpreted cautiously. One Nation ran in only thirty-nine of the fifty-seven Legislative Assembly seats, meaning its localised results, at an estimated 8.26 per cent, were substantially higher than the headline figure. It attracted a similar percentage in the Legislative Council, well up on its 2016 Senate result, and will secure a number of seats.

These are perfectly respectable results for a minor party, and the fact that they fell short of the opinion poll figures is no great surprise. Polls tend to overstate support for the one or two minor parties specifically mentioned by pollsters, because those named parties benefit from the hostility to major parties that is spread across dozens of small parties and independents on election day. All the WA result really highlights is that a minor party is exactly what One Nation continues to be, and that in the present circumstances its ideas remain of limited appeal.

Nor is the Barnett government’s demise surprising. All governments have a shelf life, and when yours has presided over the end of a once-in-a-generation mining boom, a $30 billion blowout in public debt and a collapse in house prices, and you decide to campaign on a deeply unpopular promise of electricity privatisation, your days are numbered. Fringe populists aren’t going to drag an exhausted, unpopular government over the line any more than an exhausted, unpopular government is going to open the electoral door for fringe populists.

What is interesting about the result is the light it throws on a key question raised by Müller’s analysis: why is it that the establishment embraces outsider populists and their politics? It may be that establishment politicians are cannily exploiting populist undercurrents for their own ends, or are perhaps forced into meeting populist demands by insurgent electoral threats. To some degree these are the same thing. Nor is reactive policy-making necessarily a bad thing in a democracy: the political class holds no monopoly on reason, as Scott Morrison’s serenading of a lump of coal amply highlights. (As a metaphor, “fiddling while Rome burns” has rarely been more apt.)

Indeed, the bulk of what’s called the Australian Settlement – the protections created by the early Commonwealth and developed by Menzies and Whitlam into the contemporary Australian welfare system – reflects such a process. Though frequently driven by Labor, these policies were often supported, or at least tacitly accepted, by establishment conservatives, motivated both by electoral competition with their decidedly popular opponents and by existential, cold war–era fears of the popular appeal of communism in systems without such safeguards.

In any case, the Barnett government’s motivation – electoral desperation – was clear enough. There is a parallel here with Hanson’s first appearance on the Australian political stage, back in the late 1990s. Her continuing profile stems primarily from the response of John Howard, who adopted her ideas in a moment of panic and was lucky enough to have subsequent global events (and the tendency of the opposition and media to understate their impact) weld this into a myth of political genius. The consequences have been far-reaching, with the grand narrative of contemporary Australian politics resting on decidedly shaky foundations.

Broadly, this is the argument: in a feat of masterful political strategy, John Howard saw that a section of the Australian electorate, particularly in Labor’s electoral base, was alienated by large-scale migration (and especially unauthorised migration) and had peeled off to One Nation. By appealing to that constituency, he both undermined the Labor opposition and neutralised a rising threat from the right.

Yet this characterisation fundamentally ignores the realities of the time. Howard was meandering towards defeat in 1998 not because of One Nation but because he was perceived to stand for nothing and to have achieved little. He was returned to power from a minority of the popular vote thanks only to structural quirks of the electoral system. The next election, in 2001, looked no brighter until global events granted him purpose (though the political class errs heavily in crediting the Tampa rather than the 11 September attacks for the electoral boost).

Once Iraq had been exposed as a disaster and the potency of the “war on terror” narrative had petered out, the Australian public was quite content to turf Howard out in favour of an alternative so identical in other respects that Kevin Rudd’s differentiation hinged on just two key policies: repealing the WorkChoices industrial relations policy and dismantling the apparently fundamental border protection policy. While border protection would receive a new lease of life with Tony Abbott’s 2013 “Stop the Boats” campaign, Abbott’s own collapse in popularity – despite having followed through on that pledge – again belied the issue’s supposed electoral importance. Yet therein lies the assumed relevance of Hanson and One Nation.

Policy is undoubtedly important, but voter behaviour in this country is predicated on how competent the sitting government is perceived to be. That perception derives directly from voters’ feelings about their own wellbeing, which they base on the health of the economy (and hence job markets) and of the welfare, healthcare and education systems. Hence, the endurance of the Australian Settlement. Yet these factors are becoming more difficult to manage in a world of weak economies exposed to global instability. By so thoroughly embracing neoliberalism and abrogating policy control to the market, establishment parties have diminished their capacity to demonstrate purpose and have hence undermined their own raison d’être. This is where populism comes in.

With its capacity to promise a return to the old ways without giving up the benefits of the new, and with no consideration of how to deliver, populism neatly sidesteps the constraints of reality. When populists do occasionally win power, these contradictions rise to the surface – as the ongoing dramas that are Brexit and Trump demonstrate – and they are able to offer little beyond a continual shifting of blame. Misdirection only lasts so long, however, because populists in power lose their capacity to position themselves against the establishment. Unless populists can develop a position sufficiently coherent and sustainable as to transcend the confines of populism itself, their appeal remains as limited as their efficacy, usually in the short term but always in the long.

We are left with a strange and delicate balance, with populists of sufficient strength to scare an establishment in decline, yet no capacity to replace it in form or function. And so, in the face of their own fading relevance and popularity, the old parties must hold their nerve, even at the price of electoral oblivion. To France and Germany we now turn – or, in our own little corner, to Queensland, and to the depths to which a desperate federal government may yet stoop. •

Books | Coinciding with the centenary of the Russian revolution, a compelling biography of the communist revolutionary plays down politics in favour of the personal 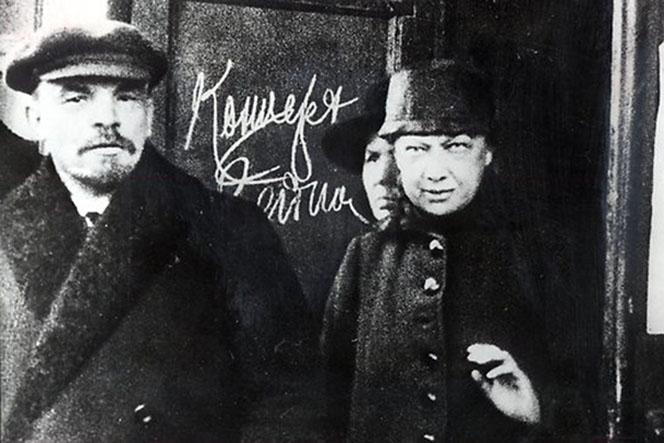