Post-truth politics: a short look at a long history

Political life has always had an ambivalent relationship with verifiable facts 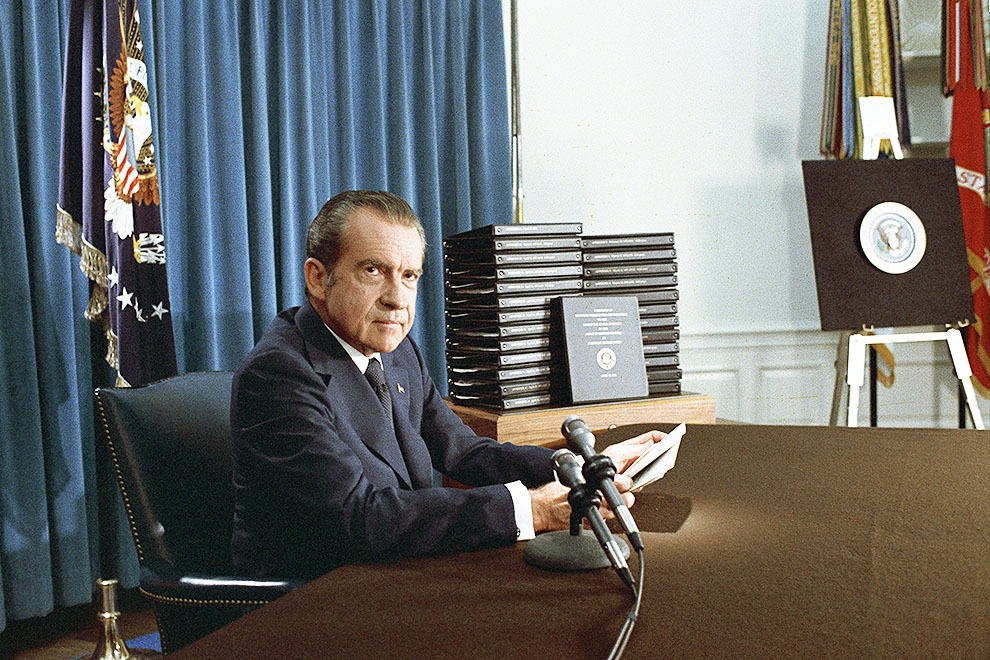 “Thieves steal, killers kill, politicians lie” goes the old saying, suggesting that a certain sense of functional determinism has long been evident in political life. With the dawning of the Trump era, are we therefore being a little harsh in branding departures from perceived truth as “lies” when we live in a universe of “alternative facts”?

Welcome to the brave new world of epistemological nihilism – the doctrine that holds that one statement is just as valid as any other.

Certainly, Donald Trump has a novel attitude towards established facts and verifiable truths. But far from being an innovator he is merely the latest (though perhaps the most audacious) in a line of political dissemblers that stretches far back into history.

That wily old Greek, Plato, lent a certain legitimacy to economising on the truth twenty-five centuries ago when, watching aghast at the growing presumptions of democracy, he wrote in The Republic that there was such a thing as the “noble lie” – a lie that was not only forgivable but even admirable so long as it was carried out for moral ends. But it was not a tool for everyone: only the wise ruling class, of which he was a card-carrying member, was entitled “to use falsehood in dealing with citizens or enemy for the good of the state.”

Many centuries later, the crafty Machiavelli, in his dissertations on the nature of political power and how to hold onto it, dispensed with the moral cover, urging the prince to act with violence and deception, and to acquire the skills of “a great feigner and dissembler,” to ensure his survival.

Plato and Machiavelli influenced the twentieth-century political philosopher Leo Strauss, patron saint of the American neoconservatives. Strauss drew on both men’s writings in rejecting the Enlightenment idea that truth would liberate all humanity if it were allowed to prevail. No, argued Strauss, it could more easily dissolve the fragile bonds that hold society together; truth placed too great a burden on the people. “Not all truths are always harmless,” he warned.

In Nineteen Eighty-Four, with the propaganda efforts of the second world war still fresh, George Orwell created a fictional world dominated by the untruths he called “newspeak” and “double-think.” In the novel, the latter yielded the deliberate absurdities of “war is peace” and “freedom is slavery,” while another slogan, “ignorance is strength” exhorted the people to accept as fact everything the leader told them.

Double-think characterised the Watergate scandal, which engulfed Richard Nixon’s presidency in the early 1970s and eventually forced his resignation in 1974. This is a textbook study of the abuse of political language, about which Orwell warned in his novel and in his much-read essay, “Politics and the English Language.”

In his article “Watergate Lingo: A Language of Non-Responsibility,” philosopher Richard Gambino found dissembling, concealment and subterfuge everywhere, most notably in the recordings of conversations between Nixon and his staff in the Oval Office. People subjected to illegal wiretaps were not victims but “targets.” Burglary became “surreptitious entry”; the casing of the Watergate complex to plan the illegal break-in was “a vulnerability and feasibility study.” “Pre-situation” and “post-situation” were among the Watergate phrases that severed events from connections and relationships, and hence from responsibility.

But the real clincher came from Nixon’s press secretary, Ron Ziegler. As the investigation into Watergate unfolded and it became clear that all the previous denials were untrue, he famously admitted that his previous statements had become “inoperative.” This useful word could mean that (a) they were not true in the first place, (b) he was sorry he made them, or (c) he thought they were true at the time but now knows they weren’t.

As the cultural critic Christopher Lasch noted in The Culture of Narcissism, “Many commentators assumed Ziegler was groping for a euphemistic way of saying that he had lied. What he meant, however, was that his earlier statements were no longer believable. Not their falsity but their inability to command assent rendered them ‘inoperative.’ The question of whether they were true or not was beside the point.” (Italics added.)

Here we are in the world of “alternative facts.” It is the political equivalent of shifting the goalposts to ensure victory – or “heresthetics,” as the Harvard political scientist, William H. Riker, called it in his book The Art of Political Manipulation (1986). Riker, a rational choice theorist, defined heresthetics as “structuring the world so you can win.”

But it’s when we fast forward to the more recent past that we find the clearest evidence of the trajectory that Donald Trump has followed. The invasion of Iraq, under the pretext of searching for weapons of mass destruction that didn’t exist, rested on “alternative facts” from the start. London and Washington heavy-hitters made sizeable dents in political credibility as they scrambled to justify the unjustifiable and defend the indefensible. Chilling, indeed, was British prime minister Tony Blair’s curt dismissal of evidence contrary to his position – “I only know what I believe”– to a disbelieving Labour Party conference in 2004.

In The Rise of Political Lying (2005), a critical study of Blair and New Labour, political journalist Peter Oborne argues that New Labour didn’t just set out to win power, it also set out to “obtain ownership of the truth.” Oborne traces a pattern of dissimulation and deception in Tony Blair’s career, from palpably bogus claims of increased government spending on health and education in the 1999 budget to falsification of his stand on fox-hunting, even going back to a fudged CV when he was seeking Labour endorsement in the 1980s.

Like Orwell before him, Oborne noted the implications for democracy if falsehoods went unchecked. They constitute “a form of non-violent assault upon the electorate,” he wrote, by depriving voters of “their right to make a balanced and well-informed choice at the next election.”

Across the Atlantic, the New York Times’s Ron Suskind put contrary evidence about Iraq to a senior (unnamed) Bush White House official only to be told that people like him (Suskind) were “in what we call the reality-based community.” The official put Suskind among the “people who believe that solutions emerge from your judicious study of discernible reality.” To a stunned Suskind, the official continued: “That’s not the way the world works any more… We’re an empire, and when we act, we create our own reality. And while you’re studying that reality – judiciously as you will – we’ll act again, creating other new realities, which you can study too, and that’s how things will sort out.”

As Peter Oborne writes, the consequences of the two governments’ behaviour are startling: “It gives Bush or Blair total freedom to make whatever statements they like about Iraq, about weapons of mass destruction, or for that matter to attest that the moon is made of green cheese.”

Alternative facts have been with us for some time, only now they have been given a name, however absurd. For Tony Blair and George W. Bush (not to mention the thousands of people killed, injured and displaced as a consequence of the invasion and its continuing reverberations), the pursuit of an alternative reality ended badly. Not only were they wholly discredited, but the damage inflicted on democratic institutions and the erosion of public trust were incalculable.

We have no reason to doubt that the same won’t happen to Donald Trump – but perhaps the collateral damage will be even worse, given his explicit disdain for what most people regard as reality. •

Norman Abjorensen of the ANU Crawford School of Public Policy is the author of The Manner of Their Going: Prime Ministerial Exits from Lyne to Abbott (2015) and several books about the Liberal Party and its leaders. He is writing a history of democracy.

Television | Released from behind his desk, Shaun Micallef proves to be a gifted explorer

Lost in order to be found: Shaun Micallef on his pilgrimage. 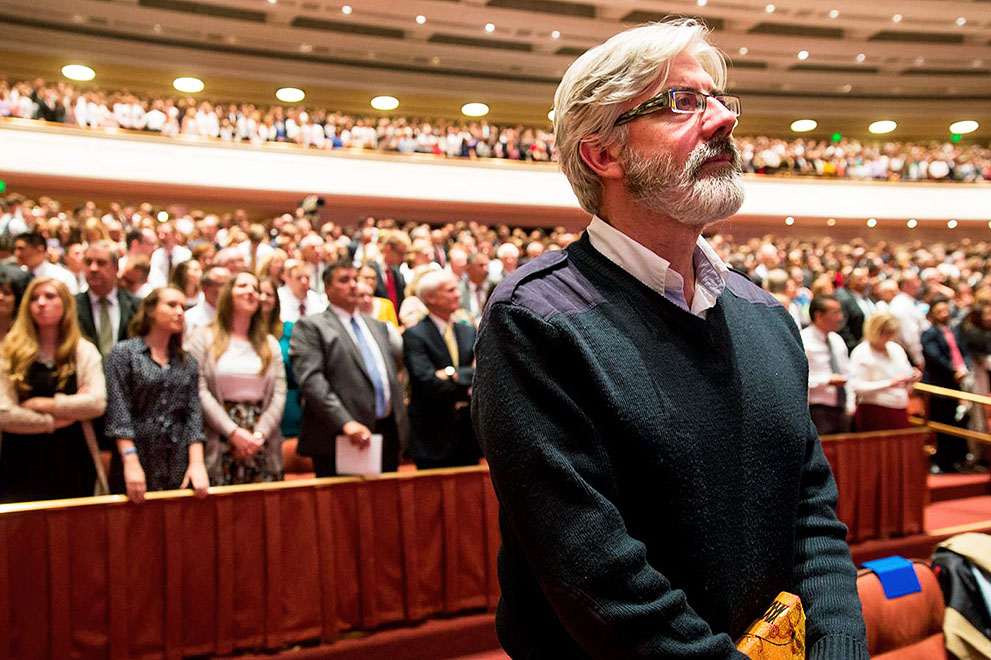 Lost in order to be found: Shaun Micallef on his pilgrimage.