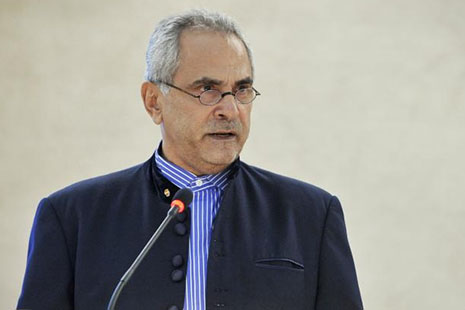 TIMOR-LESTE goes to the polls again on 17 March to elect a new president for a five-year term. While the president’s role is largely symbolic, and government is formed at the parliamentary elections in June, the election is important in several respects. First, it will set in place part of the leadership that will take Timor-Leste beyond more than a decade of major state-building and security assistance. Both the United Nations policing mission and the Australian-led International Stabilisation Force are set to withdraw at the end of 2012, leaving in place a smaller UN political mission and Australia’s defence cooperation program. Though Timor-Leste has been relatively stable since the attack on President Ramos-Horta in early 2008, this transitional period will test the nation’s young democracy, its often fractious political elite, and its reformed security institutions.

Thirteen candidates will take to the hustings, including two surprise independent entrants: Rogerio Lobato, the former interior minister convicted of distributing weapons in the 2006 crisis; and Angelita Pires (the former lover of the major-turned-rebel Alfredo Reinado), who was acquitted last year of involvement in the attack on Ramos-Horta. With a strong likelihood that no candidate will reach 50 per cent, the top two candidates will run-off in a second election in April.

National political legitimacy remains strongly associated with resistance to the Indonesian occupation in 1975–99. Among the leading contenders, the three wings of the East Timorese independence movement are represented. The current incumbent and mainstay of the diplomatic front, José Ramos-Horta, surprised some by renominating late in a competitive field. In a sign of Timor-Leste’s own leadership tensions, he does so without the backing of Prime Minister Xanana Gusmao’s CNRT party – the National Congress for Timorese Reconstruction – an advantage he enjoyed in 2007. Though the two were once strong political allies, the president has at times been critical of key government decisions, most recently in relation to the size of the 2012 budget requests, in a year that may involve a change of government by July. Lacking major party support, Ramos-Horta’s path to re-election is far harder this time around. But he remains more popular with ordinary Timorese than with political elites, and it would be unwise to write off his chances. He will be banking on receiving some party endorsements in the run-off round if he is able to place in the top two.

The Falintil military resistance is well represented, with retired defence force commander and former guerrilla leader Taur Matan Ruak up against opposition party Fretilin’s candidate Francisco “Lú Olo” Guterres. Both are respected “twenty-four-year” veterans of the armed conflict. If either wins, these elections will break the cycle in which three leaders – Xanana Gusmao, Ramos-Horta and Mari Alkatiri – have dominated the positions of prime minister or president since independence. It will also see a shift to the very youngest members of the “1975 generation” of independence movement figures. A fourth candidate, Fernando “Lasama” Araujo, is currently president of parliament and is a former leader of the less celebrated but influential clandestine resistance, which was dominated by the youth of the 1980s and 1990s. Lasama’s respectable third place finish in 2007 is unlikely to be repeated in 2012, partly because another member of his Democratic Party is also running. A more historic shift to a younger generation, raised during the Indonesian occupation, will have to wait until at least 2017.

Though an independent, Taur Matan Ruak’s campaign has recently received the formal support of CNRT. Ruak is respected by all the other major parties, has active campaign team members from several, and will attract support among younger East Timorese and those disaffected with current elites. For these reasons, it is likely that CNRT sees mutual benefit in the association. For his part, Lú Olo brings the relatively disciplined vote of the largest party, Fretilin, giving him a strong chance of making the second round.

Now that the formal campaign period has begun, many will be awaiting candidates’ policies on the use of the president’s limited powers. These include the formal appointment of a new government following parliamentary elections. Though bound to appoint the party or alliance with a majority, the new president will play a key role in maintaining national unity during and after the formation of a new government. Unlike during the heavily monitored election period itself, the president’s role as a national leader is critical to stability at this latter stage, and frequently underrated.

The competitive requirements of presidential campaigning can of course undermine that part of the role. As the leading candidates position themselves during the campaign, there is a risk that issues from the 2006 political–military crisis will be dredged up once again. A slightly jarring opening attack from Ruak on the former Fretilin government’s role in the crisis highlighted this potential. Ruak himself is not immune: he was the Defence Force commander at the time of a major split in the force, when 600 “petitioners” alleged discrimination against soldiers from the western districts of Timor-Leste. Along with other senior figures from the government and police, he was recommended for prosecution by the UN Commission of Inquiry report into the 2006 crisis – in his case, for distributing arms to civilians – though this was subsequently dropped for lack of evidence and appears to have had little impact on Ruak’s popular reputation. How each of the candidates deals with the troublesome legacies of 2006 may influence the wider course of national politics in 2012.

Other presidential powers include a limited veto over legislation, the power to refer legislation for constitutional review, and the power to issue pardons. Ramos-Horta’s pardons of former pro-Indonesian militia, and of his own attackers in 2008, has furthered an elite agenda of reconciliation but proved more controversial among a populace seeking justice for past crimes. Long-delayed parliamentary debates will shortly resume over a national reparations law for victims, a national institute of memory, and a follow-up body to oversee progress on Timor-Leste’s Truth and Reconciliation Commission recommendations. Less controversial programs have also stalled, including the work of the Australian–Argentinian International Forensic Team, searching for bodies of the disappeared and proposing a low-cost Victim Identification Centre. Their short-term funding from the East Timorese government has expired, and currently awaits renewal. The return of this debate to parliament will hopefully encourage presidential candidates to state their positions on these significant issues.

Finally, in a country without opinion polling, the first presidential election offers the best indication of party support for the parliamentary elections to follow. In 2007, party votes broadly mirrored those of their formal or unofficial presidential candidates. The March election will be keenly watched for signs of how party support has shifted, and the run-off in April may indicate how smaller parties will lean in future parliamentary coalition negotiations, in the form of endorsements for the final two candidates.

Sadly for domestic and commentators, this presidential election is unlikely to prove quite as reliable a poll guide as 2007’s, with both Ruak and Ramos-Horta likely to draw cross-party support, and at least one significant party, the Social Democratic Party, not fielding a candidate. Much will depend on whom the third and fourth placed candidates support once eliminated from the ballot. Ruak’s team has every right to consider him a frontrunner in 2012, but he is up against a giant of national politics and a third candidate whose tight support may allow just one other to progress to the run-off. Even if unsuccessful in 2012, Ruak may be offered the defence ministry, preserving his talents and profile as a key player to watch for the future.

What Ramos-Horta does next if unsuccessful will be closely watched. While any new government would find him hard to overlook as foreign minister, there is every chance he may instead look abroad at other senior opportunities, marking the first departure of a key historic leader from the national stage. •

Michael Leach is Associate Professor in Politics and Public Policy at Swinburne University of Technology.