Joe Biden’s climate policy would have big repercussions in Australia 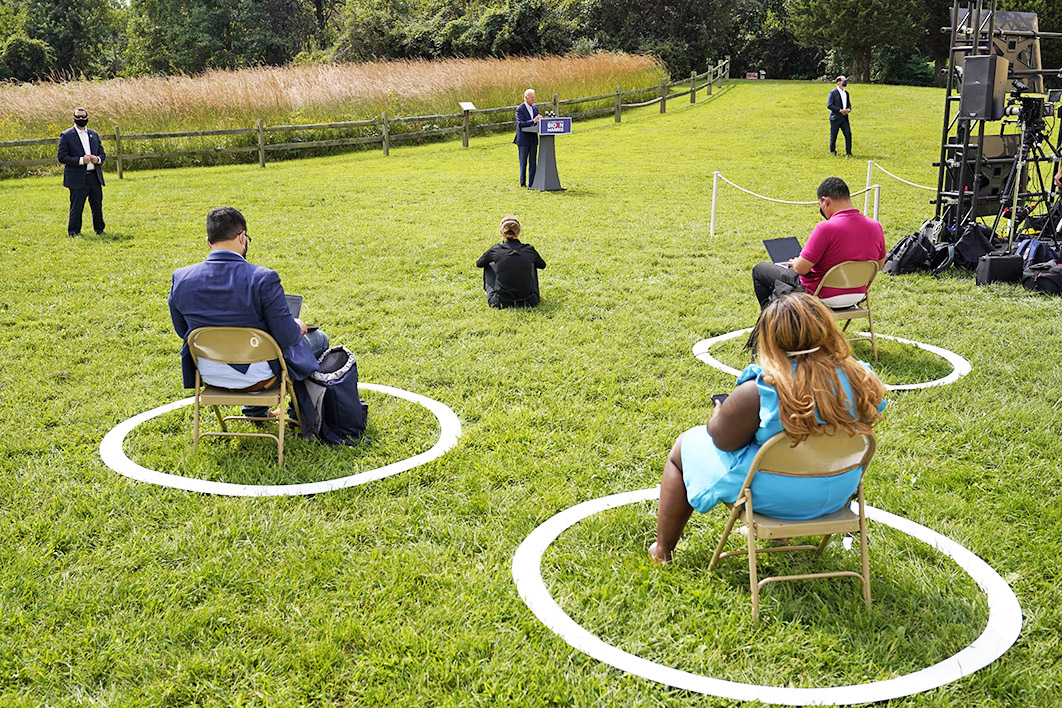 Australia’s climate change war is longstanding, embedded in the wider culture wars, and oh so tedious.

It began in 2010 with the Labor government’s serial capitulation to the opposition’s campaign against its carbon pollution reduction scheme; first it dropped the policy, then it dropped the prime minister. If it had held its nerve it would have easily won re-election, Tony Abbott would have been replaced as Liberal leader, and the chastened Coalition would have learnt the lesson that it aggressively opposes climate change action at its peril. A carbon price would have been introduced in the 2010–13 term, as one indeed was, but in this counter-scenario it would have survived a change of government.

There would still be plenty of argy-bargy about coal and gas and so on, but we’d be doing our bit.

But is all the fuss about Australian climate policy, ramped up this week by Scott Morrison’s announcement of a gas-fired recovery, really worth the effort? It’s reminiscent of the carry-on a decade and a half ago about Australia’s involvement in the Iraq invasion disaster. “Bush, Blair and Howard must be brought before the Hague!” In truth, Australia’s role in that catastrophe was minuscule. As none other than its undying supporter, the Australian’s foreign editor Greg Sheridan, put it a few years ago on Radio National, “We basically didn’t do anything in Iraq, and we didn’t do much in Afghanistan.”

We Australians have a chippy tendency to overstate our importance in world affairs, and action on global warming is a prime example.

And spare us all the “moral challenge” guff (thanks for that, Kevin). The task is deeply technocratic, like tariff reduction was decades ago. Short-term pain for long-term gain, while prioritising people who find themselves out of a job. But the problem — the reason we succumb to freeloading — is that the effort needs to be collective. Whether we (or any small- to medium-sized country) does its bit on its own is largely irrelevant.

During last summer’s bushfires, the world’s media consumers were introduced to Scott Morrison as a “climate change denier.” It’s more accurate to say he’s a denier of the desirability of Australia’s taking much action. And that’s because his party and its Coalition partner are riven by the issue. As David Crowe pointed out in the Nine papers on Friday, some on the right of the Coalition even object to the PM’s prioritising of gas over coal.

It’s autumn in the United States, and they’re suffering heat and horrendous fires reminiscent of our own (was it only nine months ago?). The themes in the coverage are familiar to Australians, from denial/nitpicking about the role of global warming to social media stories about left-wing activists starting the fires. But there is one big difference.

America produces about 15 per cent of the world’s greenhouse gases, while Australia emits about 1 per cent, so the entreaties to “do something!” make more sense there. It’s not a stretch to say that unilateral action would make a difference.

More importantly, America (still) has international clout. Democrat contender Joe Biden’s climate change policy devotes many words to the “Green new deal,” but there’s also a fair bit about prodding the world to act (mostly aimed at China, overtly or otherwise). He “will ensure [climate change] commitments are transparent and enforceable,” for instance, and use “America’s economic leverage and power of example” to “stop countries from cheating.” The United States will “no longer separate trade policy from our climate objectives.”

Here’s the kicker: “The Biden administration will impose carbon adjustment fees or quotas on carbon-intensive goods from countries that are failing to meet their climate and environmental obligations.” Last year the European Union (about 17 per cent of greenhouse gases) announced similar ambitions. Such plans send shivers down the spine of observers who detect creeping protectionism, but they might be the planet’s best hope.

The problem — and not just in Australia, although we are among the worst — is the old prisoner’s dilemma: why should each country do anything when individually it makes so little difference? A “carbon border adjustment” of the kind mooted by Biden and the European Union says to other countries, “We’re pricing our own carbon, and if you don’t do the same, we’ll do it for you on your exports — and pocket the proceeds.” So much easier to sell domestically than a unilateral carbon price. Taxing imports and subsidising exports might offend policy purists, but its visceral appeal, particularly in a climate of growing nationalism, cannot be denied.

America’s taxing — sorry, “adjusting” — China’s imports would encourage the latter to get serious about tackling its addiction to coal. That would reduce its imports of our coal, and be a step towards making redundant the hand-wringing in this country about the “embedded” carbon in our exports.

With luck, this scheme would prove contagious. Countries would respond by pricing their own carbon (so they get the revenue), at least in their exports and, to lessen the pain, creating their own border adjustments.

(Biden does not promise an actual carbon price for America, but it, or an implicit price, which the “new deal” and actions already being taken could be characterised as, would need to be part of the equation.)

Yes, border adjustments would decrease the effectiveness of a carbon price in the United States (and in any country that implemented one), precisely because it mitigates the impact of that price on local producers. Is that such a bad thing? It makes the policy more saleable to a domestic audience. And in the long run either the planet is a lot hotter, with all the misery and economic mayhem that would entail, or (virtually) everyone is pricing carbon. And if everyone is pricing carbon, the mechanism makes no difference, it could be Australian 2012–14-style carbon prices, consumption taxes, border adjustment or something else.

The Business Council of Australia calls such schemes “carbon protection.” There are certainly potential problems and perverse incentives, but then the option of unilaterally pricing carbon (as we did for two years) has them as well, with encouraging manufacturers to move offshore the big daddy of them all.

Even with an internationally agreed set of rules, border adjustments would be messy. And the danger of a trade war would be real. But would that be worse than the alternative?

Australian global warming politics is broken. If we’re too hopeless to price our carbon, someone else should price it for us.

Worrying about what our government does or does not do about all this is not worth the stress. What would potentially make a huge difference is a big Biden win, with a Democrat-controlled Senate, in November.

That is something to hope for. •