Hot-button doesn’t necessarily equal vote-winner, says Peter Brent. The question is why the Coalition distracts itself from its core message 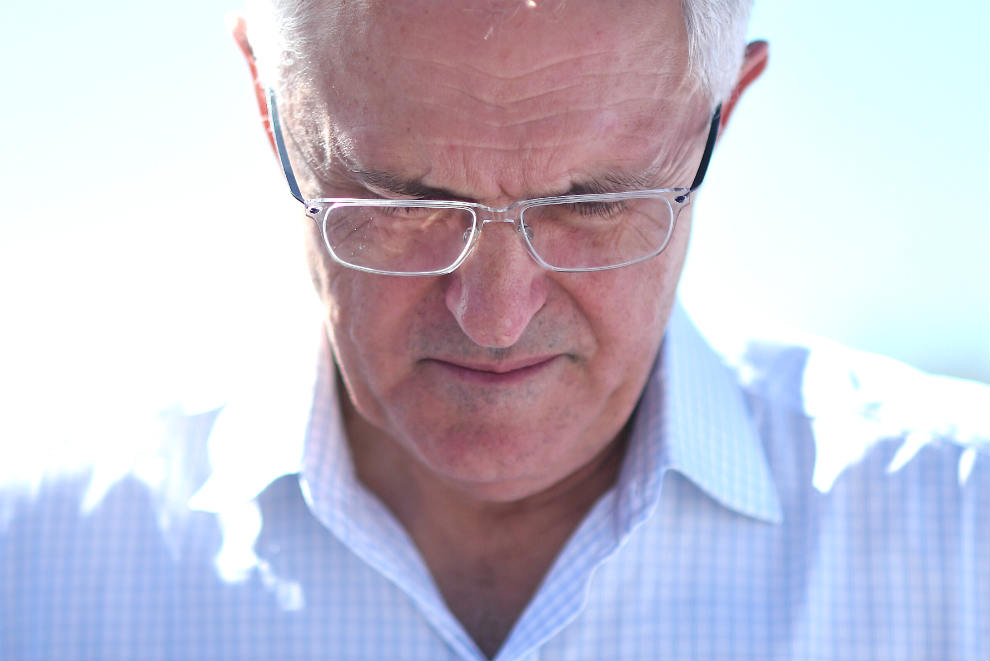 When Malcolm Turnbull toppled Tony Abbott to become prime minister last year, he promised a fresh era. Citizens would be treated as adults; slogans and party song-sheets were a thing of the past; policies would be discussed with maturity and honesty.

The electorate reacted positively, and the new PM and his government were soon enjoying big opinion poll leads. Had the honeymoon continued through 2016, the dignified Malcolm would probably still be with us, but instead the surveys tightened and Turnbull morphed into a commodity intimately familiar to Australians: a prime minister running for re-election. This has always involved prosecuting, front and centre, a ferocious scare campaign against the opposition and the supposed calamities that would befall the country if it ever took power.

In 2016, the “be very afraid of Labor” message ranges across housing policy, an emissions trading scheme, boats and union influence. Most of all, though, it’s about economic competence: debt and deficits and the perceived disaster of the Rudd–Gillard years.

Earlier this week Turnbull gave a measured speech on the importance of border protection, wrapping it up with economic security and the success of Australian multiculturalism. Then, on Tuesday night, immigration minister Peter Dutton leapt out of the trenches in a friendly Sky News slot, thundering about illiterate and innumerate refugees who not only take Australians’ jobs but also “languish in unemployment queues and on Medicare [at] huge cost.” The denigration of people arriving under humanitarian resettlement sits uneasily with the Coalition’s longstanding position that refugees who join an orderly line are good, and queue-jumpers are bad, but such distinctions are always lost on this emotive issue.

Perhaps that morning’s strategy phone hook-up had included a pep talk on borders, but Dutton’s extravagance was surely more stuff-up than conspiracy. It put Turnbull in the uncomfortable position of having to pretend Peter had actually been saying something altogether different.

The entire political class is convinced that “boats” are a powerful driver of votes at elections, as if all the Coalition ever has to do is flick the switch and success is theirs. I don’t believe that, and have written about why.

Post-hocery saturates our political analysis – if an issue was high-profile in the campaign, it must have decided the result – and fifteen years after the Tampa and children overboard Australian politics remains cursed by those events. Party pollsters can wave around their research “showing” the “salience” of boats, refugees and immigration, but these results are never free of researchers’ value judgements and in-house effects.

Back in 1988 Howard as opposition leader came up with the hugely popular idea of slowing the rate of Asian immigration (a Newspoll had more than three-quarters support) but it ultimately shrivelled his stature and contributed to his first downfall the following year. The politics of immigration, and that proxy, boats, is complex. Something can be hot-button but not ultimately a clear vote-winner.

In 2016 the growing club of Labor candidates (in mostly unwinnable seats) publicly umming and aahing about boat turnbacks and/or offshore processing is very unhelpful to Bill Shorten and the opposition. At a general level it indicates disunity and fuels the theme that this outfit is not yet ready to govern. More directly, one of the reasons that asylum seekers are (in my opinion) grossly overstated as an electoral issue is that Labor and the Coalition have always been, policy-wise, approximately as one.

(In 2007 Labor promised to abolish offshore processing, while retaining onshore mandatory detention. It ultimately facilitated a big uptick in boat arrivals, but at the time the change meant little to the bulk of voters.)

Liberal spear-carriers might have popped corks yesterday at their side’s comprehensive “win of the day,” but ultimately the turmoil was a distraction from their campaign. Voters are essentially much more interested in the economy, and that’s an issue the Coalition owns. Labor’s economic credibility has been so shredded that the Coalition looks at least tolerable by comparison.

In a rational, strategic world the government would not wander down these dead ends. Why then would a senior minister produce what amounts to a sugar hit?

An article by Tom Switzer in the Sydney Morning Herald on the weekend provides an insight. Switzer hosts an ABC program on foreign policy, Between the Lines, which showcases his impeccably realist credentials. But he is also a long-time Liberal player, a former staffer and sometime aspiring preselection candidate, and in the big tribal divide of today’s Liberals he sits deep inside Abbott territory. That is, he is against Turnbull. And that means he’s heavy on the cultural combat gear and highly partial to ideological bells and whistles.

Switzer’s article was a full-on attack on Turnbull’s leadership style and contained this empty threat: “I know many life-long Liberal partisans who won’t vote for the Coalition on July 2. Most will even put Labor above Liberal on the ballot paper.” (It’s empty because a large phone box will be big enough to hold the number of Liberal rusted-ons who will preference Labor ahead of their party on 2 July.)

Turnbull’s crime, apparently, is that he “won’t prosecute the case against Labor’s ETS [emissions trading scheme] on 2 July nor will he unashamedly defend tough border protection.” This amazing alternative reality provides a glimpse into the mindset of the self-proclaimed Liberal base: policies and even electoral success come second to prosecuting the ideological war.

Howard legitimised anti-refugee rhetoric in Australia’s centre-right party, and a portion of the Liberal movement remains attached, emotionally, at the level of personal identity. It’s driven by sense of self: on border protection (and on climate change) they see themselves sitting with the mass of “ordinary” Australians against inner-city elites. And they insist a government campaign drips with these elements.

The conservative Dutton, in friendly company, chatting among friends, gave Sky News viewers what they wanted to hear. It was for the true believers, not the voters. This side of the election, Turnbull lacks the authority to pull colleagues like the immigration minister into line.

Meanwhile, other Liberals just want to remain in government after 2 July. And that, inevitably, will mean returning to what really matters, economic security. Though the base will continue to do its best to drag them off course. •